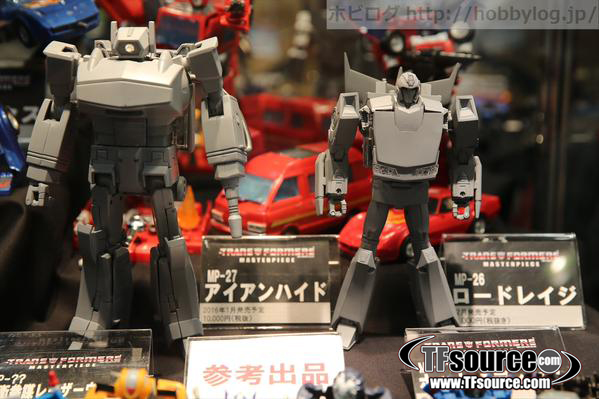 Thanks to images from K-Hobby and Hobbylog.jp posted last week from the All Japan Model and Hobby Show 2015, we got our first look at all new prototypes for Transformers Masterpiece Shockwave and Hot Rodimus! In addition to the imminent release of Masterpiece Tracks, Road Rage and later Ironhide, Takara Tomy shocked most of the community by dropping major masterpiece news in the shape of Quakewave-challenging Shockwave and a new take on the ever popular Hot Rodimus (Hot Rod). 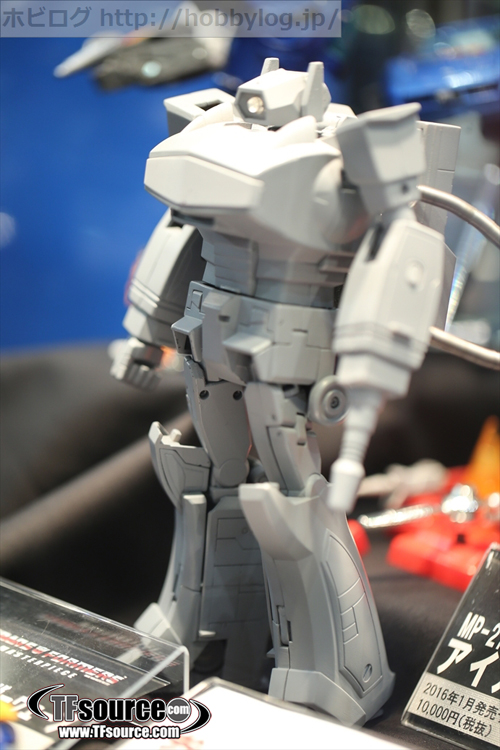 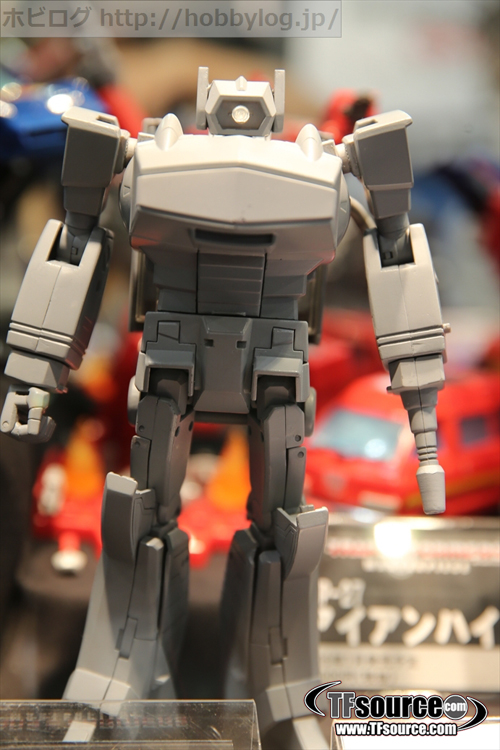 Inevitably, with a reissue of the incredibly successful, popular and so-called game-changing FansToys Quakewave due for release in the near future, the news of an official Masterpiece Shockwave will have caused some collectors to squeal at the irony. For those who have purchased Quakewave second hand only recently, they’ll have just bought themselves a magnificent collector’s item, and for those who were just filling the gap until an official one came out, unfortunate timing. For those who have had Quakewave since the first releases two years ago, I should imagine this will be happy news regardless because 2 years with Quakewave was 2 years of pleasure, and it’s hard to put a price on that, or to assign any suddenly-realised regret to that. 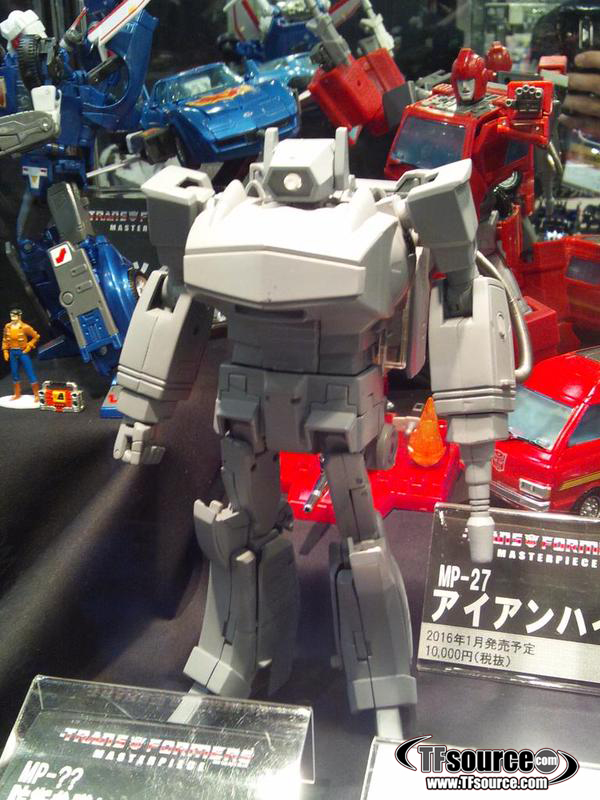 This rather smart looking MP Shockwave has an under-slung hose straight out of the box, apparently comes with a ‘flash’ gimmick and has legs that much more closely resemble the G1 toy and cartoon animation model than Quakewave. As you’d expect, he has a hefty backpack, but let’s hope that means that it’s a fully integrated transformation just for a bit of variety. Perspective and angle of photography make it difficult to ascertain his actual height, but one would expect he’s closer to MP-10/11/13 than the Autobot cars. Overall, it is extremely encouraging to see Takara Tomy take on another significant Decepticon from the original line-up, hope springs eternal that we’ll get an updated Masterpiece Megatron, and possibly a Galvatron for the Movie anniversary. 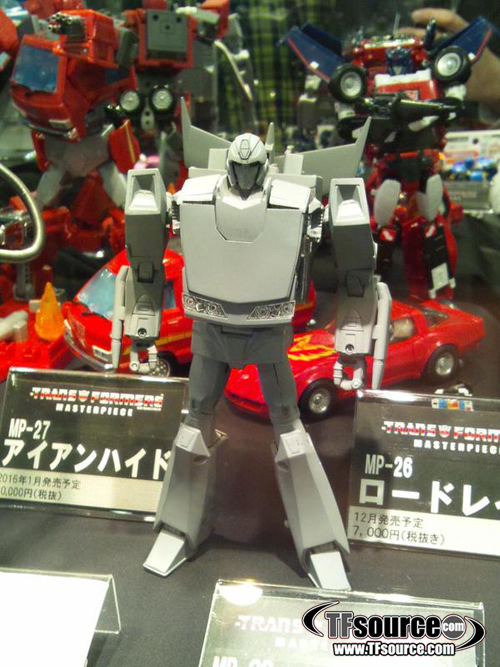 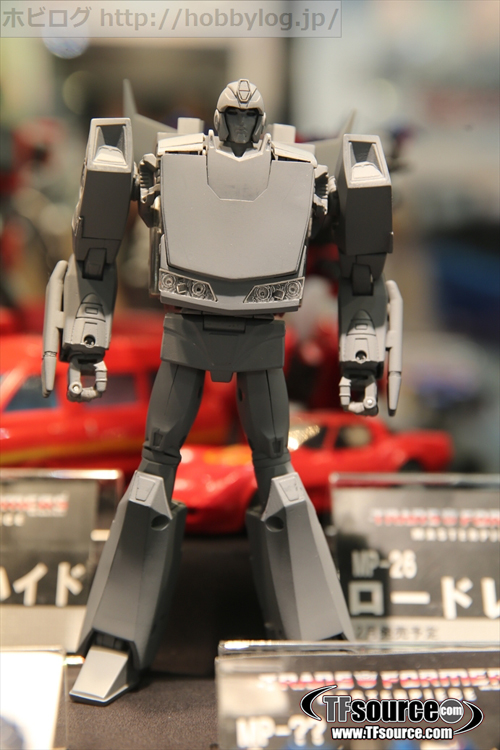 The other enormous piece of news – teased as a silhouette just days before in hobby magazines – was a second stab at a Masterpiece Hot Rodimus. MP-9 is a flawed beauty, quite expensive and hard to get on the second hand market now. This straight up Masterpiece Hot Rodimus proto does not try to be 2 characters in one, and as a result it is hopefully a much more user-friendly product that fits in well with modern Masterpiece scale. Whatever that may be! The proportions here are a little less smooth than on the visually magnificent MP-9, maybe lacking a but of curve to the shoulders, chest and overall shape, but a winning head sculpt and promise of lessons learnt makes this an incredibly exciting announcement and reveal. 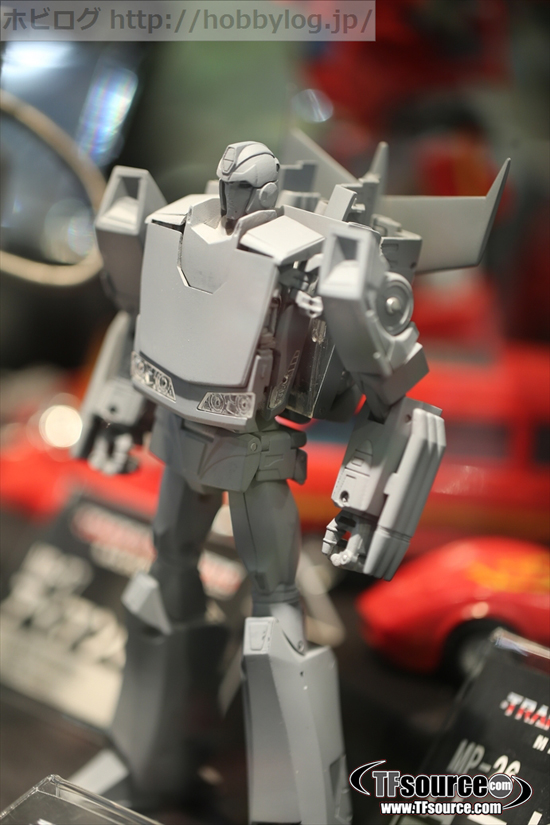 From the side and the back, Hot Rodimus v2.0 looks great and streamlined, notice the ends of the hood folding in to make the sides of the torso. I’m unsure as to whether the wheels on his shoulders are actually the rolling alt mode wheels or faux wheels like MP Alert. In terms of Hot Rod’s cartoon aesthetic, they could easily be that small in alt mode and be the actual vehicle wheels. MP Hot Rodimus is rumoured to come with a visor, saw and fishing rod accessories which will add immeasurably to his appeal, especially for those of us who never got MP-9 Rodimus Convoy. It’s not a surprise that a number of MP-9s, Takara and Hasbro, turned up for sale in the days after this reveal, but ultimately I would imagine a fair number of collectors would want both, one as Hot Rod, one as Rodimus Prime. 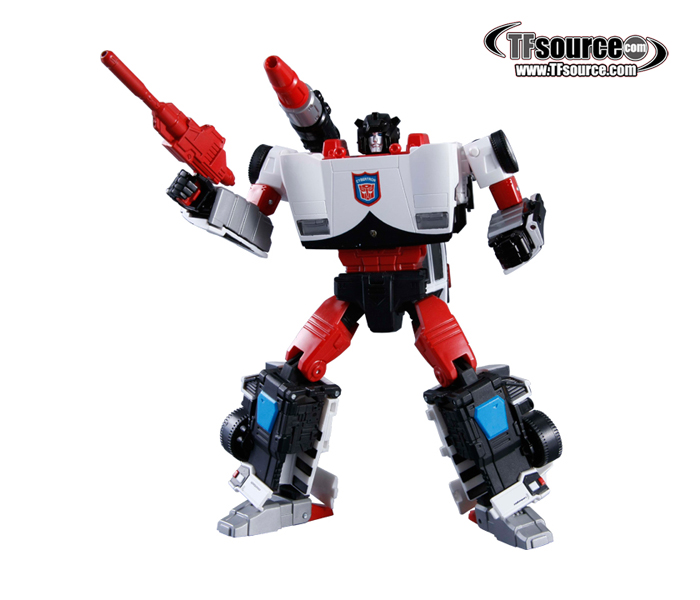 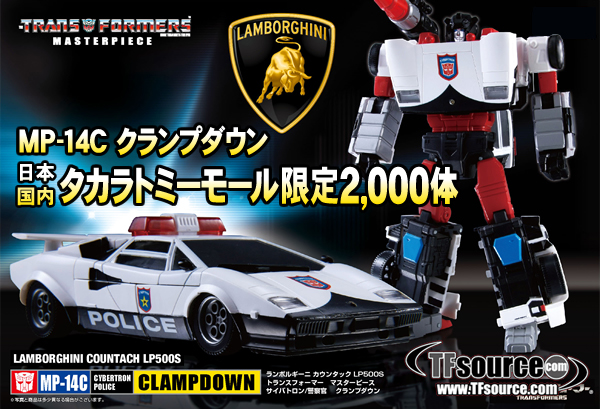 Just a few weeks earlier we received news from Takara Tomy Mall that MP-14C Clamp Down was happening, this being an homage to the Japanese Takara Diaclone police version of the original New Countach LP500S mould, sometimes referred to as ‘Diaclone Police Sideswipe’. An exclusive similar to MP-18B Bluestreak and MP-11T Thundercracker, initially Clamp Down will be available through Takara Tomy Mall online, and then we suspect through Hasbro Asia channels too. The interesting part here is that it uses the Alert mould (and number) instead of the Lambor, so it has Red Alert’s head, shoulder and chest sculpt. As with Tigertrack, Bluestreak, Road Rage and the smokey one, Diaclone homages don’t work for all collectors, for me it’s pure magic. I could not have pre-ordered this any faster. Generation 1 and Diaclone were choc full of repaints, this is something I came to terms with a decade and a half ago and it’s part of the character of Diaclone, so a fifth use of this mould – and the eventual Deep Cover should it come to pass – is no more galling for me than it was when I was collecting vintage pre-Transformers. In fact they’re the reason I fell in love with pre-Transformers in the first place! Bring it on. 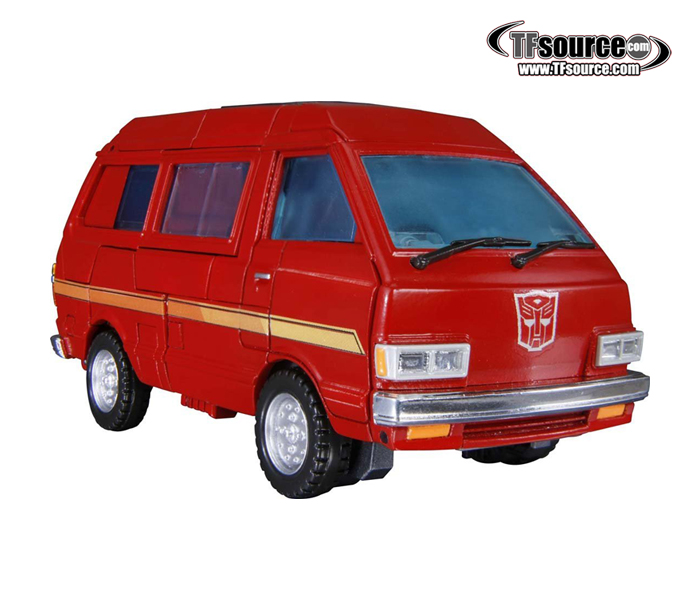 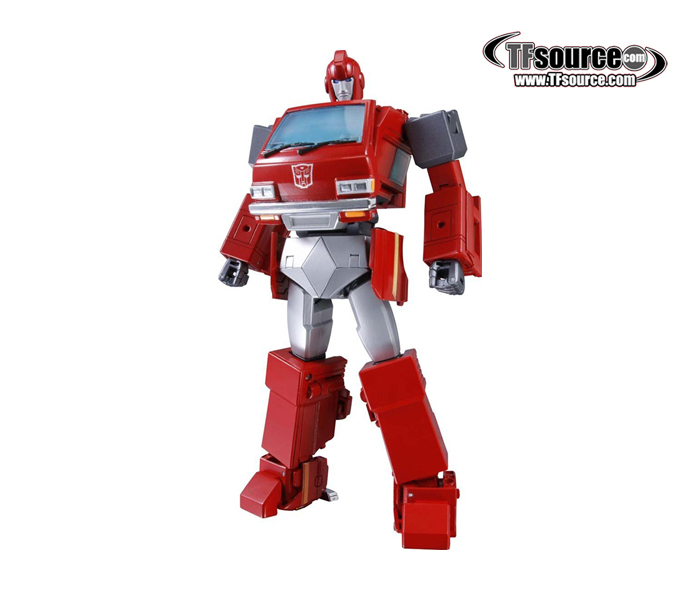 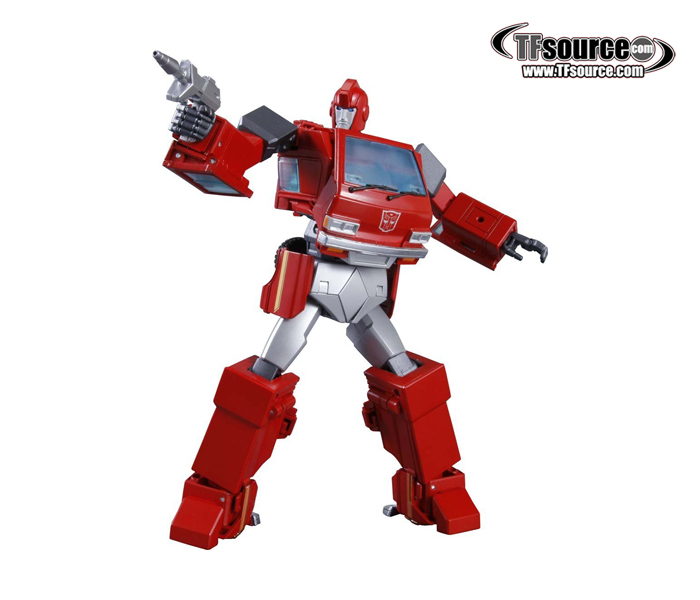 MP-27 Ironhide is due to hit stores in early 2016, and the poor fellow has come in for some criticism regarding his looks. First we have the gigantic crotch plate, then there’s the long face together with the enormous side flaps, butt wheels and low detail surfaces of his legs. You know what? I can’t wait for this figure. I think it’s going to be the dark horse of the new wave of Masterpiece releases, just like how Ultra Magnus swept in and trumped Bumblebee and Wheeljack, the more fancied releases. I wouldn’t be surprised if Ironhide’s transformation was the stuff of genius, and the plethora of accessories he comes packaged with add hugely to his play value, displayability and appeal. 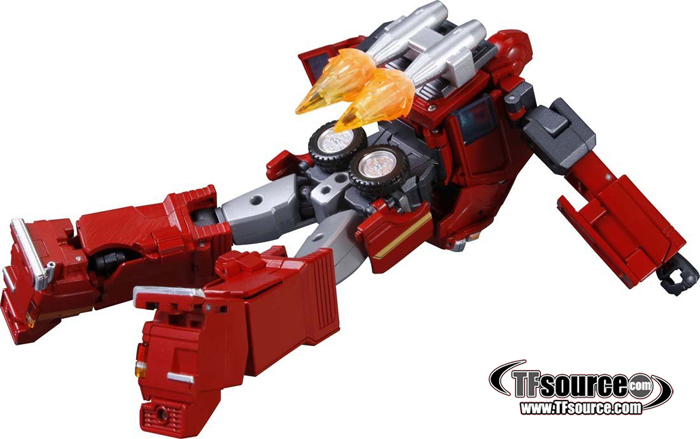 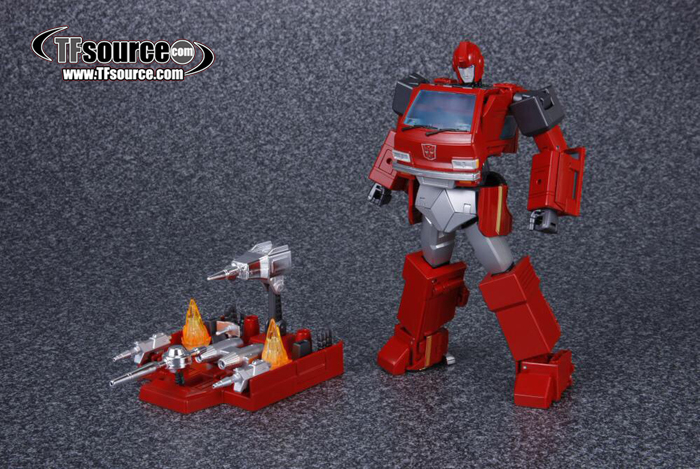 I’ll admit that some photographs make his proportions and kibble look unforgivable, but then every so often I see a photo and think how good it will look in hand. He’s a great size, he’s got more cartoon – and even toy – nods than one could conceivably pack into a modern style Masterpiece, and above all he looks FUN. At the risk of sounding like a Masterpiece fanboy – which I assure you I am not – it’s the actual play value and fun of these MP toys that make them exciting. Magnus, Bumblebee, Wheeljack and the like are tremendous to transform and pose.

There are elements on Ironhide that remind me of 3rd Party efforts of other characters that just miss the mark, but one of the reasons I’ll not hesitate to pick this and Shockwave up are that I know TT will bring something unexpected and enjoyable to the table. I don’t transform Quakewave any more (lost enough skin and blood), but I bet MP Shockwave will get more fiddle time than Quake ever did, despite the latter being on prominent display in my collection since the day it arrived 2 years ago. That’s ultimately what will keep me coming back to the Masterpiece line. 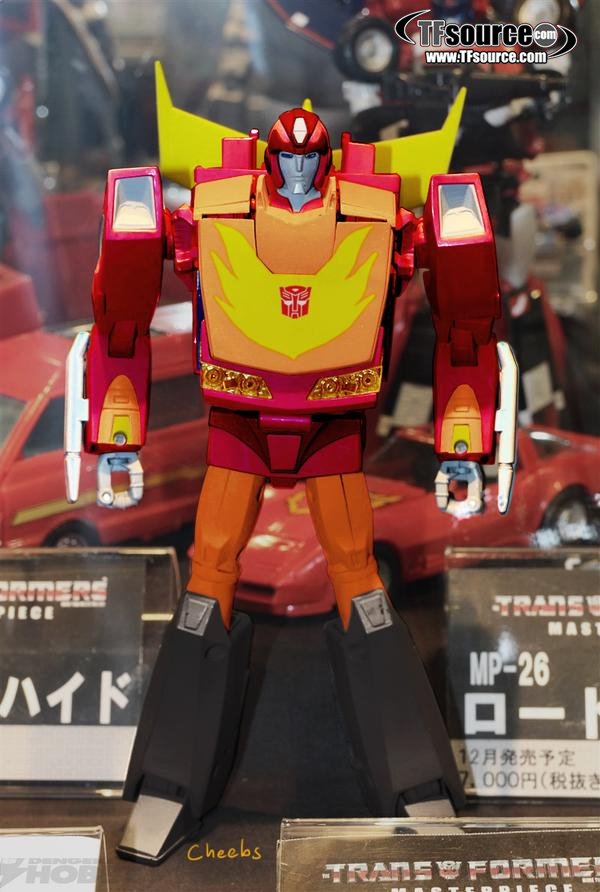 A lovely digibash by Cheebs of TFW

While MP-9 might be unrivalled in its majesty, ambition and Masterpiece-ness of portraying Hot Rod and Rodimus Prime, packed to the brim with accessories, the new v2.0 Hot Rodimus will more than likely be a very very good Hot Rod toy which displays marvellously in both modes, and ultimately the one I will go back to repeatedly for transformation, fiddling with and posing.

However, despite the wonderful Transformers Masterpiece releases on the horizon for 2016, including Tracks and Road Rage for the end of 2015, nothing has made me squeal quite as loudly and get as hot under the collar as the images I will leave you with this week. Re-booted, re-designed and ready to once again rule the world of mecha, Diaclone V2.0 beckons. Leading the line is the phenomenal Diabattles… 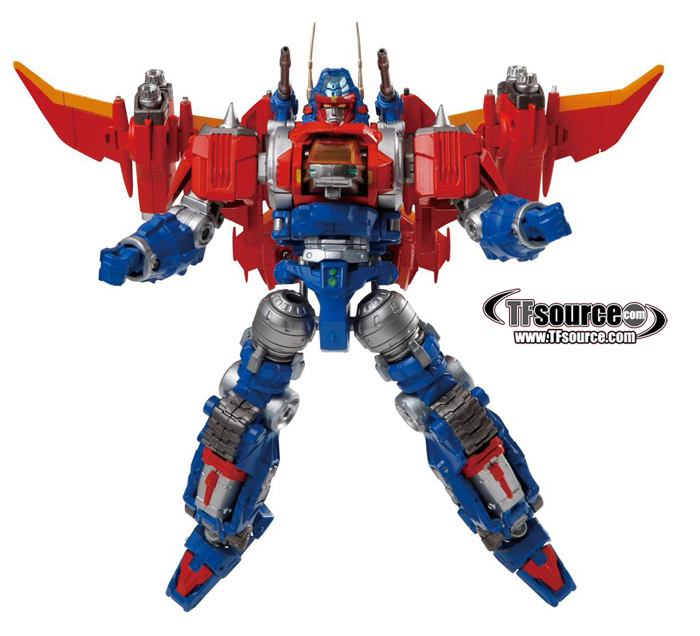 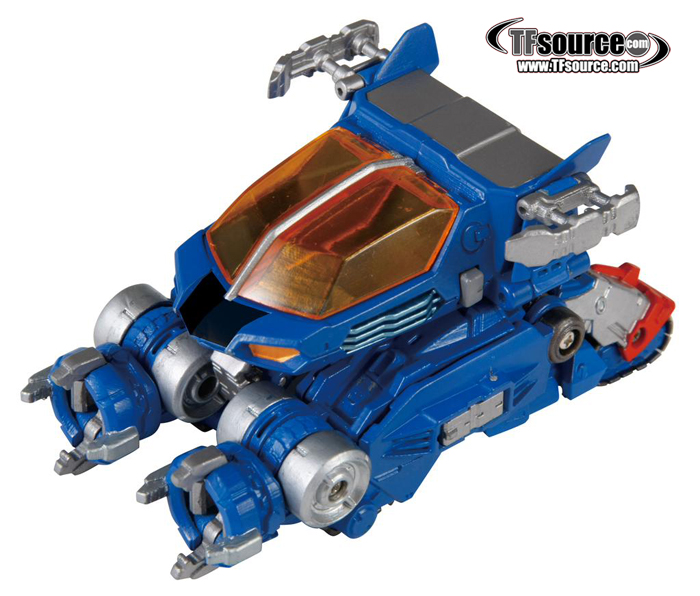 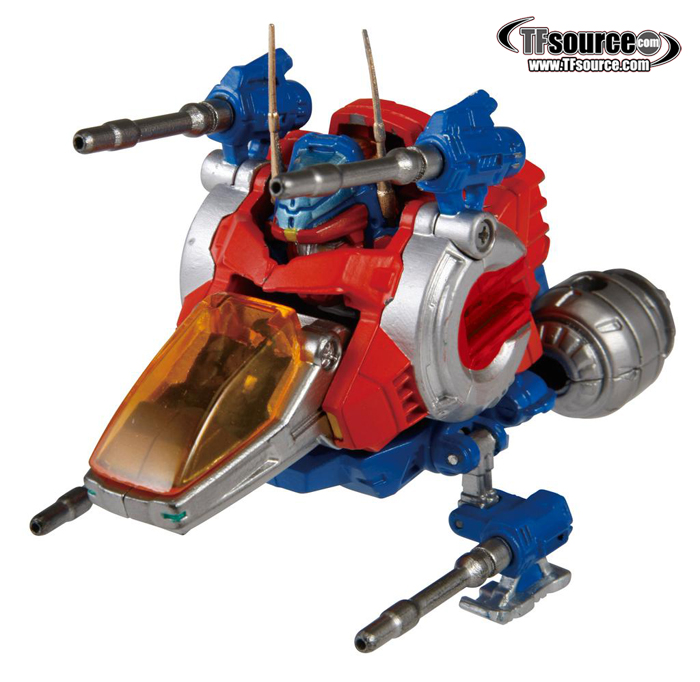 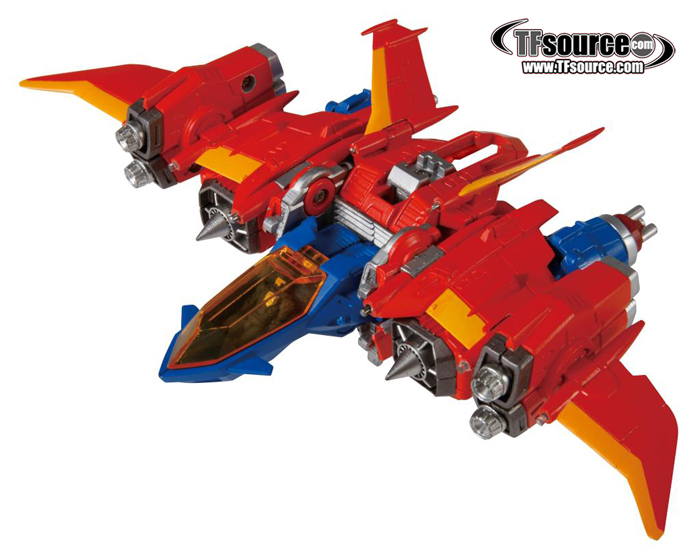 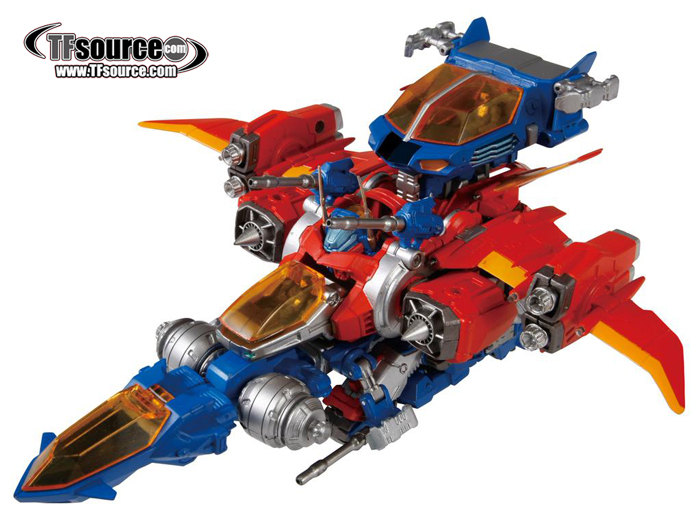 Many kind thanks to Cheebs, K-Hobby and Hobbylog.jp for images.