The Most Memorable Third Party Releases (So Far) 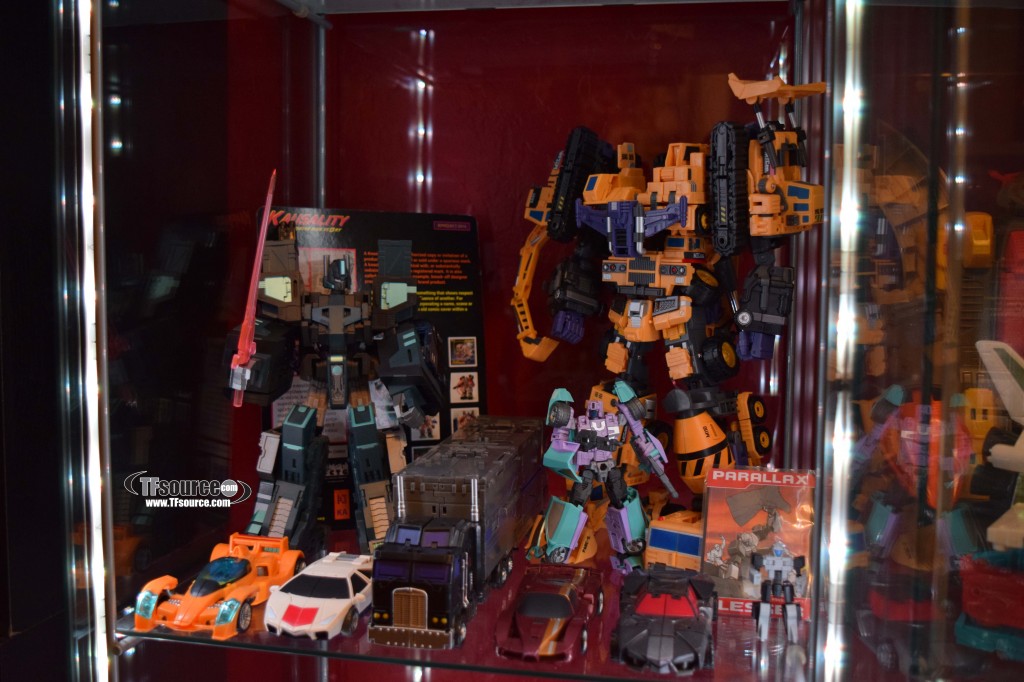 The collecting scene that is known as “Third Party” has emphatically changed the way Transformers fans collect. Over the past several years third party releases have forced collectors to change collecting focus, shift our budgets to accommodate the staggered release dates, all while filling in holes of our collections.

As third party robots have become more common and popular, there have been several memorable releases that seem to always come up in conversation. My goal for this article is to compile a list of ten memorable third party figures that left a lasting impression on collectors. This list is NOT a “best of” third party list, but rather a compilation of figures that set out to be trend setters and push the creative boundaries, not to mention these figures still frequently come up in conversations (I spent weeks asking fellow collectors about this very list). These are some of the most memorable releases of third party products…so far. 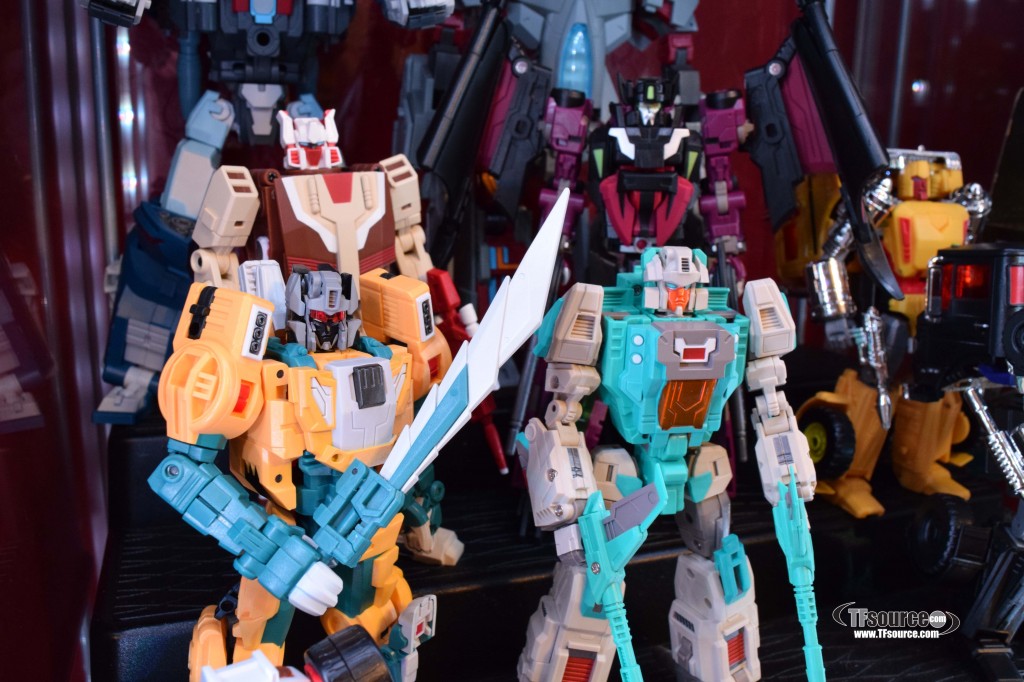 Some of the best from the FansProject Function X line.

Code was the first of a highly praised line of seriously magical transformations. Also, ankle tilts! 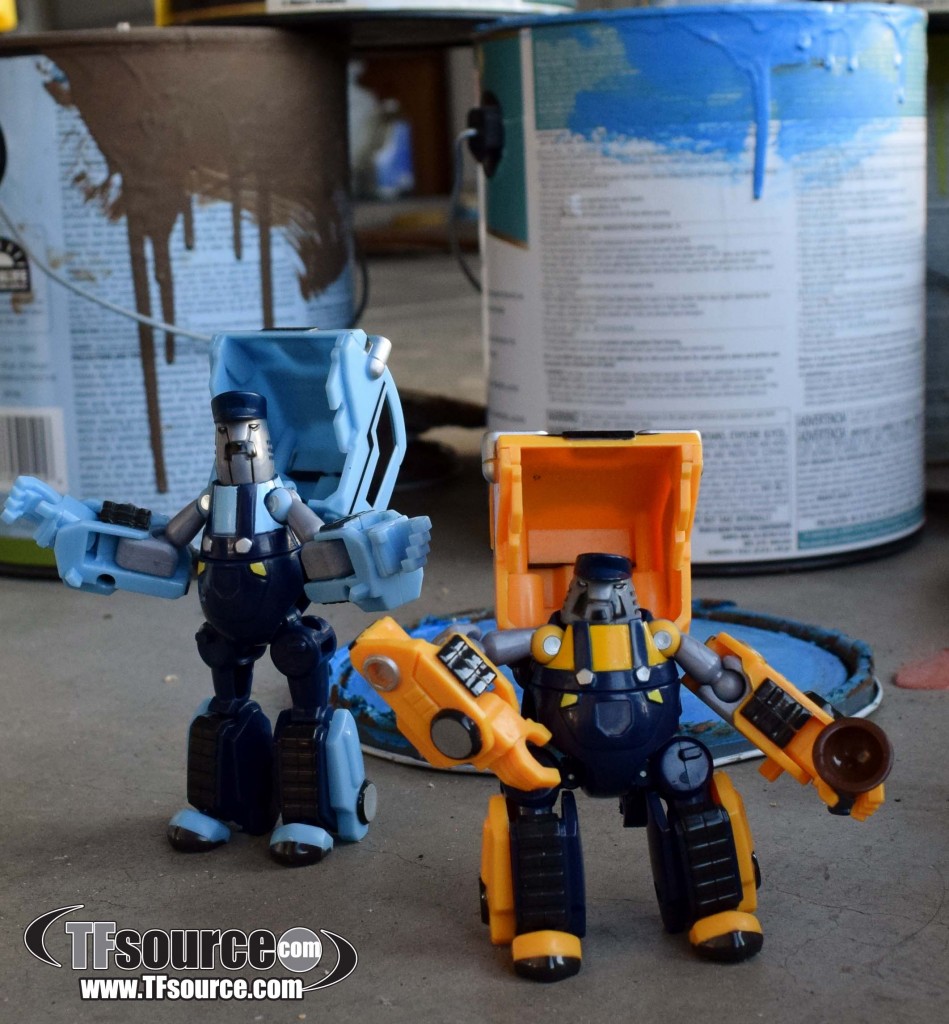 Animated fans loved them. Others … Hard to say.

A release that’s not G1 inspired? A memorable release for its ambition, but one that has not panned out for the line. 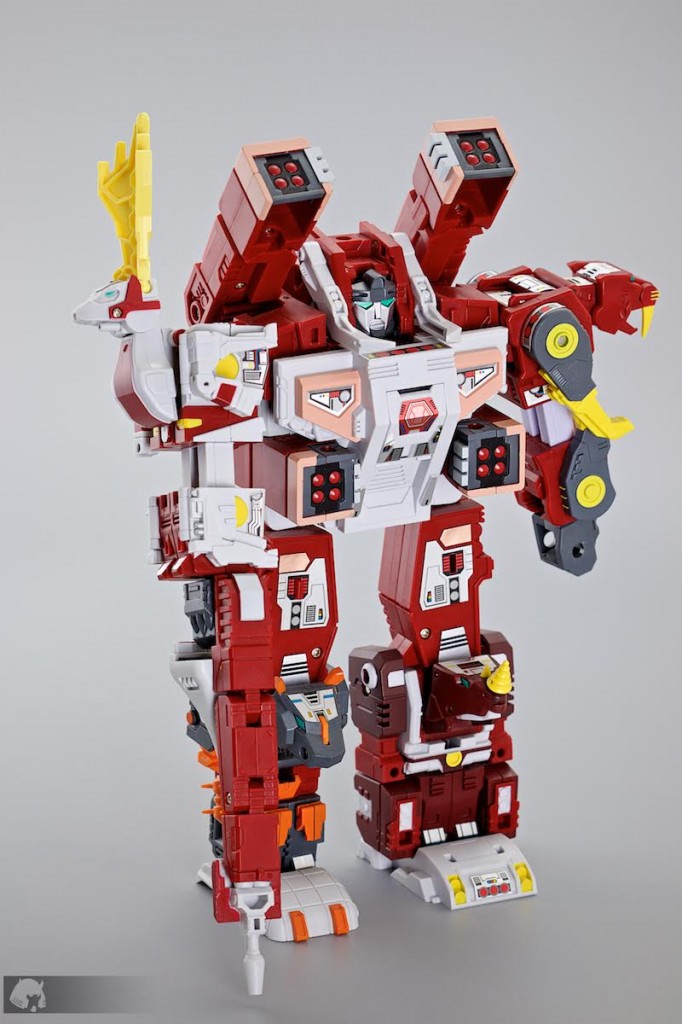 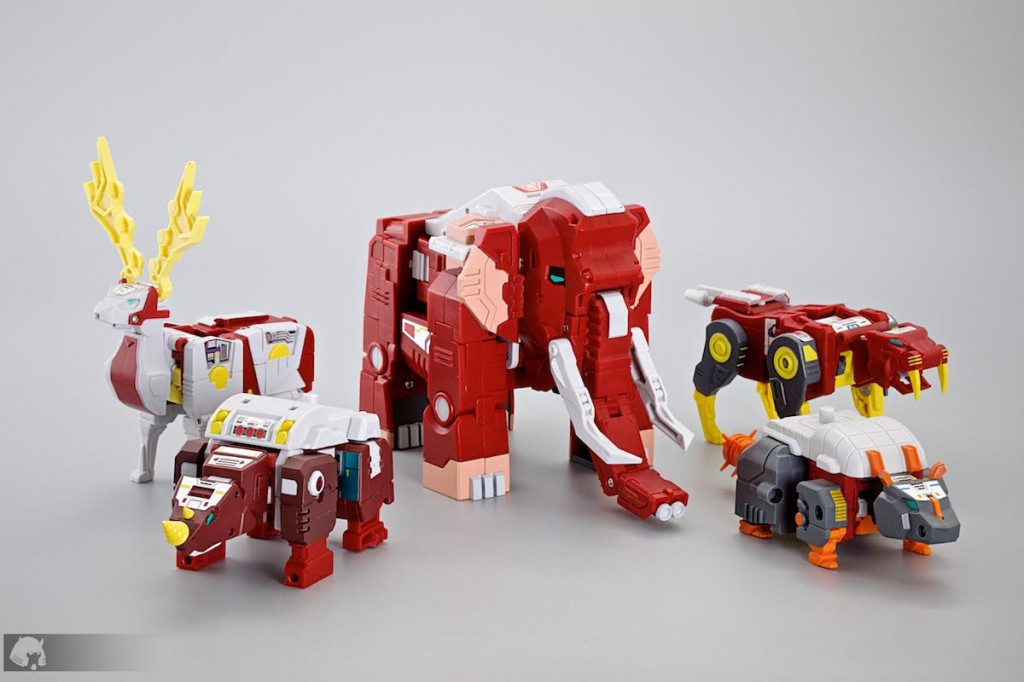 Proof of the level of creativity FansProject is willing to go, Glacialord is a love letter to the G1 community. 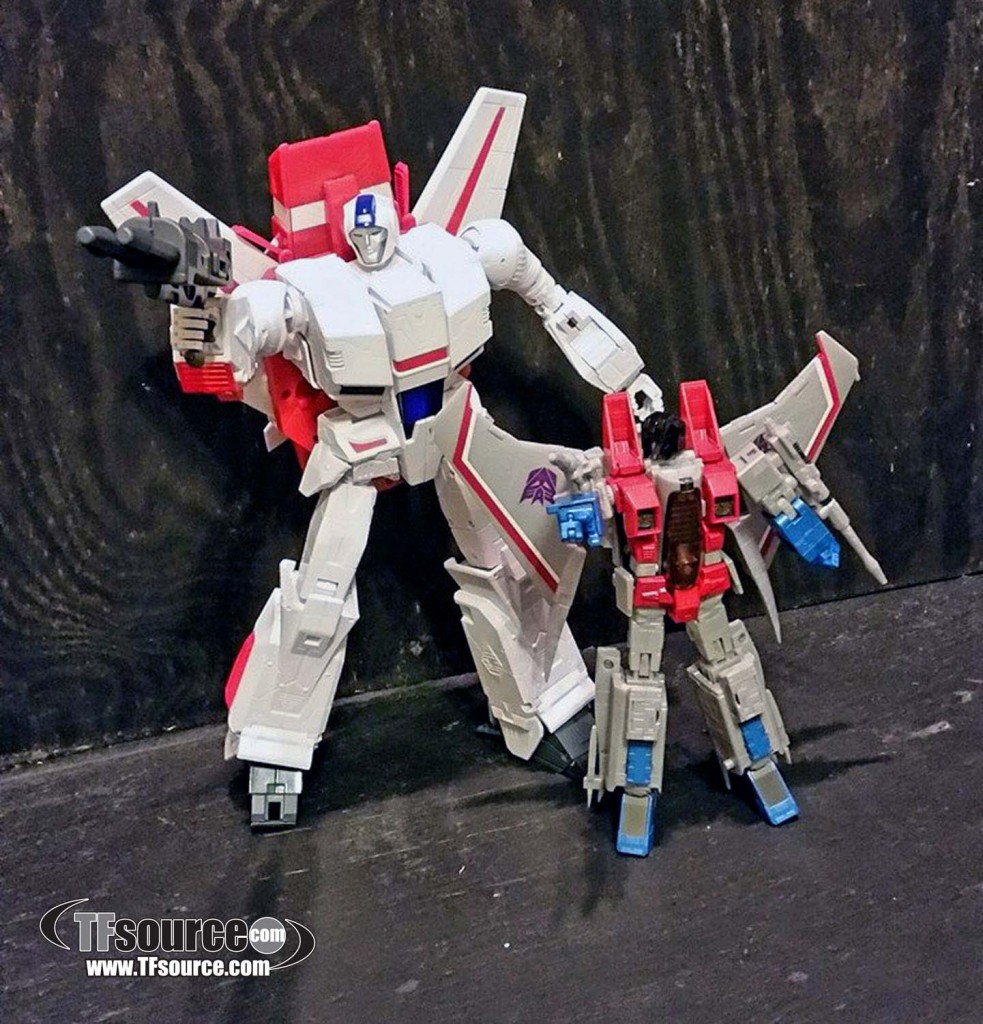 A special thank you to Superquad7 for the Kronos photo.

I mentioned this list was for memorable third party figures, not the best of the best. Daca Toys was promoted as a one man shop, a fan that simply wanted to make a figure for the fans at an affordable price point. The first full figure attempt was a Masterpiece inspired Skyfire homage named Kronos. The project developed a huge following of supporters that praised Daca’s efforts and single handedly made a marketing campaign for the project, taking over message boards with conversation. Despite the hype, the project ultimately met too many obstacles upon release, including a list of QC issues (many of which were fixed by the company with replacement parts). This won’t go down as one of the most recommended figures, but it did make collectors think more critically of third party production and release. 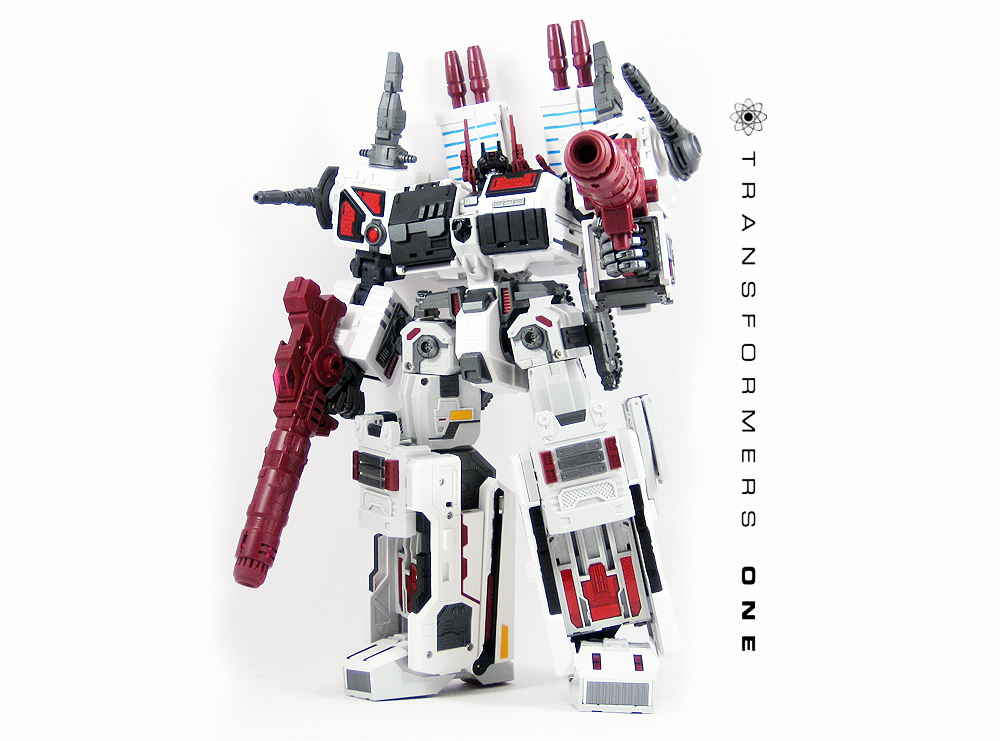 A special thank you to Maz’s Square One for the Utopia photos. 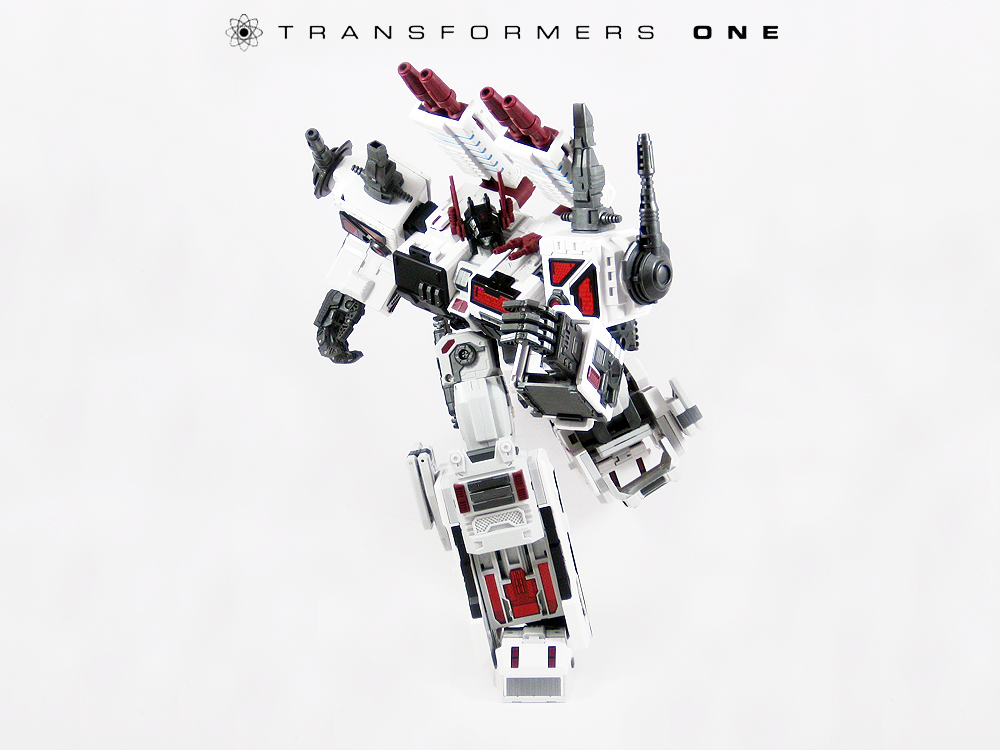 A special thank you to Maz’s Square One for the Utopia photos.

The story has been heard from one source to another that the designer of this toy wanted to throw the budget constraints out the window and simply make a freaking huge transforming robot. The result is a nearly $400 high end collectible. Many collectors pushed aside other preorders in attempts to make it affordable and secure this giant. How big of a future do these high ticketed items hold? A Scorponok homage prototype has already been displayed at many conventions, and of course it needs to be mentioned that Planet X’s Genesis also saw success with its high end “Omega Supreme.” Time will tell how big the market is for these high priced items. 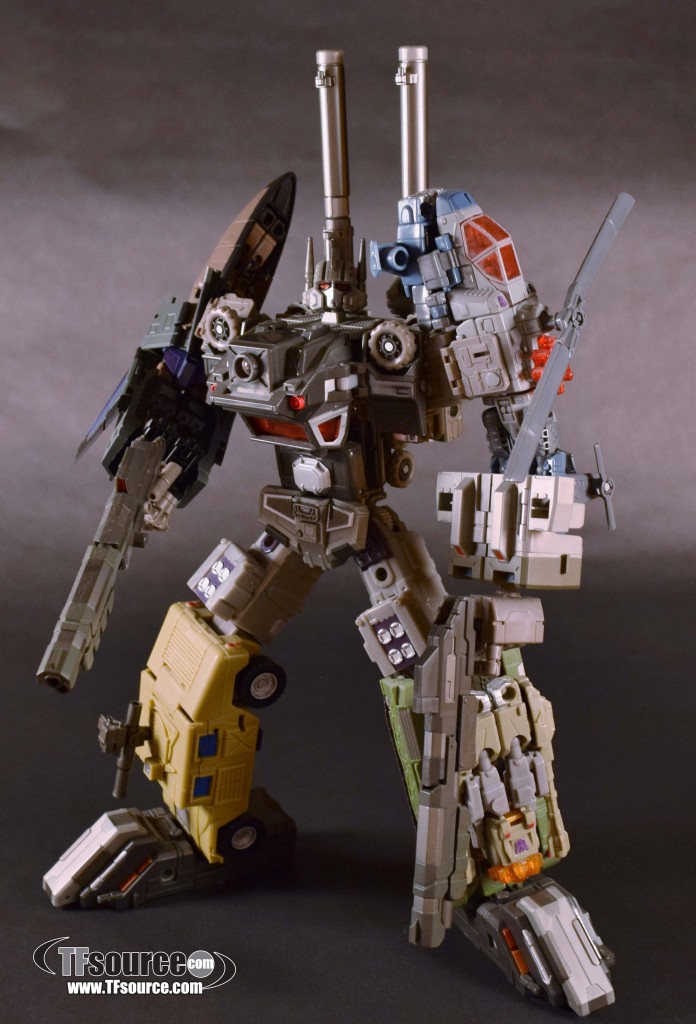 For so long, this was many collection’s Bruticus.

Although possibly outdated thanks to the advances of third party figures, when FansProject released its Munitioner and Explorer, collectors praised the quality of the two small “add-on” figures. FansProject took a very scrutinized combiner from the Energon toy line (or Revenge of The Fallen toy line if you had the Bruticus Maximus repaint) and made it a highly poseable and awesomely displayable. Simply put, FansProject made collectors want to buy a sub-par set of toys to make it high-end. That’s certainly a memorable release. 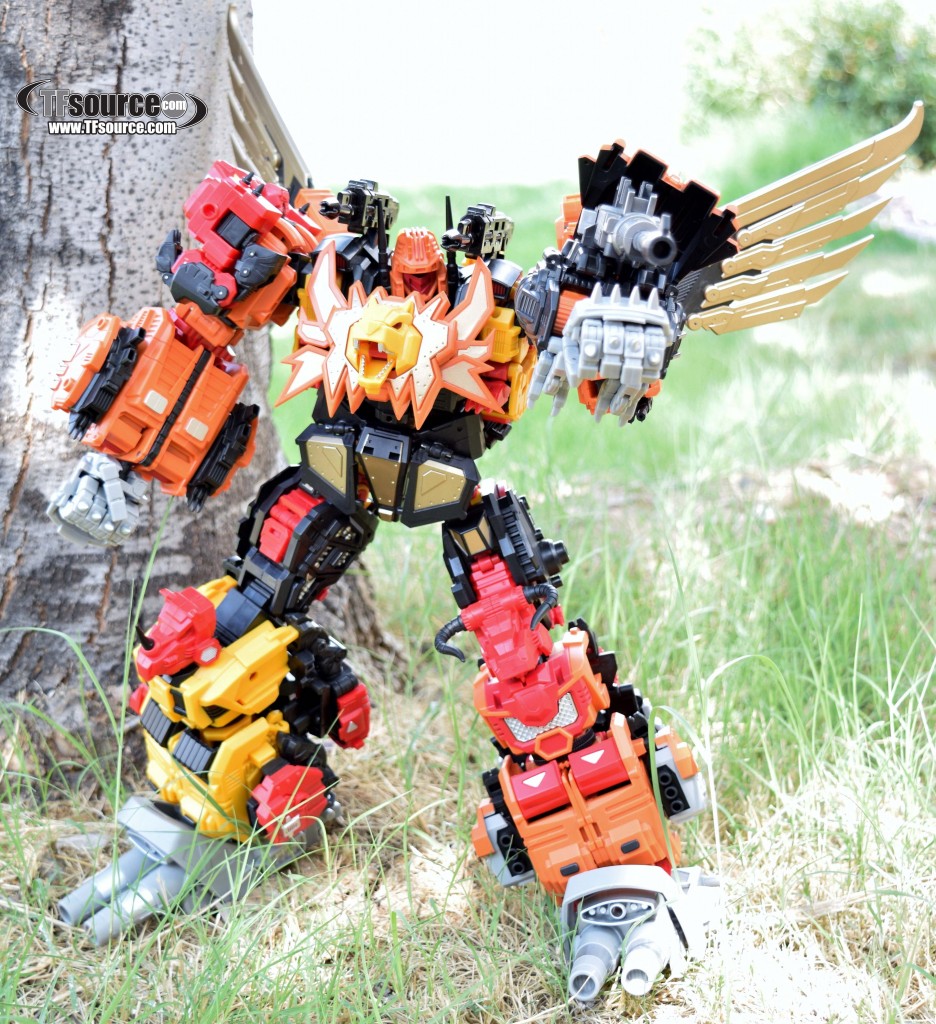 This does belong on a best of the best list.

Many collectors will tell you Feral Rex is simply the most impressive, most bang for your buck combiner / set of figures you can buy. I am not the one that is going to argue with that opinion. Mastermind Creations cemented their place among top third party companies with this release of 5 (or 6 if you’re purchasing Felisaber) figures homaging the massive Predaking. Whether you keep them combined or display them individually, Feral Rex remains one of the most impressive releases to date. 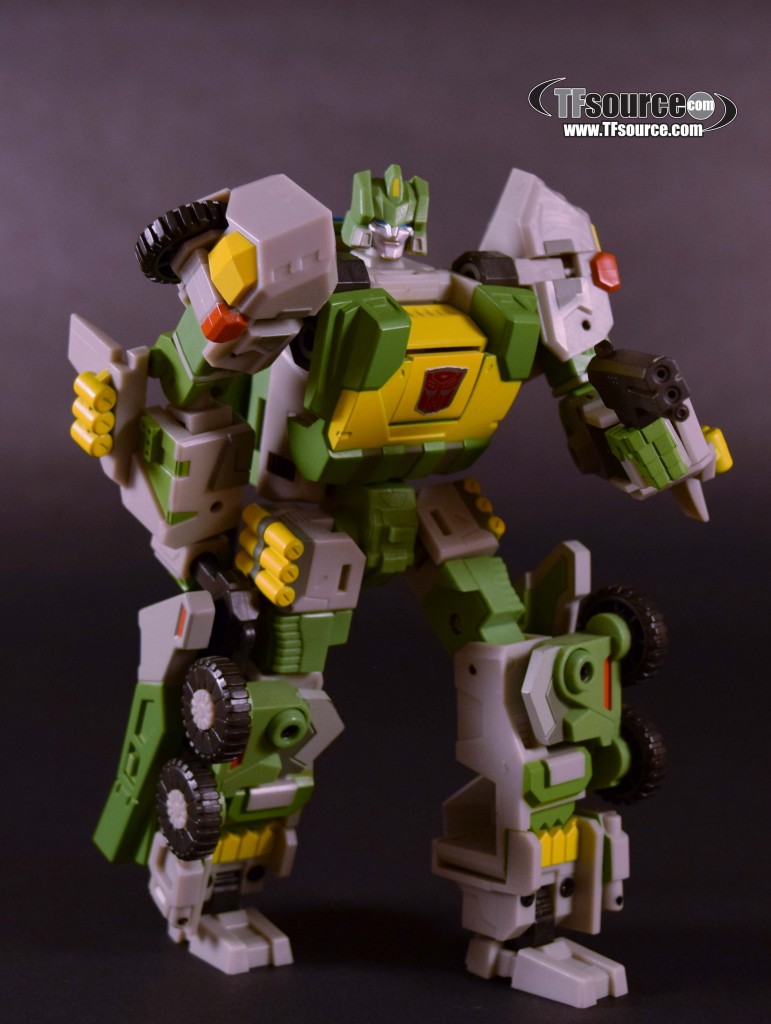 Defender can grab his blaster from his holster! 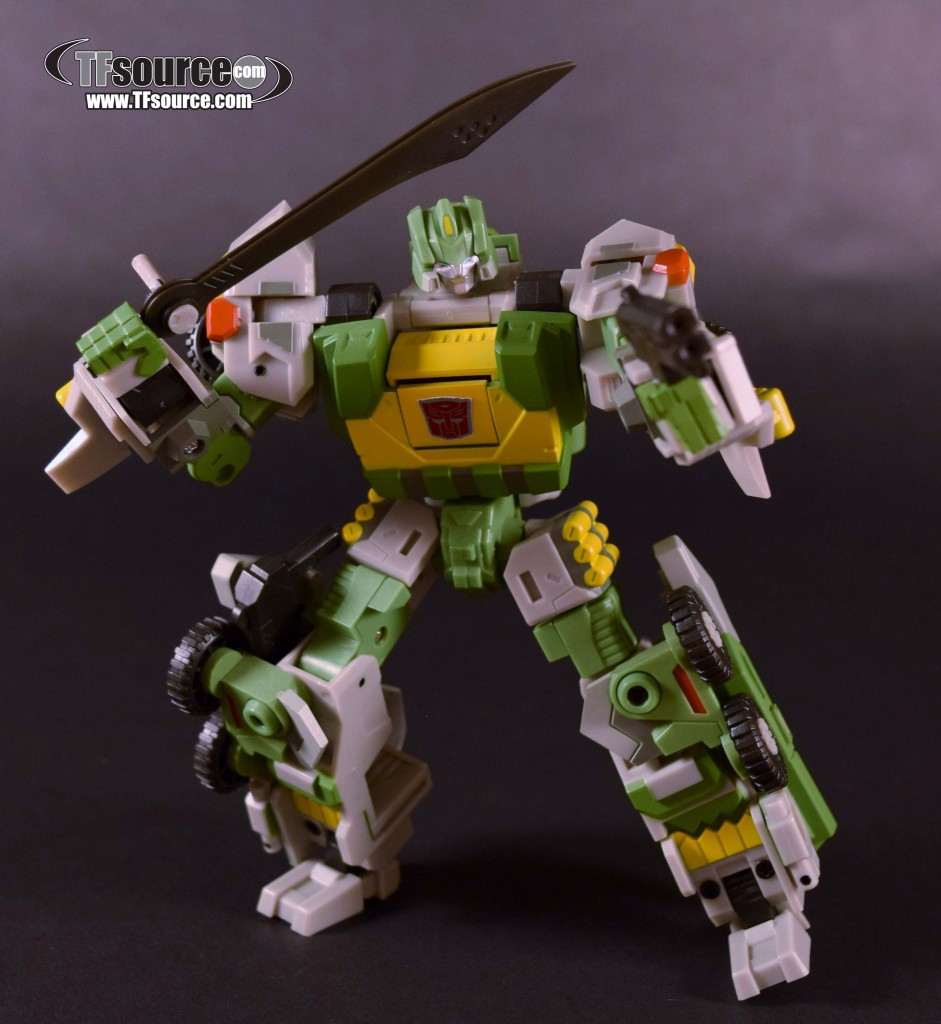 Defender is on this list for being one of the first and most recognizable full figures produced by an independent company. Despite showing its age now, and arguably being the second preferred “Springer” thanks to Hasbro’s IDW inspired Generations Springer, Defender was very well received upon its first release. Up until Defender, the third party game was restricted to add-on kits; a fully transformable figure was not conceived by an independent company, at least none that made headlines in the Transformers community. Defender will be remembered as one of the first to break that mold and be a trailblazer to what we have offered to us now on a monthly basis. 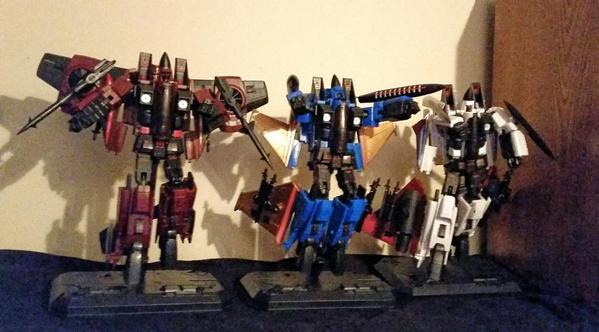 Thanks to Superquad7 for the iGear photos.

They fit right into the Masterpiece Seeker display.

The iGear released “Masterpiece Coneheads”, Attack, Jet, and Elegy, are to this day controversial. These figures gave collectors the Masterpiece Seeker Coneheads which remain absent from Hasbro and Takara offerings, but they did so at a moral price (are there morals in transforming robots?). It was a controversial release, showing obvious signs of being essentially a direct knock off of the Masterpiece Seeker mold. Many fans drew a line in the sand and skipped on this release entirely, wanting independent companies to produce original toys. iGear blurred the lines with this release, that is without question. 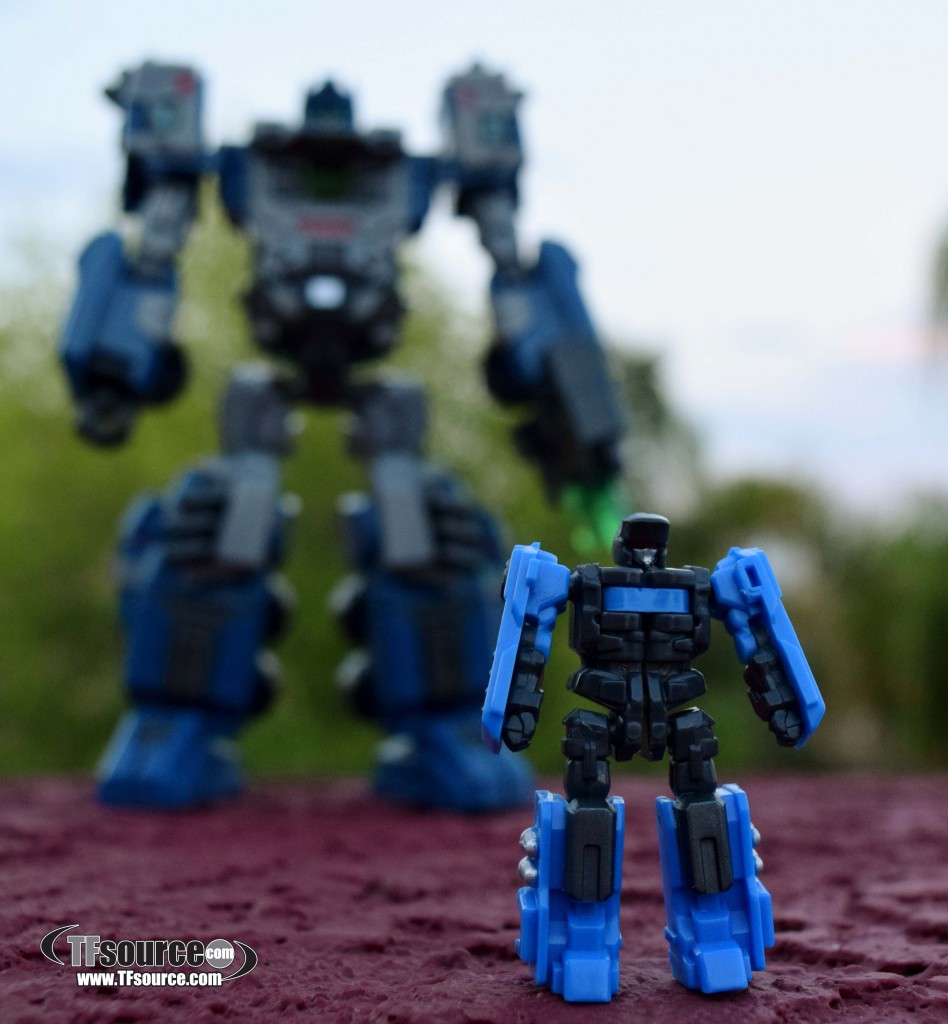 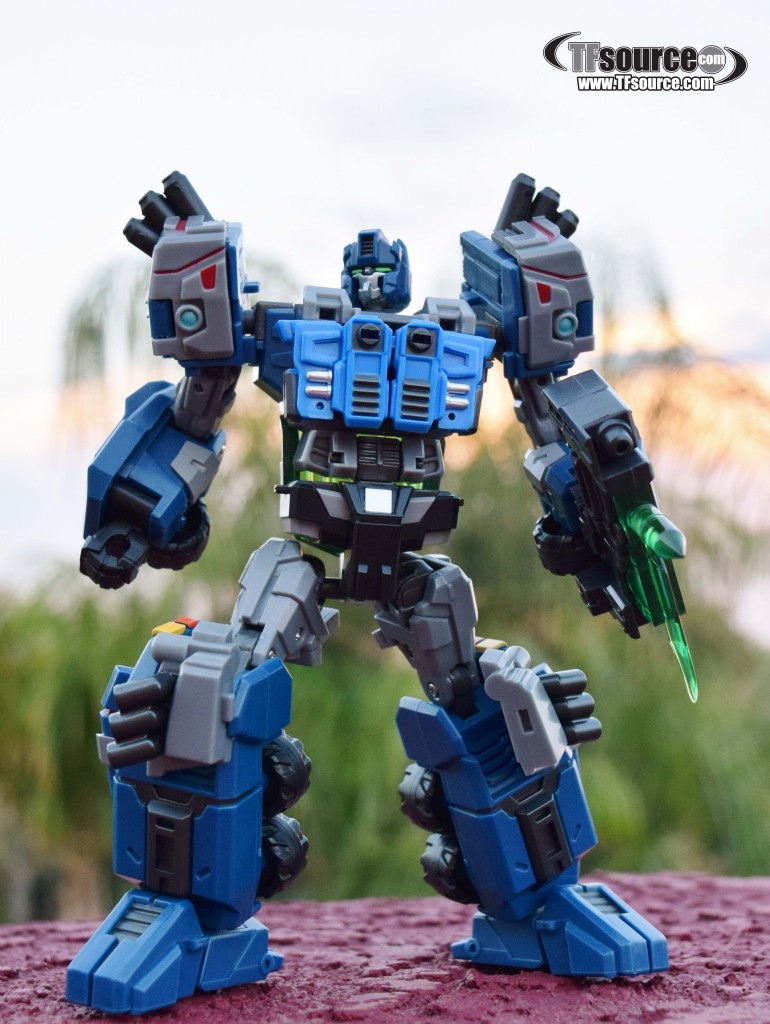 How far will the original character concept go?

FansProject’s Steelcore was the first high profile figure to be released without a nostalgia backing. Many fans have tried matching an established Transformer character to Steelcore, but none have ever been agreed on with certainty. As an original character, Steelcore is the focus of the recently launched membership by FansProject and its affiliates; another first in the independent world of Transformers. Along with its own fiction, Steelcore may end up being the poster child of a transforming robot world, separate from Transformers, created by FansProject. 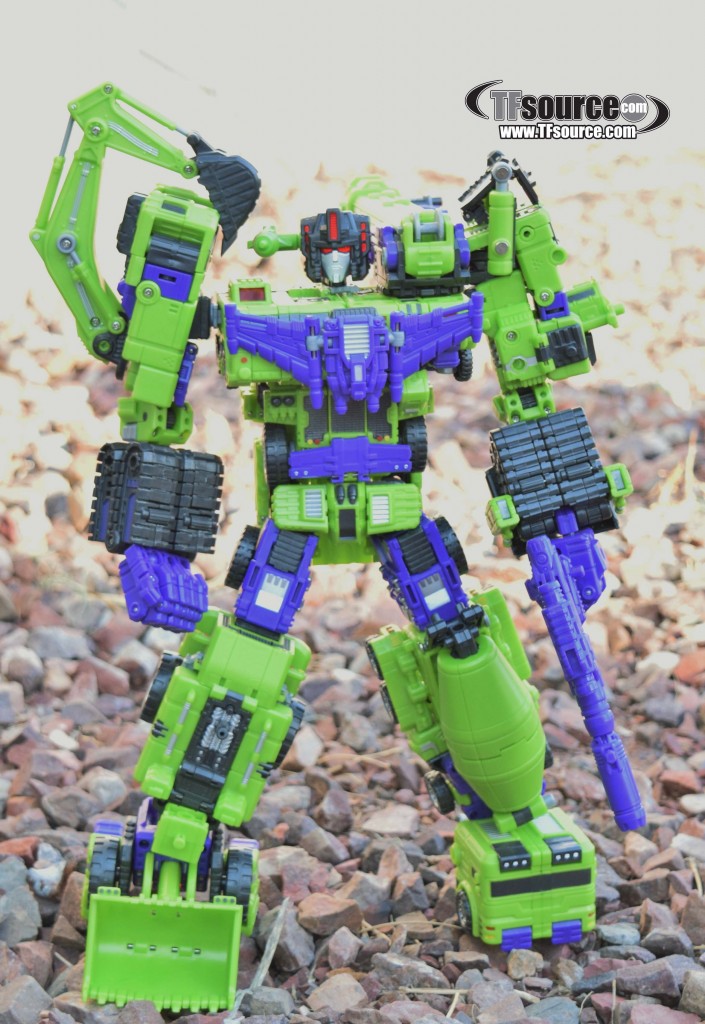 The hype that was behind Hercules was unmatched.

At first there were add-on kits, then there were full figures, then came TFC’s Hercules: a fully combining team of six “Constructicons.” Hercules caused a frenzy among the fandom: message boards were constantly packed with Hercules discussion, debate, and a lot of waiting in between figure releases (or so it felt). This release was among the first of the third party combiners, historically paired with MakeToys Giant. The project in hindsight is met with mixed opinions, many collectors preferring MakeToys Giant as well as Hasbro’s Titan Devastator, although some and myself included still hold Hercules in a special place. Regardless, Hercules stormed into the Fandom at a booming time for third party figures and still has left its mark on the landscape overall. 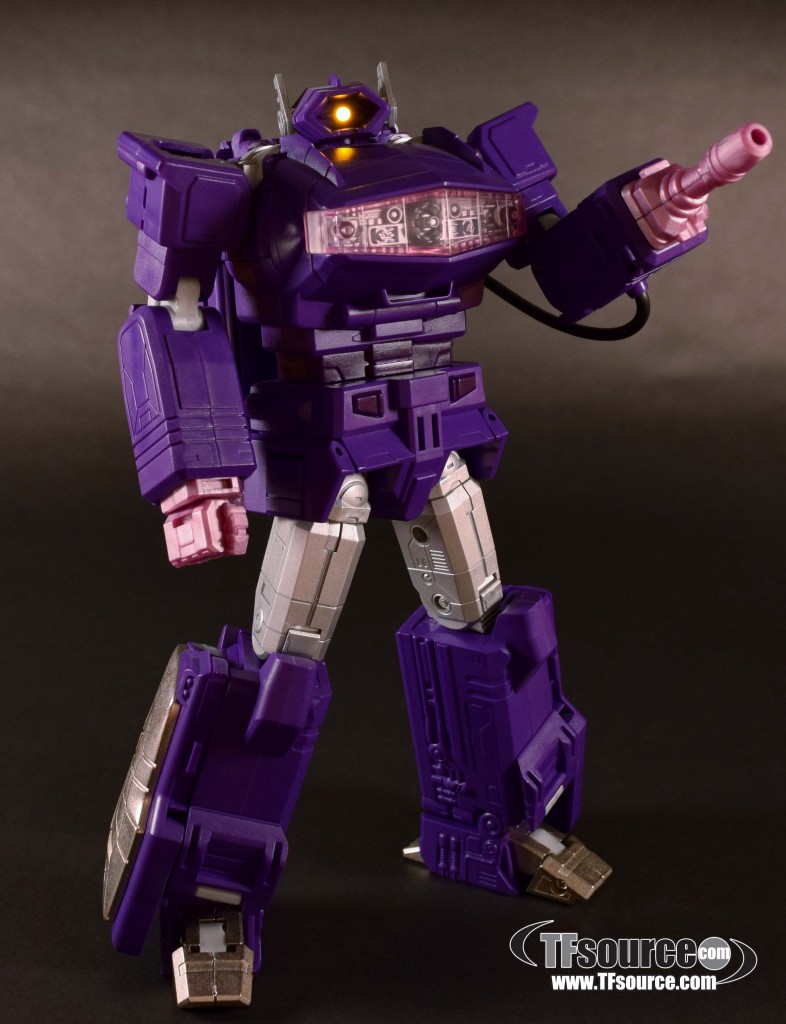 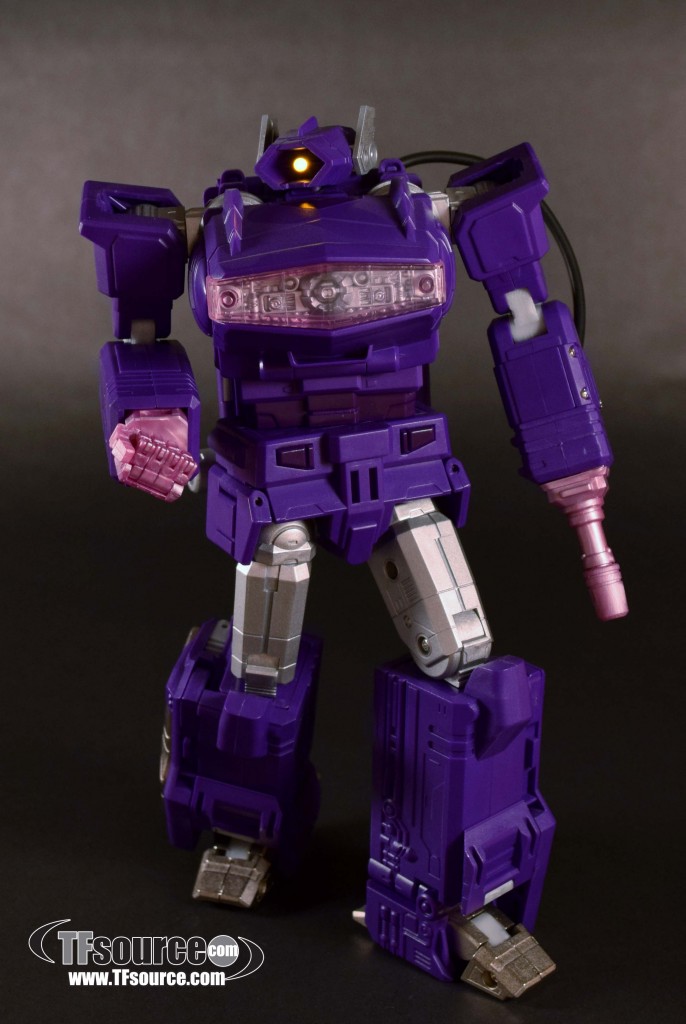 So great a figure, he’s getting multiple reissues.

FansToys came into the scene somewhat quietly, even having a “Soundwave” project cancelled due to the release of Takara’s beautiful MP-13. However, they quickly bounced back with one of the best third party toys we’ve seen to date: Quakewave. In every sense of the word, FansToys take on Shockwave is a Masterpiece, which also completely shifted the product output of third party companies. Once known as a mostly “Classics” styled collecting scene, filling in holes left by Hasbro / Takara, now turned into Masterpiece inspired Transformers, which still dominates the trends of today. Quakewave did for Masterpiece collectors what a certain add-on kit did for Classics enthusiasts … 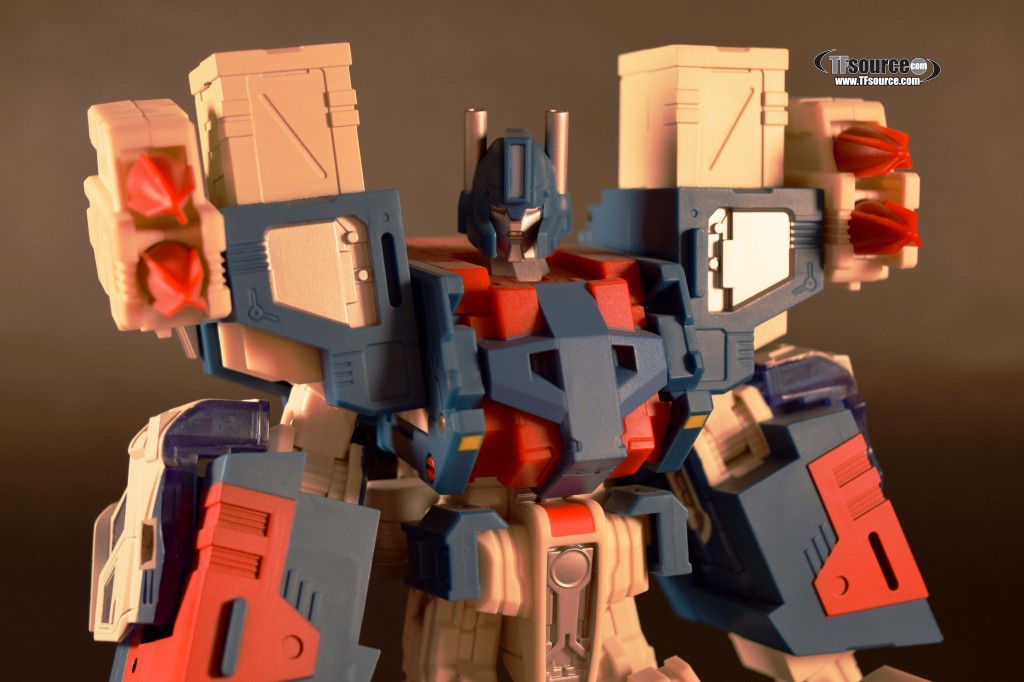 The starting point of third party. 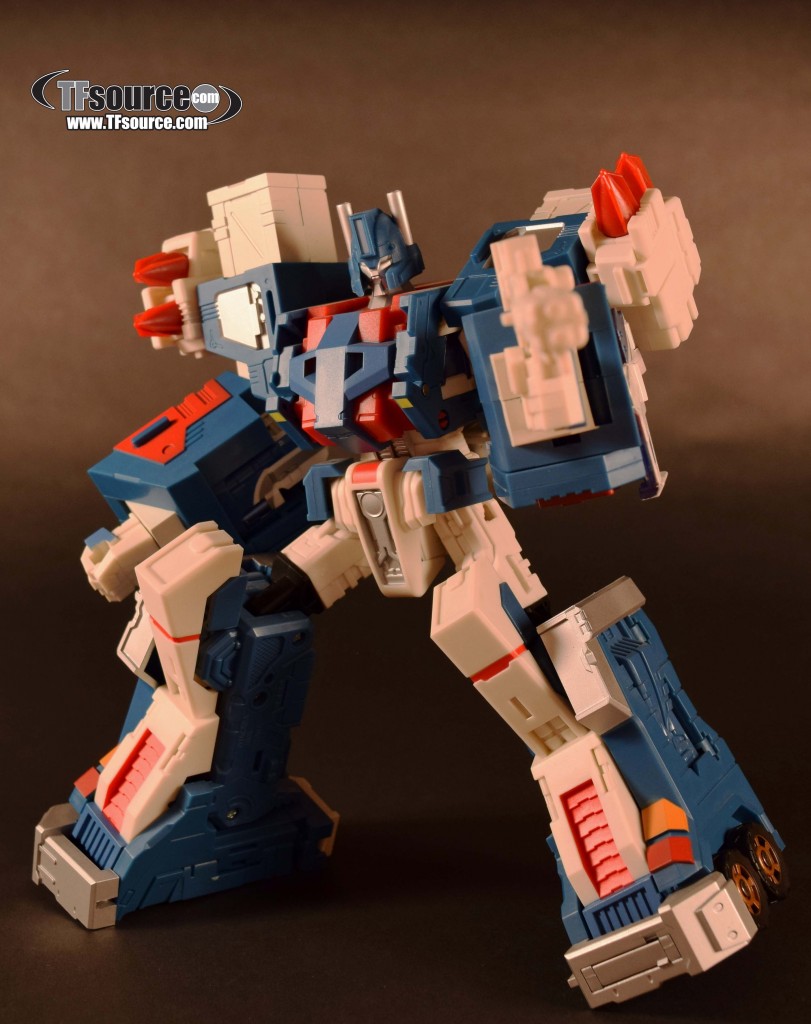 Who needs THAT MUCH articulation?

The number one third party release that changed the game, none other than FansProject’s release of City Commander. This add-on kit put the third party collecting scene squarely on the map. At the point of its release, fans knew there were promising possibilities to be had if companies could continue to build on the quality release that was City Commander. City Commander started what we know now as “third party,” giving collectors a sense of hope that what is on retail shelves isn’t the only thing available. Some collectors will argue the City Commander armor has not held up over time, especially considering the release of Hasbro’s Leader Class Ultra Magnus. However, this add-on kit remains the top release that changed how we viewed collecting and how we actually collect, especially as third party enthusiasts. 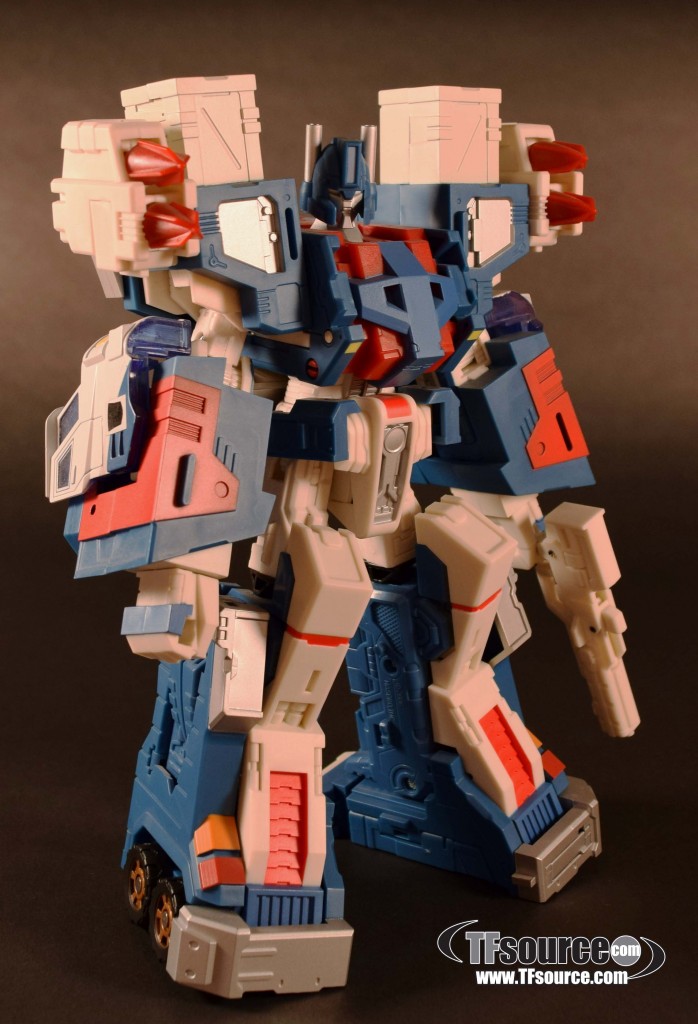 Where do we go from here?

A very special thank you to Maz, Superquad7, and HardReturn for this contributions to this article.

Hit me up on Twitter and the TFsource Facebook page to let me know what your memorable third party release is.

The Most Memorable Third Party Releases (So Far)