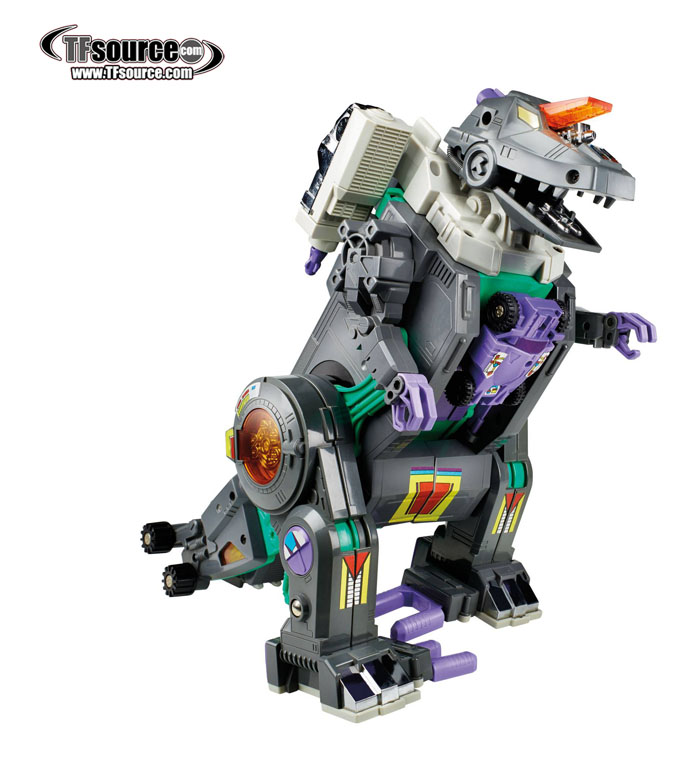 For a while there it seemed that we’d had our last Generation 1 reissues from Hasbro and Takara, Encore Fortress Maximus being quite the final hurrah, but 2015 has seen the return of G1 reissues under Hasbro’s Platinum Edition banner. While most of the toys have already been released, G1 Trypticon was a hugely welcome addition to the reissue ranks and the Decepticon Triplechangers Blitzwing and Astrotrain were recoloured into…well, anyway, we got more reissues! Let’s have a look at what the Platinum Edition releases have brought us so far. 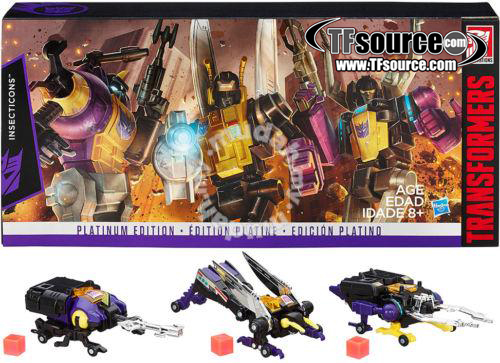 First seen in Asia, the reissue Insecticons “Insecticon Bombshell”, “Shrapnel” and “Kickback” return once again. They were of course first reissued as part of Takara’s TF Collection book-style line of reissues, then in the US and here we are again, Energon cubes and all. The set comes with fantastic new artwork and has been offered throughout Asia, TRU in Canada and Australia and Kmart in the US. Colours and moulding seem to match the TF Collection release, Kickback sporting pointy wingtips and all having orange tinted chest flaps. 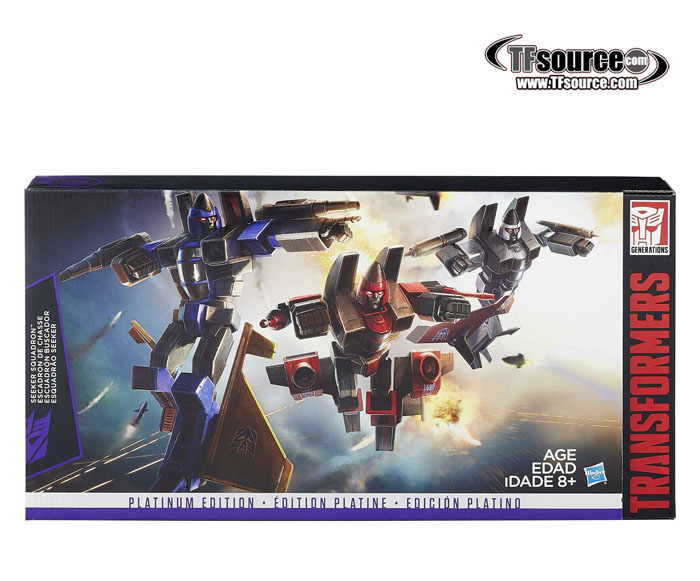 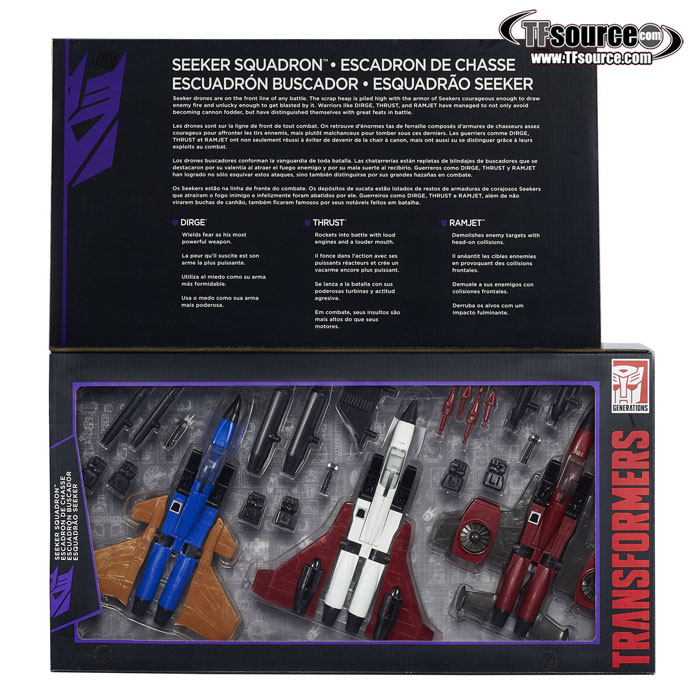 What was interesting about the Insecticon 3-pack was that the packaging advertised a 3-pack of Decepticon jets, the Coneheads no less. Labelled the “Seeker Squadron”, Dirge, Ramjet and Thrust are offered together for the first time. Very interestingly, none of the three series 2 Decepticon planes in the Platinum Edition pack have any sort of factory stickers on the wings/fins like all previous versions. 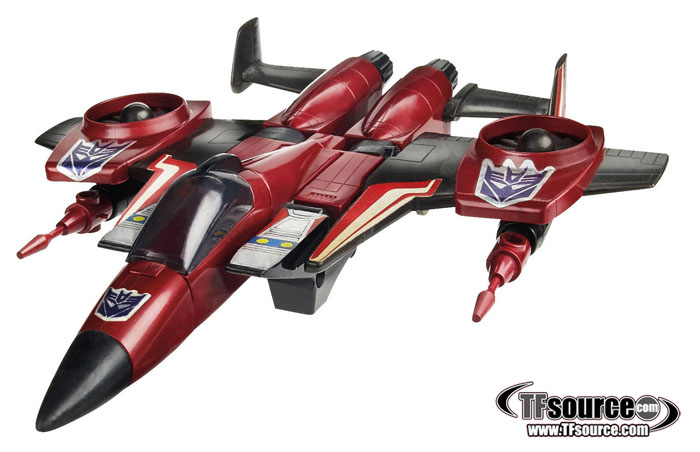 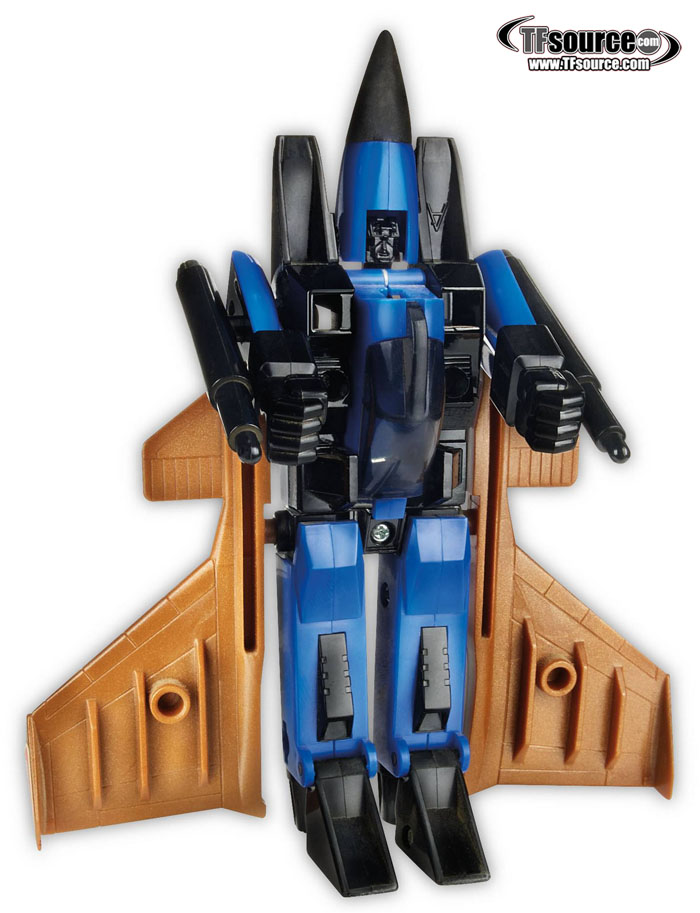 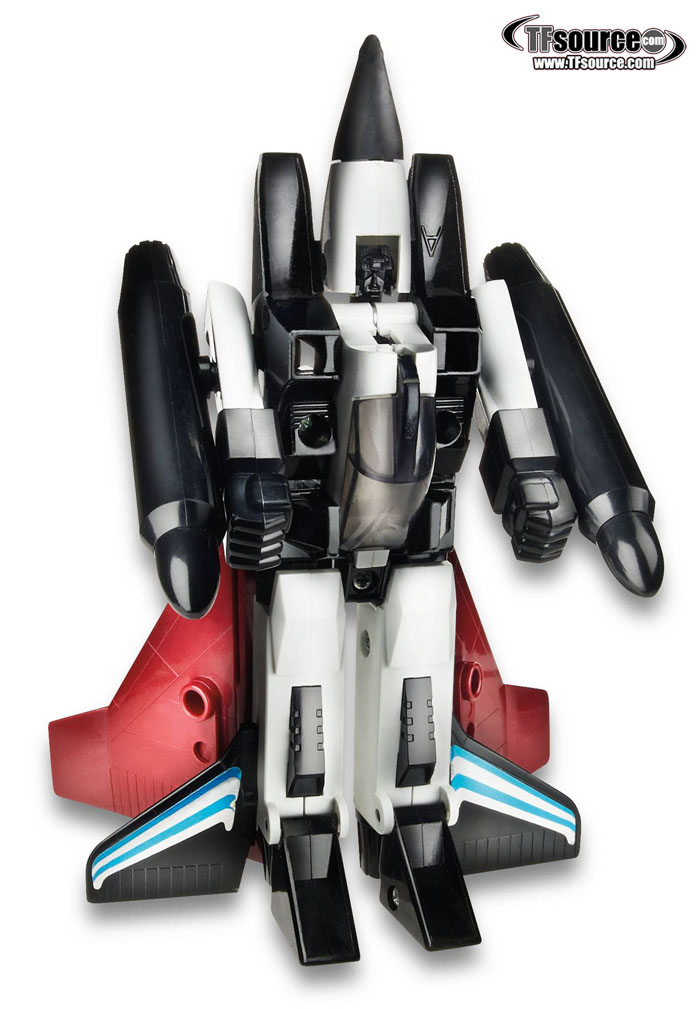 With all new artwork and stock images, Thrust, Dirge and Ramjet are finally depicted in G1 stock photography with their nosecones up to simulate their Sunbow cartoon appearance, much to the dismay of those who prefer to display them with the cones down as per G1 instructions, paperwork and packaging. Times change, influences win out, they’re called “Seekers”, they have official coneheads, and it’s nothing to get upset about. Ramjet and Thrust are finally made available as reissues outside of the original E-Hobby exclusive Collector’s Edition run during the original TF Collection era. These were sold in select parts of Asia and only – so far – through online sources in Canada (Walmart) and the US (Target). 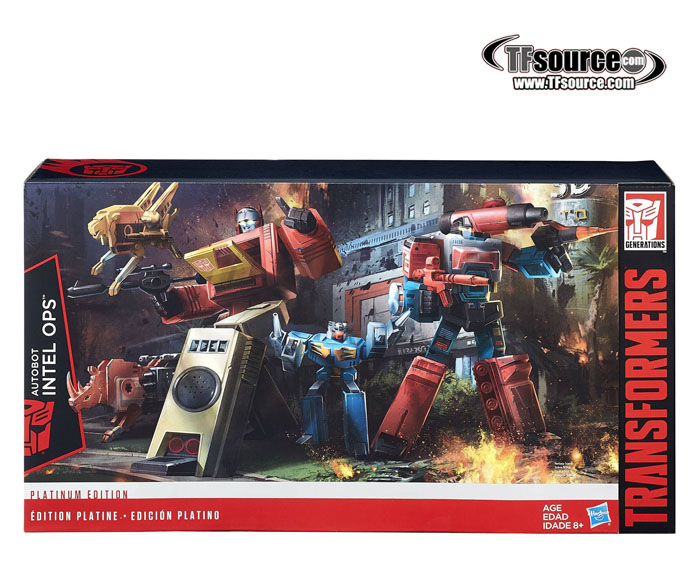 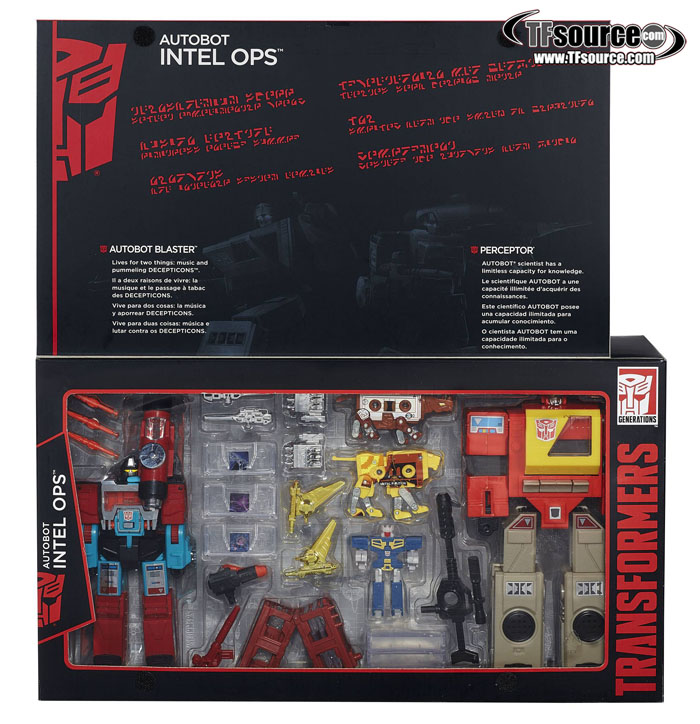 The Insecticons showed no real difference from other reissue versions, the Coneheads did not have factory stickers applied – not too major – but once we get to the Autobot Intel Ops set of Blaster, Perceptor, Eject, Steeljaw and Ramhorn, things start to take a noticeable departure from the norm. 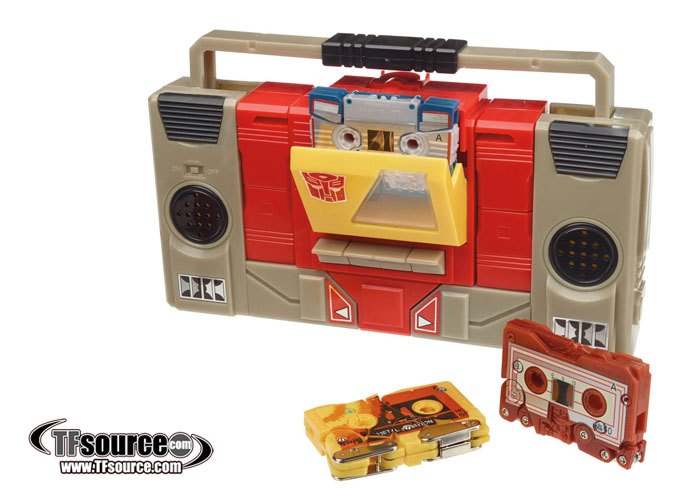 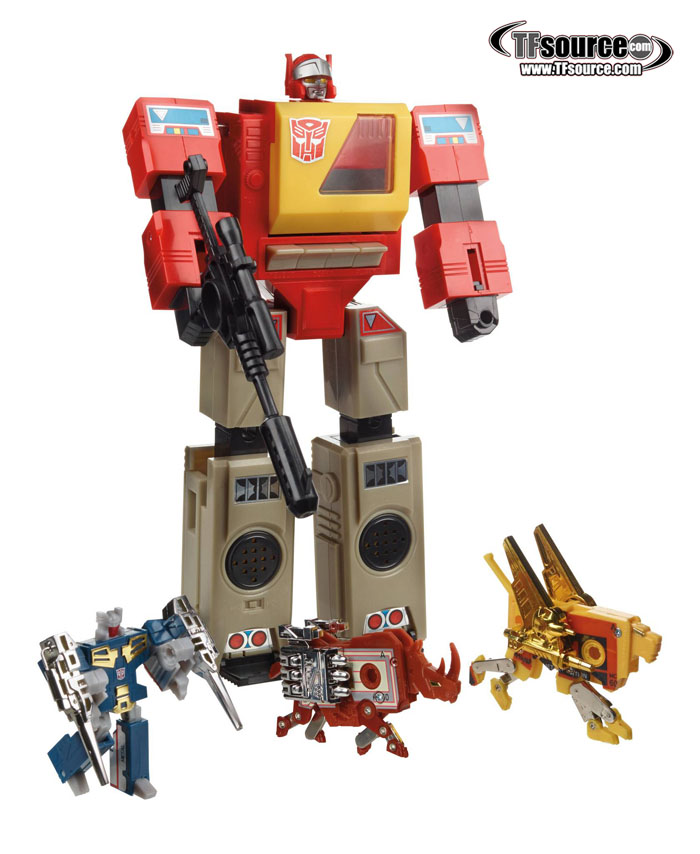 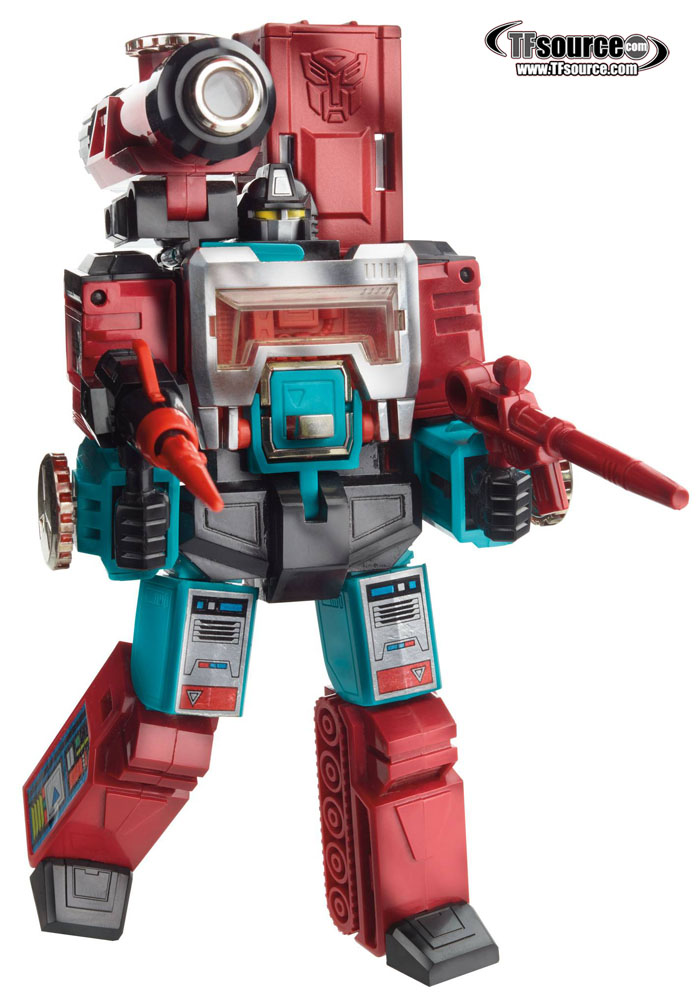 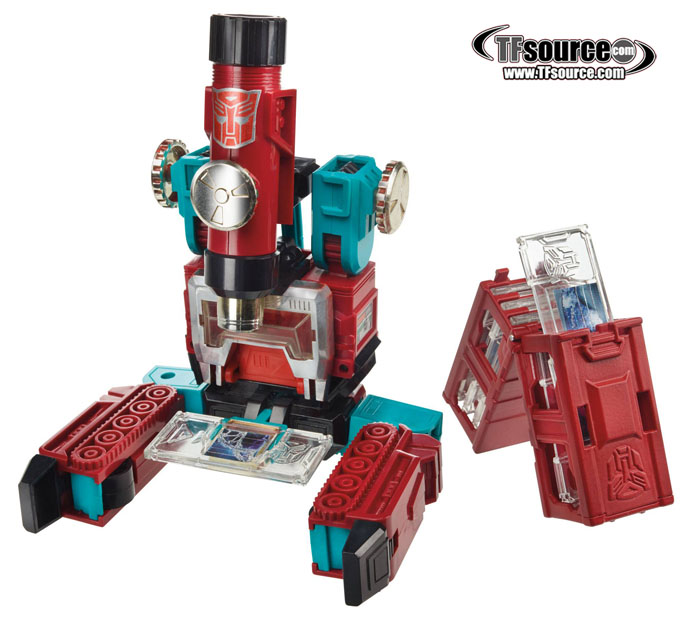 Yes, Blaster and Perceptor have been offered previously as reissues both abroad and domestically in the US under various guises, but to quote from TFWiki: “A new feature included in this set specifically for Perceptor are six ‘microscope slides’ featuring different pictures, and a slide holder / cage which can hold all six slides. The slides fit snugly onto the mirror of Perceptor’s mounting platform”. This does follow the pattern of Transformers originating from the Hasbro Asia exclusive stable, odd little additional features thrown in for the sake of collectors, but this is a really strange one. Maybe they felt Perceptor needed to be more appealing. Regardless, this is a quite attractive set I must say, some quality Micro Change Series moulds offered together and with a set of 3 cassettes to boot. 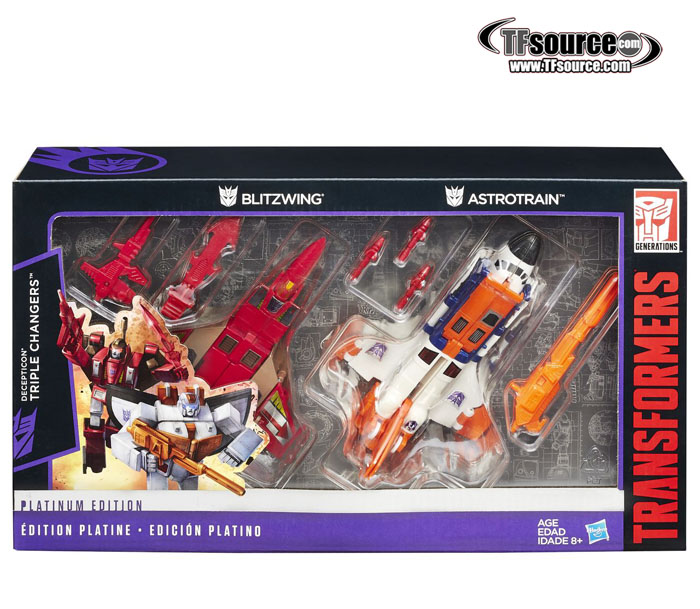 If Perceptor’s cage & slides were odd, the colours chosen for the Platinum Edition Triplechangers Astrotrain and Blitzwing boggle the mind. I think they were first spotted at Toy Fair and despite the feeling that they could have just been prototype colours, the figures did actually see release in the bizarre decos seen above and below. Yes, this really happened. 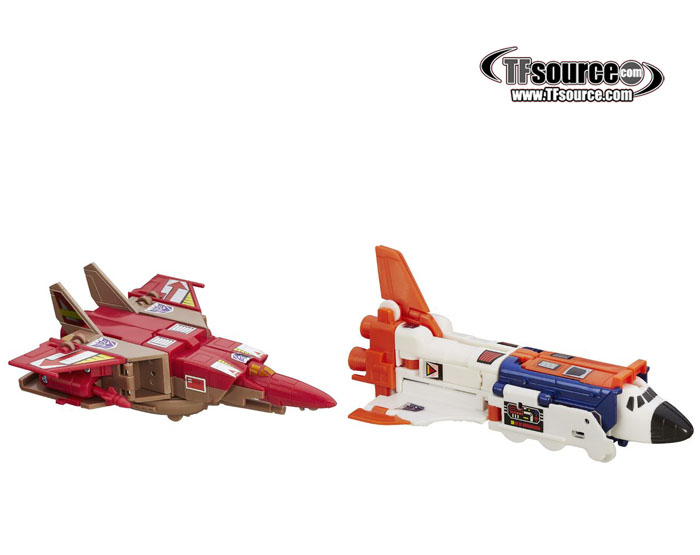 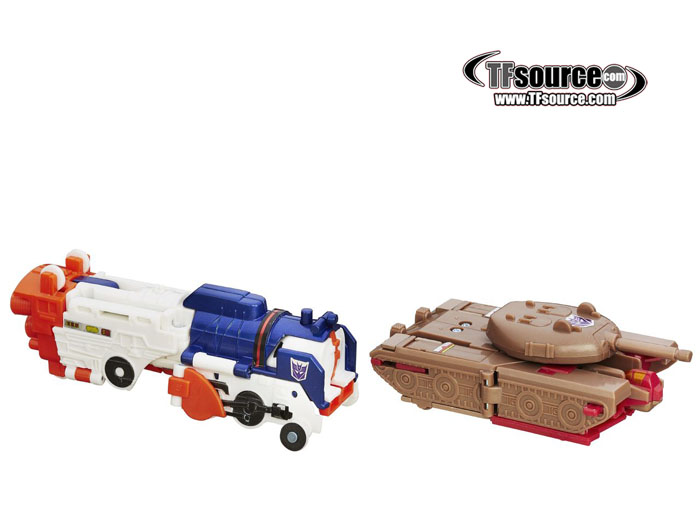 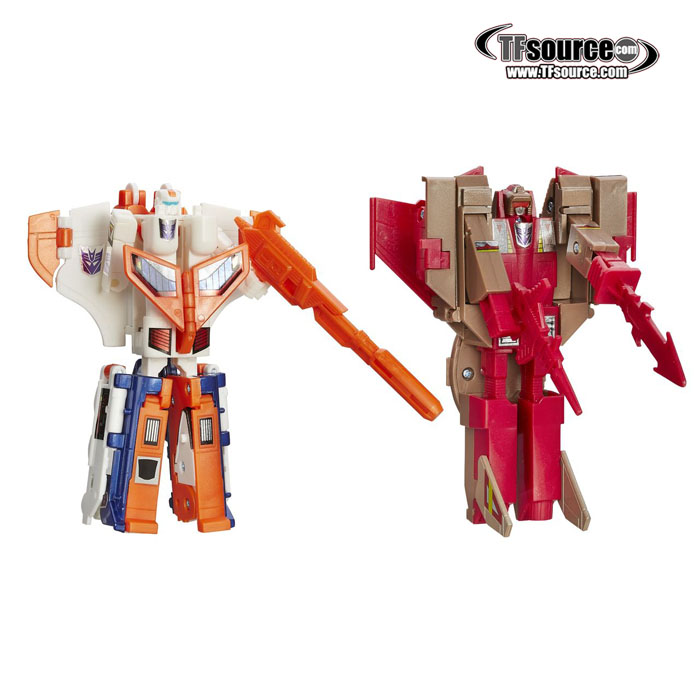 It is thought that Blitzwing’s new colours are a nod to the Decepticon Duocon “Flywheels” and that Astrotrain’s scheme homages “Machtackle” from Transformers Victory. That doesn’t explain why, though. I heard from one well-connected collector (“He tell me” in full force here) that this was an abandoned Year Of The Horse/Year Of The Goat/etc exclusive set that has found its way into the Platinum reissue sub-category. I have seen the set in hand, and Blitzwing is very nice actually, but the Astrotrain is just confounding. It seemed a very good opportunity for the still quite expensive TFC reissue Blitzwing in normal G1 colours to be re-done and made more available, as well as offering Astrotrain in his prototype/anime or even original G1 colours, yet here we are with one of the most baffling reissue recolours in memory. This set is also lacking the fold-up box cover with the enormous art splash that the other releases have enjoyed thus far. Shame. 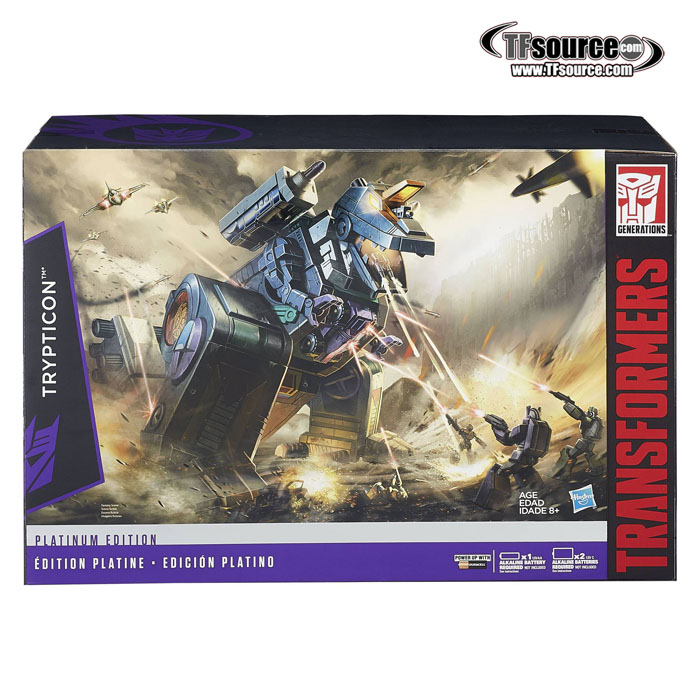 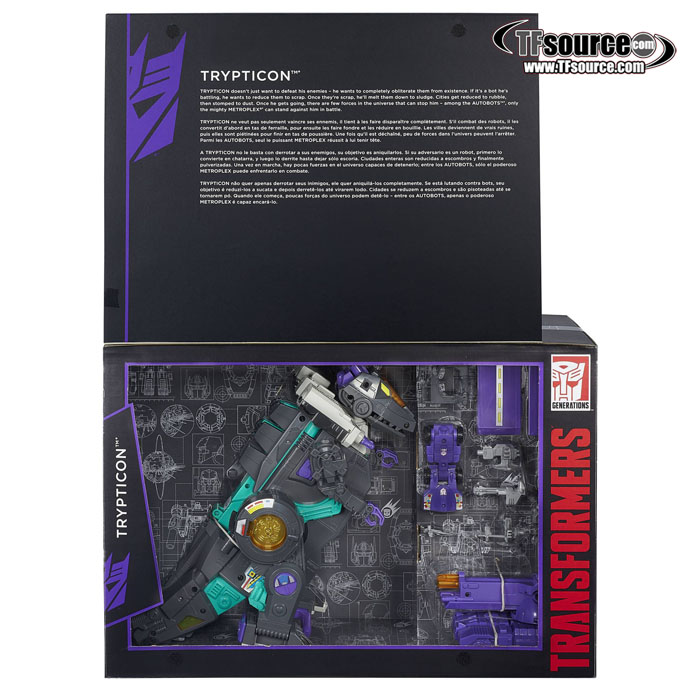 This is probably the greatest peak of the Platinum Series reissues so far, G1 Trypticon available again in original colours for the first time. Metroplex has his nemesis, collectors can finally lay their hands on a perfect complete specimen at a more reasonable price, and G1 dealers can wince at no longer being able to charge as much for vintage examples at shows! At least for a year or so, we all know things go back to the way they were eventually. There is some slight remoulding on Trypticon, and he has gold eye stickers, but Full Tilt and Brunt are included, he has working electronics and like all the other Platinum reissue sets, it is presented in gorgeous packaging. The artwork is none too shabby on the front, either.

As for future releases under this banner, there have been constant rumblings about reissue Dinobots, Scorponok and the like for some time, but I would not be surprised to see another round of Soundwave, Optimus and Starscream releases. I would hope that the Platinum Edition sets continue to surprise as they have with Trypticon and choose toys we have not been offered as reissues yet, things like the Dinobots, Headmasters, Targetmasters, unreleased combiners and G1 cars and so on. It also wouldn’t hurt if they were just that much more accessible and available to the rest of us. 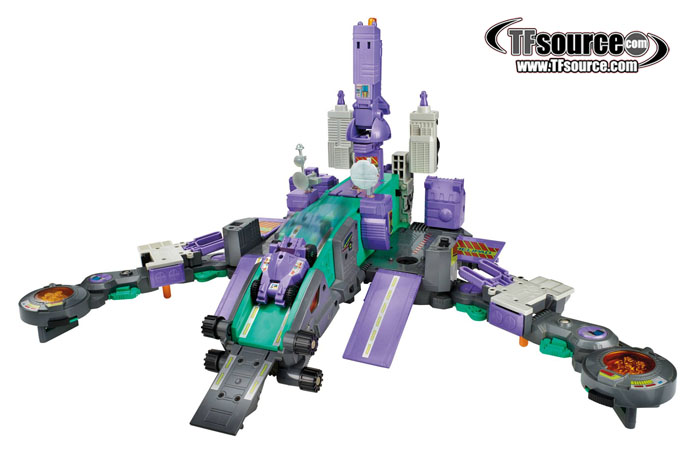