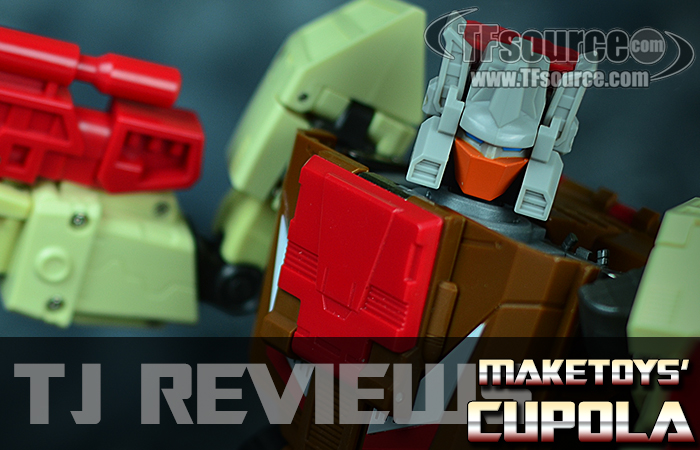 IS Cupola a strong start for the MakeToys Masterpiece Scale line? Let’s find out!

When you get MakeToys’ Cupola (Their Masterpiece-Scaled homage to Transformers’ “Chromedome ” character), you can’t help but to be wow’d. At 9.25″ it’s definitely a nice size, and the look and feel of the plastic is just magnficent; it FEELS like quality even. The headmaster is well done and detailed enough to be displayable on it’s own in robot mode, and the finer details like the tampoed “tech specs” are a fantastic touch. The transformation has an intermediate amount of steps, but definitely isn’t a process I’d call hard; especially after having done it a few times. The alt. mode is definitely just as nice as the robot mode with rubber tires to boot! The two seats that can fit two headmasters is also pretty awesome.

Where it lacks in my opinion is poseability. The choice of ratcheting hips and hip swivels keep your positions locked at set points and the tires that reside on the hips in robot mode block the hips from having outward swing. It’s unfortunate because you have such a beautiful figure and then are hampered when you want to knuckle down and get him into a badass pose for display and you start noticing these limitations.

Definitely a solid start in terms of Aesthetic and build quality. However, this feels like it’s a bit lacking in an area where MakeToys as a company normally shines, and that’s a really “free” feeling in terms of poseability. It’s definitely a toy I’d recommend, just not as much as some of their previous products. 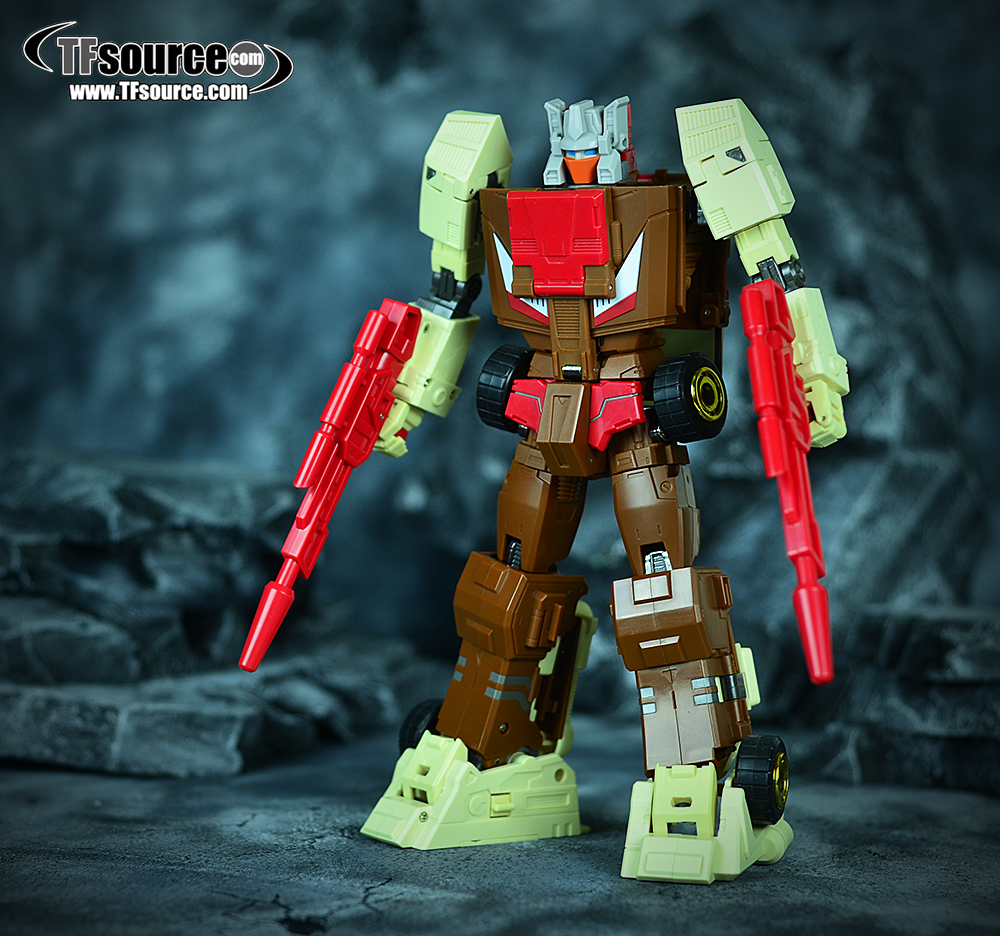 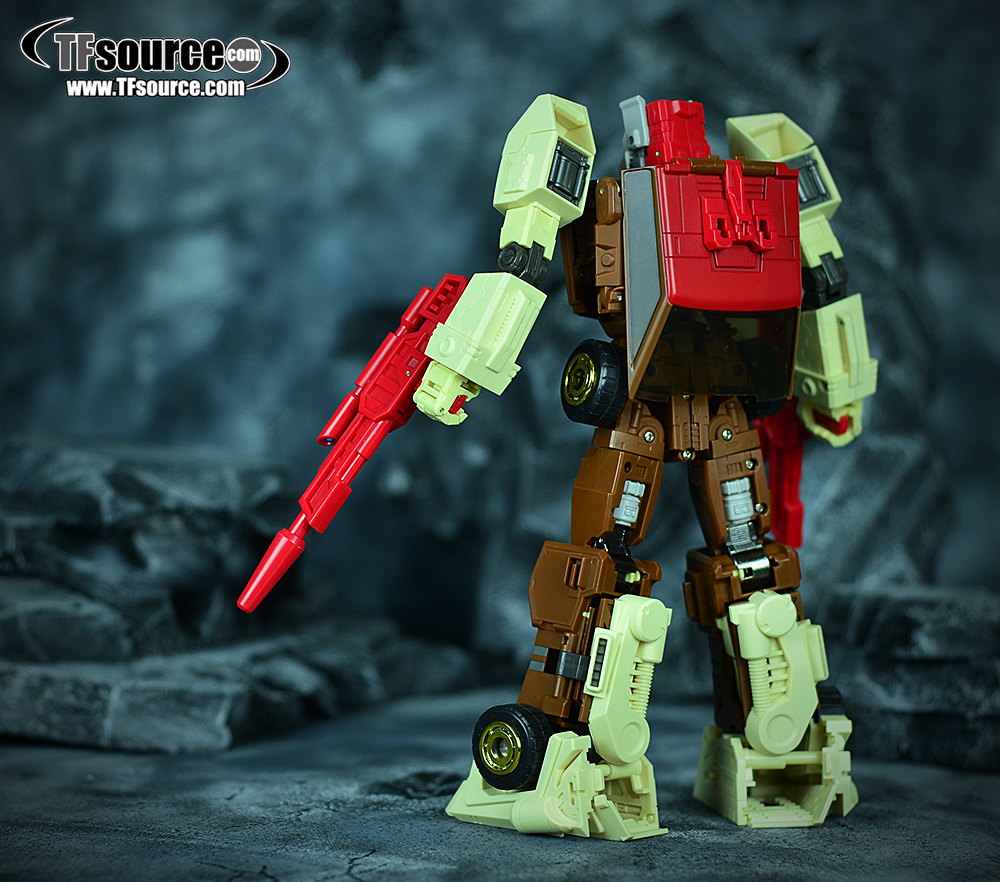 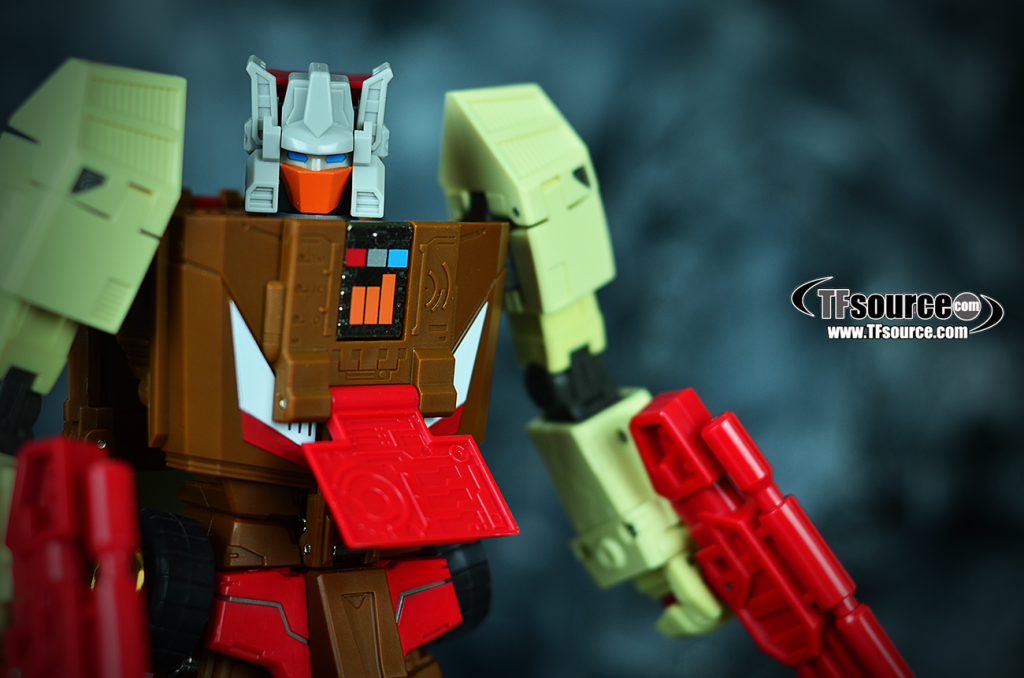 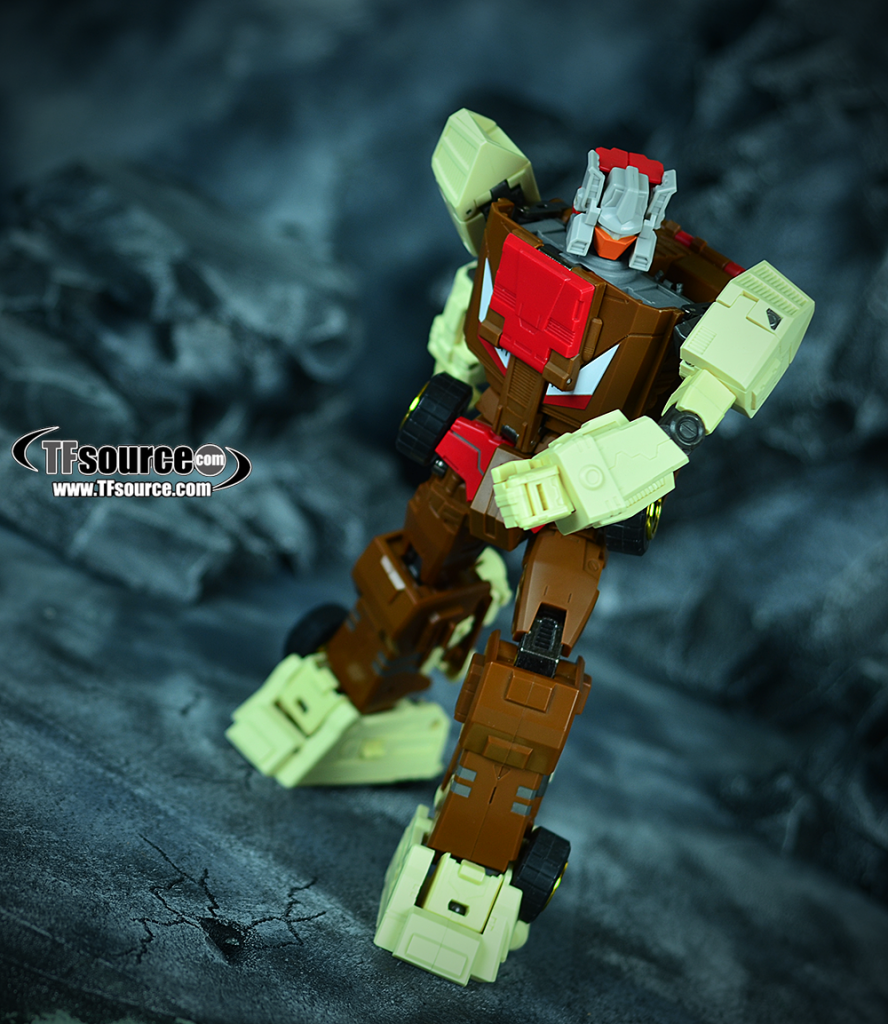 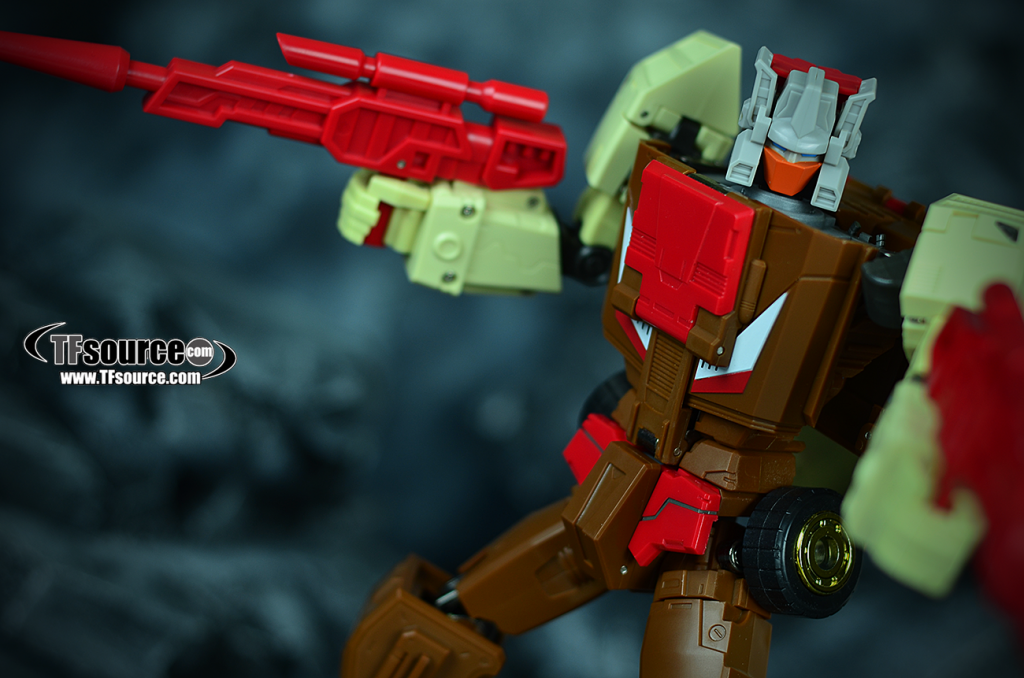 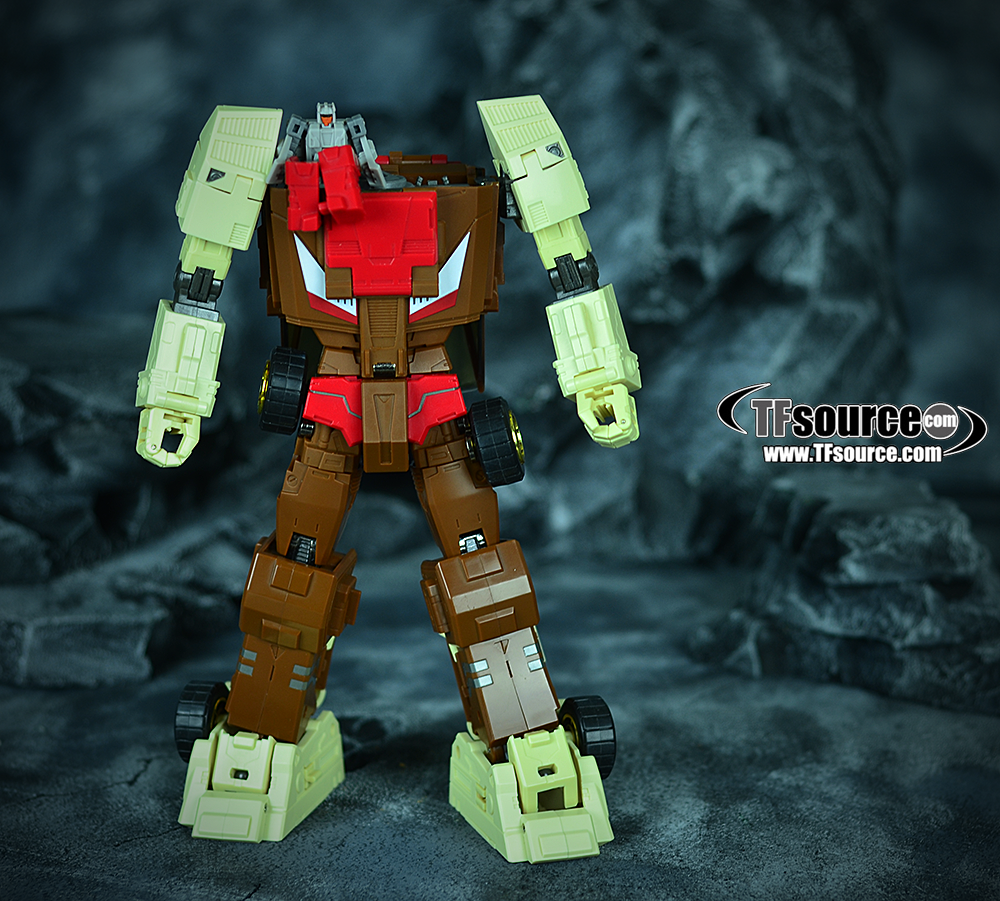 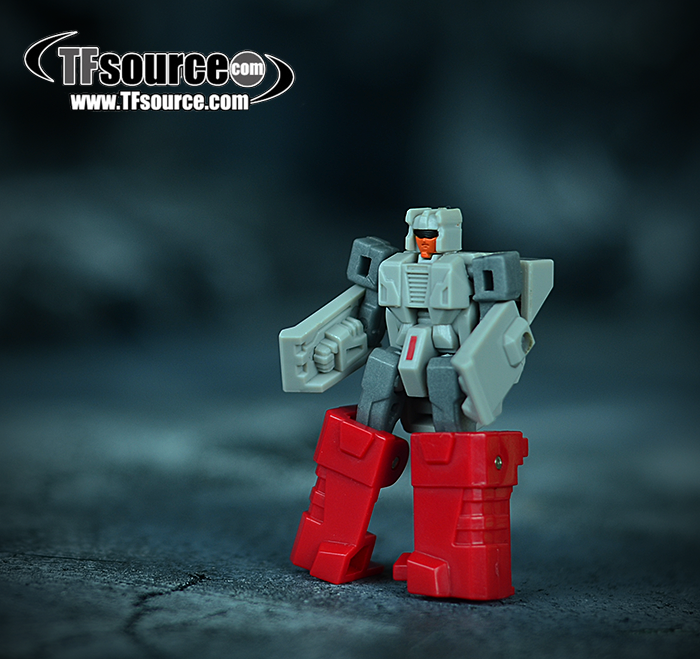 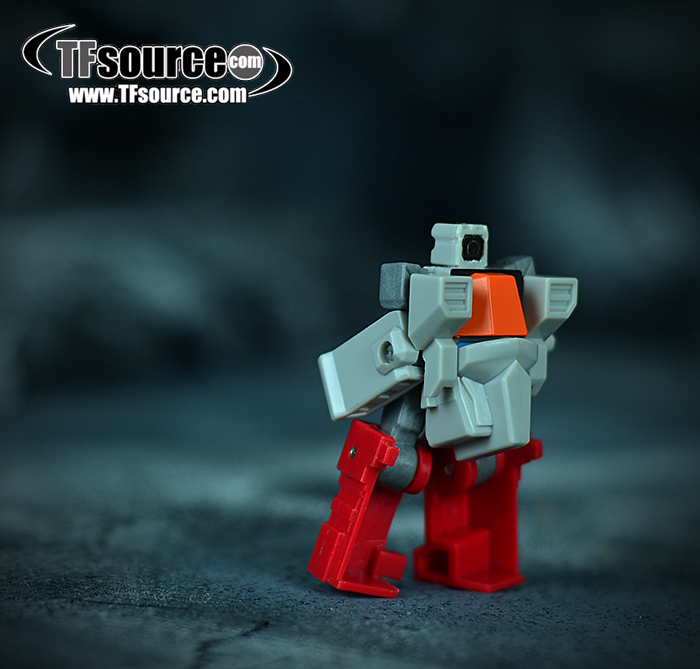 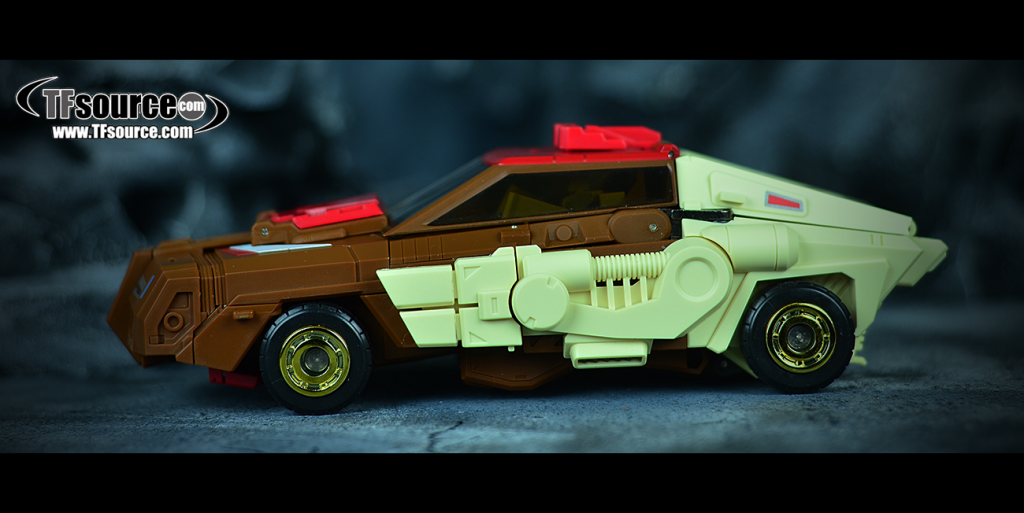 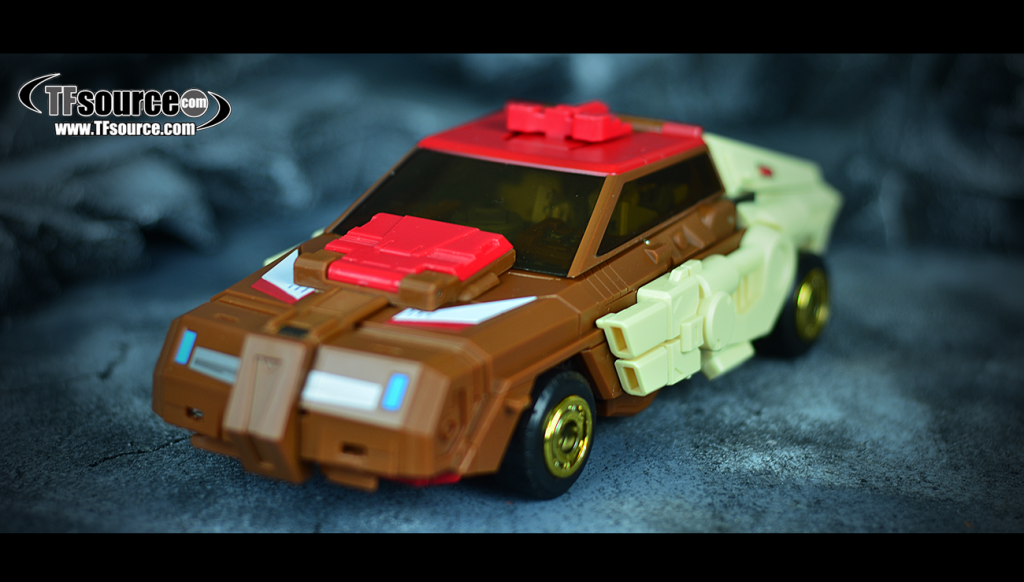 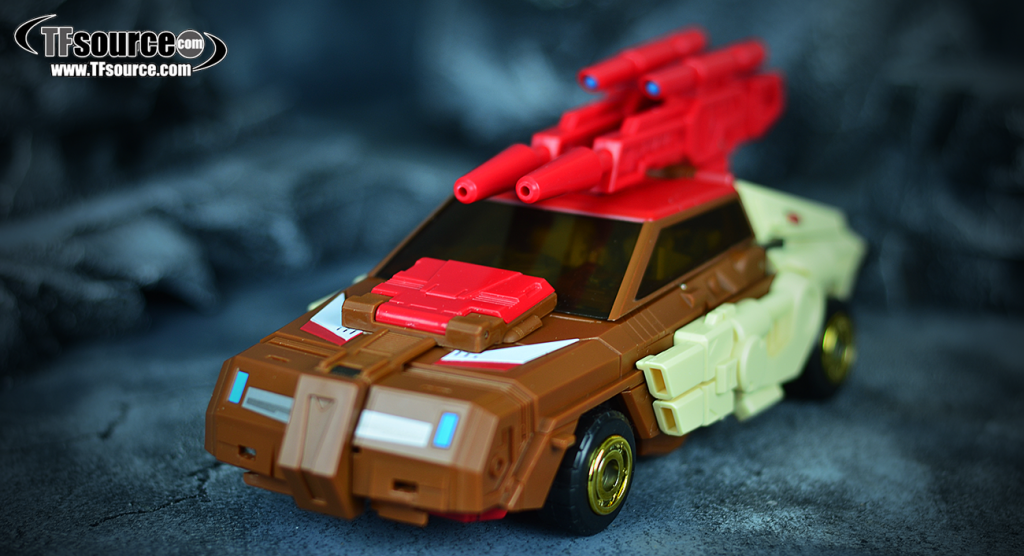 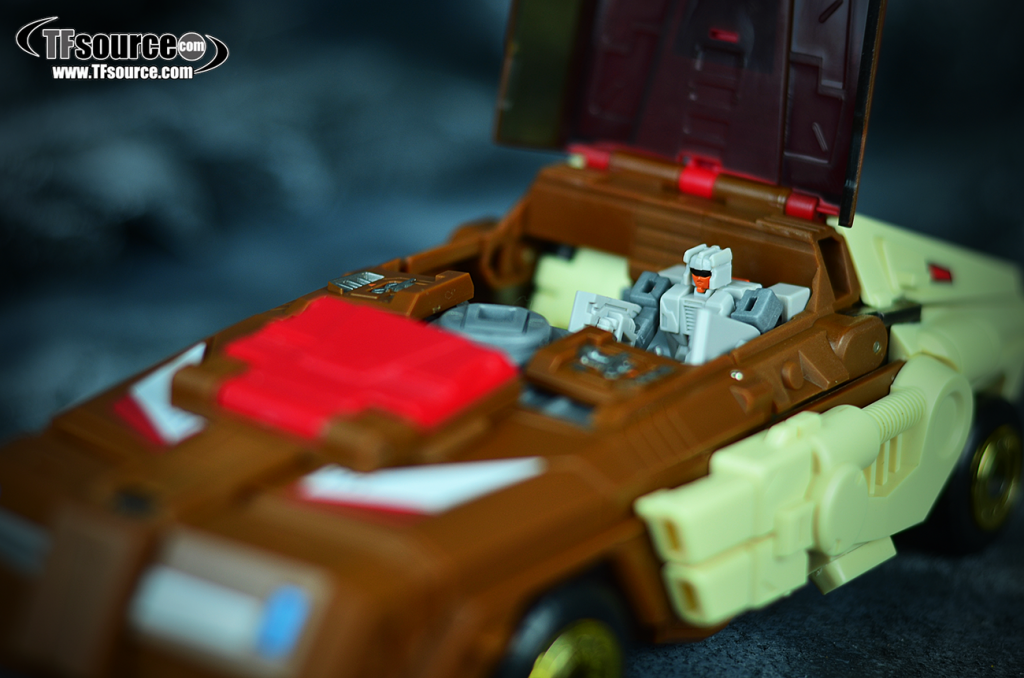 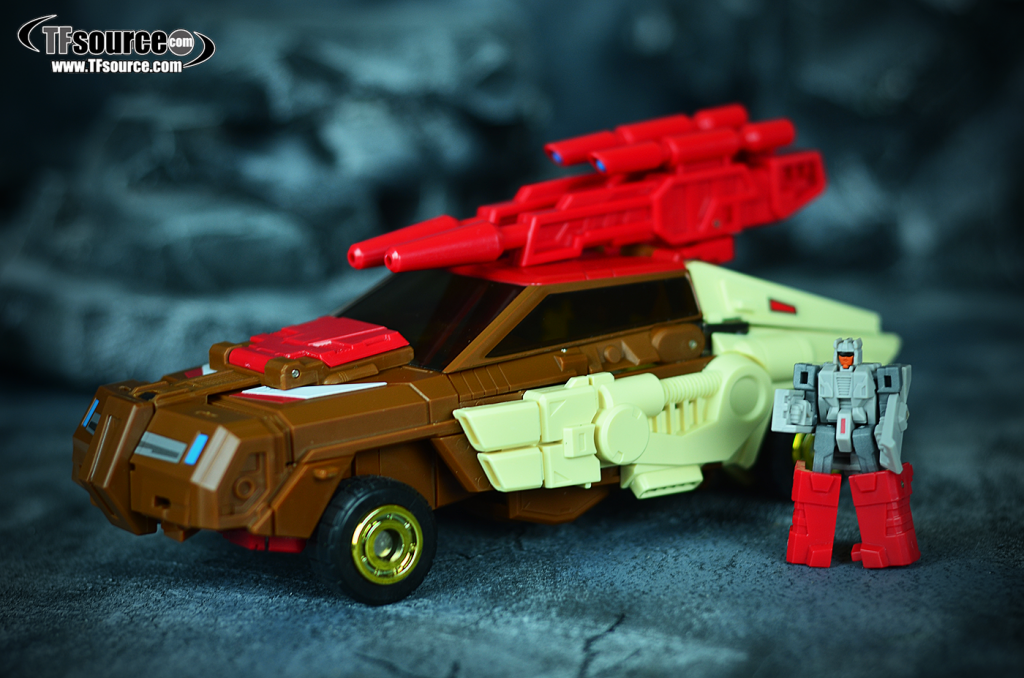