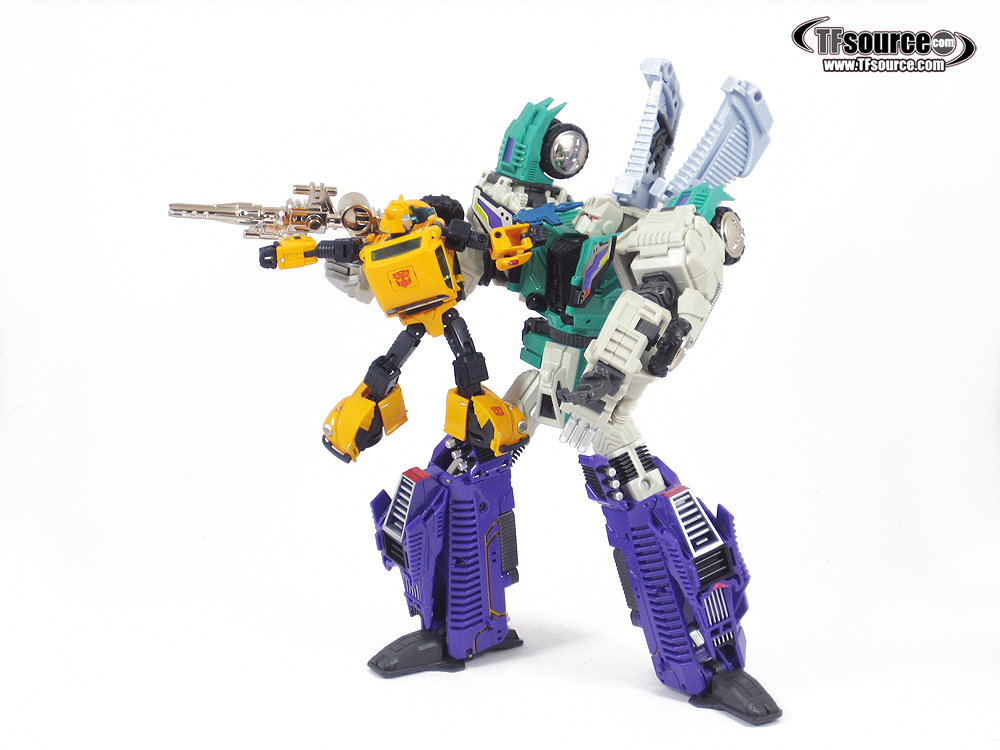 Official and unofficial Transformers at TFSource

We have recently floated the possibility that we are experiencing another golden age of Transformers collecting, and a majority seemed to agree with us that the live action Transformers movies have been good for the health of the brand. With so much choice available, the topic of choosing my purchases has never been far from this blog and the articles seen in the last year. Being that I feel a bit less of a newbie to the 3rd party scene now, and considering how much of the new official product I have tried, I decided to have a think about who I feel is winning the battle for my funds. 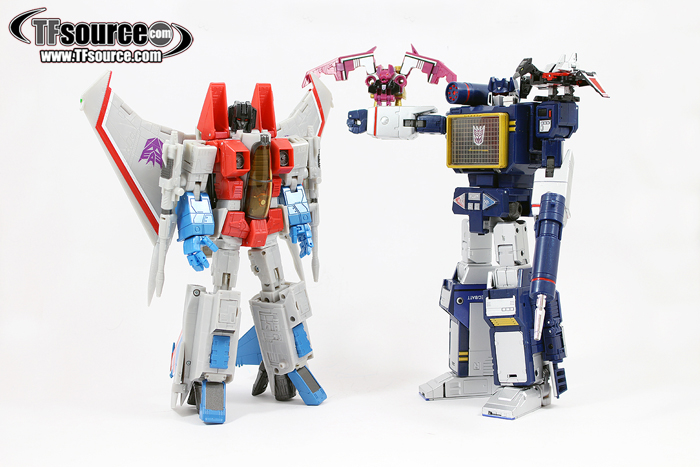 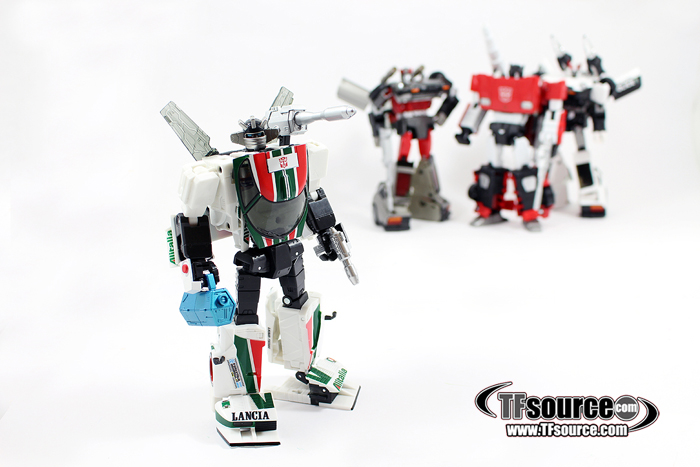 MP Wheeljack signaled a rise into the stratosphere

For the time being, Takara Tomy Masterpiece Transformers are bought on sight. Before sight even, pre orders have spoken for much of my toy funds in 2014 and 2015 thus far. After a brief wobble around the start of 2014, I got back on the train fully and haven’t missed a main line Masterpiece release since Wheeljack. I’ve even gone back and filled a few gaps including placing my pre-order for the TT reissue of MP-10 Convoy. None of these Masterpiece figures have let me down so far, not even the repaints of moulds I own 3 times over. Hasbro versions have not been too shabby either. 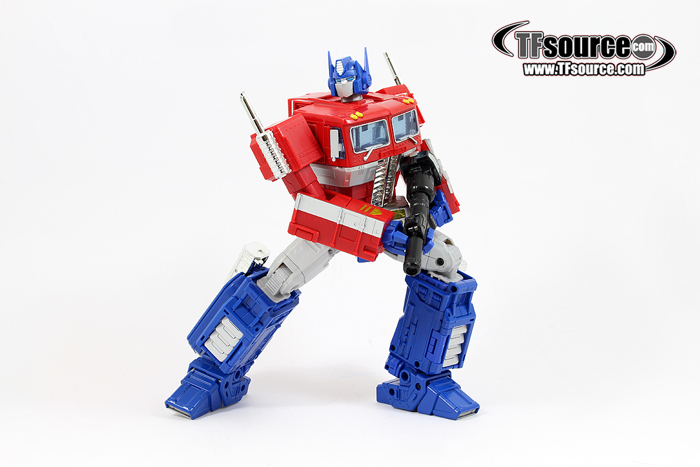 MP-10 Convoy reissue due this month 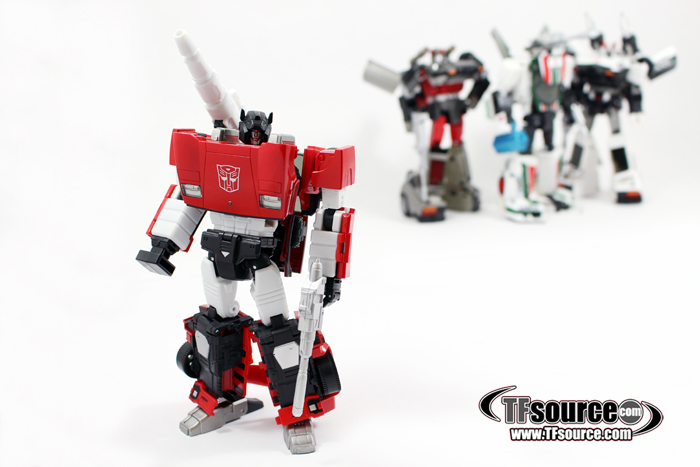 Considering that we live in the age of austerity, and brand expansion has made focused collecting an essential part of the Transformers buying landscape, awarding Masterpiece insta-purchase status means that these big hitters are doing a great deal to convince me that official releases are still far more appealing to me on the whole than 3rd party offerings. 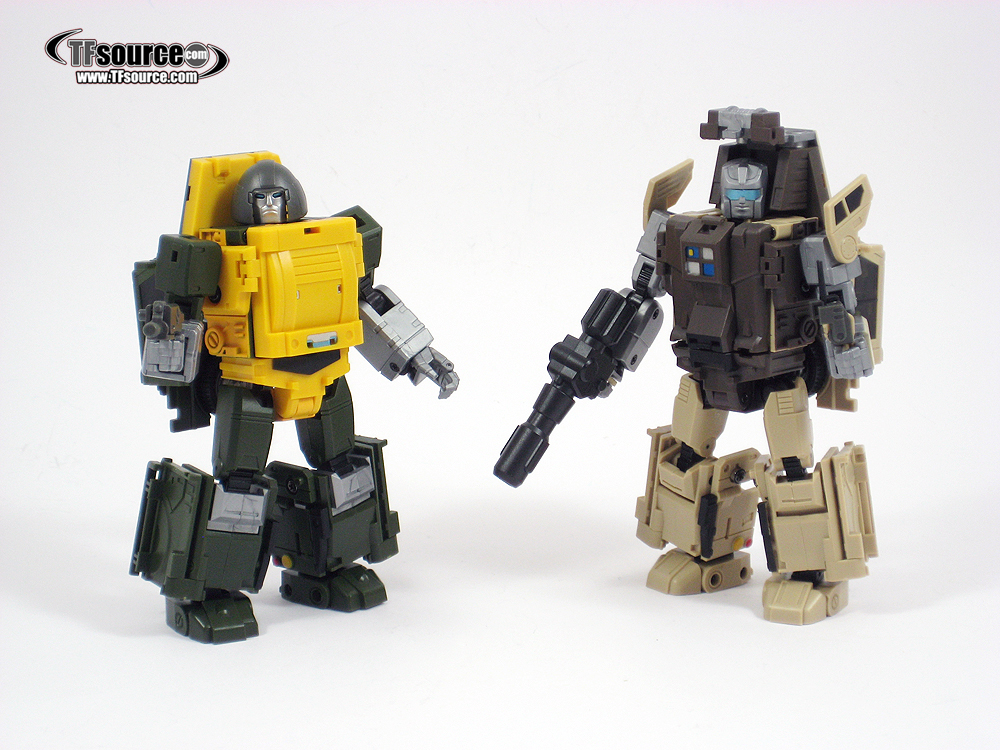 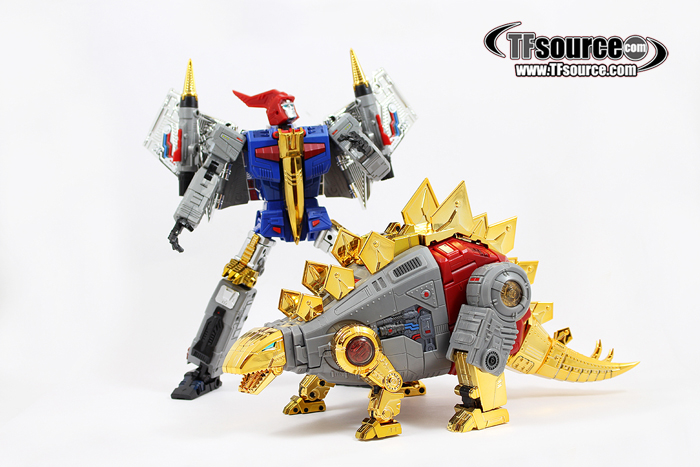 As quickly as 3rd Party companies rushed in to pre-empt official Masterpiece releases and fill gaps in impatient collections, I started to consider how I could augment my Masterpiece collecting with top quality unofficial product that shared the same aesthetic with less of the cost-saving restrictions that can occasionally appear to swing the balance of quality in a Masterpiece Transformer towards toy from high end collectible. Step in FansToys Iron Dibots like Scoria and Soar, Quakewave, DX9’s Invisible together with minibot homages from BadCube like Huff, Brawny and Backland. Not everyone agrees, but mostly I felt these figures fit well with the Masterpiece display. They started to make 3rd Party purchases very relevant. A new priority was established and while I do receive a certain amount of review samples, I’d like to believe I would put my money where my mouth is should the privilege end. 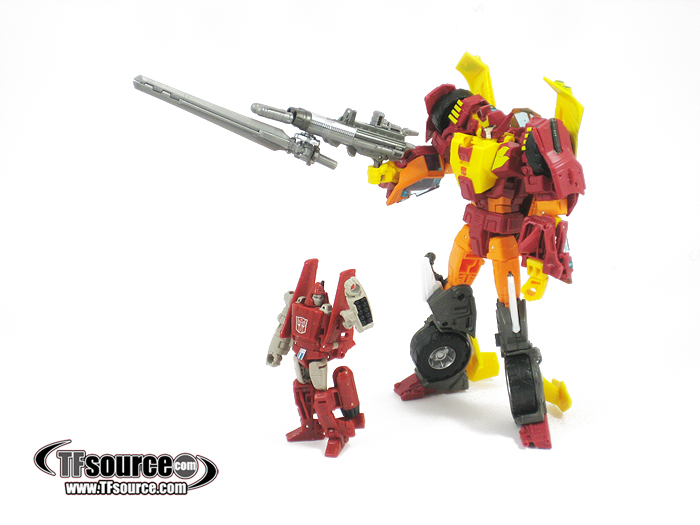 The folks at Hasbro and Takara don’t just do 30 year old slavish cartoon homages, though, their mainline Generations, Combiner Wars and Robots In Disguise lines have lightened my wallet occasionally too. I missed the Classics train for sure, with no significant collection of the aforementioned to speak of in my collecting history, but gems like Combiner Wars Powerglide, Generations Sandstorm and TF Cloud Hot Rodimus were downright irresistible on individual merit, not because they fit into to my wider collection in any way shape or form. That is a compliment to the toys themselves, to the companies responsible and especially so when spending is so measured. A big point for the official boys. 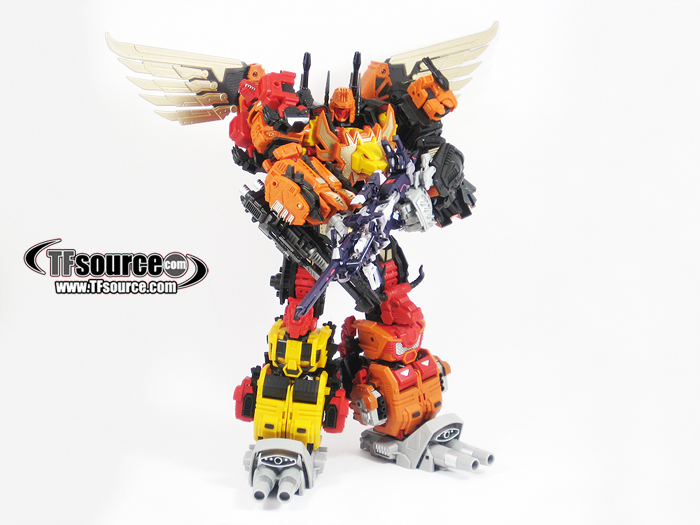 Essential purchases for me 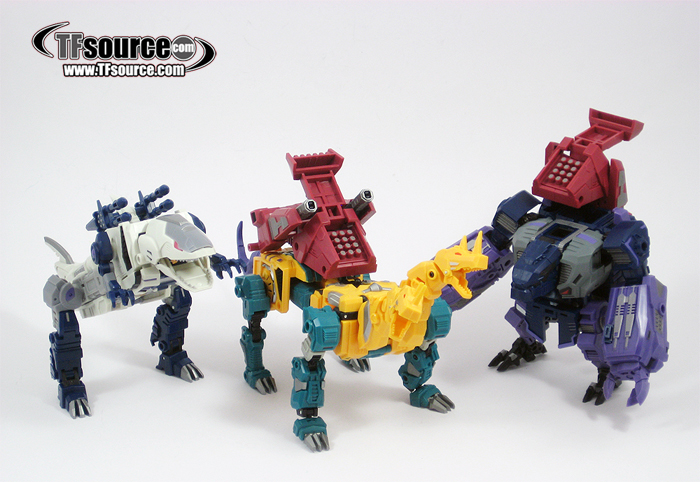 However, 3rd Party companies like Mastermind Creations and Unique Toys have done their part in making classics scale re-imaginings as desirable as official product. Maybe it’s even more impressive thinking about the money I dropped on Feral Rex limbs when one considers how much higher a price point items like that occupy compared to Hasbro and Takara Tomy mainline deluxes or voyagers. By association, a combiner like UT Ordin suddenly appealed as I started picturing a top-end Decepticon combiner shelf. This is quite an astounding achievement in itself as Terrorcons have never ever featured on my radar, yet here I am, eagerly anticipating Hagen and Siegfried (no, these are not my Icelandic in-laws visiting for Christmas). Cynicus and Azalea are the result of officially-inspired characters from IDW Transformers comics, given form by a 3rd Party company worthy of the project. Certainly an MMC version of Vos is closer to what I would have imagined 3rd Party companies to specialise in, doing what they do best, making a case for my money. 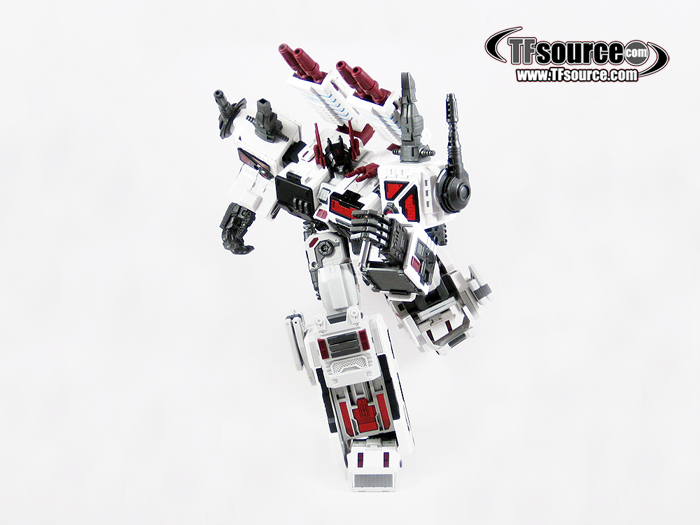 The City That Ran 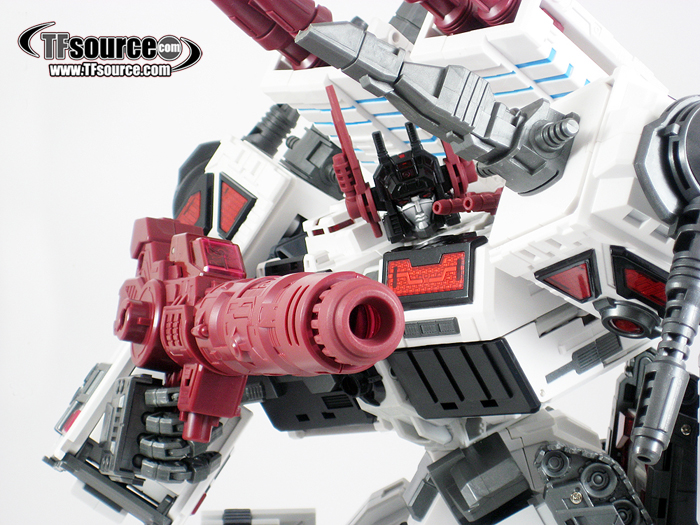 While many characters have representations in the 3rd party world that I find significantly more appealing than the official counterparts – such as MakeToys Utopia spanking Generations Metroplex into next Tuesday – the price of something like Utopia means that I can consider it firmly out of reach. When I really think about it, there’s not a lot of official product that I could suddenly desire and not be able to afford, especially at the pre-order stage of proceedings. But with 3rd Party, it’s a far more immediate consideration. Utopia would cost me a few uncomfortable sacrifices in my lifestyle, collection and long-term plans, whereas Masterpiece Ultra Magnus was a luxury purchase at a third of the price that has not stopped being one of my best collecting decisions of recent times. 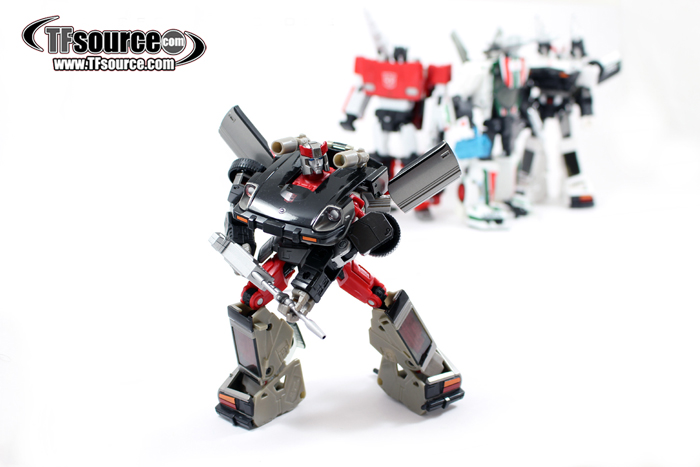 Both sides of the war employ endless repaints 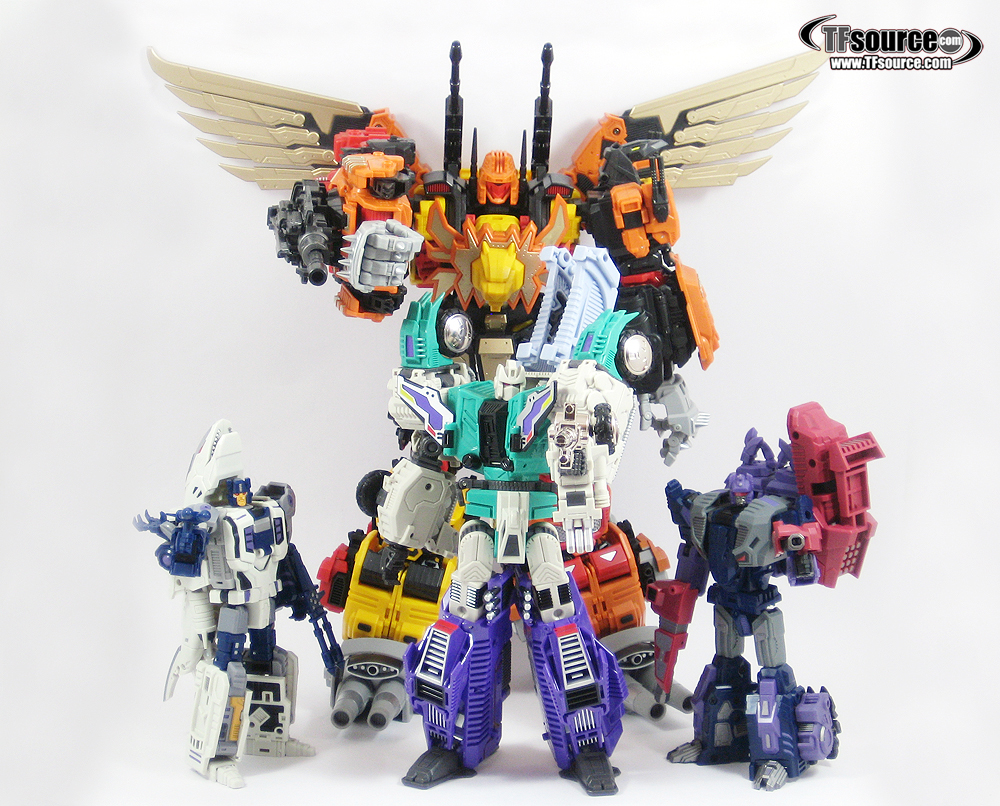 The bad guys. The toys, I mean.

For every Transformers Q Lockdown or RID Legion Class Fixit there’s an Iron factory Windblade and DX9 War In Pocket Cyclonus, there are battles raging for my interest even at that scale. Price is again the decider, for quantity if nothing else. For that reason I can’t really quantify who the current winner is of the battle between official and unofficial product in my collecting and buying based on how much of each type of Transformer I buy. Small Hasbro stuff invariably costs less than small 3rd Party product, the same goes for deluxe, voyager and Masterpiece sized figures. When you factor in how much I handle and transform the two types of product, my general experience with durability and construction or assembly quality, what I could live without if you confiscated the official or unofficial portion of my collection today, it would be easy to pick a winner – official product. However, what is beyond doubt is that removing either part of the tapestry reduces its overall quality, and in my collecting, that might just be the biggest victory of 3rd party figures. 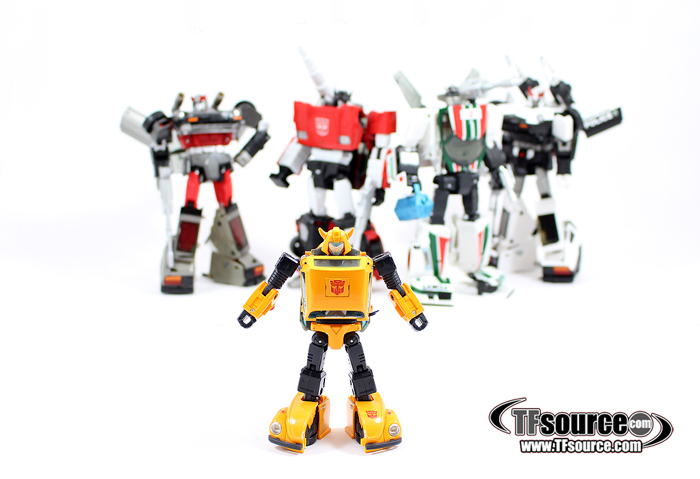