Were The Movies Good For Transformers? 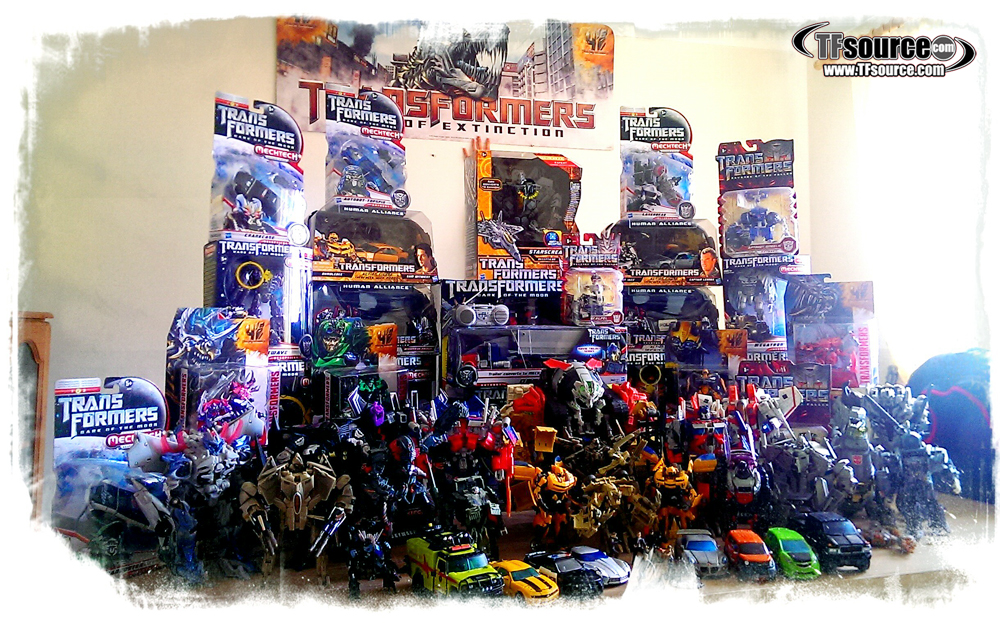 Were the live action Transformers movies directed by Michael Bay good or bad for Transformers? That’s the question that I put to a number of respected collectors and community members, and not just in regards to Transformers toys, but the general health of the brand and the people who now count themselves as fans. Four movies in, and everyone has an opinion on how the Transformers movies have affected our hobby. Significantly, though, a whole host of people outside our hobby have an opinion too, one of the most noticeable outcomes of the big screen exposure afforded Transformers today. 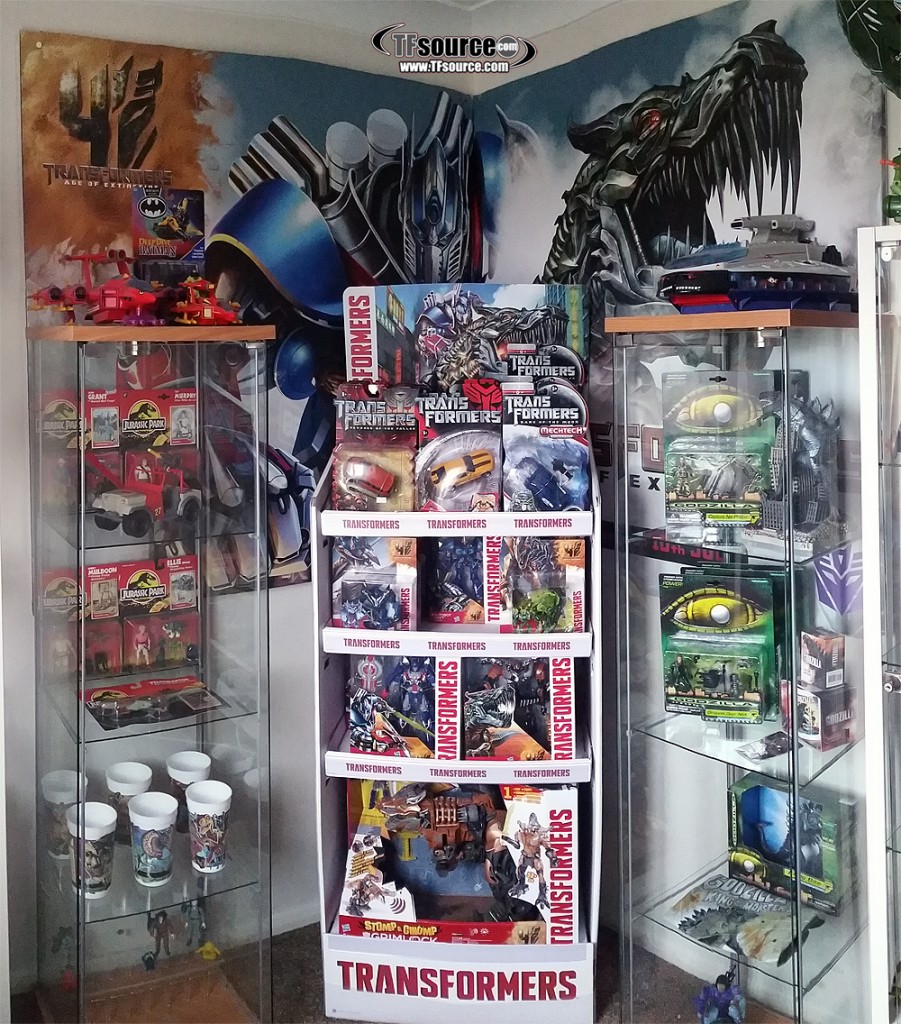 Whether or not collectors find Movie-aesthetic Transformers (often referred to as ‘Bayformers) attractive or desirable as toys or on-screen designs, I have found that the opinions of level-headed enthusiasts is not entirely affected by personal taste. I have also found that those who have contributed can often clearly separate the impact of the movies from the quality of the films themselves. Duron Land from TFTalk.net had the following to say:

“When I think about how the live-action Transformers movies have impacted the fandom, I have mixed feelings. On one hand, it re-opened the franchise to the world, a world where some people only remembered the franchise from the 80’s cartoons & toys. The films rejuvenated interest in the franchise in a major way, and causing many fans who grew up with it to return. On the other hand, I see a lot of people that do nothing but complain because the movies offered some of our favorite characters in ways that were totally different from our beloved childhood. ‘Michael Bay has raped my childhood’ has become a mantra for some, they just can’t accept adaptation and change in my opinion. There’s something out there for everyone, it’s unfortunate so many within the fandom today can’t or won’t accept that“. 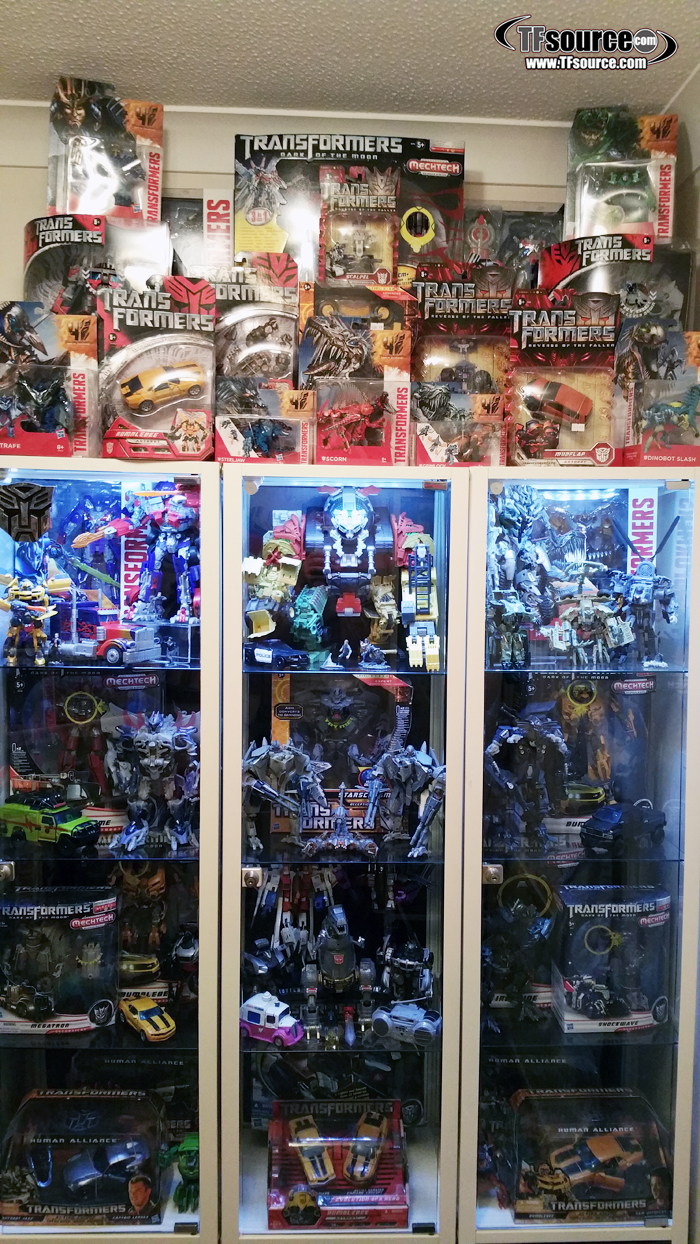 A display that wouldn’t exist without the movies

So that’s our first taste of the divide that exists within the fandom where acceptance of a completely new aesthetic, origin and dynamic for Transformers on such a significant stage is hard to accept. It’s also a glimpse at how vocal and ferocious some of the anti-movie sentiment can be among certain Transformers fans. A very pertinent point made by Duron is that Transformers were once again on the world’s radar, helped in no small measure by the record-breaking box office takings.

Matt Dennett of G1 Journey comments on the quality of the movies and their impact as well: “Yes, the live action movies have been a good thing for the Transformers franchise. I used to love passionately debating the live action Transformers movies. I say ‘debating’ as a polite way of reminding myself I would argue with other fans every chance I could to defend these movies, sometimes it was to no end. As each new movie is released, as my time in this fandom grows, I can no longer defend these movies. They are what they are: an over-the-top summer blockbuster with more shine than brains, more ‘in the moment’ excitement than actual ability to withstand the test of time“. 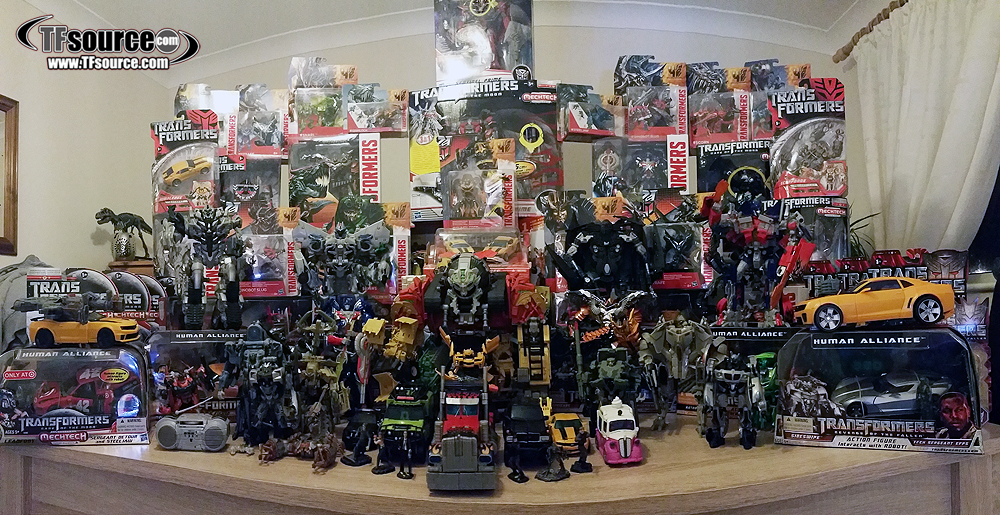 A separate collection from all before it

Appreciation of the movies’ effect on public awareness of Transformers coupled with difficulty defending their actual quality as feature films was very common across all the people I spoke to, and it’s true of my own opinion as well. Focusing now on the plastic aspect of the movie Transformers, how have our beloved toys been affected by these developments? Sid Beckett of The Accursed Love Of Collecting says:

“While I think the films themselves are pretty bad movies, I think they have been very good for the overall franchise. Just think of the sheer diversity we’ve had in the last eight years; Real Gear, PCC, CHUG, FOC, WFC, TFPrime, third party and MPs. The Transformers brand has always been strong with a built-in audience – we saw this with Armada and the Dreamwave comics – but the movies opened the door to the maximum potential of the franchise, with all the good and bad that in contains”.

Sid goes on to say “Every time you buy a 3rd party toy, Combiner Wars or MP, you owe a small debt to the movies for strengthening the brand for future generations. Now while it’s true that artificial highs lead to steep declines, we haven’t really seen this at the level predicted, and I think that is thanks to the foresight of Hasbro to diversify the brand into several different multi-media platforms and genres. Of course, Animated was a casualty of this brand strengthening and diversification, so I’ll always hate the movies“. 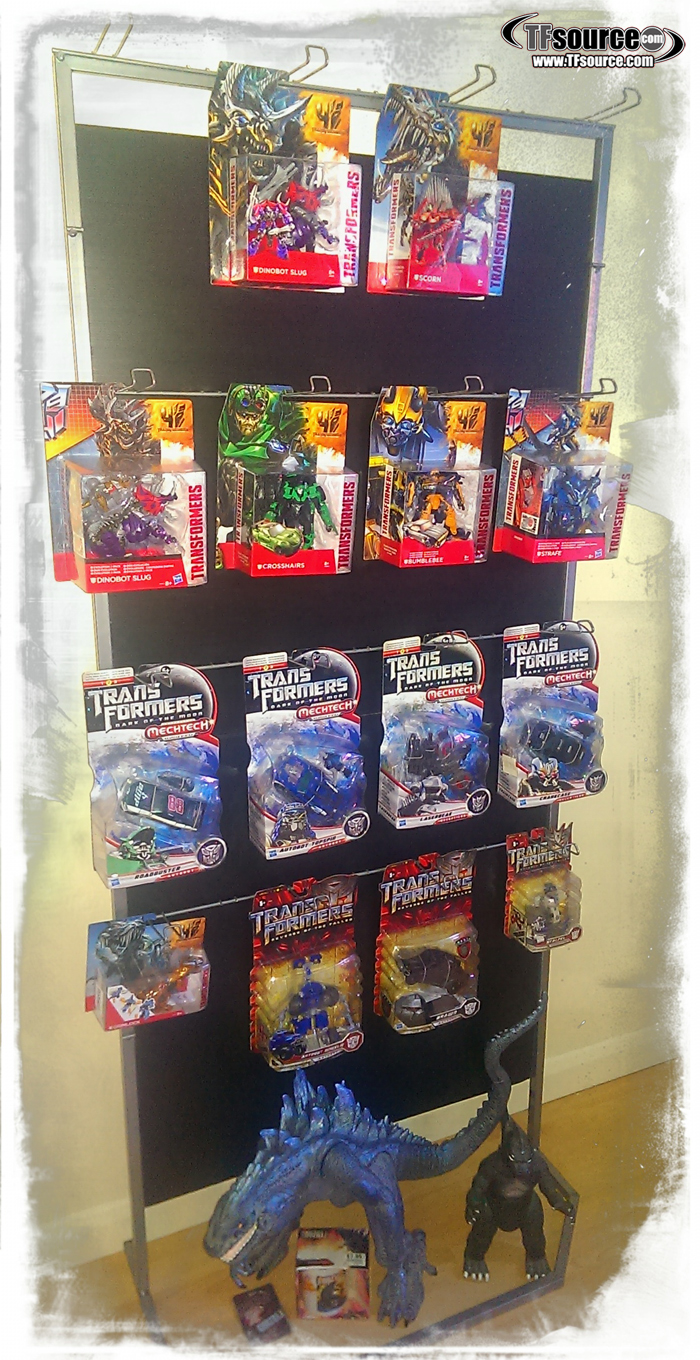 Movie revenue and brand strengthening may well have aided the diversification of Transformers as a toy line and made us grudgingly appreciate their role in the birth of other toy lines and initiatives, but there’s not a lot wrong with admitting that as a collector or a fan you like ‘Bayformers’. My Takara Tomy Buster Optimus Prime and Rusty Evasion Mode Prime, Hasbro Human Alliance Jazz, Bumblebee, Barricade, Skids and deluxe ROTF Lockdown together with Battle Blade Bumblebee are absolute highlights of my collection. And I’m supposed to be an old school vintage G1 person. Speaking of G1, Deefer Williams shares his opinion on whether the movies have been good or bad for Transformers:

“Bad points for many transformers fans (not myself) is that they are not G1 accurate, but you can’t please every individual person. I think we are in a golden age of Transformers now due to the movies’ success. A golden age equal to that of the 1980s golden age but in a different way. Two very different decades and forms of success but equal in my opinion. With the Internet, movies and merchandise Transformers has never been screamed so loud. A lot of fans are critical of the movies but they still buy tickets. I always look forward to a new installment of this epic childhood and adult entertainment alike. I think it’s a good thing, possibly the only thing to rival star wars in popularity.. now that’s big“.

So there’s no doubting the huge scale of the movies or their ‘success’, however you wish to define that, regardless of your personal tastes or feelings about how the public perceives Transformers, or how the origins of the brand might be lost among the sea of modern day representations. A fascinating insight into this was released recently as Kids React featured Transformers on YouTube. Duron Land follows his earlier opinion with more on the toys and separate eras:

“G1 will always be G1, Beast Wars will always be Beast Wars, the movies have their own niche in this franchise making it bigger—and better for the most part than if they didn’t exist at all. It can be argued that we wouldn’t have some great stuff today if the movies weren’t so successful, love them or hate them“. 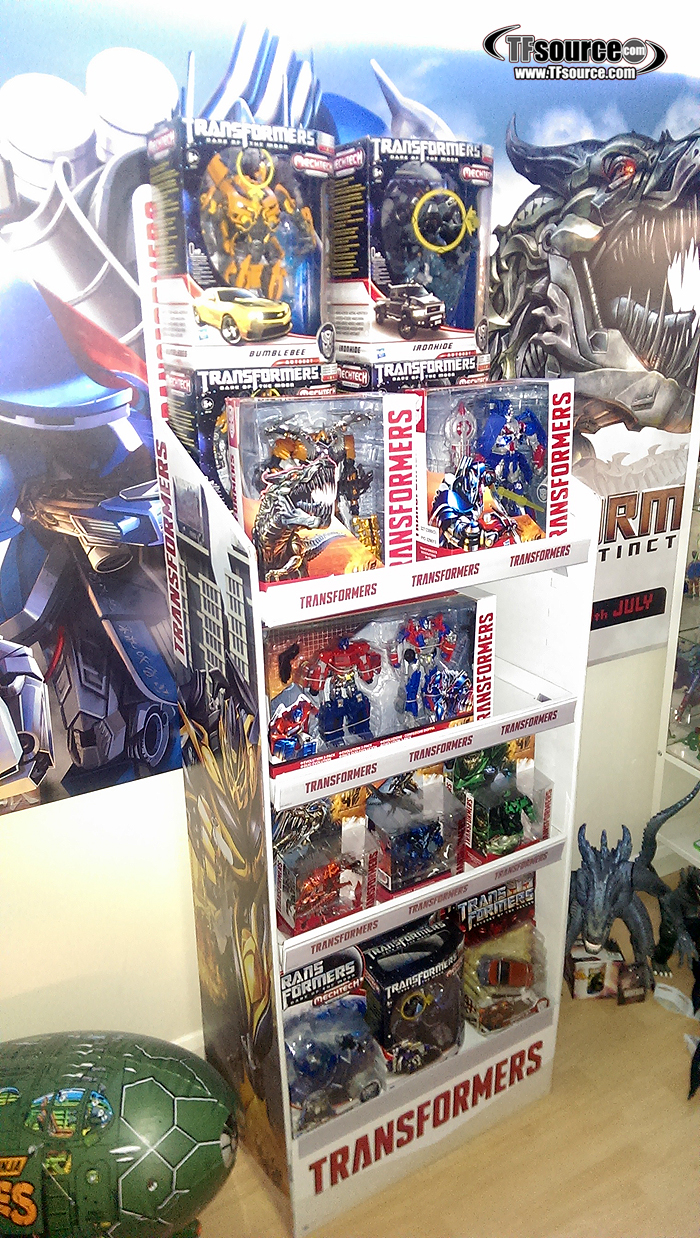 Coming (and staying) to a shelf near you

The general consensus, then, seems to be that the live action Transformers movies have been good for Transformers as a brand. This is despite public perception of their quality – not to mention prevailing fan perception – and toys that have seemingly appealed less and less to collectors as the movies sequels have mounted up. The influx of new (and old) fans and the overall health of the brand as a result of what some call globalisation were worth it. My opinion is also positive. I would even go so far as to say I enjoyed the movies and continue to do so, as well as the toys. The reasons for that may not make sense to fans who provide hardcore opposition to their existence, but rarely has anything new in the world of Transformers been unanimously accepted or loved. I’ll leave Matt Dennett to provide the last word on the topic, as I find his feelings match mine quite closely:

“I love the Transformers franchise. Even with these controversial films, would I be happier being a part of a franchise that didn’t have this type of exposure and momentum? The answer is a resounding NO; I’m sure G.I. Joe fans would appreciate being in our position (salt in the wound, I’m sorry). These movies have given us just enough freshness to be applauded, while peeling away just as much tradition to be offensive. That’s the catch 22 of these films, they can be the best thing by bringing in new fans and ideas, and they can be the worst thing by ruining your childhood and causing endless online arguing. I am one of those fans that has LOVED the live action Bumblebee, he is one of my favorite characters in the 30+ year history, yet I can’t stand what Optimus Prime has become. Those are just two examples of how these movies can cause bizarre opinions and preferences. I’ll never defend these films again, but I’ll always be at the movie theater opening day to enjoy the heck out of seeing giant Transformers on the big screen“. 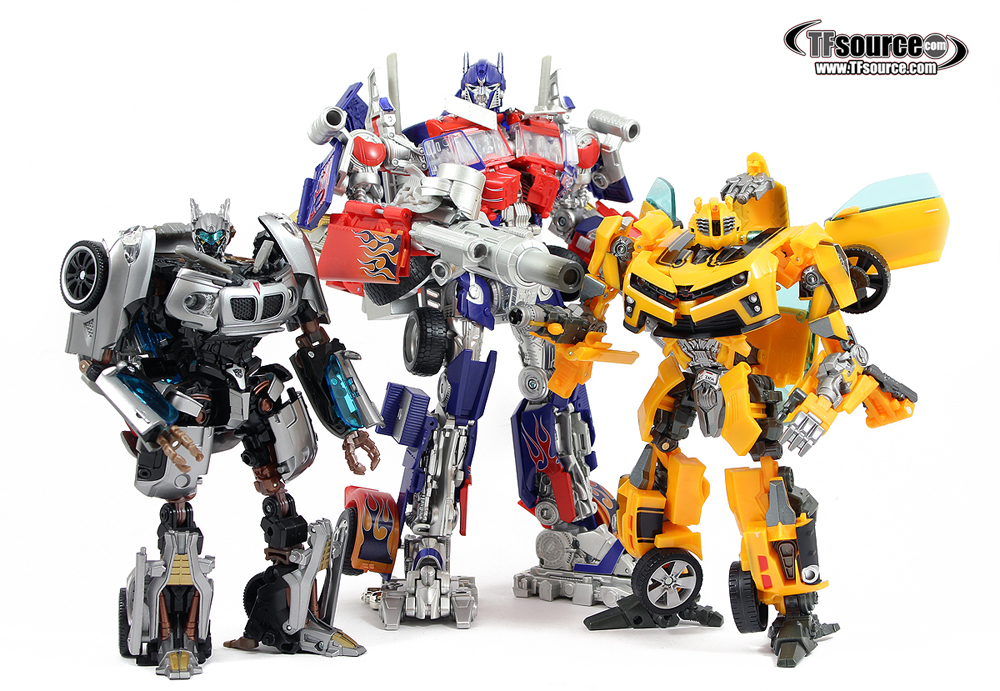 Huge thanks to Deefer Williams for his amazing Movie collection images, and also to Matt Dennett, Sid Beckett and Duron Land for their wisdom.

Were The Movies Good For Transformers?