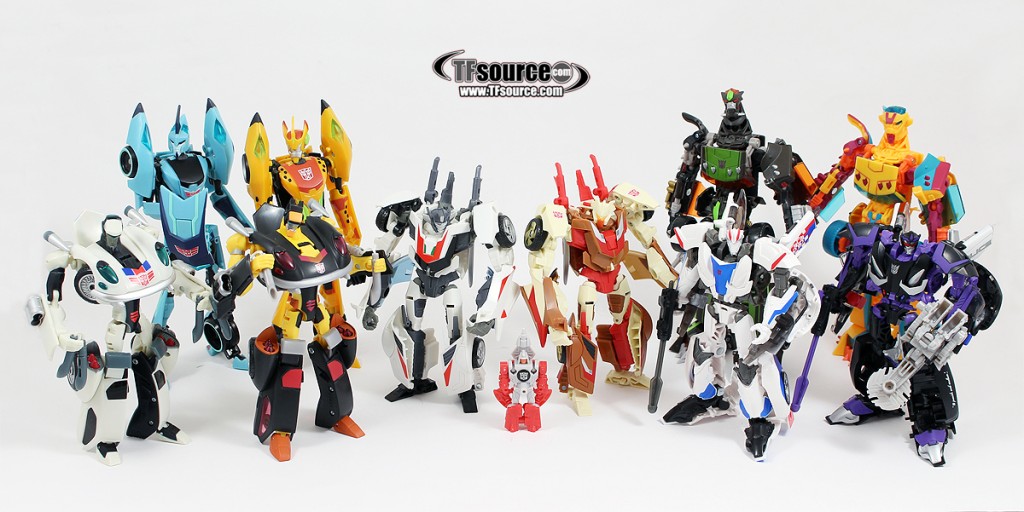 One of the nicest discoveries I’ve made since embracing modern Transformers lines in recent years are the Transformers Collector’s Club exclusives. Not all of them have appealed to me, but since finding some deluxe class gems in the Revenge of the Fallen, Animated, Prime and Beast Hunters lines, and then completing the repaint list for each, I’ve come to appreciate their TFCC counterparts. Last year, Matt posted an article on his top 10 TFCC figures, now I’m going to share my favourites. While this might be something of a touchy subject with unfortunate timing due to issues with BotCon registration currently, I am focusing purely on the toys. 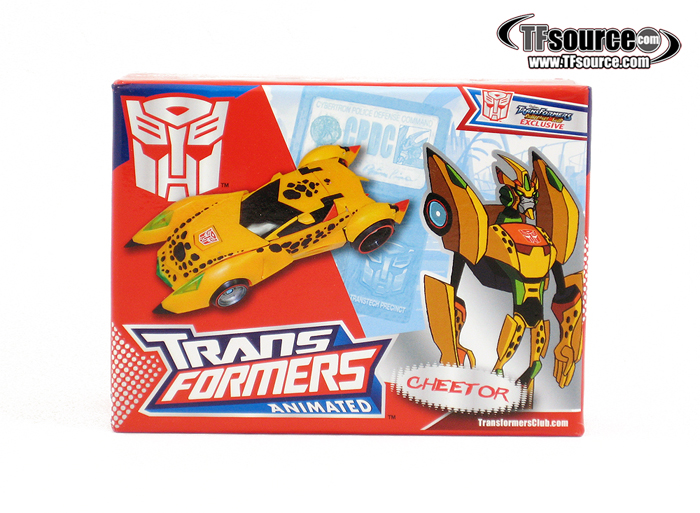 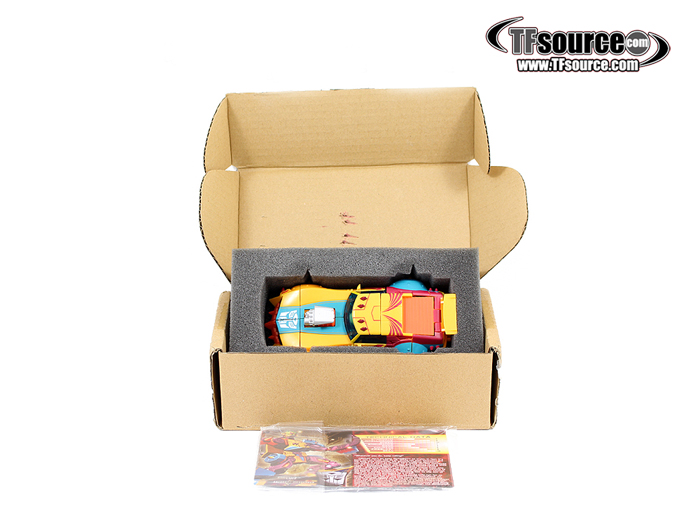 It seems that the figures I have ended up most drawn to from the TFCC/TFSS range – with the exception of the club exclusive Cheetor – have been those offered through the subscription service since 2012 at a cheaper rate for members, although mine have not been cheap as I have not been a registered club member for some time. Also, somehow, the club have managed to do repaints of the deluxe moulds I have treasured most on my discovery of modern TF lines, including Animated Blurr, Prime Wheeljack, Beast Hunters Smokescreen, and ROTF Lockdown. Toys I’ve written about ad nauseum on this blog and my own. 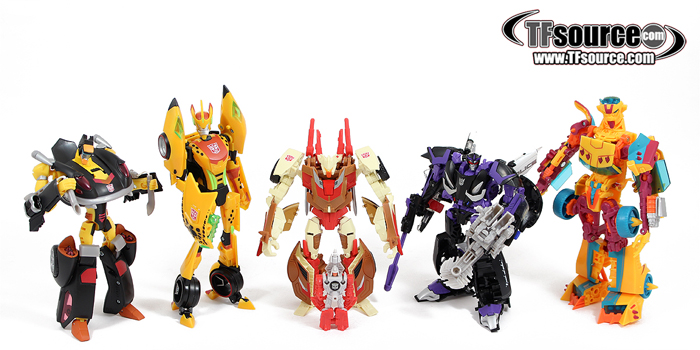 The club exclusives that came through the subscription service had very basic brown mailer boxes (a little creepy for me to own figures addressed to other people completely on the mailer box address label), foam inserts and nice file cards with great artwork and instruction sheets. Sure, some of these figures have been available from Asian dealers earlier and cheaper, but a number of these toys are so spectacular and beautifully executed that I couldn’t bring myself to buy them without the paperwork as was the case with Chromedome and Barricade from Asia. The Animated Cheetor, repainted from Blurr, you see above actually came in a box with quite delicious artwork and presentation. This one was actually a 2011 club exclusive, not one of the cheaper ones offered through the subscription service. 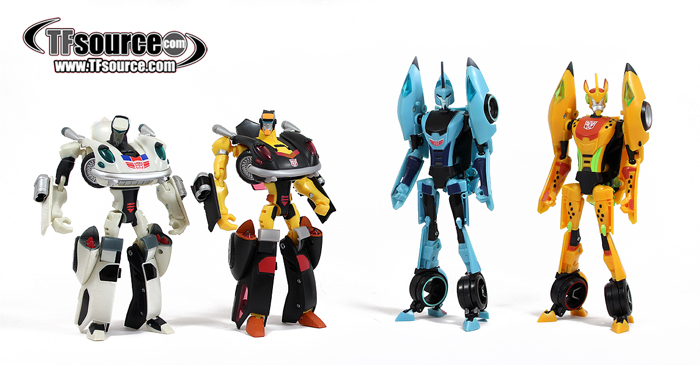 Not initially setting out to buy club exclusives based on character or how pretty they were, it was the attempted completion of Transformers Animated that introduced me to the toys above. I had thought deluxe class Animated Jazz was one of the best deluxe class Animated figures until I discovered Blurr, Swindle, Cyberonian Prime, Rodimus, Arcee and Lockdown. Now that all is said and done with my Animated collection, I find the basic Jazz version to be the weakest, and repaints like 2013 TFCC exclusive Jackpot to be visually far superior. It still has the same issues as Jazz, but he sure looks the part. The head sculpt has a smile that drips character and suits the whole chest-out posture of the robot.

Blurr is the finest Animated mould of all, in my opinion. What Animated has done in spades is allow me access to Transformers characters I was fascinated by, through toys I also love the aesthetic of where original incarnations haven’t worked for me. Therefore, the chance to have a Cheetor from the Blurr mould, taking inspiration from those infamous Transtech designs for Cheetor, was irresistible. The result is quite striking, even if the head sculpt lacks a lot of the advertised paint application it sorely needs. It’s nice to have Cheetor, and I’d love to see Drift from this mould one day.

Expanding my collection of TFCC/TFSS figures into Transformers Prime and Beast Hunters repaints has been a direct consequence of discovering Prime Wheeljack and BH Smokescreen. Wheeljack has a fantastic transformation and two awesome modes, Smokescreen has a tremendously intricate transformation, a superb vehicle mode and a robot mode I like a great deal. It’s not as widely loved as Wheeljack. The repaints of these two figures, though, are spectacular.

Chromedome came onto my radar mainly from being a Wheeljack repaint, but also because of his amazing role in Transformers More Than meets The Eye, the IDW Publishing comic series penned by James Roberts, illustrated by Nick Roche and mostly Alex Milne. That Chromedome design has become my definitive version of the character, a version represented superbly by last year’s TFCC exclusive and his Micron partner Stylor. I have no love for G1 Chromedome, but MTMTE Chromedome is one of the best characters I’ve ever come across in TF fiction, and this figure combines a stunning mould with that persona. TFCC Barricade shows what a police repaint can do to a mould, overshadowing even the Japanese Transformers Go! Smokescreen significantly. Barricade is a toy that shocks in person, it’s that beautiful. The fact that he homages the movie version of Barricade, another absolute favourite of mine, is the cherry on the icing on the cake. He even comes with a Micron called Frenzy. 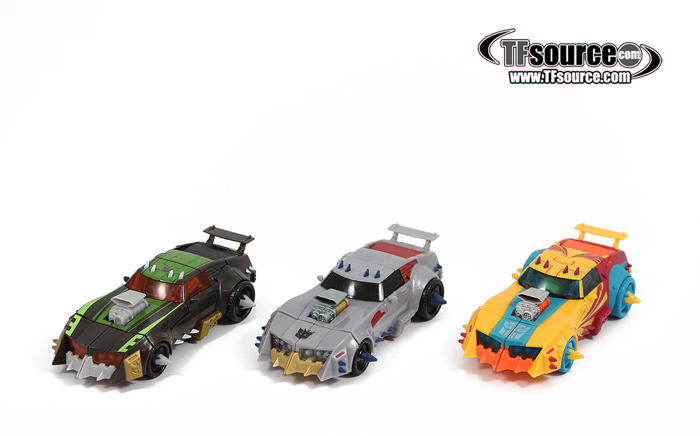 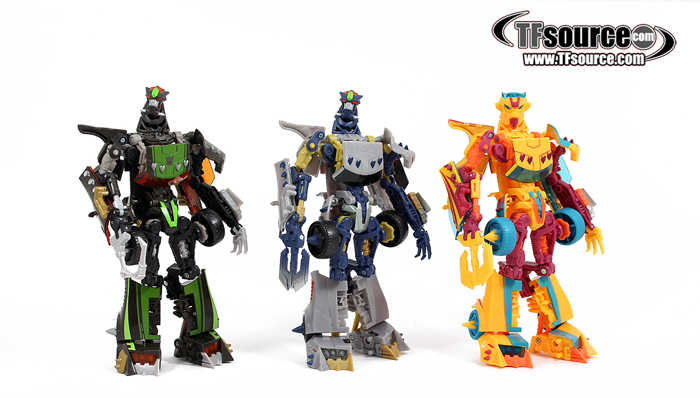 ROTF Lockdown, a masterpiece, its repaints, not so much. That’s what I used to think before I finally held TFCC Circuit in hand a half year ago. I had bought Axor with the intention of getting a repainted Lockdown head and slapping it on. It worked beautifully and my decision to finally bite on Circuit was helped by how good a job Stevil33 did with Axor. As it stands, I can’t bring myself to separate Circuit from his repainted Axor head sculpt. I can’t explain how much nicer that figure is in hand than the yellow, turquoise and other gaudy highlights suggest in photography.

Something that started out as completion based on TF Animated has stretched much further, beyond even repaints of my favourite deluxe class figures of recent times. If you add a Dark Energon TF Prime Wheeljack (basically Slicer) into the mix with Jackpot, Circuit and Axor, you basically get a modern day TRANSFORMABLE line up of Action Masters, something the AM Thundercracker repaint of the Classics seeker helps continue. 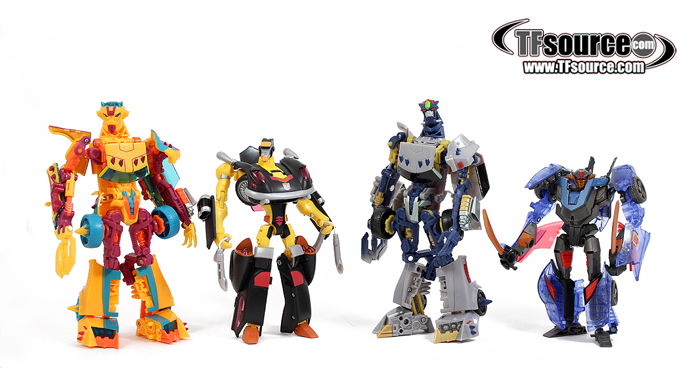 For the future, on a strictly selfish level I’d love to see the Club tackle repaints/remoulds of more TF Animated characters or moulds. To see Animated Rodimus and Lockdown used yet again would make me happy, as well as Swindle, Cybertron Mode Optimus Prime and some voyagers. I’m also utterly thrilled to see my long-time friend Paul Vromen providing original artwork for the newer subscription figures like Carzap, Krok, Serpentor and Tarantulus. I wonder if without the subscription service, a fan artist as talented as him would have gotten another opportunity to break into the official Transformers artwork scene. 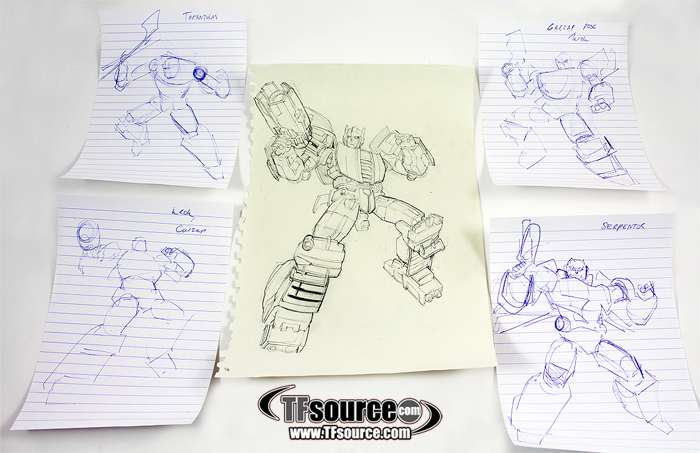 I am beginning to realise what fantastic figures such as those featured here bring to my collecting, not necessarily something that will only be appreciated by collectors with particular tastes or an ongoing commitment to BotCon and the Club, or even Hasbro. I’ve managed to find lines and figures that appeal to me – toys that have invariably lead me back to the Club exclusives via one road or another. I now have a surprise, unexpected collection of five Club exclusives that I am extremely proud of, and Circuit has been purchased against the tide of modern and vintage Transformers, Diaclone and Macross that I am selling en masse.

These exclusives are actually making me go back through time and take an interest in the character of toys I previously ignored, appreciating sections of Transformers history like Action Masters. They have brought characters from various media I enjoy to the same level, scale and – almost – aesthetic, allowing them to be displayed alongside each other. With Barricade’s movie persona as a police car, and Chromedome’s MTMTE role as a former mechaforensic investigator on Cybertron, it allows me to put those two exclusive Club toys next to each other and attach them with a plausible story.

The execution of particular club toys, be it head sculpting or paint job, and the characters they represent can elevate them above the mould they are based on. So, while Animated Blurr is probably my favourite deluxe base mould of the toys mentioned above, it doesn’t make Cheetor my favourite exclusive. That honour has ended up in a very happy tie… 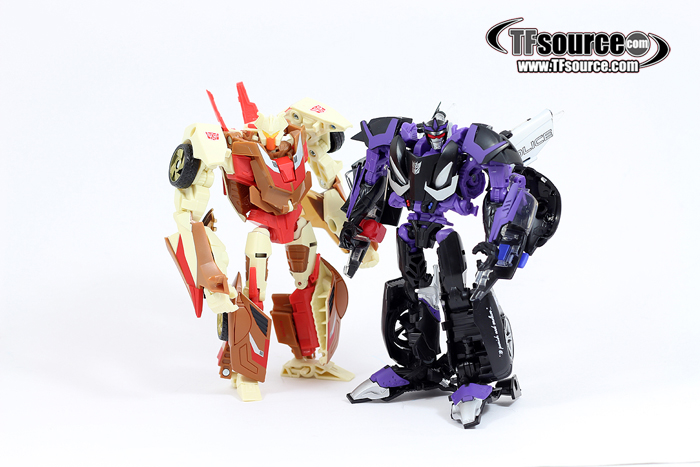