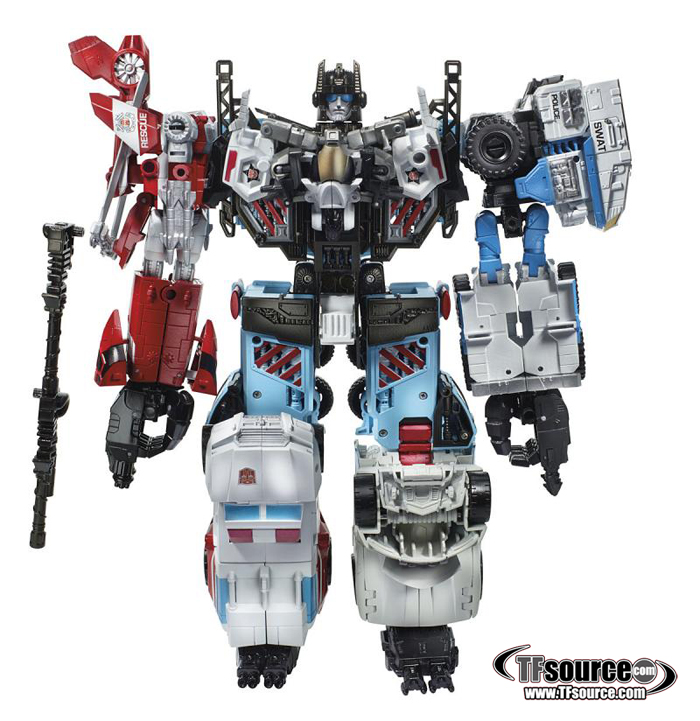 Whenever you see discussions about the best Transformers from a particular line or era, over a big enough sample, you can see patterns emerging and the same figures can rise to the top of most collectors’ lists. Once in a while, a certain Transformers toy, concept or aesthetic will be loved by many, and disliked by a few. Inspired by a fascinating thread on TFW2005 started by user NotRamjet97 called ”Unpopular Toy Opinions”, I thought I’d stick my neck out this week and share some of my own feelings on certain figures that might be considered scandalous in today’s scene. 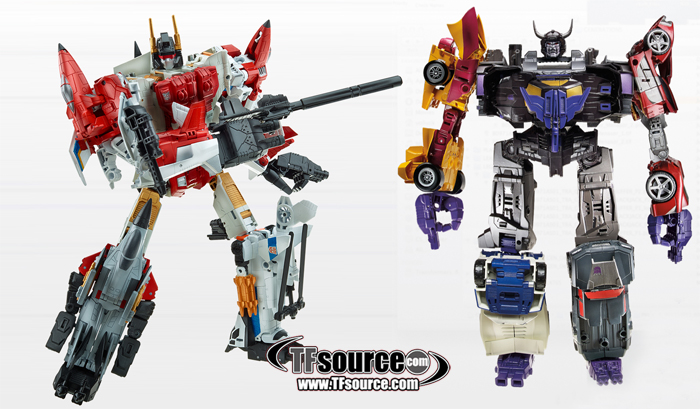 Since I’ve lead with an image of Defensor, I might as well dive straight into Combiner Wars, Hasbro’s enormously well-received and currently successful line of Transformers that not only pay great tribute to the original well-recognised combiners of Devastator, Menasor, Superion, Defensor and co, but also introduce new combiners like Galvatronus, while also featuring Cyclonus, Optimus Prime and other traditionally non-combiner figures. IDW Transformers comics are also referenced heavily by toys in the line, with the precise characters appearing in the main RID/Transformers titles actually named “Combiner Wars”. I’ve experienced the individual Aerialbot and Stunticon limbs for Combiner Wars, they’re excellent fiddle-formers and quite pretty (Silverbolt, Motormaster and Dead End are brilliant), but that’s the popular opinion. 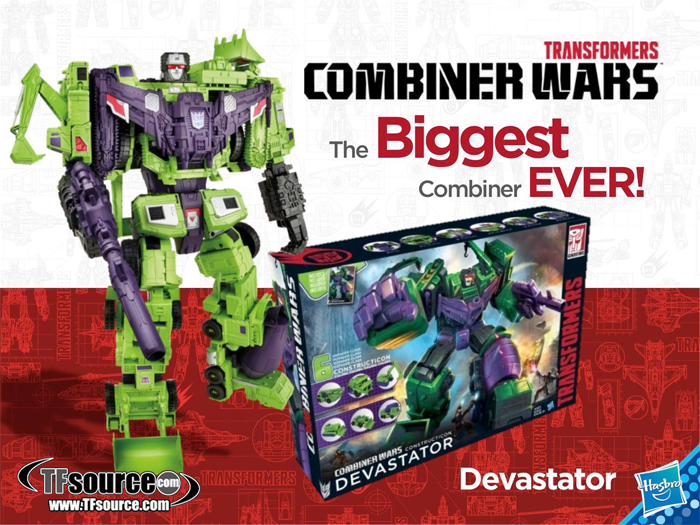 My unfashionable stance on Combiner Wars is that the combined forms themselves are not exciting. Superion is so far the best of the bunch in my eyes and has some very impressive inter-locking limb technology, interchangeability and posability. However the foot pads and hands on Superion, Menasor and Defensor so far don’t look good to me and they don’t strike me as Transformers I’d like to collect or display as combiners. I find the individual bots, voyager and deluxe, far nicer. The level of G1 homages going on is spectacular, Devastator is gigantic and very faithful, but it doesn’t interest me. Looking at the 3rd Party upgrades for the Combiner Wars giants doesn’t inspire me either, they just end up looking like more generic 3rd party combiners and it defeats the point of the cheap and cheerful, Hasbro-style Transformers that put playability above looks. Heck, even my MMC Feral Rex that I worship is a right old pain to pose and combine, so maybe the most scandalous opinion that I have here is that I’m actually not that much of a fan of combiners.

Not ready to leave Combiner Wars alone just yet, we have the leader class figures of Megatron, Ultra Magnus and Thundercracker. Thundercracker ought to be nice because Jetfire upon which it’s based is nice. Megatron, however, I just knew I was going to dislike from the very first promotional images. He seemed pretty un-posable, mis-proportioned in the lower half of the body, and generally unattractive to me. I’m sure it’s because I actually have virtually zero connection to the character that neither CW leader Megatron, X-Transbots Apollyon nor MP-5 Megatron appeal to me in the slightest. So while my unpopular opinion overall here is that I don’t much care about Megatron toys (TFGT being the sole exception), even the escapades of Autobot Megatron in the fantastic IDW More Than Meets The Eye, written by James Roberts who’s actually handling Megatron beautifully, have not endeared what looks like a mis-proportioned block of a figure to me. 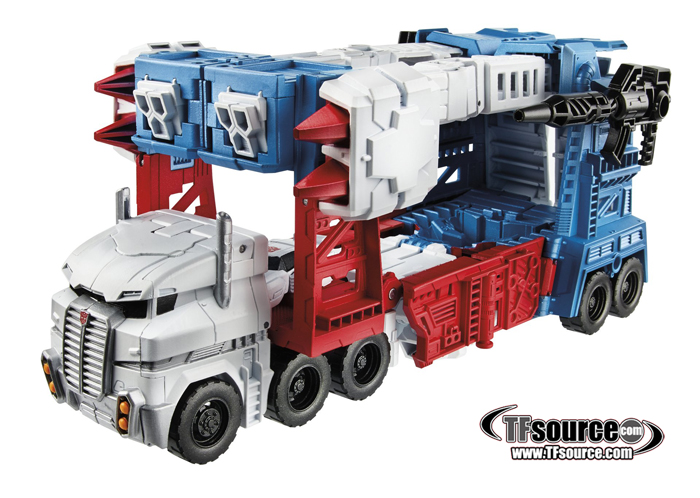 Leader Class Ultra Magnus? Yes! Minimus Ambus incorporated and transformable? Yes! That IDW-inspired robot mode for Ultra Magnus? Yes yes yes! That vehicle mode? Oh dear God, no. This is one of those occasions where I feel the toy was so specifically engineered to nail a look/aesthetic in robot mode that the alt mode has suffered and been compromised as a result. The way those gigantic missile launchers, angry-face-squinty-eyes cab and huge wheels dominate the vehicle mode turned me off this figure totally. Magnus’s vehicle mode is very important, it isn’t an afterthought for a massive Autobot robot. Masterpiece Magnus is all the Ultra Magnus I’ll ever need, I was very nearly going to crack my no-CW rule for collecting going forward for Magnus, so it’s been a real disappointment. That robot mode and Ambus though, great work guys, a lot of people are going to love this figure. 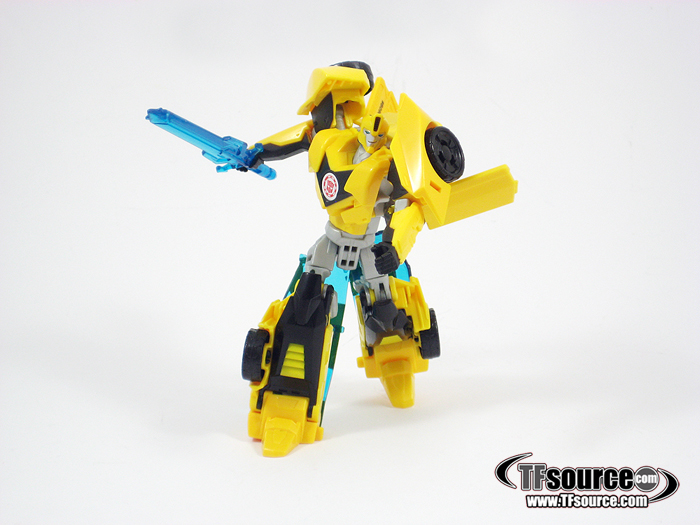 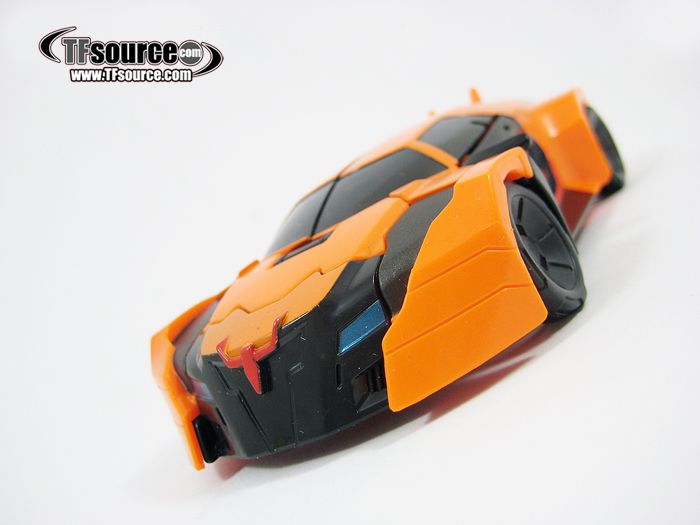 Drift could be the best of the Warrior Class

If Combiner Wars is aimed at the collectors, then the 2015 animated series and associated toys from Hasbro’s Transformers Robots In Disguise is arguably aimed at the younger fan. I find this to be a damn shame because of the two lines, RID 2015 has caught my imagination more than Combiner Wars. The show so far has been very entertaining, well animated and something I looked forward to every weekend. The toys have been very available and I’ve picked up every Warrior or Legion class RID toy from the UK or US that has seen release in waves 1 and 2. Understandably, collectors have bemoaned the fact that for £14.99 in the UK and an equivalently outrageous price Stateside, one is getting simpler Transformers toys that make a mockery of the deluxe class figure compared to pinnacles like Animated or War For Cybertron. 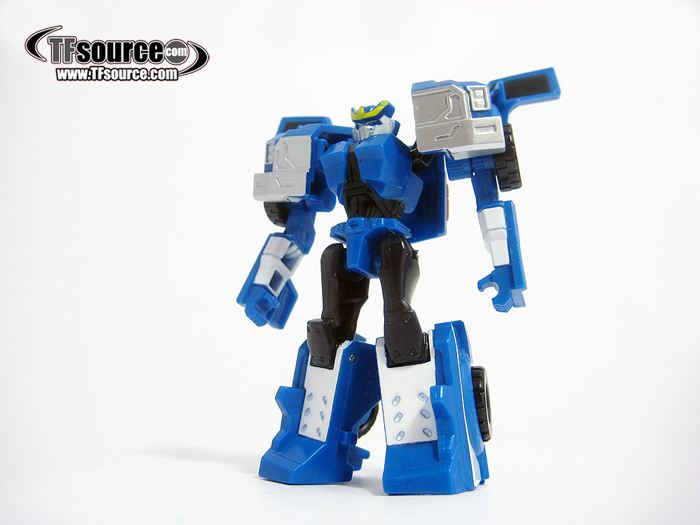 While the “Warrior Class” transformations are really enjoyable and repeatable, I cannot deny how much cheaper the toys look and feel. Many more compromises have been made in the engineering where gigantic car parts visible in robot mode are just par for the course. Show accuracy is ok but not anywhere near as well executed as Animated toys. Accessories are a bit take-it-or-leave-it and there are precious few areas of appreciable paint application. It took me a while to get used to the money I was paying for toys that were incomparable to Movie-era deluxes in terms of engineering, complexity and finish. 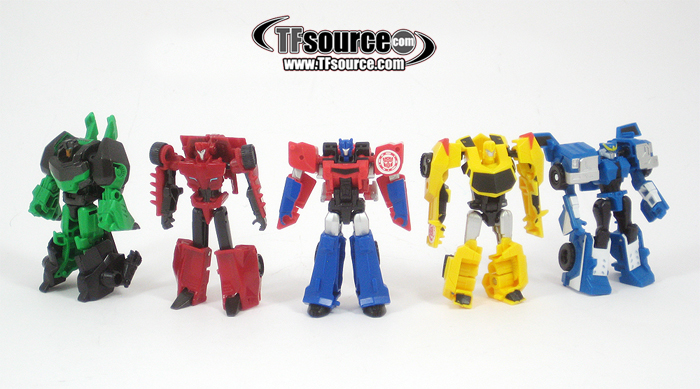 Surely you can’t hate these?

It’s also a crying shame that characters being developed so entertainingly and brilliantly on screen are never going to get proper voyager, leader or premium class representations. This is especially true of the imaginative and fascinating Decepticons the show has introduced thus far. However, one thing I challenge people to disagree with me on is that the Legion class toys are spectacularly good. Almost more paint apps than the Warrior Class, great transformations and relative posability, every single one has been a success and I love them. Legion Strongarm is a contender for the toy of the whole line so far. So, my unpopular opinion here is that I love Robots In Disguise. I love the show, the characters, the toys and even the mobile app until I got bored of its repetitive nature. 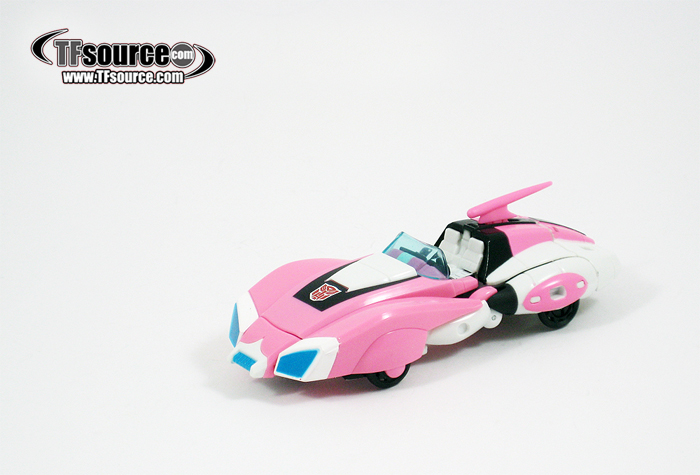 Last but not…er…well it’s last. This one is really going to get me lynched. Generations Arcee, the figure that the fandom has wanted for decades. An official representation of Generation 1 Arcee with screen accurate robot and vehicle modes, featuring posability and the technology of modern Transformers, very affordable and quite reminiscent of designer Hironori Koabayashi’s Arcee design that got him hired at Takara initially, this is a very very widely celebrated, loved and popular Transformers toy from 2014. 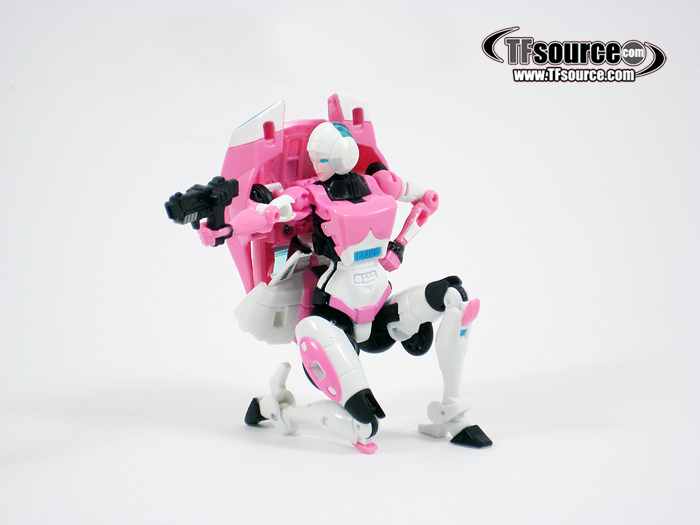 The Japanese Transformers Legends version is also hugely popular, sporting colours that some argue are even more screen accurate and appealing. I get it, I understand why this toy is important and a big deal. I bought this for my wife for Christmas after Azalea flopped hard with her, and she liked it well enough, but my goodness I could not – and still cannot – see what all the fuss is about. For all the fanfare and actually rather nice touches here and there, I think Arcee is a very average transformer. It’s an epic shellformer, it has those irritating angle-cut feet that I dislike (which limits traditional Arcee poses, not all of which can be wide legged) and the robot mode kibble is tremendous. Do I hate it? not at all, fun little figure and very pretty, but I simply don’t understand why it makes so many top 5 best ever Transformers lists. I think Brainstorm, Jetfire, Springer, Sandstorm, and many of the Combiner Wars deluxes & voyagers are better toys. I also think MMC Azalea looks and poses better, even if its transformation is soul destroying. Now those be some unpopular opinions right there. 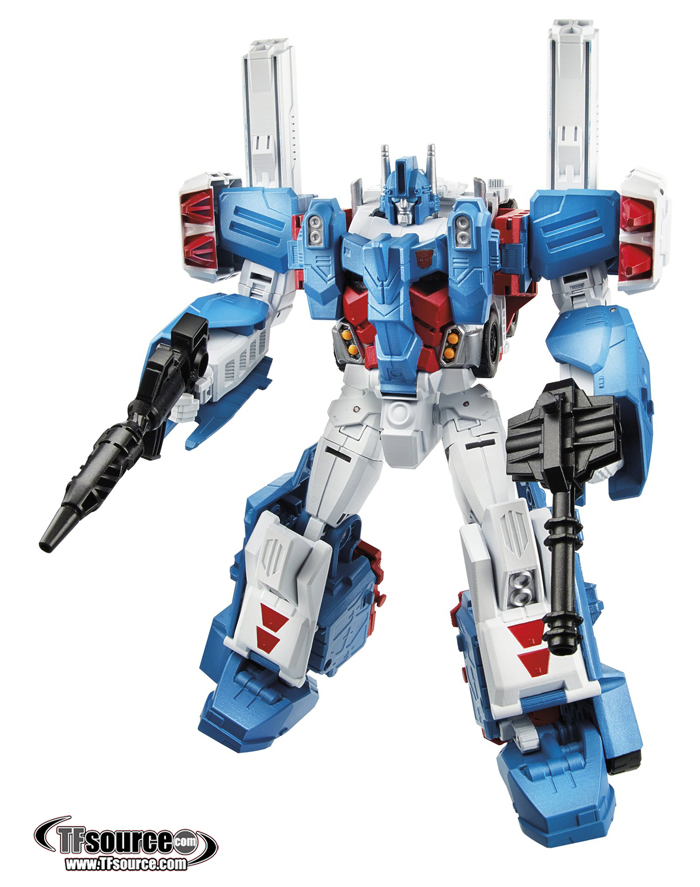 If there was no diversity in fan and collector opinion, this would be a significantly stale hobby and for a time it was heading in that direction. The influx of new fans can be partially attributed to the many different directions Transformers have taken down the years; Beast era Transformers, Movie era Transformers, Transformers Animated, Classics and Generations, Masterpiece, 3rd Party and everything in-between. Opinions vary, mercifully, and occasionally we’ll see things differently to the majority. The fact that someone can look at a Masterpiece Star Saber and be repulsed beggars belief in my world, but that’s the beauty of the whole thing and what has kept the machine trundling on for all these years. While I’m getting lynched for the above opinions I may as well add more fuel to my own pyre; I’ve never seen a Beast Wars toy I like the look of, I’m growing sick of ball joints, RTS Jazz is lost on me and maybe worst of all, I’ve enjoyed all the live action Transformers movies and many of the movie era toys. Oh dear, what have I done…

You can get your Transformers Combiner Wars toys here at TFSource 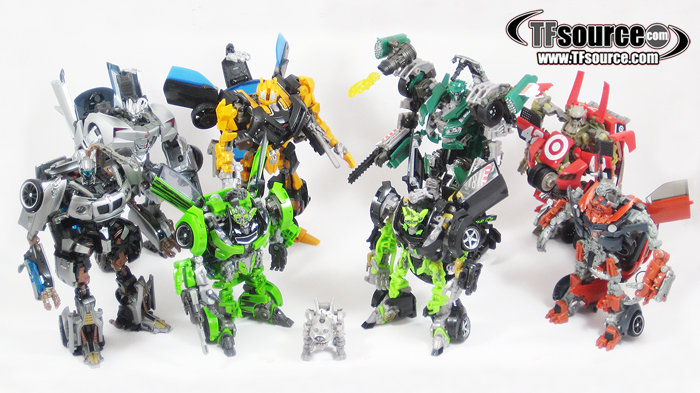