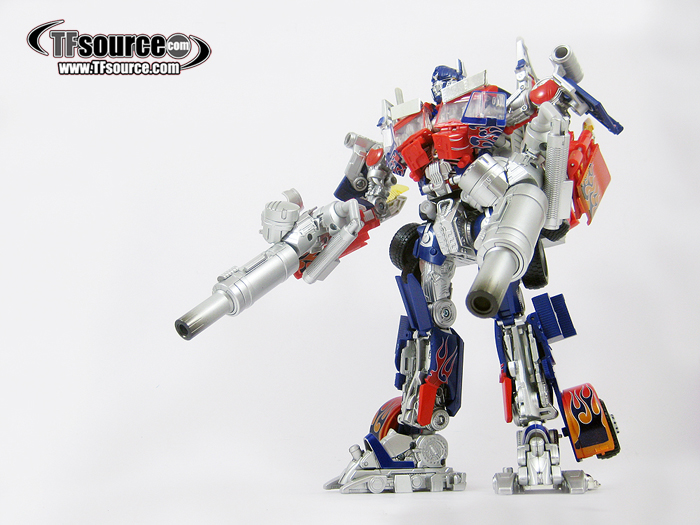 If you still want the best Movie Prime, buy here

I should probably apologise for that click-bait title, but it does represent the topic of this article quite well. It’s impossible to go one year on an active Transformers forum without seeing at least one discussion about the rarest Transformers of all time. Rarity, however, comes in many shapes and sizes, some of which I respect and others that I don’t. The very definition of rare is hard to pin down in a collecting context, does it refer to elusive sightings? How many people own a particular toy? How few were produced? Rarity that was contrived or circumstantial? The discussion always ends the same, with a rainbow of differing opinions and disagreements. 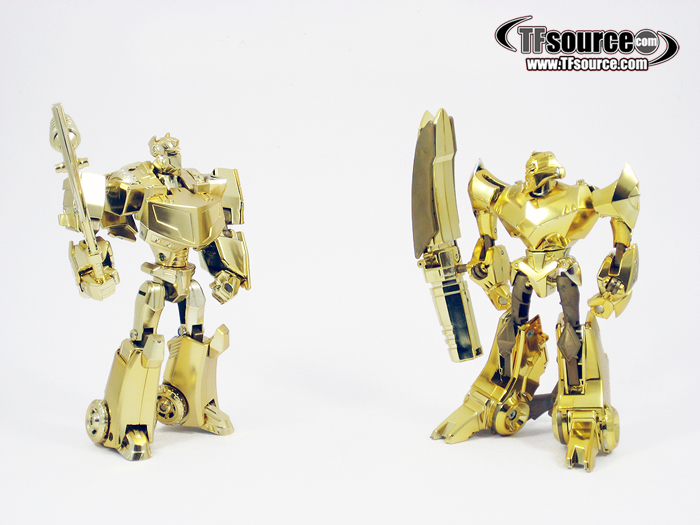 Lucky Draw, but easy to find

A good place to start is with prize and campaign toys, items created in small numbers but sometimes hugely desirable. Often these figures are made available to all, not just the most affluent collectors, through a campaign or contest whereby the winners are picked at random. In order to keep the prizes special, those responsible need to produce these items in as low a number as possible to maintain their desirability, appeal and status. Regularly referred to as “Lucky Draw” Transformers, I find this kind of item enormously frustrating despite how lovely most of them are. But not because I can’t get them, it’s almost the diametric opposite to that, the fact that one can acquire them with enough funds. Often these things will find their way into the community and we may even know who owns them. Right place, right time, right contact and you too can own a gold MP-1 Masterpiece Convoy, or a green Unicron. 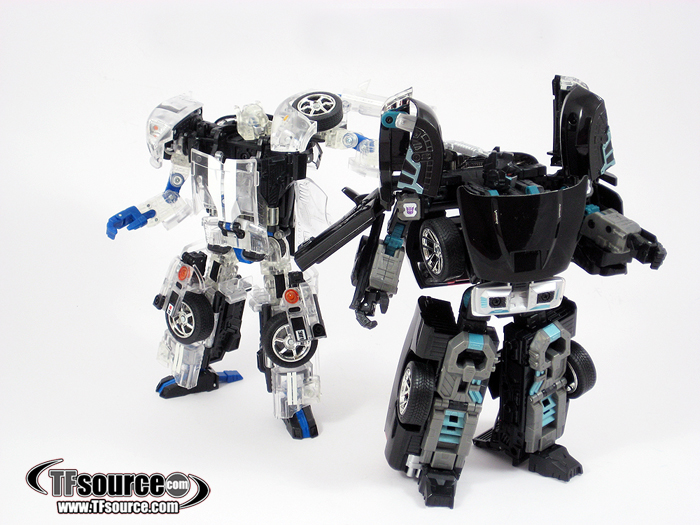 Should have stayed sealed

Expanding on that train of thought but widening the parameters to convention exclusives like the above Wonderfest exclusive BT-17 Black Convoy, these items are deliberately produced in numbers that make it impossible for all of those who want them to own them. The creation of that situation where a select number of collectors could ever have items like Black Convoy due to limited numbers or the inevitable annual inflation of value is a completely contrived form of rarity. These toys are made in a way that guarantees their scarcity from inception, not over time and circumstance or based on changes in the world’s economy, geography, society or the whims and desires of collectors. Well, who the hell cares? 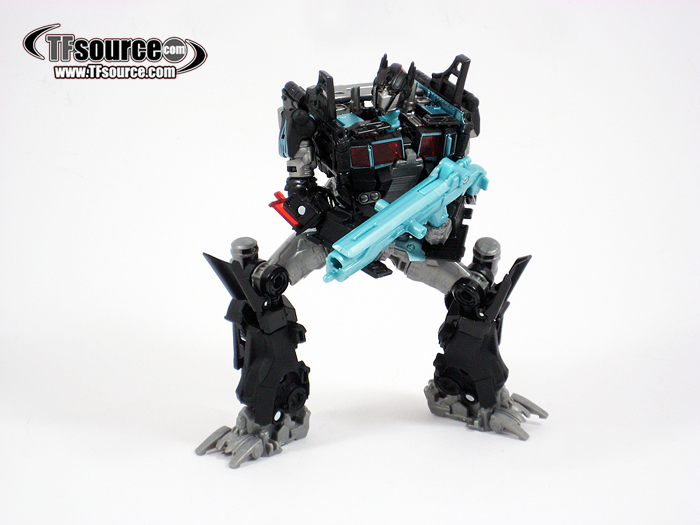 Predictable, in more ways than one

Collectors care. Whether we like to admit it or not, there is some satisfaction in knowing that certain items in your collection are desirable to others. If this feeling or thought has never manifested itself in you, you have my admiration, because I have been guilty of it. I’ve owned Lucky Draw and show exclusive Transformers, and they’ve often been treated with great respect and awe by myself and my collecting friends. Does it matter of their rarity is a result of a contrivance instead of something else that could not have been foreseen? Certainly with modern campaign prizes and certain show exclusives, their scarcity and subsequent cost can be predicted, for example you can reliably expect the gold and silver prize Age Of Extinction Evasion Prime prize toys to haunt your collection for ages.

Should you see such an item in a collection, and this is the sort of stuff you collect or pay attention to (I’m glad to say not everyone does, variety in our fandom is priceless) you may give respect and admire the fact that a collector was able to source one such item and be dedicated or fortunate enough to be able to pay the going rate. One should not rule out the possibility that a collector was fortunate enough to actually win one in the contest, though. This, I believe, makes an item notable. Maybe it even elevates a collection to notable status. I wonder if it’s actually worth creating a distinction between something we call “rare” in the collecting world, and a “notable” item, a talisman that was always going to be rare from inception. 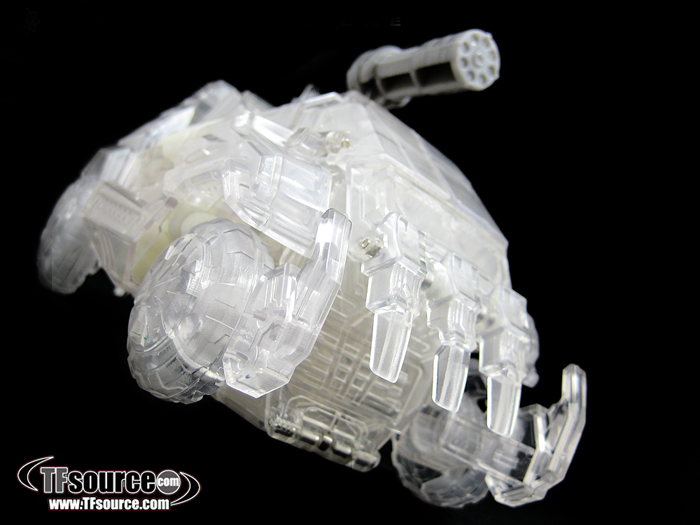 On the subject of items produced deliberately in low numbers, where do prototypes sit in the hierarchy of rare items? Should they even be included? We’ll never truly know how many protos of every item were produced, or all the stages, since some get destroyed. Occasionally this stuff finds its way into the hands of collectors and they are rightfully considered rare, and that rarity is deliberate. We cannot really call it contrived though because if the companies had their way, no collector would own an unfinished test product. So that’s a collecting community creating a market for something unintended and the resulting rarity being driven by the desire of those collecting it. Trying to quantify the rarity of one prototype, test shot, production sample or whatever over another is easy on a vintage versus modern scale, but otherwise very hard. So it’s not contrived, it’s not exactly exclusive because they are not offered for ownership and marketed in any way shape or form, but they are impossible to categorise because prototypes exist for every era of Transformers and need a category of their own, I think it’s best to stick to officially released product. Where it gets seriously muddy is the production of “Lunchtime Specials” (De Anda, c2002 – Autocon Group), items meant to resemble prototypes, variants or prizes of suspicious origin, created to be rare, limited, expensive and exclusive. Possibly the worst form of contrivance? 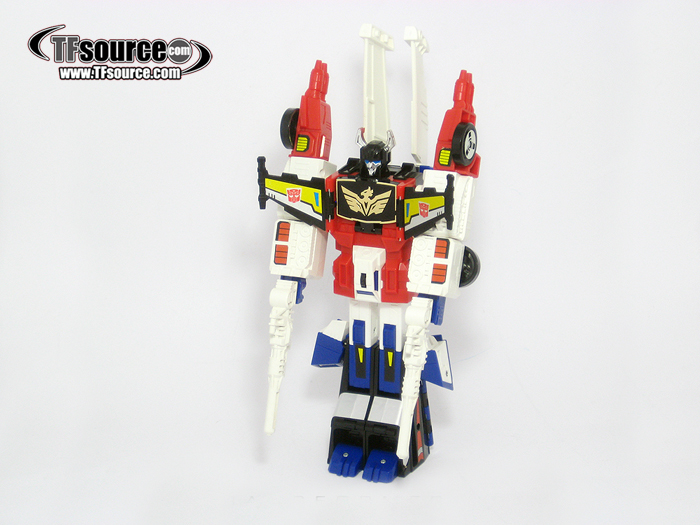 My favourite category of rare Transformers and pre-Transformers is definitely mass released product. Items that were available properly in stores of all shapes and sizes across a significant enough expanse of the world (or a particular country) for a decent period of time to allow many specimens to have worked their way into the hands of owners, fans, collectors and children alike. I’ll even include store exclusives in this if the stores were widespread enough. In the case of vintage Transformers, we have country exclusives that over the decades have become scarce for many reasons. Whether or not today’s fandom wrongly categorises some items as “rare” because they are hyped or traditionally thought of as tough, is a different matter. Some say Japanese exclusives like C-109 Stepper are incorrectly labelled as rare because they were sold in great numbers and many collectors have them. What makes them tricky is the price. I have always thought that if you can carry out an auction search (whatever country that may be in) and find an item on any given week of the year – or even month – it doesn’t really deserve to be thought of as being among the rarest of the rare. 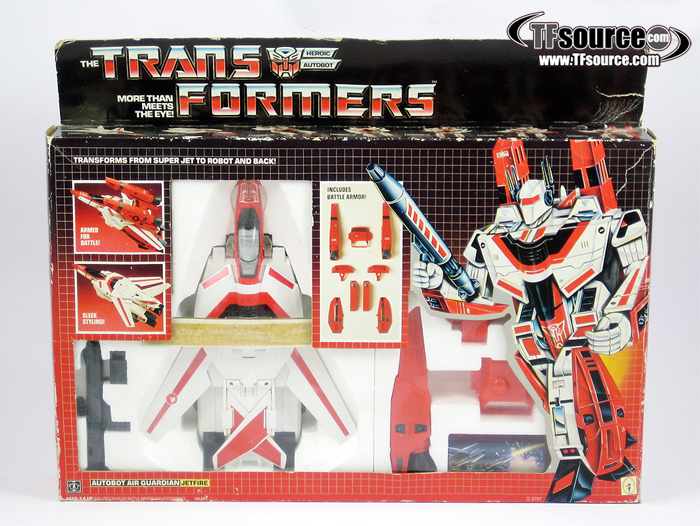 Yep, rolling this image out again

The Matsushiro Jetfire was considered rare by some, but not a week goes by that I don’t see one on auction. On this very blog last year we started an article with 9 Matsushiro Jetfires in one picture. The Milton Bradley Red Tracks is considered a valuable and rare item, but again there are specimens for sale multiple times a year and I’ve owned a number myself. Once people knew what it was and how many countries it was released in, more surfaced. Boxed Transformers MB Red Tracks remains very very difficult to source, of course. If you don’t necessarily keep track of variants such as these over a period of years and know others who hunt and find them, you can never truly attest to their rarity compared to something else. 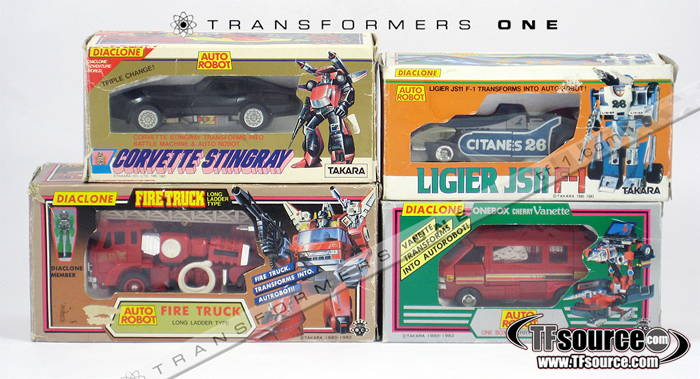 Store and country exclusive, but not deliberately limited

In my own historic area of interest, I have found certain European pre-Transformers variants to be as difficult as anything that has ever seen a wide release, including the Diaclone Blue Bluestreak or Marlboor Wheeljack (now revisited by Masterpiece!), both of which turn up for sale mutliple times a year. Granted, Finnish Diaclones licensed by Takara such as the famed Diaclone Black Tracks are country specific, but so are many of those toys considered hyper-rare. These R-Kioski exclusive Diaclones from Finland do not number even in double figures per specimen today, boxed and loose combined. Even more impressive/infuriating, there are second year Ceji Joustra Diaclones that were available mass release across multiple mainland European countries for a chunk of 1985, and then exported to other countries in 1986 and later, yet 6 of this series have never ever been seen, photographed or presented online. Mass released toys from multiple countries, never photographed or seen for sale but known to have been released. Toys that were available alongside Hasbro’s Transformers on shelves and probably summarily dismissed as a result and ignored by most at the time despite their unique and spectacular artwork, then suddenly discontinued as the company responsible was bought out and forced to re-packaged all the Diaclone stock into Transformers boxes. That’s a tragic form of circumstantial rarity that could not have been foreseen, but leaves many a collection – including my own – incomplete, probably forever. They are rarer in my experience than items produced currently in quantities of 10 and lower purely for exclusivity. Rarer not by definition or design, but by circumstance. 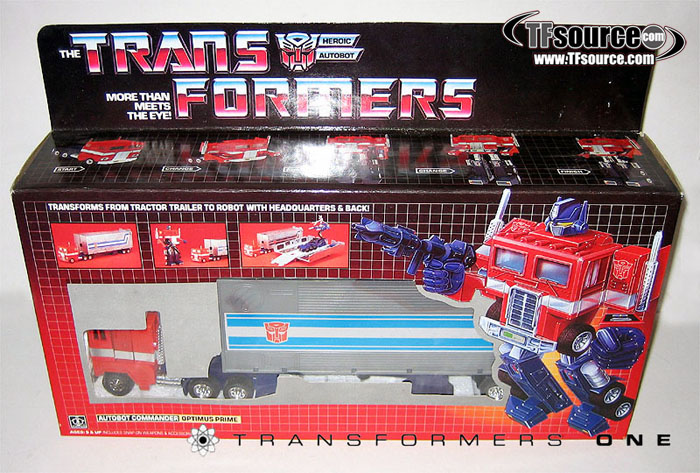 So who can legitimately pass judgement over what the rarest Transformers toy is? Who can keep track of modern, vintage, prize, prototype, variant, market tests, cancelled figures etc to the point where they could rate them in ascending order of rarity? Not even toy dealers could, in my opinion, nobody can. We can only rate what we know, and that comes from what we define as rare. While I like the idea of drawing distinction between items created to be rare and items that end up rare, I wouldn’t try to highlight one as more deserving of the term since by definition anything that is hard to find & buy in collecting is rare. The discussion is as pointless, fruitless and entertaining as the threads that attempt to resolve it. 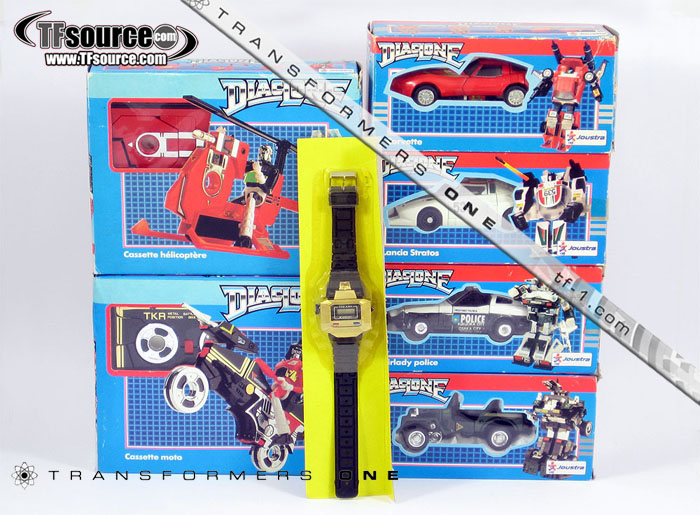 My personal heaven and hell

You can start your own collection of “rare” transformers at TFSource