The Top 10 Things Transformers Fans Will Never Agree On

Passion carries with it several emotions and beliefs. Needless to say, if you’re passionate about something you are more than likely going to face opposition. Transformers fans are passionate about their hobby, sometimes to a fault, and we disagree on a lot of things. Some disagreements can evolve into much more than just back and forth discussions among fans, they evolve and become a universal disagreement. In the Transformers fandom you can rattle off at least 10 arguments that spark heated bickering on fan websites, Twitter, and every other outlet you can imagine. What makes these 10 highly contested items more recognizable is how they seem to occur repeatedly (“not this again…”), every time ending in the same result: disagreement. Let’s take a look at the 10 things Transformers will never agree on. 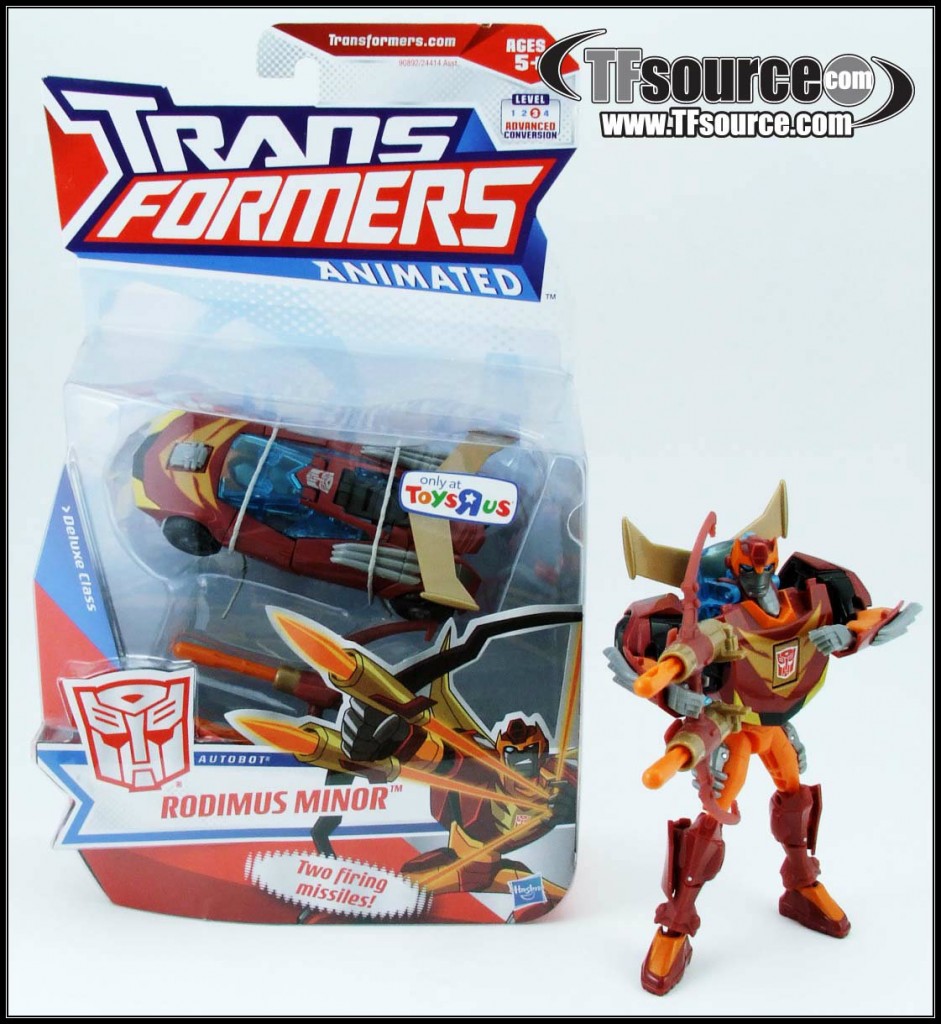 I blame the “40 Year Old Virgin” for this stereotype, but for people outside of the Transformers Fandom it’s assumed ALL toy collectors keep their stuff sealed in boxes, preserved in pristine condition, because that’s what toy collectors do. This argument doesn’t crop up too often among Transformers circles, but when it does you better put your shields up fast as the discussion and insults fly off the keyboards! Collectors prefer both styles and will defend their personal preference to no end. 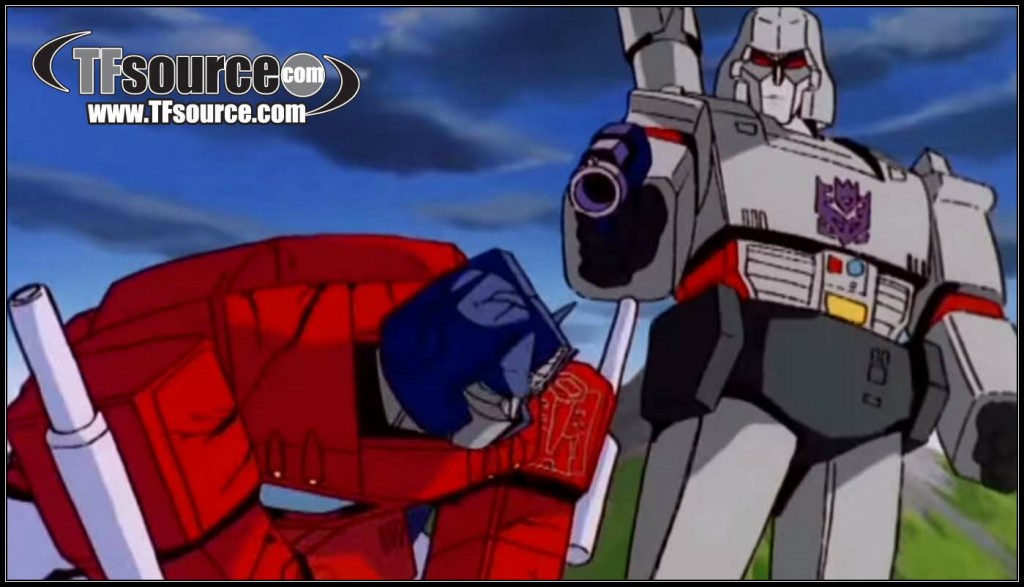 You had one job kid: “Stay away lad, that’s Prime’s fight!” Is Hot Rod accountable for Optimus Prime’s death in the 1986 animated movie? Wouldn’t Megatron have killed him anyways? These questions won’t be answered with universal agreement and thus Hot Rod is both loved and hated among the fan base. Can we agree that Optimus Prime comes back to life and it doesn’t matter in the end? Probably not. 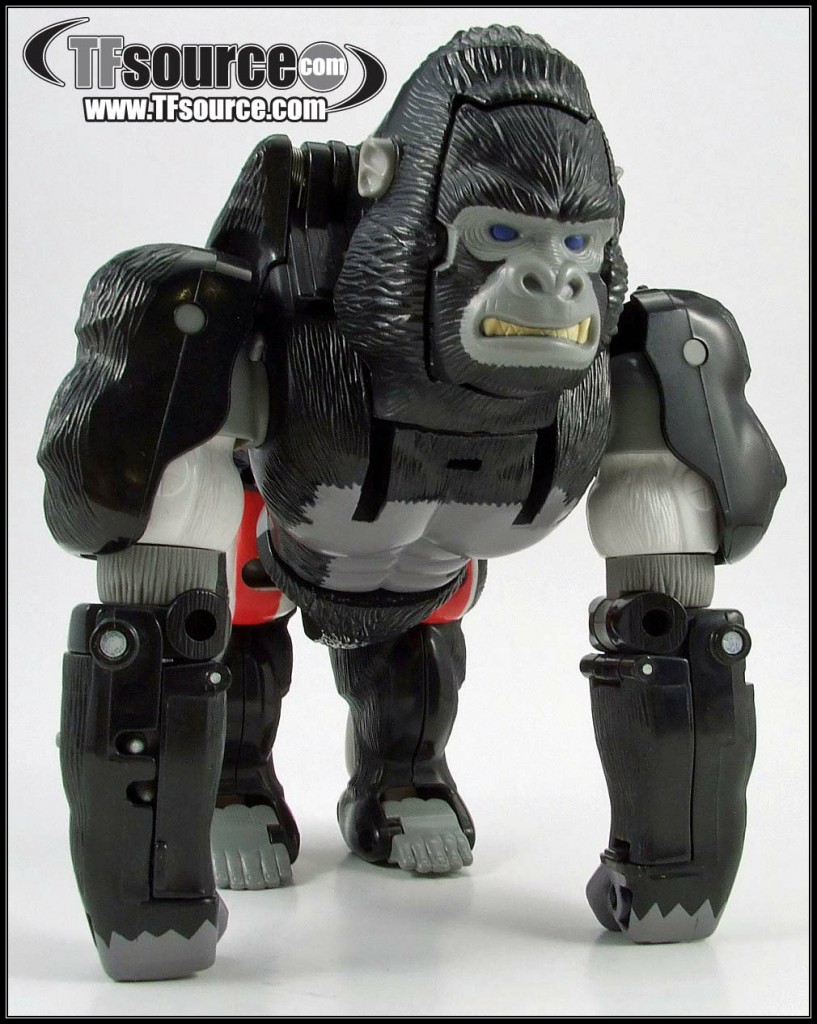 The phrase “trukk not munky” has evolved since its beginnings to convey any disapproving notion for changes in the Transformers lore, but it started when Beast Wars burst on to the scene in 1996. Why on earth would you change “Optimus Prime” from a cool looking semi-truck into a stupid monkey? Ring the bell. When the topic of Beast Wars comes up from a new fan wanting to test the waters of different Transformers series, the debate can get heated. There are the stingy, extreme cases of fans arguing that Beast Wars saved the franchise from its demise, while the opposing side argues the point that you wouldn’t have Beast Wars without Generation 1. Is it an argument of two opposing Generations? Can you enjoy both? Not if you’re a diehard, thus disagreement will forever ensue. 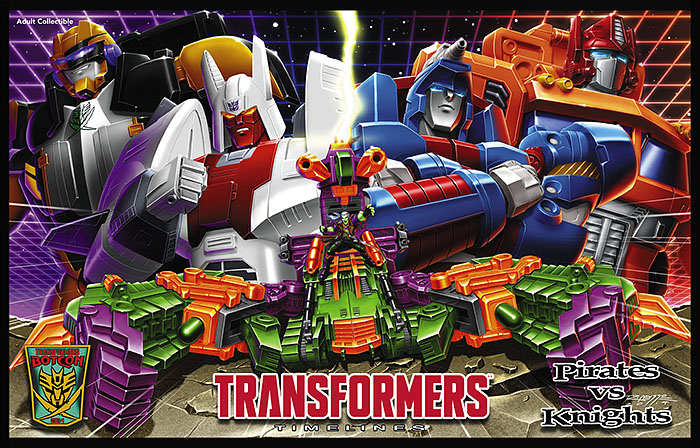 Go into any announcement thread for BotCon related items and you’ll see everything from subtle insults, over the top rage, and blind faith for the year’s location, box set theme, and toy choices. Oh boy it’s a yearly thing and encompasses every reaction you can imagine. Despite the ongoing and emotional discussion of BotCon and its creative team’s decisions, the convention is still an active spot for a yearly transformers fan escape.

“Hasbro loves Transformers fans.” It’s been the recent pledge for Hasbro Transformers panels at conventions, but you’ll still find plenty of rage thrown towards Hasbro and their product. You won’t need to venture far on fan sites to find this disagreement happening, just wait for a new toy to be revealed and witness the dissenting comments: “Do they expect collectors to buy this simplified garbage?” “One-Step changers are clogging my shelves!” “Bumblebee.” Those fans in favor of Hasbro will defend their practices, citing this is a brand aimed at kids. However, the dissenting opinion is quick to point out the massive fanbase of collectors willing to drop serious coin on high-end Transformers figures. Another recurring argument, this one seemingly has no end in sight. Check out TFsource’s reviewer Peaugh of AOE’s One Step Lockdown for just one example of the simplified stuff! 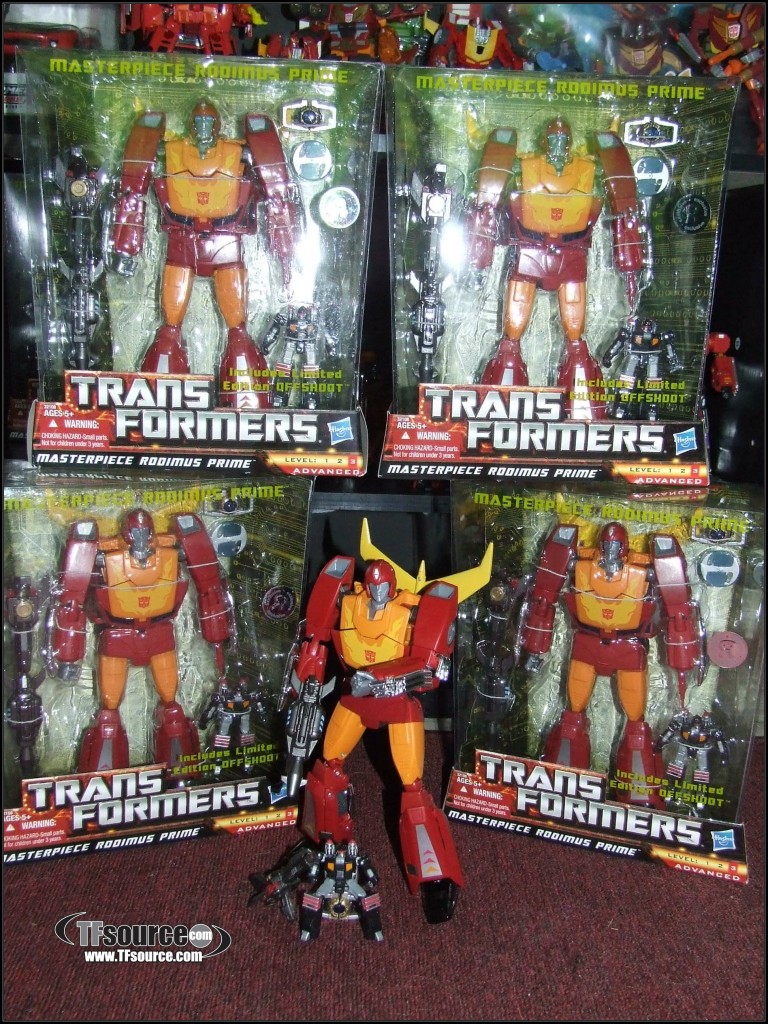 This one is my personal favorite. Typically it comes up once a year and the culprit is usually, but not limited to, a Masterpiece figure. If you can’t find one of those highly sought after figures, we Transformers fans are quick to blame “the scalper.” Is it right to buy a hot ticket item and sell it on eBay for a few extra spending dollars? Do scalpers even exist? You won’t find agreement among Transformers fans. 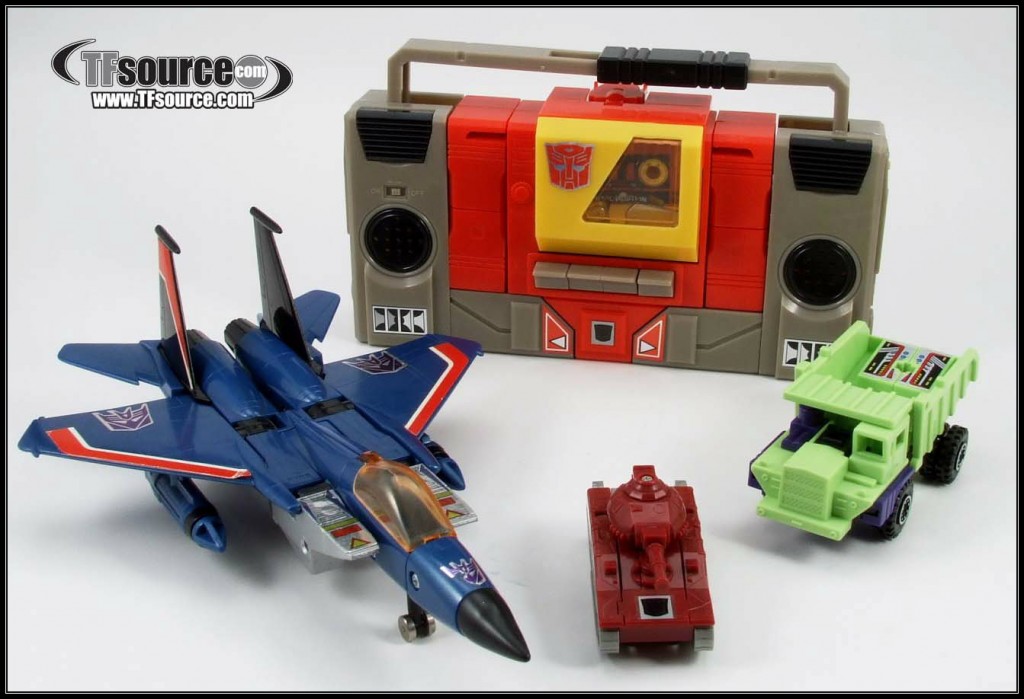 Pick a Generation 1 episode, any one of them, and you’ll likely find a bizarre scale issue that boggles your mind how the artist could not have seen it. Scale is ALWAYS brought up among Transformers collectors and it’s been a problem since the days of Generation 1. This toy is too small. This toy is too big. They don’t SCALE together. One thing you can expect out of this argument though, someone will link you this image. 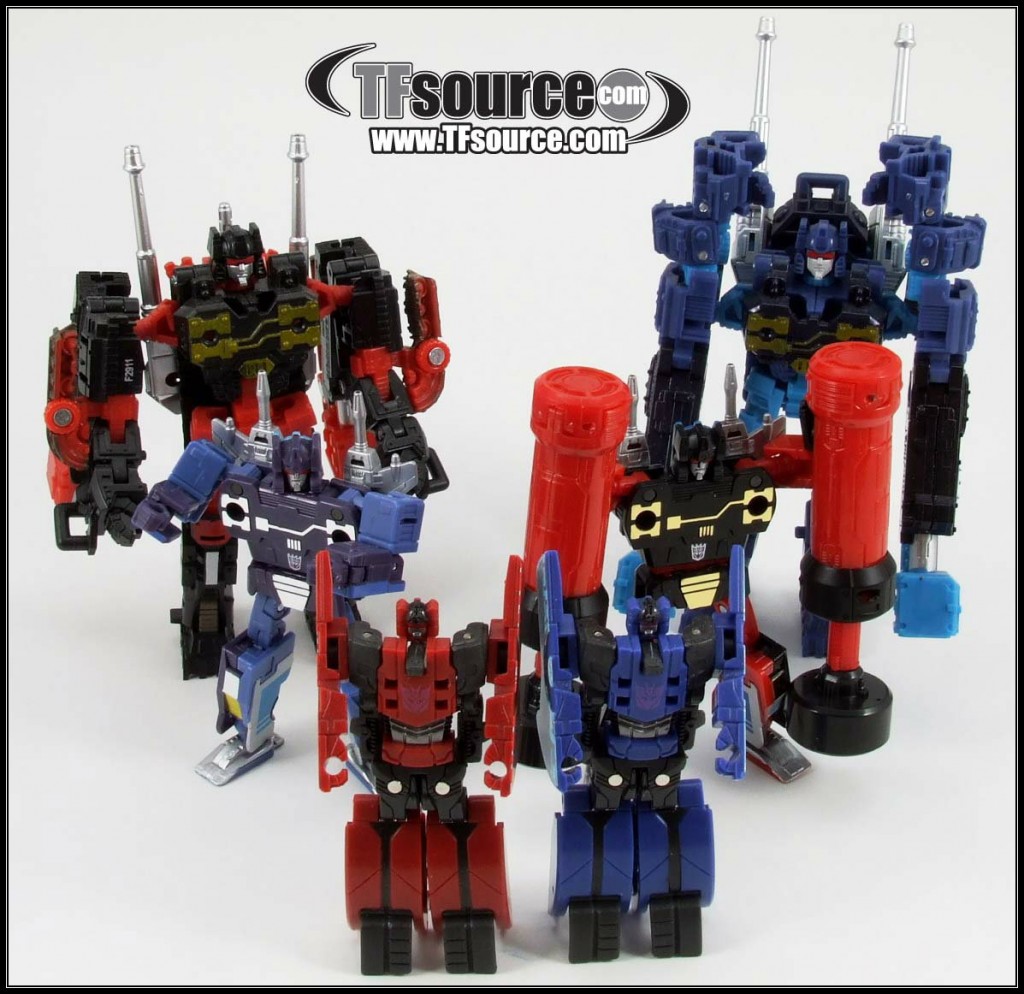 What I meant to say is Frenzy is blue, Rumble is red. Wait … no, no, Rumble’s toy is red and Frenzy is the blue one. Ok now I understand … no, hold on. The cartoon showed that Frenzy was the … never mind. 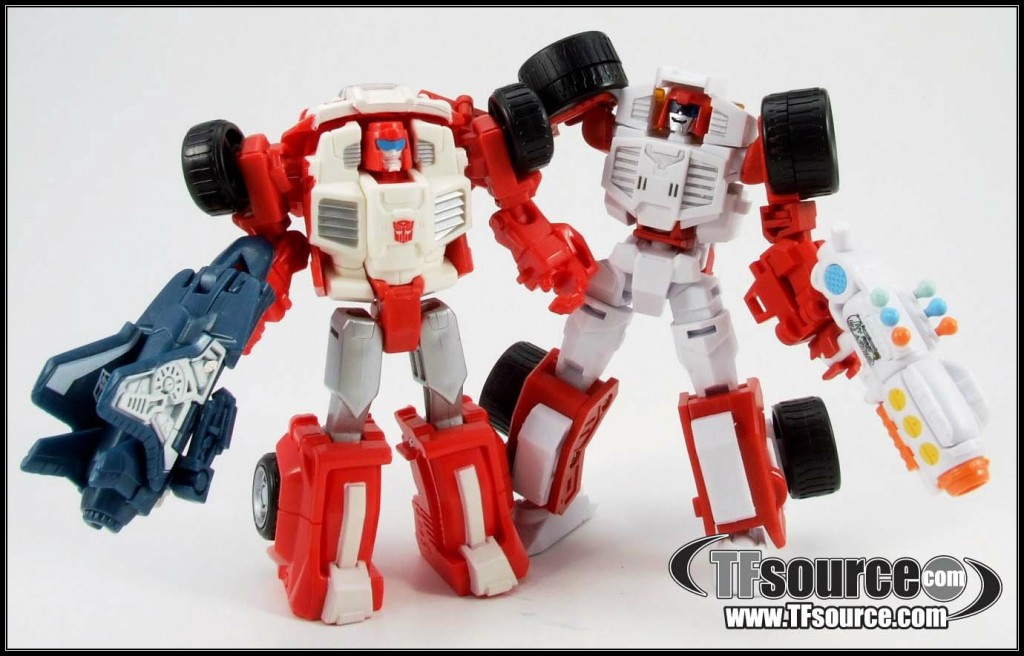 Oh boy … where would you start with this one? In recent years the unlicensed/independent/”third party” world has exploded with robot figures that transform and also shockingly look a whole lot like Hasbro’s characters. Is there room in the world for both official and unofficial products? Some fans and even fan websites have completely sworn off the unofficial world of “transformers,” where as supporters rave third party companies are “giving collectors the figures they want.” Here’s the solution for this argument though: don’t bring it up. Although there’s zero need to justify your purchase of unofficial X or official X over the other, many fans bring it up time and time again, almost to infer there can only be one. 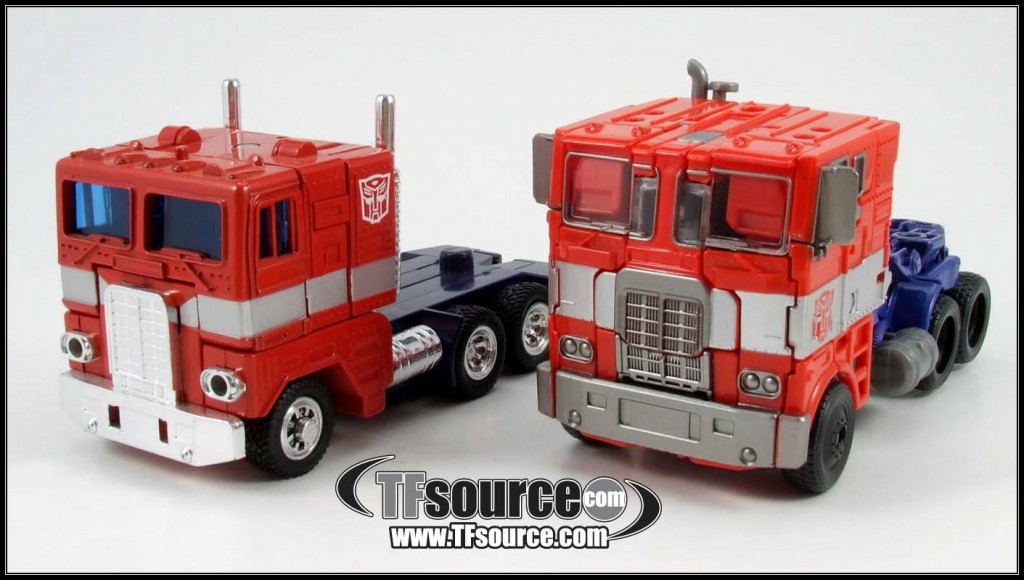 Never has something so argumentative come along, never has something been so polarizing, only the live action films could split a Fandom in half. Damned if you like them, damned if you don’t. You’ll never find agreement among Transformers fans with Michael Bay’s Transformers. Since 2007 these films have launched every argument imaginable, from Optimus Prime being too much of a blood thirsty warrior, continuity issues (or complete lack of continuity), all the way to the toys that represent each character. It’s a headache, enjoyable, and exhausting all rolled into one when you debate the live action movies. You won’t win trying to prove your point, there will ALWAYS be someone just as stubborn willing to go all out to discredit you. Don’t expect fans to hug over the live action movies anytime soon either as we can expect at least one more movie coming in 2016.

I hope you enjoyed this countdown article. I plan on making this an ongoing series for TFsource and I want your input on these! Hit us up on TFsource Facebook page and Twitter. Sound off on your favorite fansites such as TFW2005. Hit me up on Twitter if you feel like I got these completely right or horribly wrong! That’s what is great about being a part of this community after all, we have plenty of outlets to vent our disagreement with.

This entry was posted in Source Articles Tagged with Countdown, Transformers

The Top 10 Things Transformers Fans Will Never Agree On