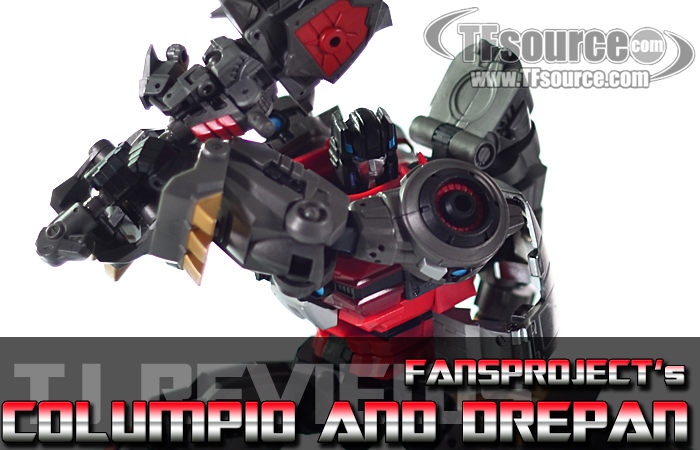 This item is a pretty hot issue right now due to the release so shortly after an exclusive variant at TFCon 2014 that featured different colors (The reds and golds were metallic painted and chromed) and an alternative accessory (An homage to the Diaclone Riders rather than the Target Master Drepan). Those who either held out or have purchased both (like THIS GUY!) will be glad to know that not only does this version hold up to the exclusive variant but in my opinion, exceeds it.

The color schemes are the same, but the bronzed and red plastics over the metallic paints are easily distinguishable between this release and the other. Personally, I’ve said since TFCon that I prefer the colored plastics after seeing this version on display, but everyone will have their own opinions on them. However, I don’t think that either side will say that the other looks “bad”, because neither does. They are both extremely well done.

The other difference is that this one comes with Drepan: The Soleron that transforms into your choice of either an axe or sword as a melee weapon for Columpio. This weapon is amazing and one of the nicest LOOKING weapons I’ve seen from a target-master. However, the robot mode does suffer a bit aesthetically from the fact that the handle cannot fold down flush with his back while in robot mode. However, Drepan can still stand fine but you would of course need more room to display it with that sticking out of its back.

Overall, this is another hit from Fansproject. It’s nice to see redecos done well enough to easily justify the purchase of both.

And don’t forget to pick up yours as well as other Fansproject products by clicking HERE!

Enjoy a few more pictures of this figure below! Remember to click the pictures to view larger resolutions: 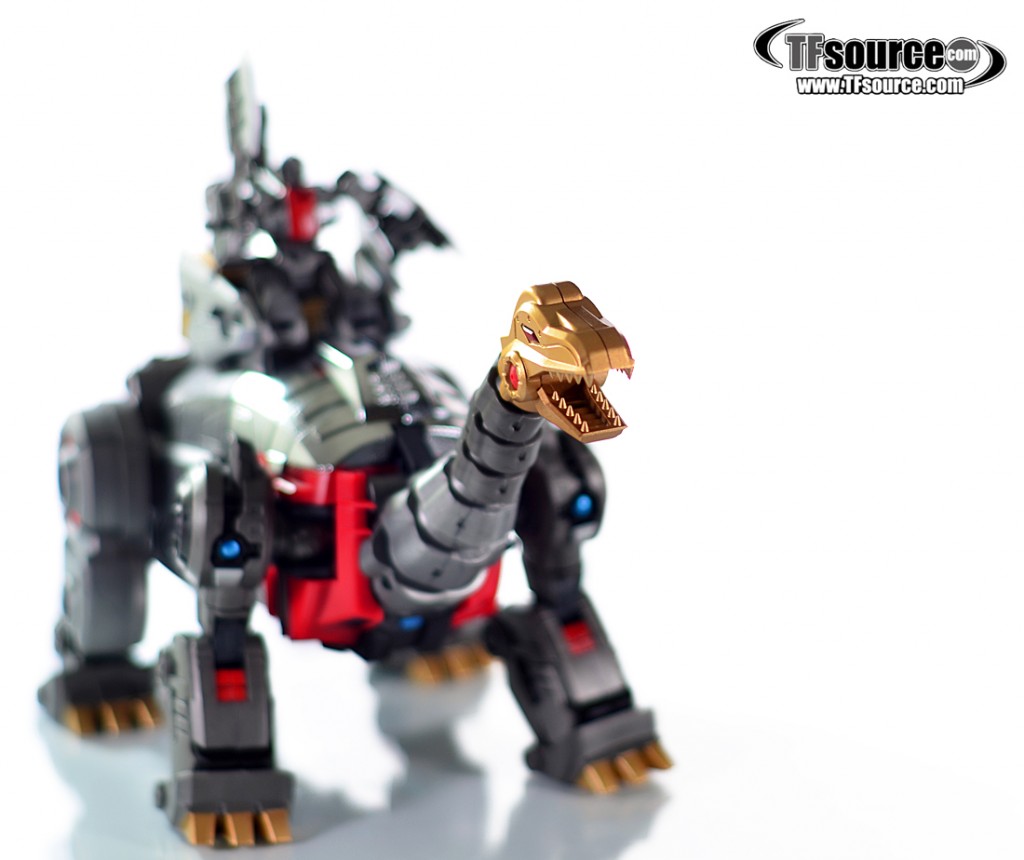 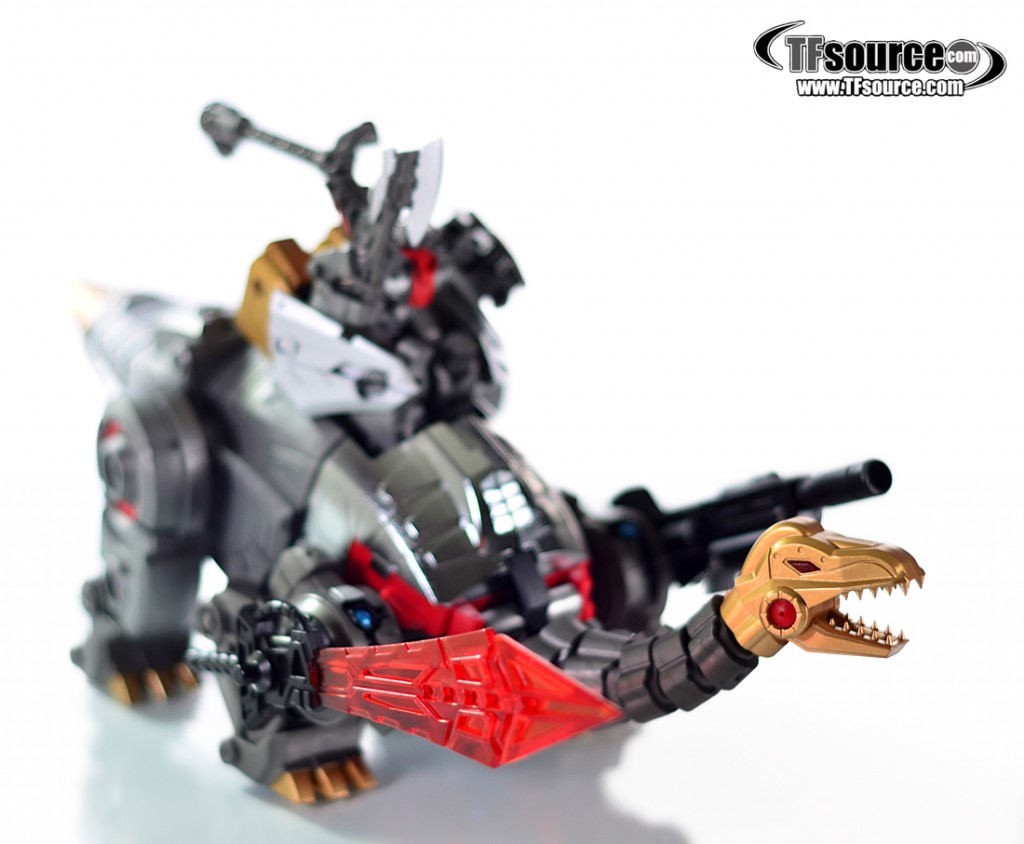 Showing how the weapons attach 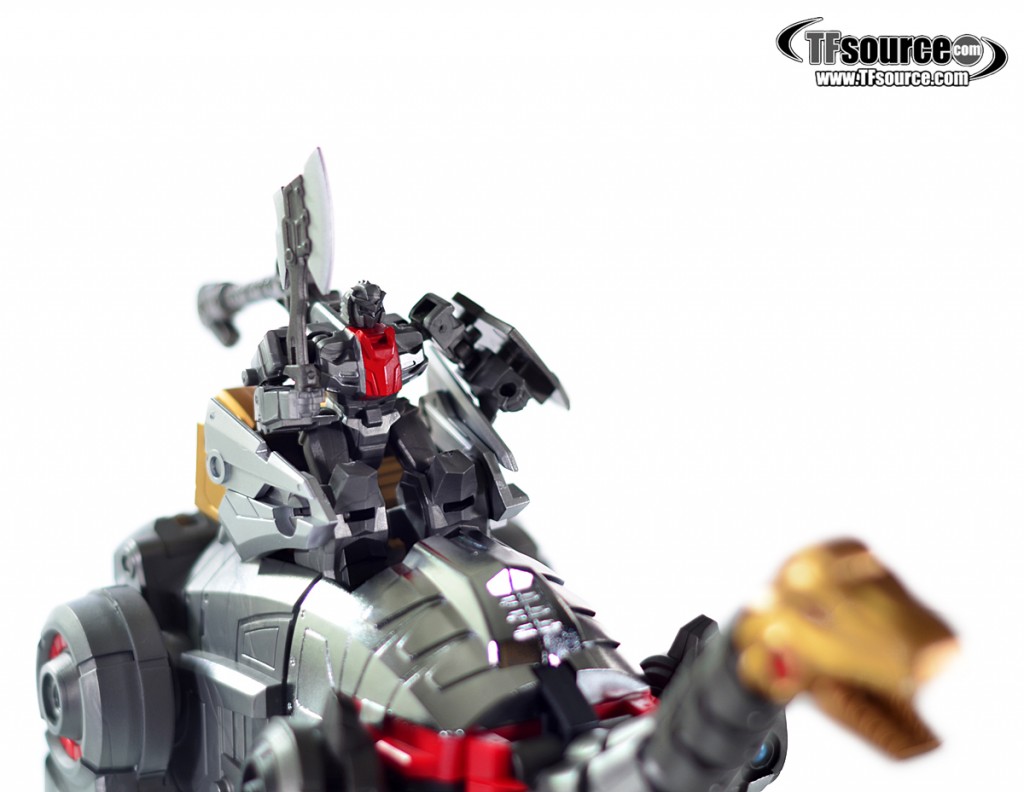 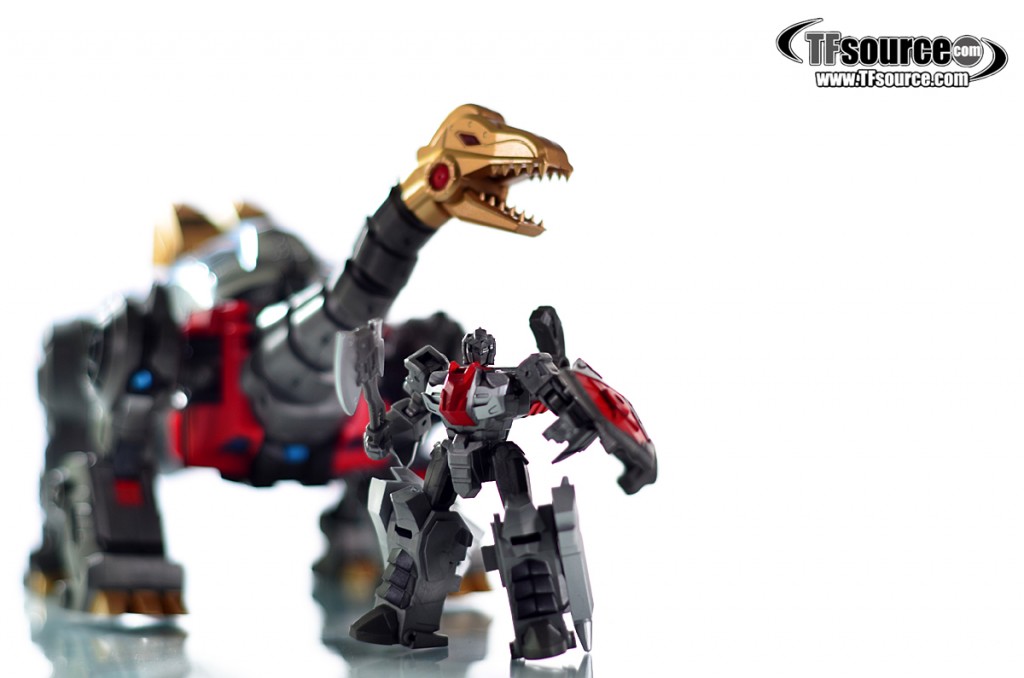 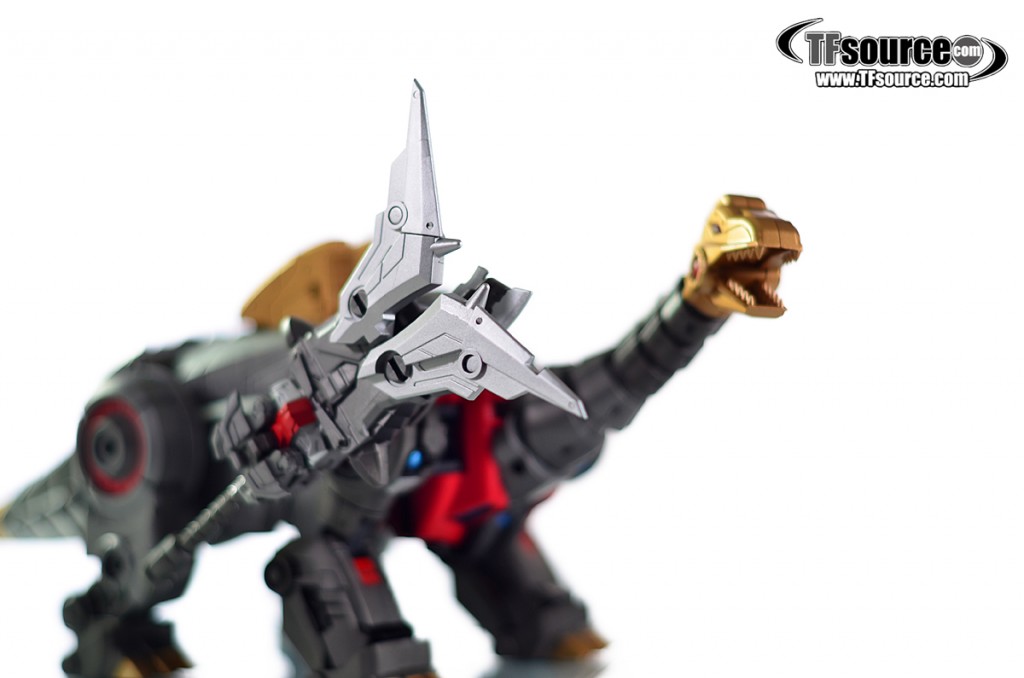 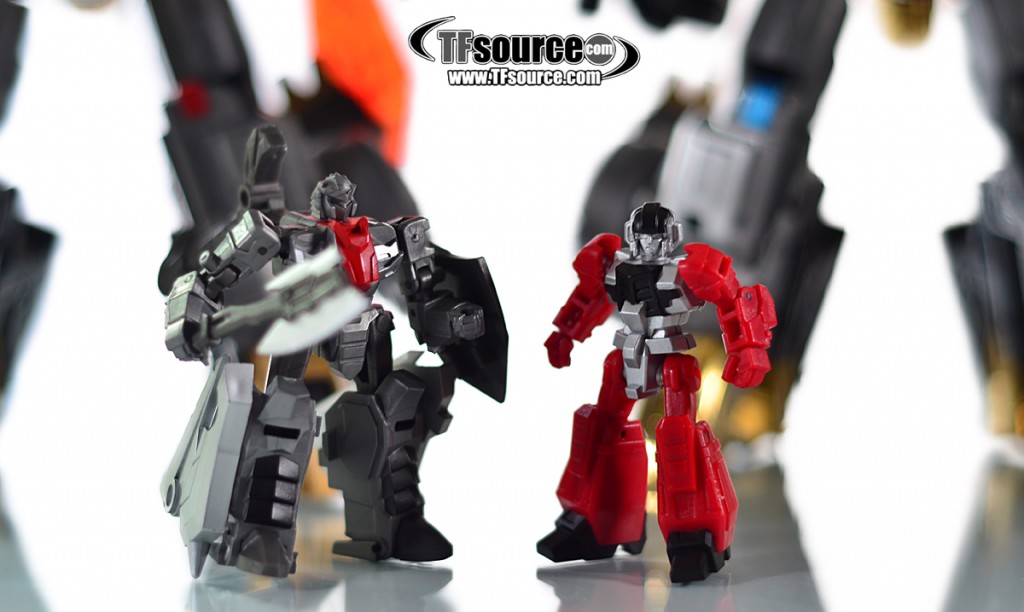 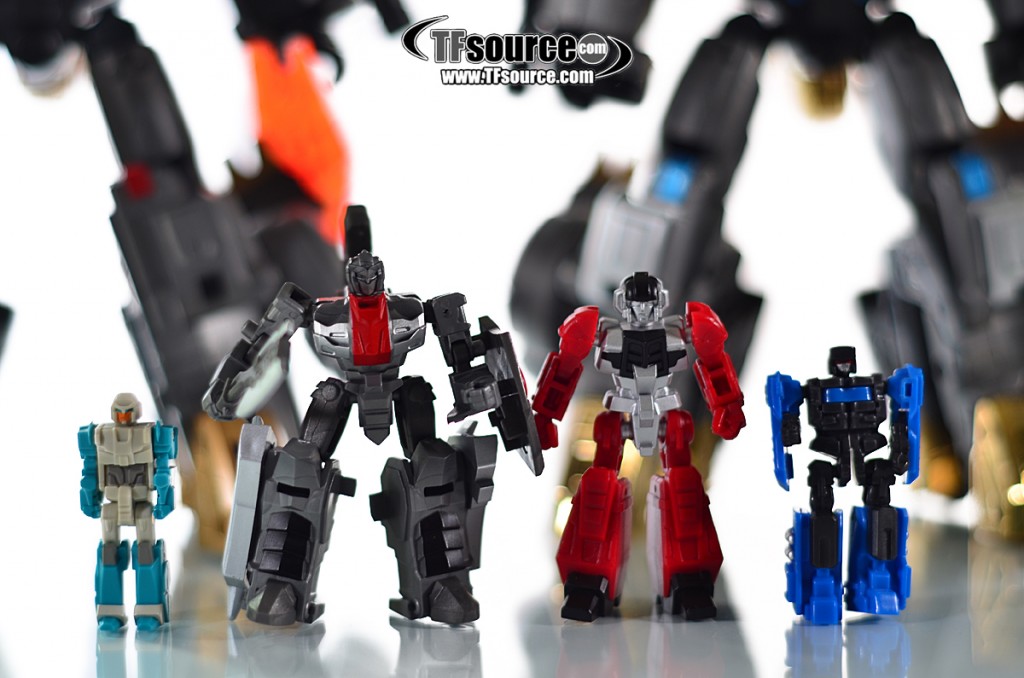 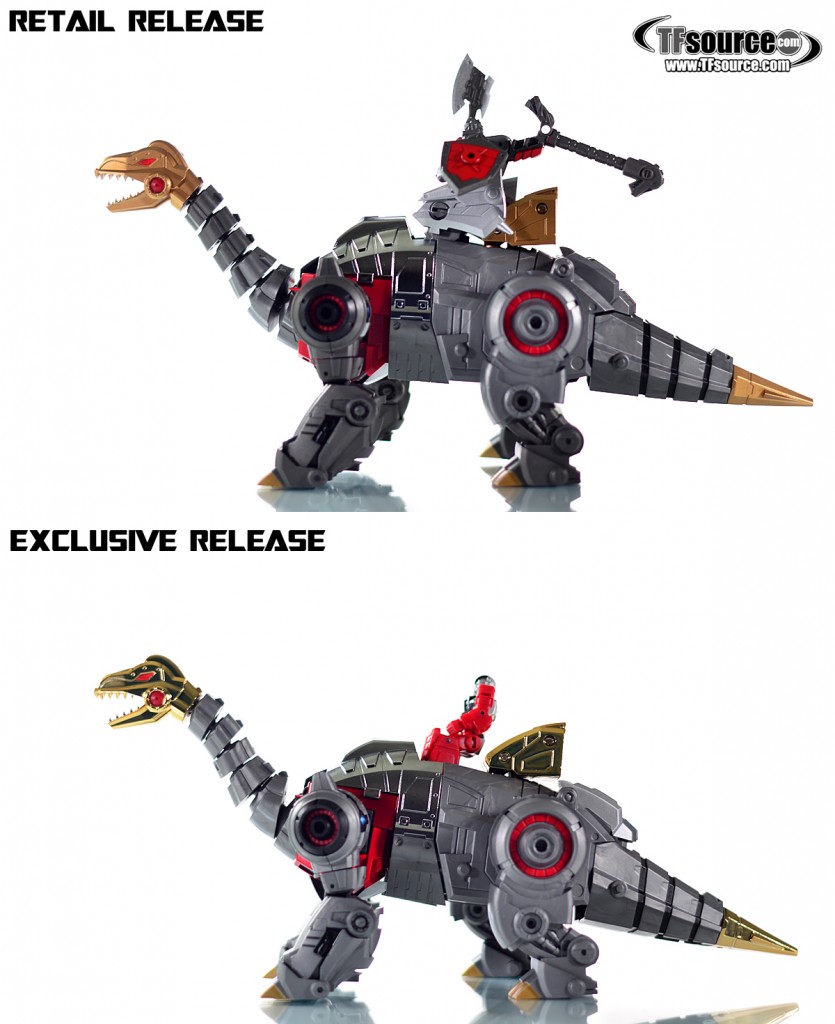 Comparisons between the two versions. 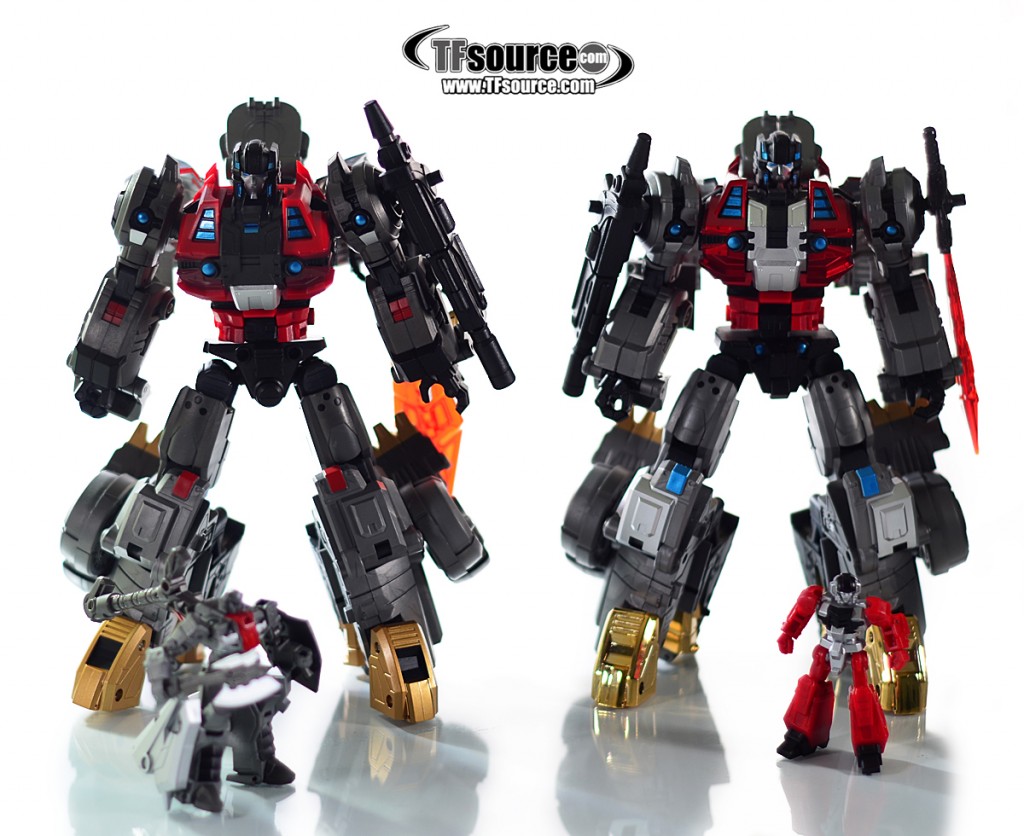 Retail on the left – Exclusive on the right. 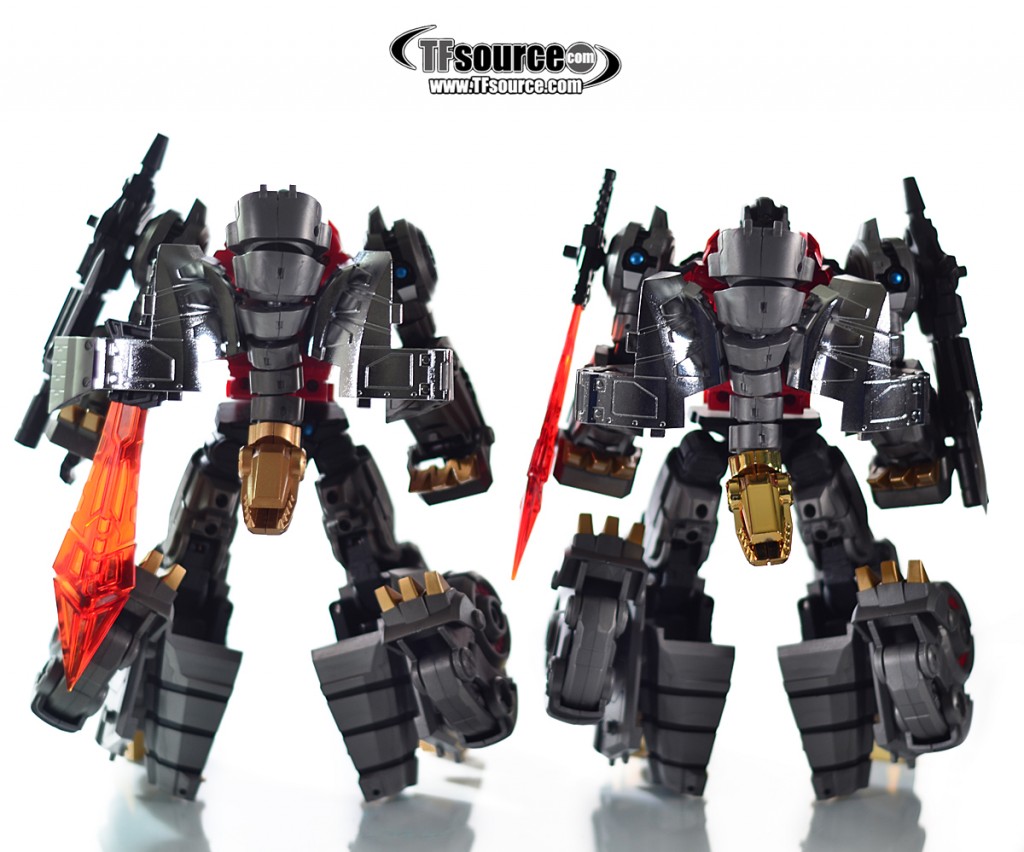 Retail on the left. Exclusive on the right. 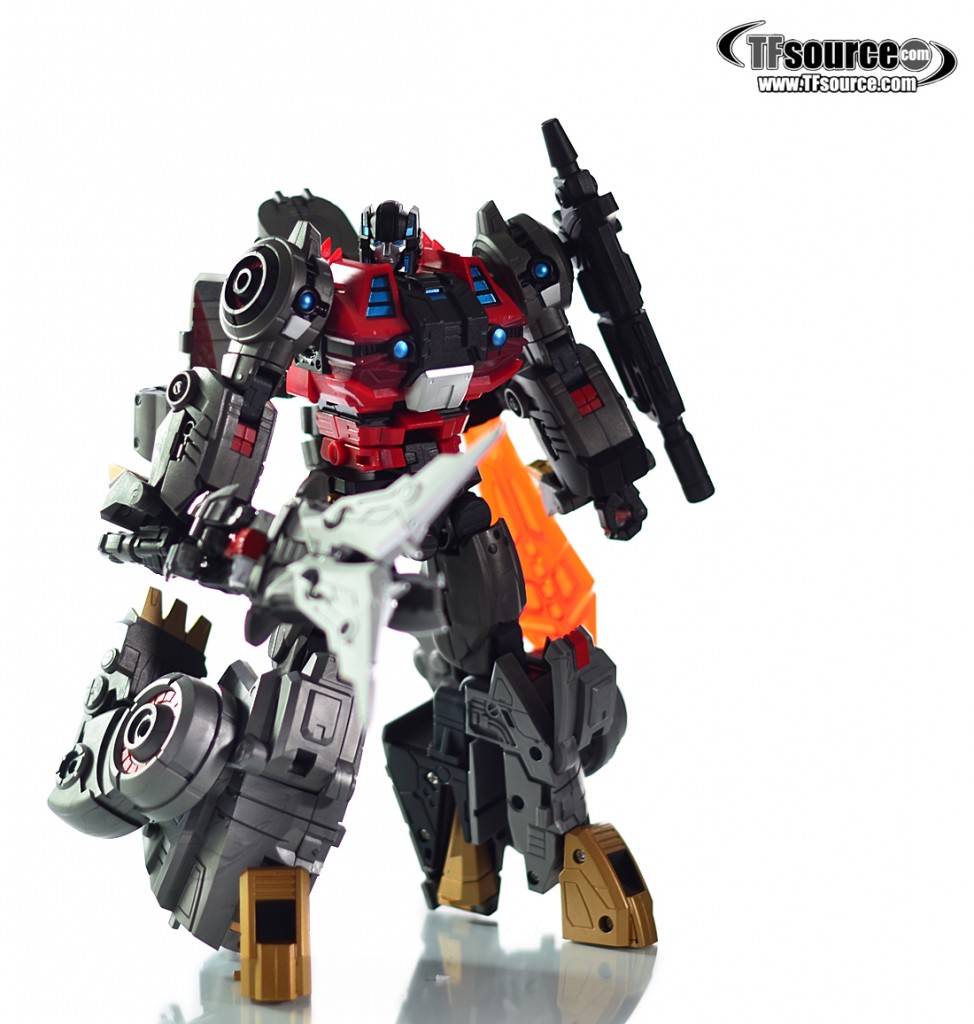 With an axe to grind! 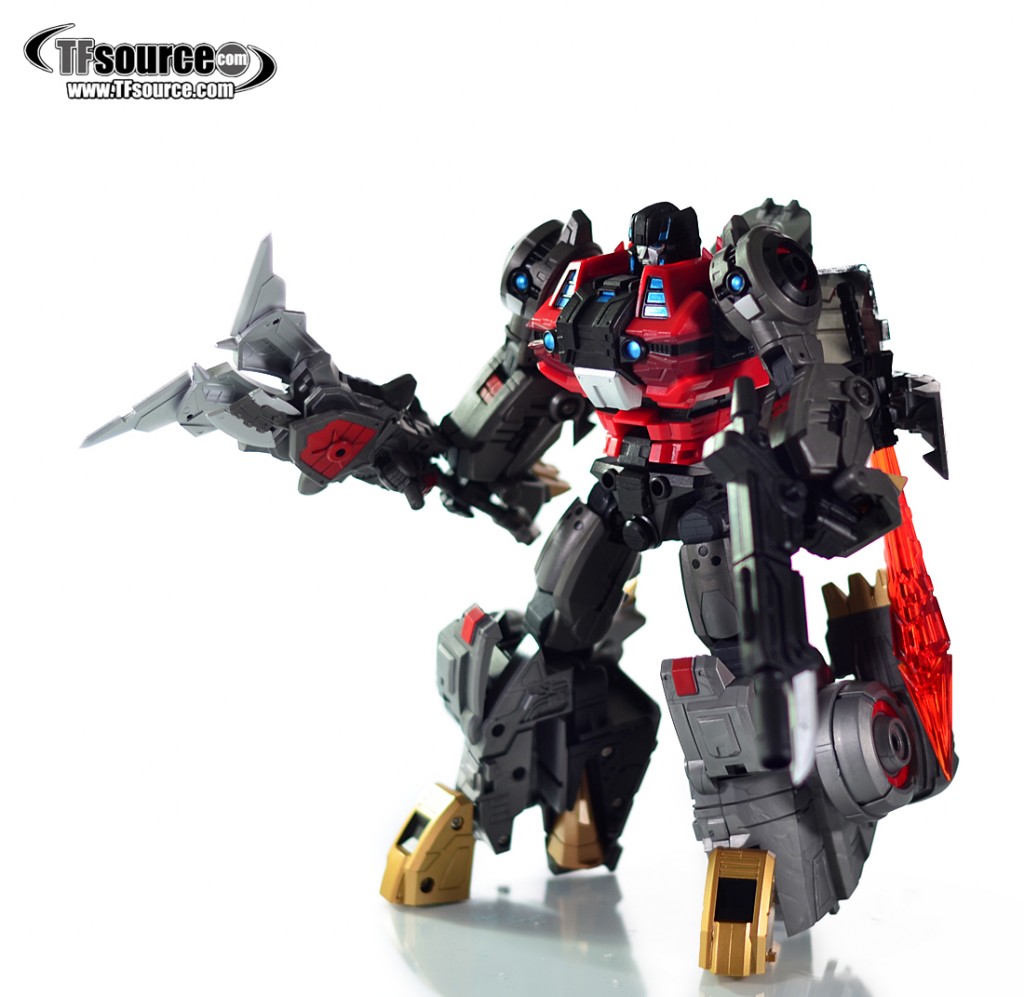 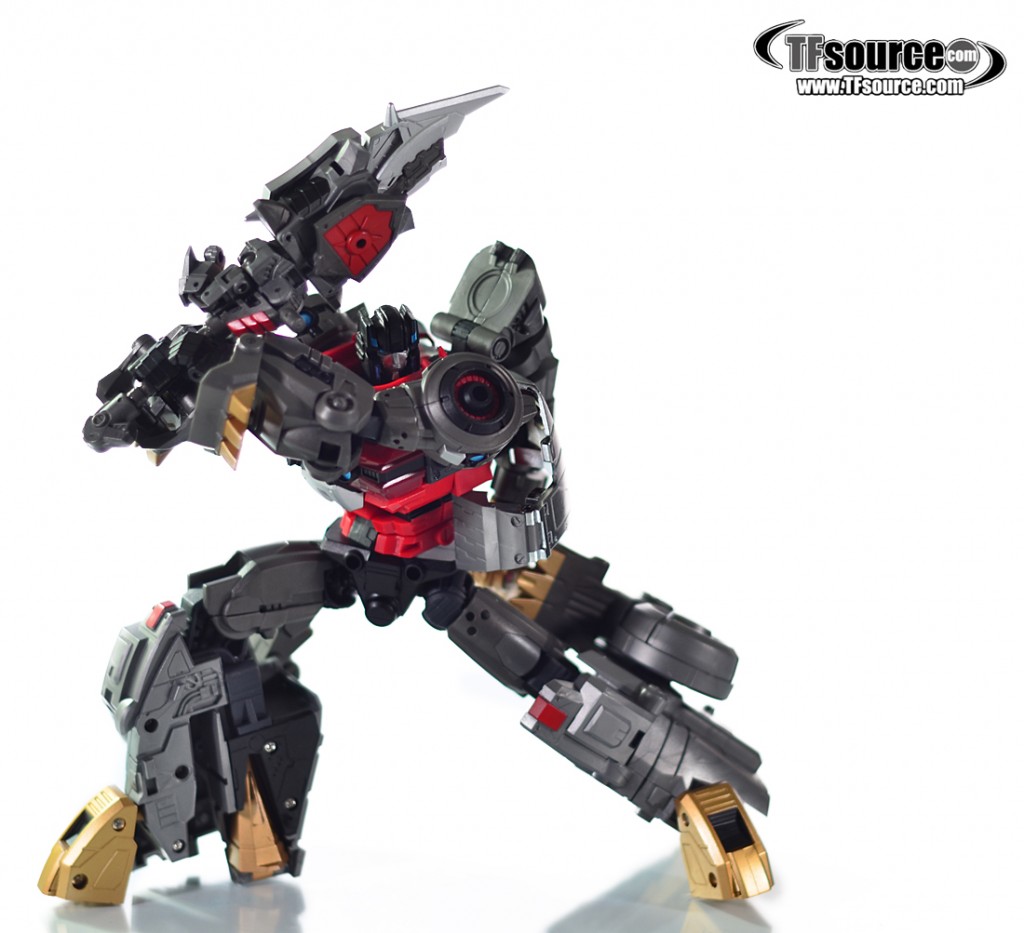