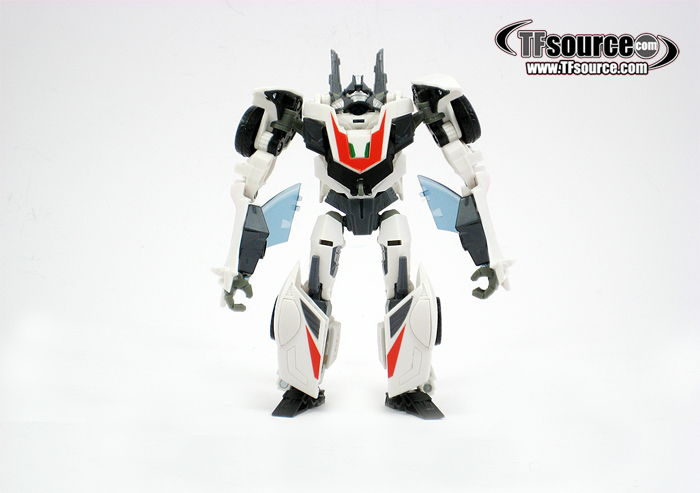 There have always been categories of Transformers, distinguishable by size, complexity and type. As a predominantly vintage collector for years I was very new to the whole uniform hierarchy of figures – or size class – that seem to have originated in the beast era of toys. This week I am looking at some of the deluxe class toys I’ve seen and owned (which admittedly is not very many) and pick out some of what has really impressed.

TFWiki states that ”The intended class of a toy is relevant to all phases of its design process. To sell at a given price, there are tight formulas for how much plastic can be used, how many paint applications are allowed, whether electronics can be included, and how complex the transformation and articulation can be. Further, since a size class is literally a size class; toys are limited in their measurements, so that they will fit into the same size packaging as other toys in their class”. Recognising the fact that “deluxe” has not always contained the exact same formula throughout Transformers history and has sometimes had a different name, I’ll be looking at the $10 – $13 price point Transformers from recent years and seeing just how much can be packed into what we call a deluxe. Because I have missed so much of Generations, Classics, Prime, Beast Wars and Beast Machines, I’ll focus on some of the more prominent characters and figures from recent TF media. 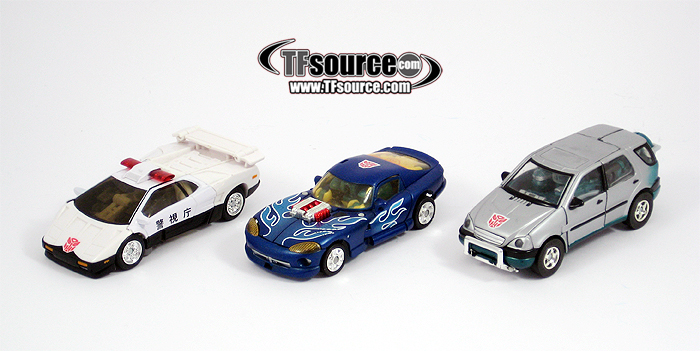 Prowl, Side Burn and X-Brawn 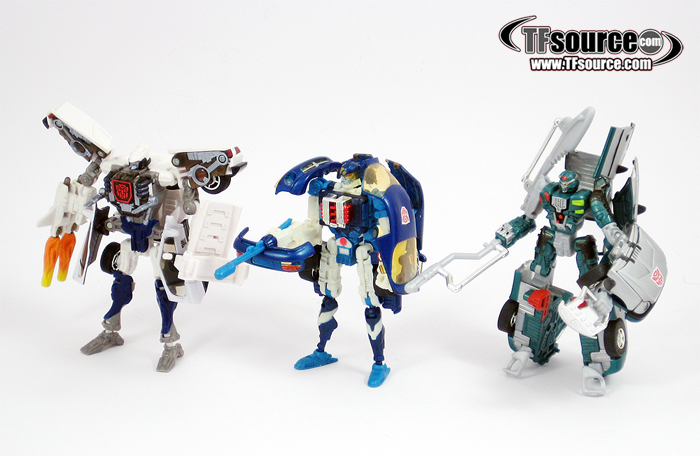 My first experience of the deluxe class of Transformers came in 2001 when Robots in Disguise debuted in the UK. I was well and truly back into adult Transformers collecting and RID/Car Robots were the first new toys to capture my imagination. Those first new toys I bought were of the deluxe class category, Car Brothers Side Burn, Prowl and X-Brawn. I was impressed because Hasbro and Takara had managed to rediscover the beauty of real world vehicle alternate modes, incorporate engaging (and for the time – complicated) transformations with posability I had never seen in a Transformer before. That’s what you get for skipping Beast Wars.

There were still chromed parts, paint application, accessories etc but the robotic proportions were nearly gone for the lower halves of the body, the figures were quite humanoid and they were devoid of any metal. Improvements over G1 “deluxes” like Autobot cars were evident in toy technology advancement, but at the time I felt something was missing that set the originals apart. I am pleased to say that over time this feeling has disappeared and I can appreciate modern deluxes for the works of art that some of them truly are. 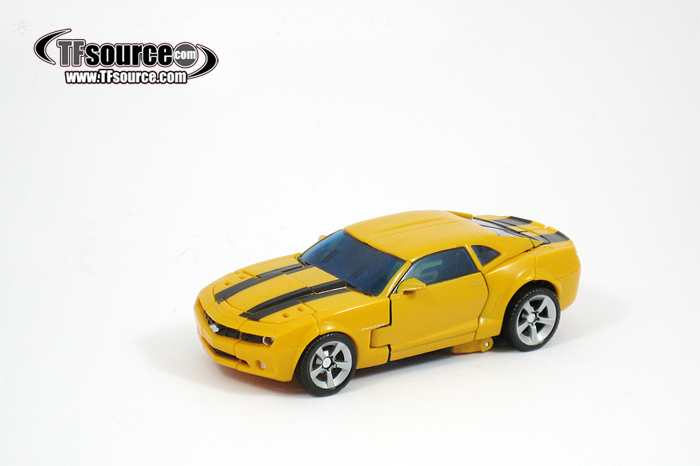 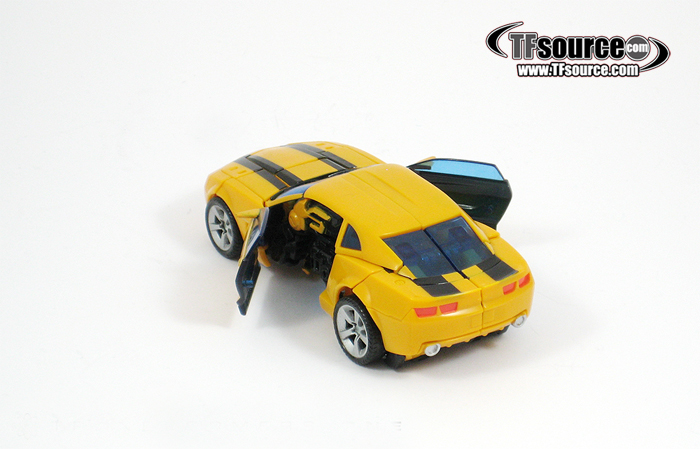 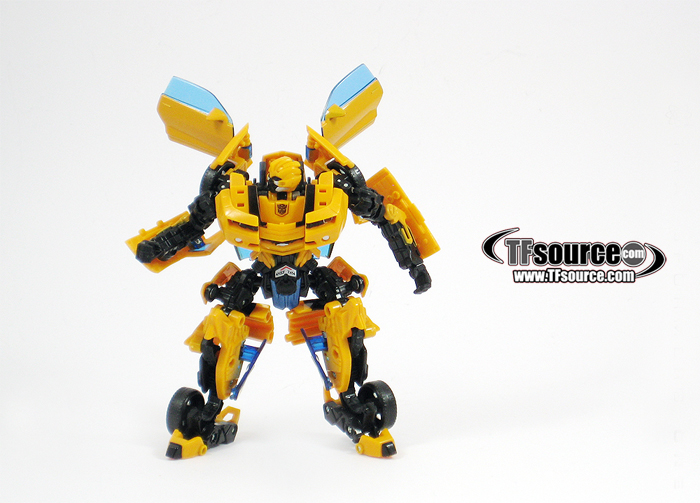 As good a main cast deluxe as we’ve had?

The 2007 Concept Camaro Bumblebee – in my opinion – was the best movie main cast figure in the deluxe class category. As much as I liked Bonecrusher, Brawl, ’76 Camaro Bumblebee and especially Barricade, the Concept Camaro was eagerly anticipated and really did an excellent job of recreating the look of the as-yet-not-completely-overused Bumblebee from the live action movie. This toy also had significant limitations in leg articulation, shoulder articulation and overall posability, but for the price point and overall screen accuracy, it was a winner. Importantly, it was also a thoroughly attractive toy in both modes, that’s if you can stomach Bayformers and their aesthetic. I certainly can, and I enjoyed this toy immensely. 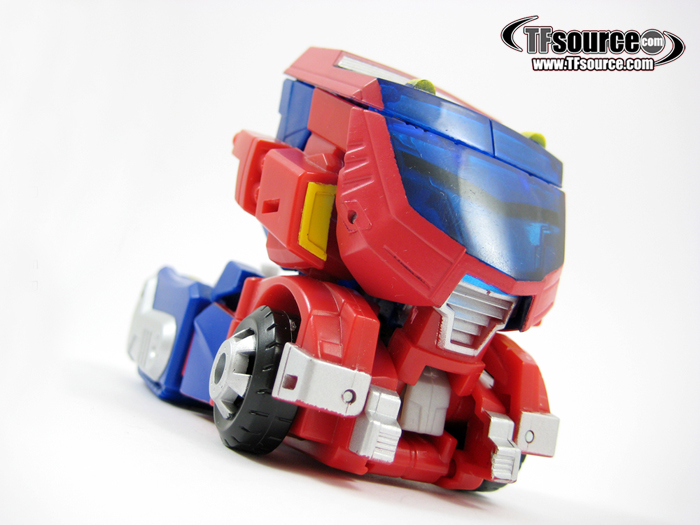 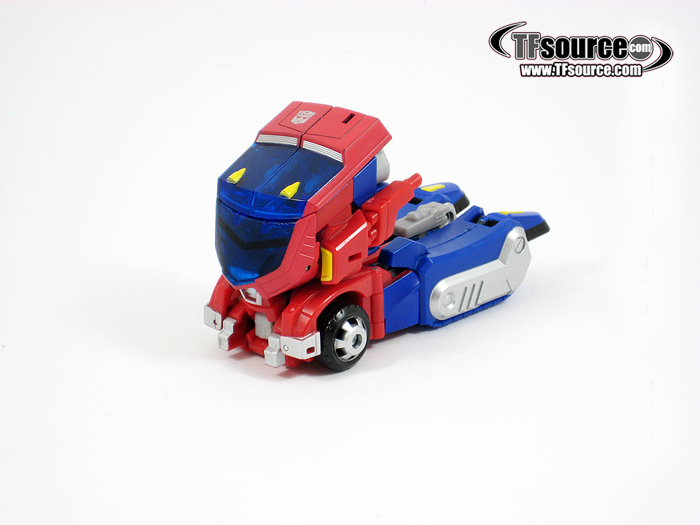 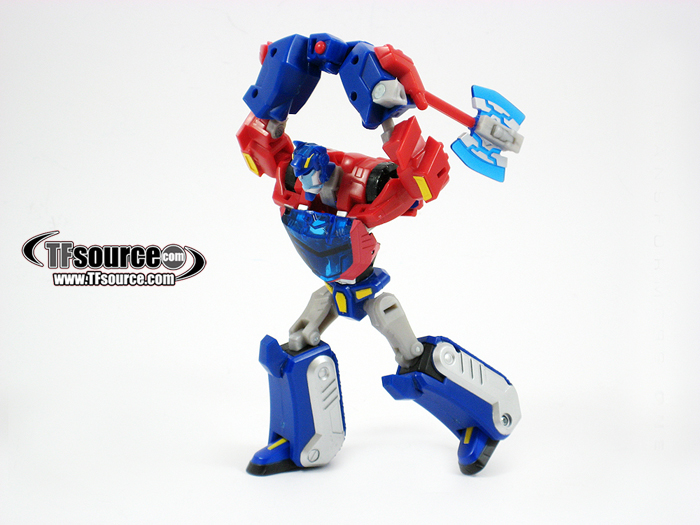 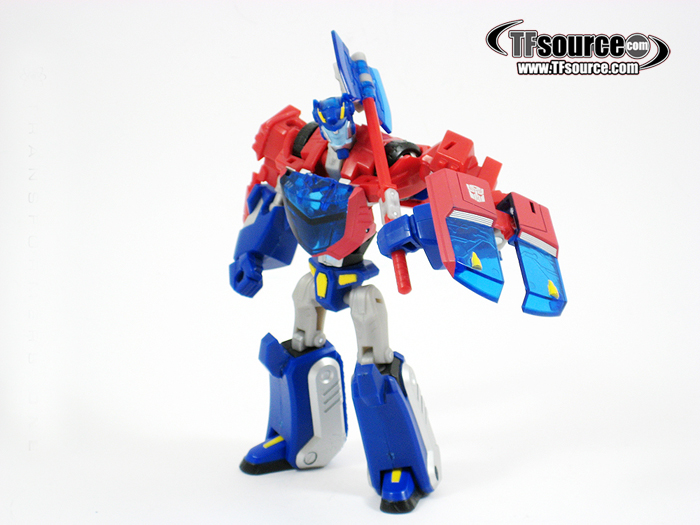 Then came Animated, which in a way completely redefined what one could expect of deluxe class figures. There are any number of toys from the 3 or 4 years of the toy line that could qualify as a wonderful beacon, a standout design which demonstrates that for $10 – $13, you can have absolutely everything. That ‘everything’ would include some of the highest levels of show accuracy ever seen on a Transformers toy, transformations that don’t frustrate to the point of ragequit but instead result in toys that simply cannot be put down or left alone for their ingenuity, simplicity and displayability. The posability was brilliant, but the really important feature of these Animated deluxes was the character sculpted into some toys like Sentinel Prime, Bumblebee, Prowl, Blurr, Swindle, Lockdown, Rodimus, Ratchet and Blackarachnia. 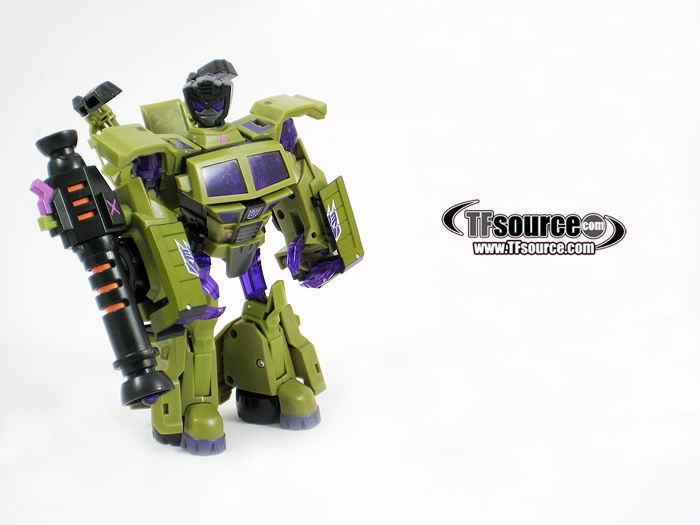 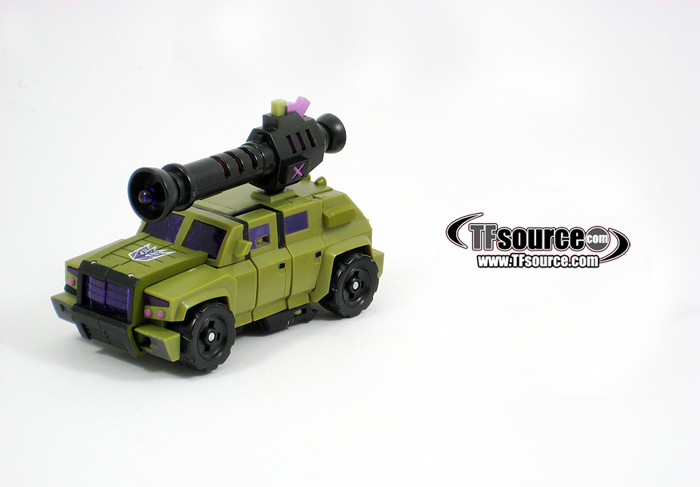 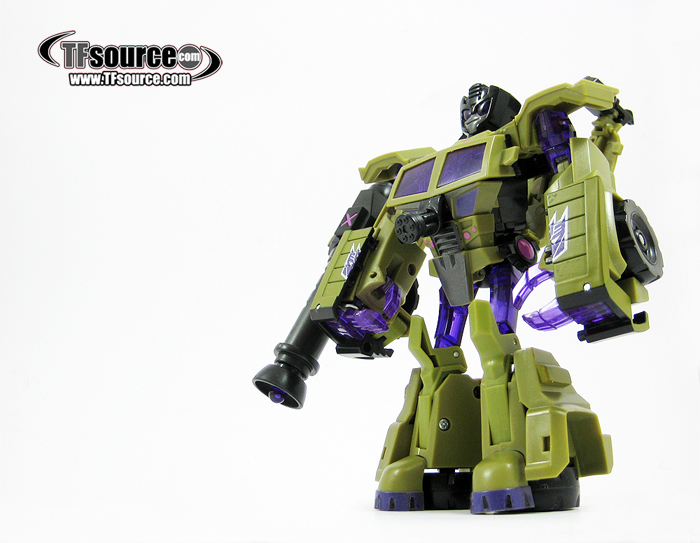 A smile you can trust

I’ve gone on about Blurr, Sentinel Prime and Bumblebee ad nauseum recently, but having written off the chances of any other deluxe Animated moulds having a similar effect on me, I was pleasantly surprised by Swindle and Cybertronian Mode Optimus Prime. They’ve taken over the fiddleformer mantle, are within reach on my desk and simply can’t be put down. Optimus looks amazingly heroic and despite his piddly axe, boasts two massively convincing modes and a transformation that begs for repetition. I love how the legs tab into the front of the cab and how the arms, hands and axe intertwine for truck mode. Swindle is without a doubt the best representation this character has ever enjoyed, and boasts the same heights of charm – just in his face – that a lot of deluxes lack. 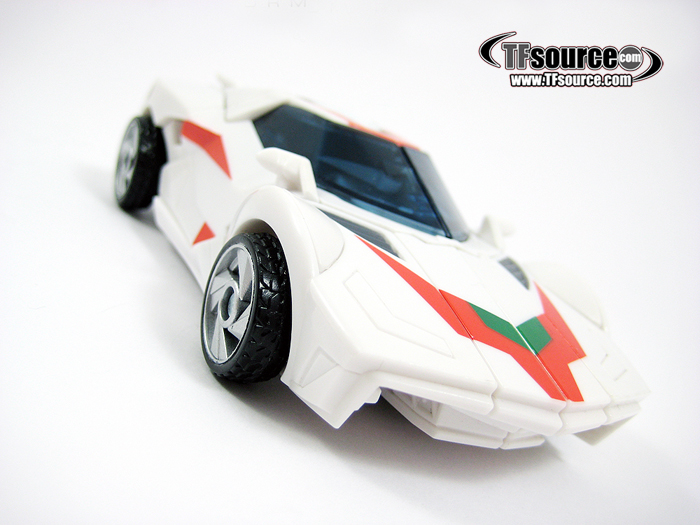 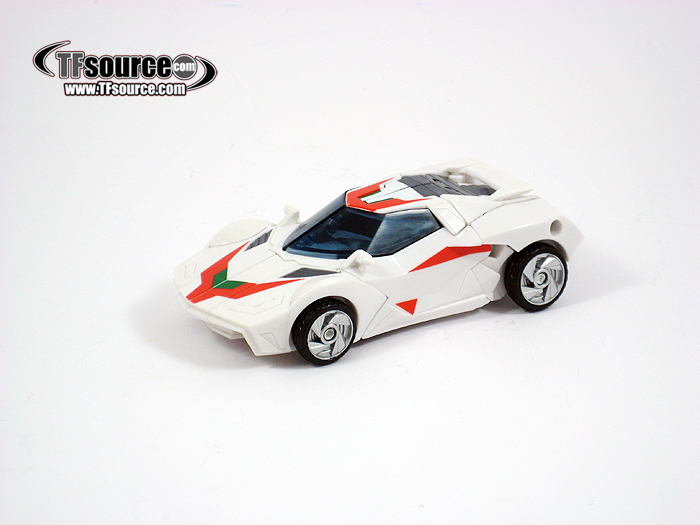 So many homages in one 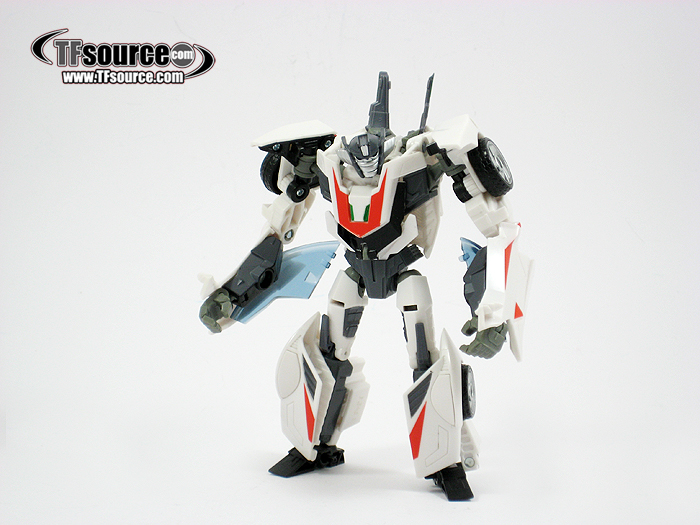 Now, I’ve been on a real Transformers Animated drive recently and it has been almost exclusively what I have bought and written about, but I have always liked to think of myself as open-minded and willing to try new things, watch new shows, read new comics and buy new toys. Once people have broken down the Wall Of Stubborn, that is. And so it was that last week, Paul Hitchens handed me my first ever Transformers Prime toy, deluxe Wheeljack.

It’s fair to say that I have been completely blown away by this figure. Even every Animated toy I’ve owned struggles to stand up to the transformation on this toy, it’s very close to the best deluxe class transformation I’ve ever experienced. Zero frustration or forcing, so much tabbing and security in each mode, looks to absolutely kill for. Speaking of those looks, it’s not on the same level as TF Animated because as an achievement, it’s a different animal. Show accuracy is definitely there in spades, but the Lancia Stratos look and the more direct G1 Wheeljack homage in robot mode pull at the heartstrings more than a brand new Wyatt-inspired Wheeljack design might. For a lot of collectors, Animated remains highly divisive. For that price point, what you get with Prime Wheeljack is phenomenal, and compared to what a deluxe toy was offering 15 years ago, the whole class has come a long way. 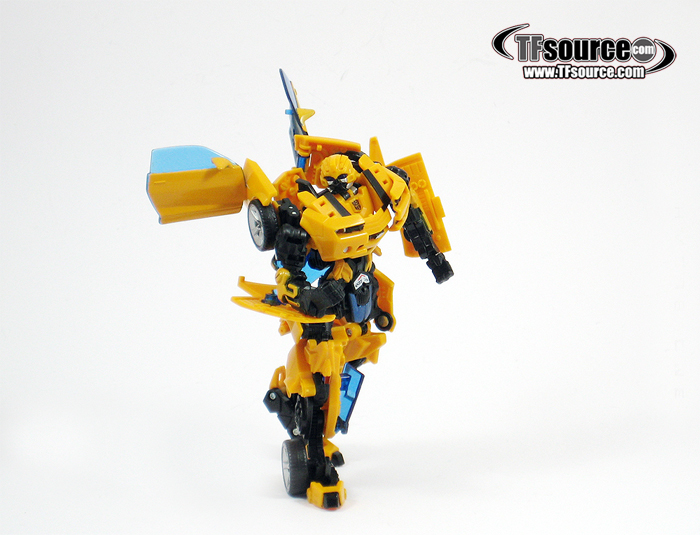 If a deluxe can do a running pose, it’s in!

At this point, many may be nodding in agreement or bemoaning my featured items as everyone has their own opinion on this subject. Do remember that my own experience with modern toys is somewhat limited (I skipped all the beasts and all of the Unicron Trilogy) so I’ve shown toys I own and have recently acquired or rediscovered, they are not necessarily the best deluxes for each line – certainly with Animated I’ve just shown my recent discoveries that have been heavily media-featured, not necessarily my favourites in every section. I think for reasons of sentimentality I’d find it hard to look beyond deluxe Animated Bumblebee. In fact, the whole deluxe class of Transformers is probably my favorite, so much is expected of voyagers and leader figures that the size almost always becomes the main appeal and not the quality when measured against price. Smaller than deluxe, there are many compromises and often they are too simple to enjoy on all levels. A deluxe toy is the perfect enjoyable size and for what you pay, you get so very much.

The real omissions here though, one particular style and line of toys, become clear when I quote some of my closest collecting buddies having asked them what their favourite deluxe class figures of all time are…

“Best ever??? That’s tough… maybe classics Bumblebee for me. Really solid fun transformation and neutral enough to appeal to most”. – Dan Ghile

“If I have to choose just one, RTS Jazz”. – David Buenaño Hochman 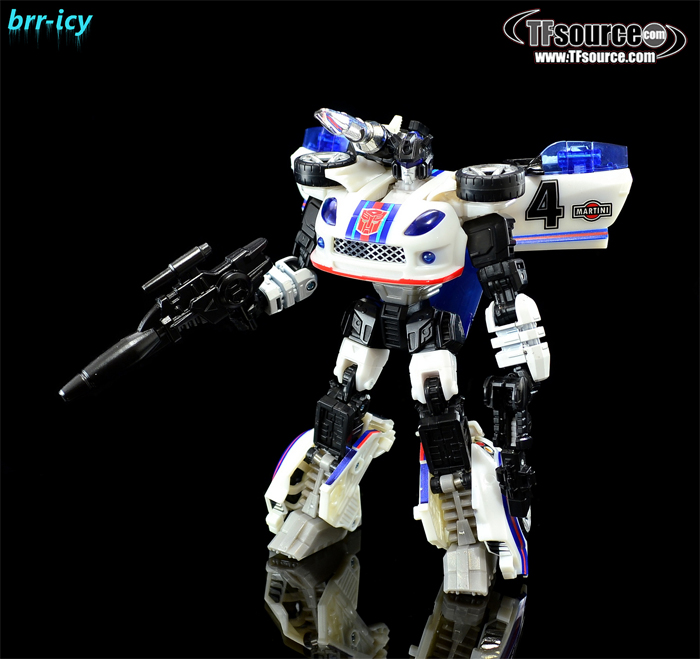 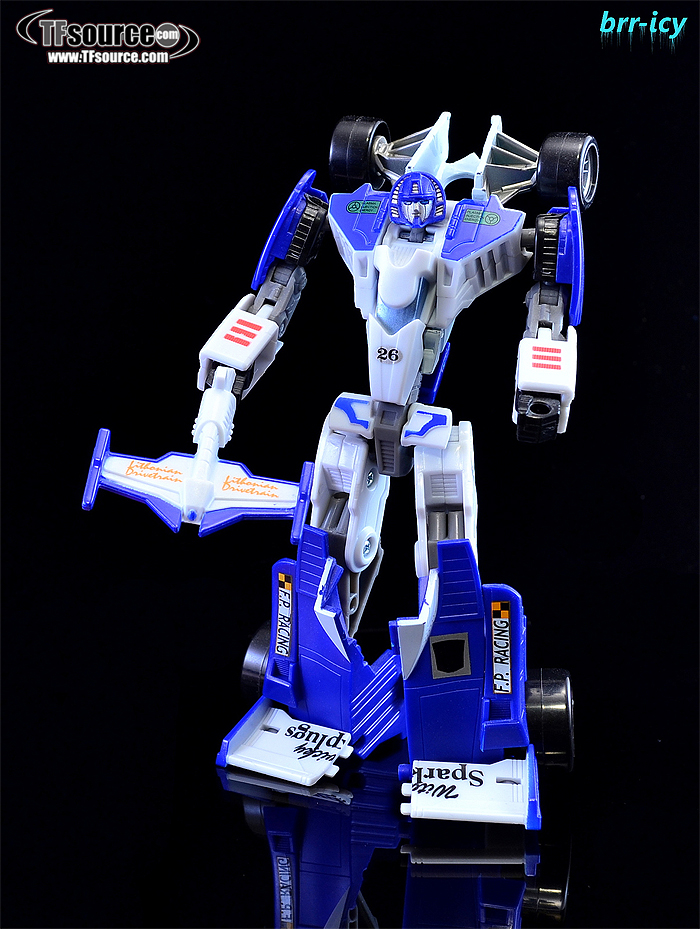 Thanks to Bryce Rutledge for Classics images.