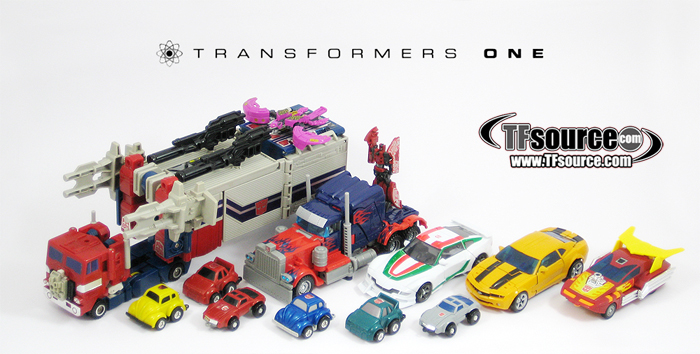 Respectable collection for a 2 year old

A lifetime of appreciation for Transformers and the growing acceptance of hobbies such as toy collecting in society generally means that we can share our hobby with more people, and wear it more proudly, although some of us did that from day one regardless of others’ opinions anyway. When you get to the root of it, it’s the amount of wonder instilled in us by Transformers toys at tender ages that is responsible for our enthusiasm and appreciation of the concept today, even if our reason for being in the hobby has evolved since then. So if they meant so much to us as kids, what does that mean for our own children?

For the last 3 months, I’ve been documenting the growth of my 2 year old daughter’s Transformers collection and her reaction to those toys on my own Square One blog. It’s been fascinating for me to see how enthusiastic she is, and how much of that comes from me. Obviously, I buy her things I think she will like, but it’s clear where my own collecting mentality and tastes spill over into the things I buy for her. This week on Source Blog I wanted to summarise those findings I made small individual posts about into something more coherent.

Wheeljack and the keychains 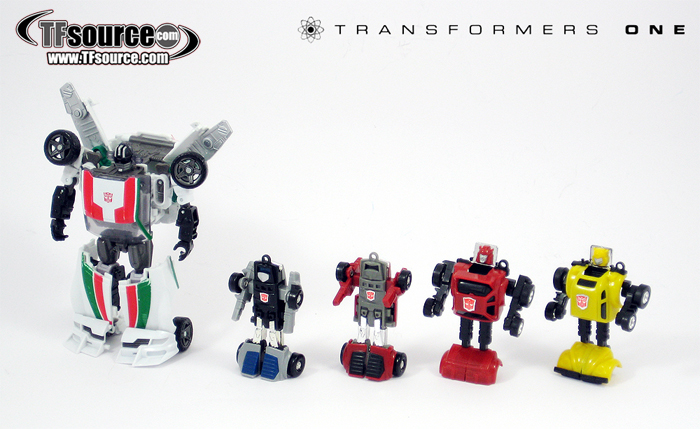 We all must have different opinions on how involved we’d like our children to be in our Transformers hobby, be it reading comics, watching cartoons, attending conventions, enjoying or even collecting toys. Some will want to keep as much distance between their bots and sprogs as is humanly possible, while others actively encourage participation. I was always of the opinion that I’d never press my hobby on my daughter, if she noticed the toys I’d let her see them, and if the interest was there I’d share in it – although not necessarily encourage its blossoming just yet.

As my collection thinned out, there were not many things I was confident giving a 2 year old to play with. The Generations Wheeljack and minibot keychains were a success though, the minibots much moreso. It started out as a couple of items I would hand to her if I needed her to sit or stand still for a second, or as reward, and the love affair with Bumblebee began thus.

It would surely be impossible to completely disconnect one’s own preferences and collecting interests from the toys we buy our children. Of course we’d make safety-conscious choices, and go for simplicity over sophistication initially depending on the ages of our little ones. Despite that, I’ve still seen my own variant-collecting mentality spill over into the toys I get for her.

I bought my daughter a Hasbro G1 Hot Rod reissue because it’s gorgeous, simple enough and very attractive (she’d also taken a huge interest in my C-78 Crystal Rodimus on display). Of course she cannot transform it yet, but I figured the robot and vehicle modes would appeal to her. Turns out she’s not that hot on it.

BotCon and BotCon Europe keychain exclusives Tap-Out and Rook respectively, however, great success. “She’s got a red Cliffjumper, so why not a green one, and a grey Windcharger too?”. Years of documenting minibot variants and chasing odd-coloured toys are definitely a case of daddy’s influence. When Rook #1 took a nosedive off her highchair and broke a leg, a second one was sourced. Most of the toys had been cheap and cheerful, some even gifted, but for Glyph I had to resort to TFW. On the whole, the minibots have served her very well, she loves them, can now transform them and they’ve survived admirably. 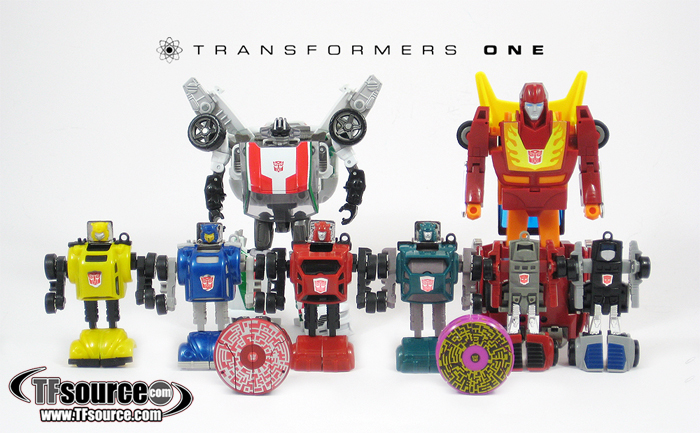 A very real pitfall is vicarious collecting, especially for someone who has supposedly put their own collecting on hiatus. It’s one thing to buy the odd Transformer for our child, but quite another to make a hobby out of it. Once I went looking for a BotCon Glyph and bought one, I realised that’s what was happening and decided to curtail things there. She certainly wasn’t asking for more robots. That was helped by more gifts, the very cool Fall Of Cybertron Data Disks. She can’t fold them back up, but she loves the disk cases and smacking them to transform them is a riot apparently. It’s everything I can do to not order more of the things.

Another apparent pitfall is the buying of sealed-only toys for my daughter, something that was getting tricky with the show exclusive minibot keychains. Believe it or not that comes from a very different place to my own need for unused vintage or new specimens where possible. It comes from the fact that I prefer to know that her toys have only ever had one owner – my daughter, or that the previous owner was me or her mother, or even another family member. 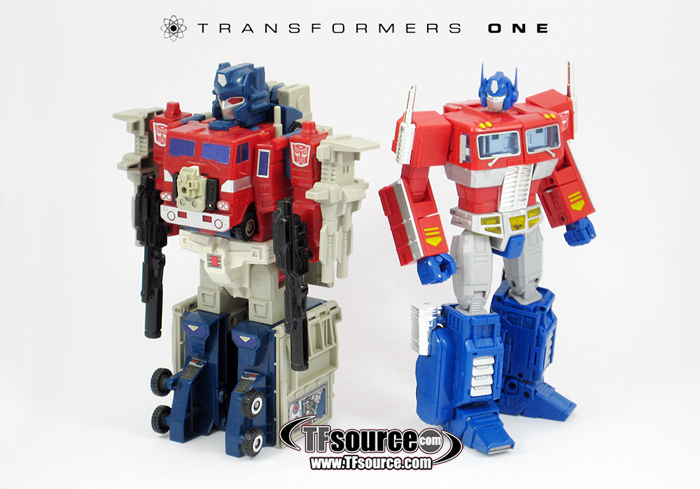 Her first Prime is a little better than mine 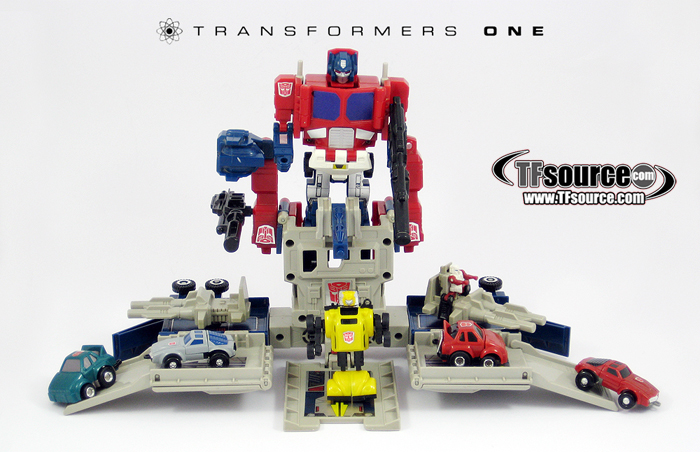 One thing she has asked for is any version of Optimus Prime she sees around the place, and MP-10’s Matrix is her favourite bauble. Through her eyes I am beginning to see why Powermaster Prime was such a massive success, as a character and as a toy. The play value has been huge and it’s basically hers now. The same applies to the minibots, an area of Transformers I only really ever get associated with because of the variant articles, not because of any real love I ever had for them. 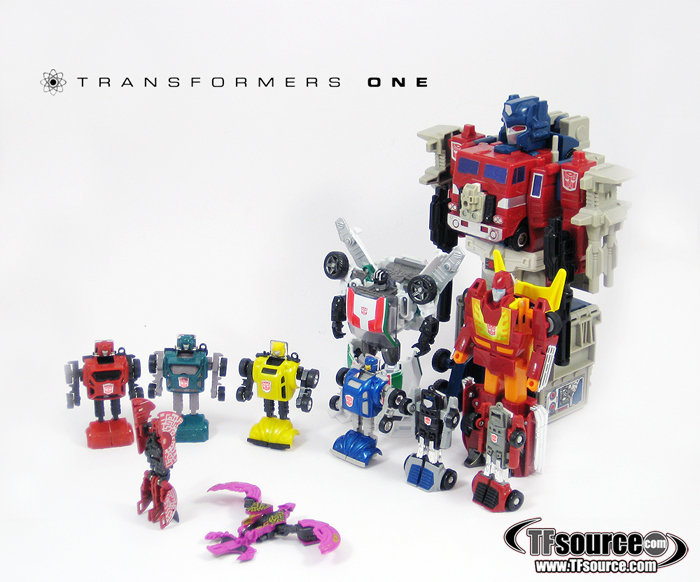 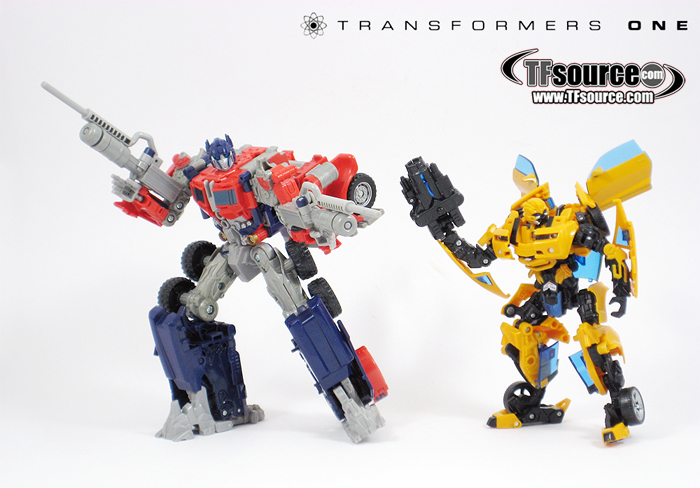 As a result of less buying, I am taking every opportunity to recall Transformers toys that were sent out into the wild for review, and for inspiration for new articles. It’s also a good way to look back at something that no longer qualifies as “new”. The Voyager Movie Prime and Camaro Concept Bumblebee 2-pack I bought my now-wife as a joke in 2007 were perfect examples, brought back from a recent trip to Iceland and re-evaluated against today’s standards. They also fall into the “I wonder if my daughter would like these” category. Prime yes, hell yes, Bumblebee too as a yellow car and as a “Bumblebee”. Now she really does have enough robits. 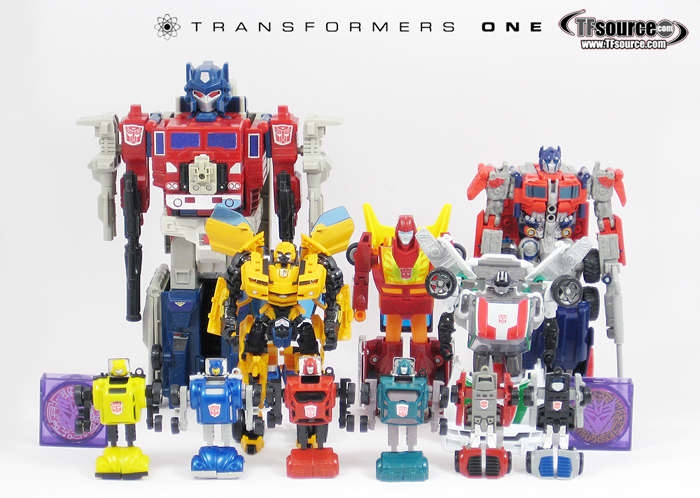 To finish, I’m going to repeat something I wrote in one of the shorter blog posts I made on the subject of my daughter’s Transformers nearly 3 months ago:

“I’ve not really been doing anything else to draw her attention to the toys or pushing Transformers on her. I’ve not been too precious about my own toys either, she’s handled Macross Valkyries, Masterpiece Optimus Prime, G1 stuff, 3rd Party toys etc. My wife even picked out the Autobot t-shirt her Build-A-Bear cuddly toy is sporting!

In a recent interview I did for BBC Local Radio, the presenter asked me about my hobby and whether I would be passing it all on to my children. While I’ll happily sell my collection items to fund anything for her future and hand her most toys she wants to explore, I stand by what I said to him in that if I can spare her the obsession of a possession-based hobby, I will!”.

While she has more Transformers at this stage than I envisaged her having 3 months ago, I still believe in the above statements. 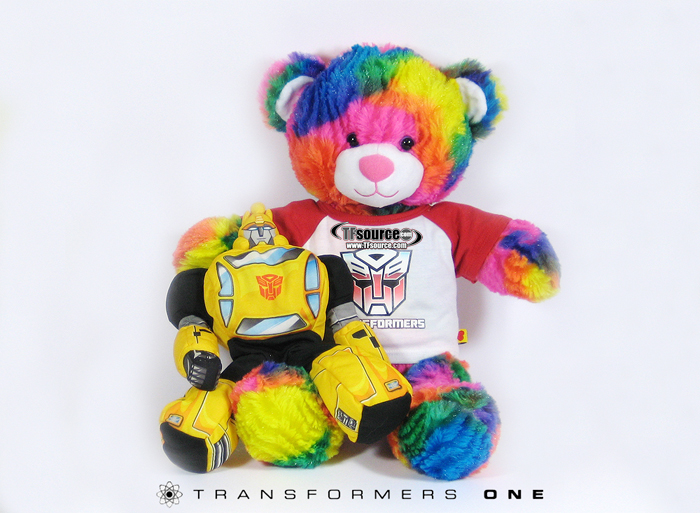 Cuddles are the right of all sentient beings