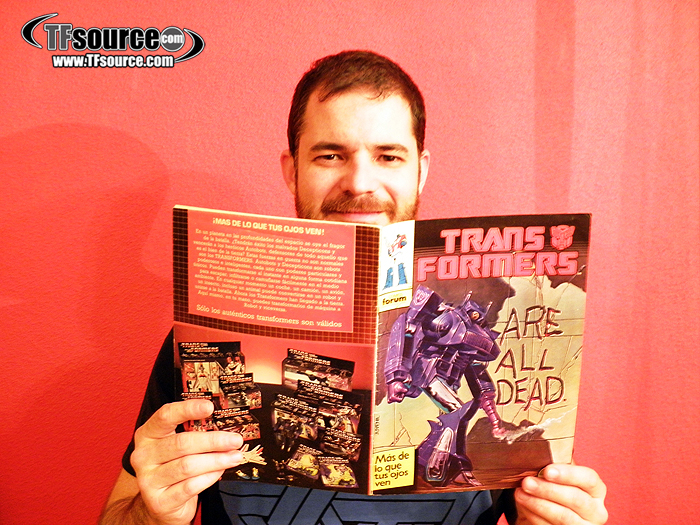 Transformers in Spain are NOT all dead!

When one thinks of high-end vintage Transformers and pre-Transformers collectors, you cannot blame a person for automatically assuming said collector is from either the UK, Italy, France, Scandinavia or the Netherlands. It certainly came as a surprise to me to find that Alberto Jimenez, a collector from Spain, had such a deep interest in G1 Transformers, pre-Transformers and vintage variants from Europe and Japan – not to mention a breathtaking collection. I had never associated Spain with having a major Transformers community, even though it is inextricably linked to G1 through gold boxed Classics, so here’s Alberto from Madrid to tell us about his life with Transformers, and he’s not holding back either… 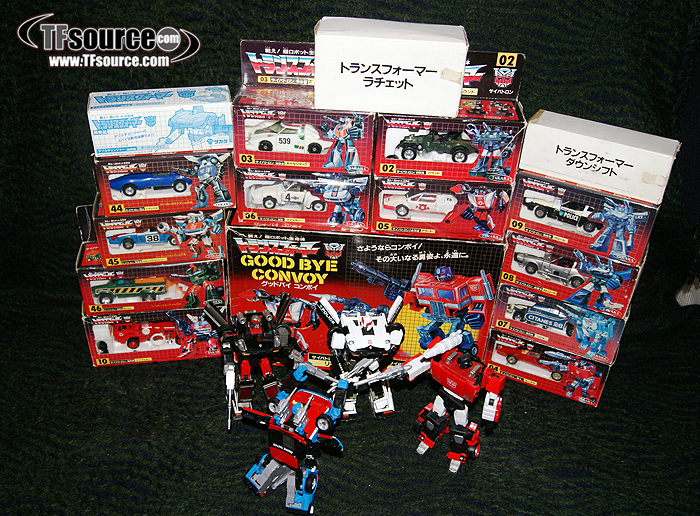 My name is Alberto Jimenez, born in 1979 in a small town near Madrid; I work as a biologist in the environmental industry. Besides this I am a political activist who somehow, often needs to hide from this social and political mess we are living in now.

In my collecting life I have only collected G1, no further than 1989 series (ugly Pretenders!!). No matter the grade nor condition of the toy itself, because a great part of my hobby is repairing the extremely used (and cheap) figures found anywhere.

Now I’m trying to complete my MIB Japanese G1 cars. Reasonably priced Italian Diaclones are always welcome too. Besides TF, I have many G.I. Joes (3 ¾) and I maintain my passion for LEGOLAND sets. 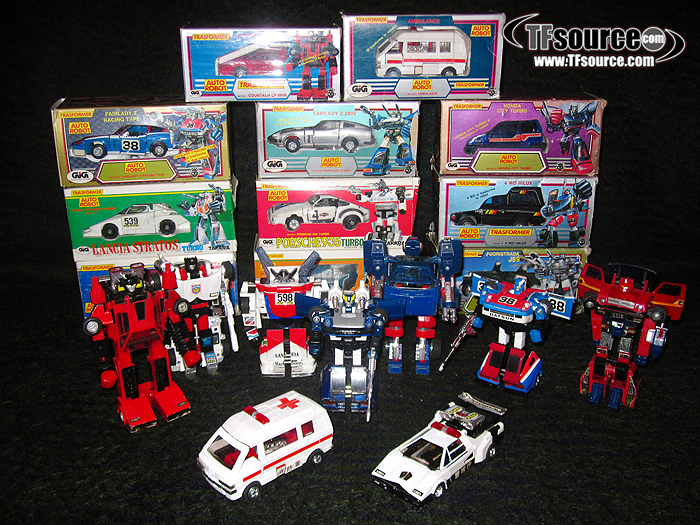 Just the odd “reasonably priced” one then, Alberto?

I got into Transformers toys relatively late, I heard scholars talks about those huge robots, but I was delighted buried in Lego and Tente pieces.  Later, when I discovered the Sunbow cartoons, I begun to draw Megatrons and Primes everywhere (notebooks, desks). All those years I lived in a whole bubble of ignorance, my brother and I wondered very often if bots & cons could actually exist as toys. Those days our collection was restricted to some late issues of Forum TF comics (we begun with number 57!!!). When we found an early nº 3 in an old retail store near my grandmother’s house we discovered some ‘85 Spanish toy releases. That same week we went to every local toy shop and began to acquire these wonderful robots wearing those golden boxes (So frustrating, where the hell were Mirage, Hound, Megatron, or Soundwave?). 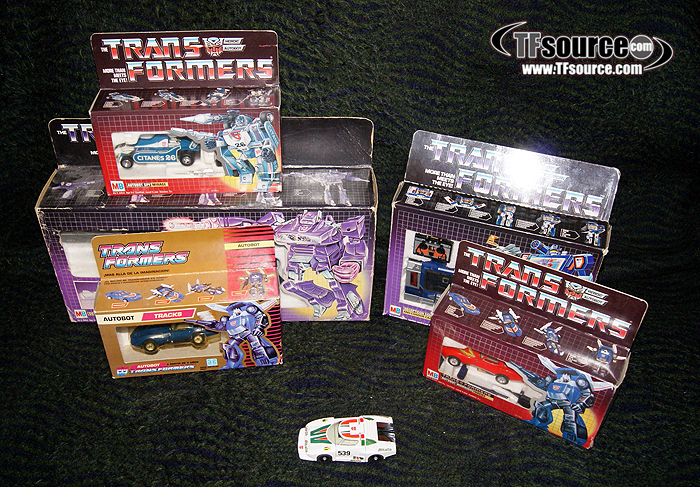 Here in Spain, collecting the G1 series has been tough for me, so eBay has been the key for many Spanish collectors including myself. Electronic payment services have supported us in that way too.

On the other hand, the price of vintage Transformers has increased beyond levels that most common collectors can afford, no comment about Diaclones. Even in Japan the prices have grown crazily, even the reissues. I still remember how a MIB G1 Sideswipe was sold for barely 5000 yen years ago in a well-known Japanese store. Now make it x5.

The launch of reissues has led us to hunt some pieces that were very expensive to get in MISB grade (Fort Max, for example) but I think it has not had the desired effect on the price of vintage stuff.

Briefly, these 10 years have been great for a few rich collectors and dealers, but much much worse for most of us. I don’t want to mention anything about AFA grading, it is something I will never understand. 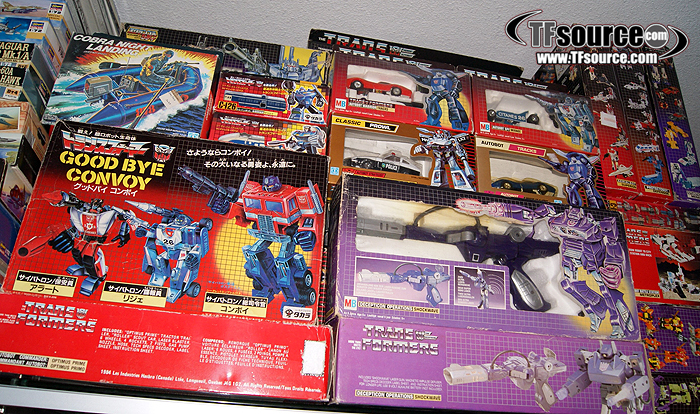 No AFA graded items here – but plenty of value

I suppose that G1 and Diaclone prices will continue rising if we do not stop paying such amounts. The recent eBay policy forcing buyers to pay customs taxes in advance, no matter the final price and country’s local policies, will not help at all.

It was 5 years ago, I paid nearly 150 USD for a MIB Shockwave on eBay. Waiting for the item in the mail, I visited a dealer’s garage to pick up some gold carded Classic G1 Aerialbots. Between hundreds of vintage metal toys & antiques, I found an “old style box” Shockwave which later I recall was the MB version. That Shockwave cost me 20 Euros, big deal, isn’t it?

I found a MISB G.I Joe Rolling Thunder as well but maybe you are not too interested in that. 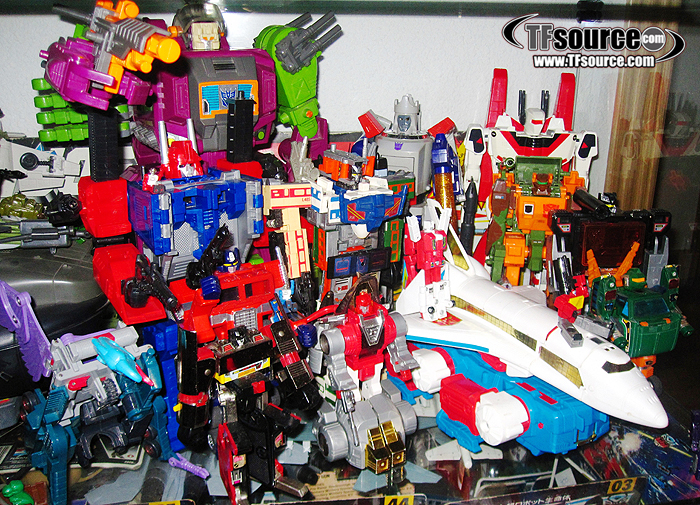 I eventually started reading forum threads and blogs online, so both stories of the fake Finnish Diaclone Black Tracks and the widow’s garage sale still astonished me but I have suffered one in my own flesh.

I would include this in Q4 but let me explain…In Osaka when I bought my E-Hobby Diaclone Ultra Magnus I was “gifted” (literally) with a loose Diaclone Blue Bluestreak which I don’t want to know if it is an Old Japanese Master’s customization or an original. Is it outrageous enough? I don’t mind, I still live in happiness regarding this. 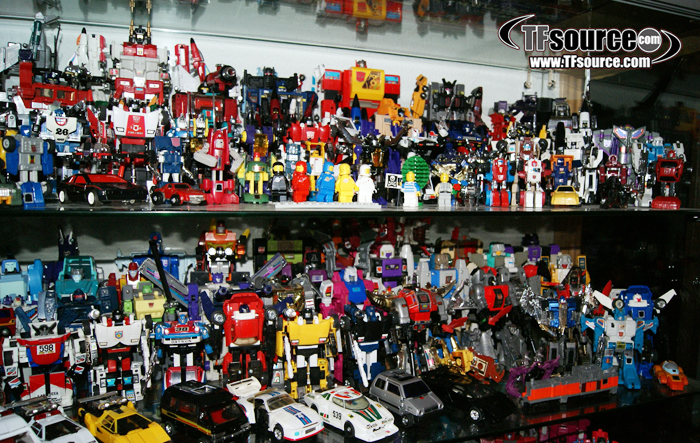 Who cares if that Blue Bluestreak is real with a display like THIS?!

No doubt, my gold Classic MIB Tracks because it was my girlfriend’s present to me (I will do my best to retain her, definitely). Hidden in that box I should include my first G1 car ever, Wheeljack. 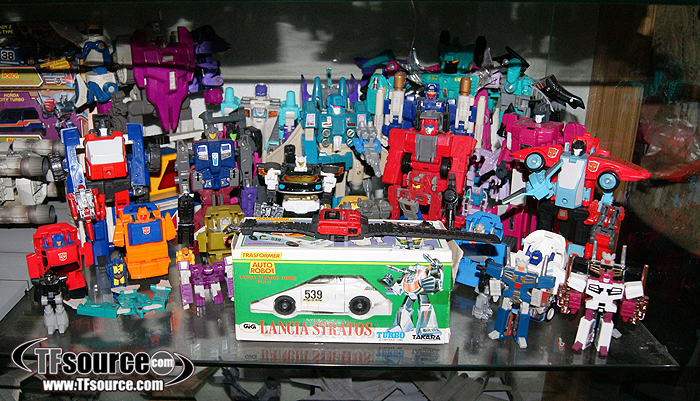 Nostalgia has much to answer for

One of Maz’s Black Tracks!!…in order to customize it with Kimi Raikonnen’s logo. Seriously, in my opinion, Black Tracks is the most awesome Transformers figure ever created. Now, I would accept even one of those madly-priced lucky draw versions.

– Well you got one of them, now! And I’m sure you meant Fernando Alonso! – Maz 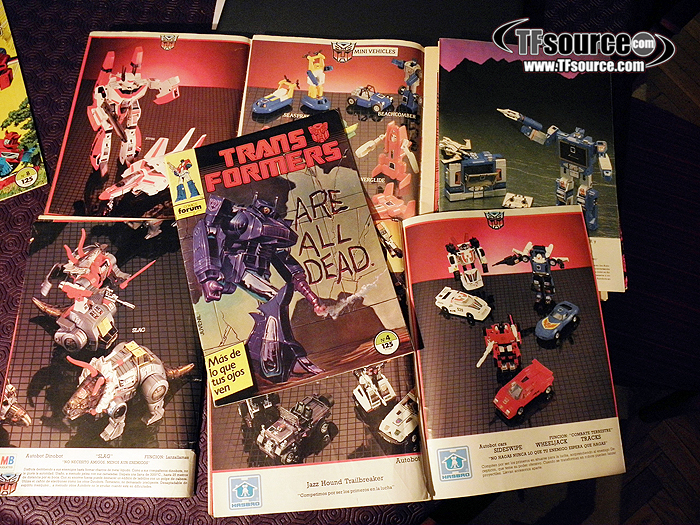 Some of this paperwork is rarer than his variant toys 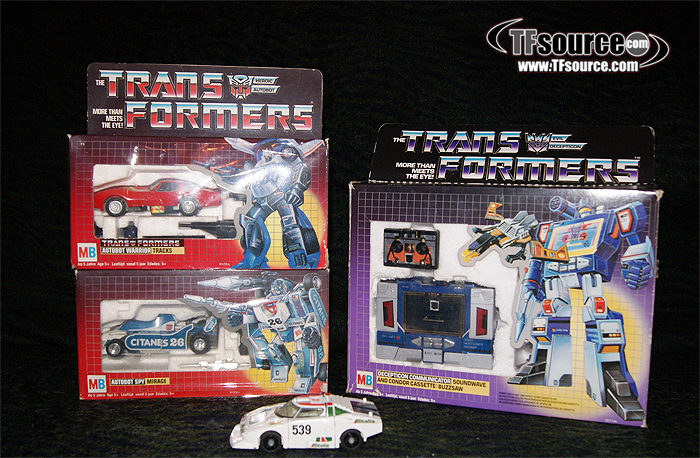 If your life plans do not include being rich….be patient, enjoy every figure you get as if it were the last one. If you live with someone, reduced space is a MUST and the First Rule of All. 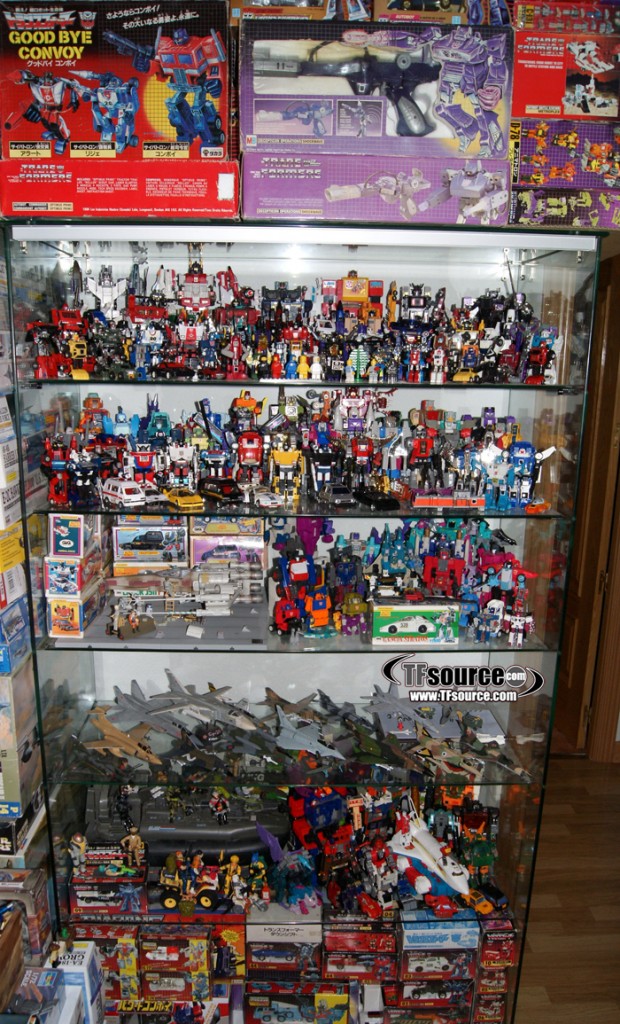 Many kind and gracious thanks to Alberto Jimenez for words and images.