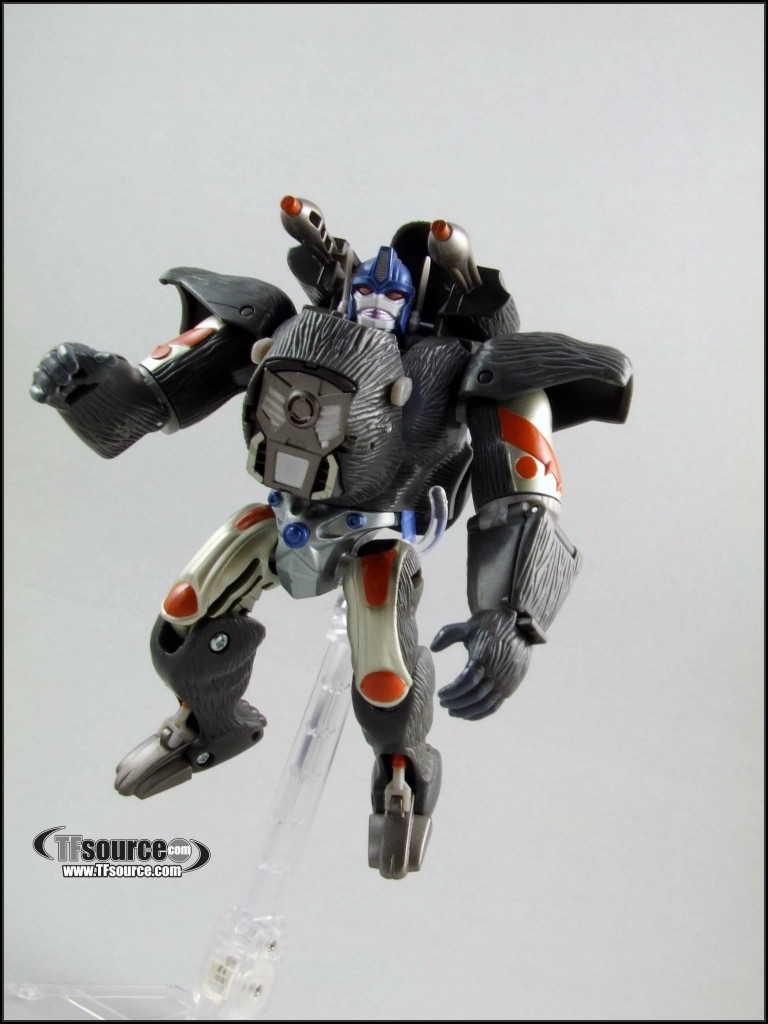 I believe it’s almost a guaranteed thought for collectors to associate “holy grails” being figures from Diaclone, AFA graded Generation 1 pieces, or the expensive Japanese figures such as Overlord, among many other examples. Rightfully so, these figures are extremely special. Most collectors can simply not afford such grails or do not have the connections to find the truly rare ones. Is there such a thing then as an “obtainable holy grail” for the everyday Transformers collector?

If you’re reading this article I am certain you’ve come across the many phenomenal and inspiring articles by TFsource’s main event writer, Maz. He single handily teaches the Transformers Fandom so much about the very corners of our hobby: the unknown, the super rare, and much more. The gentleman has a gift for storytelling. Many articles touch upon what we would consider holy grail figures, the stuff I could only dream of even seeing in person! Inspired by his articles, I want to write about holy grail figures too, but on the everyday collector’s level. 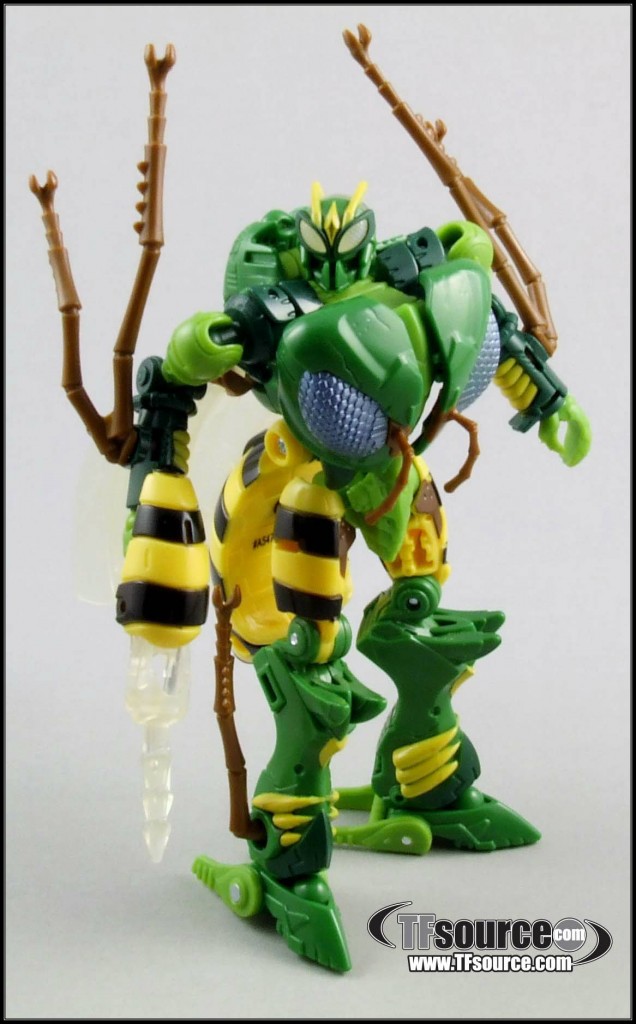 The most recent grail figure added to the collection. Rejoice Beast Wars fans.

“Everyday collector” is a broad term, isn’t it? Think of it this way: the everyday collector would be totally content shopping for Transformers at retail, saving up for the newest Masterpiece figure, or maybe purchasing a few figures when extra funds become available. The everyday collector watches from a distance when topics such as Diaclone and AFA graded G1 pieces are discussed or are for sale. We enjoy and envy the absolute heck out of them, but it feels like they are out of reach. Rare Diaclone, Japanese G1, and unknown variants may be out of our collecting grasp, yet everyone still has their own holy grail figure that other collectors wouldn’t even take a second look at. 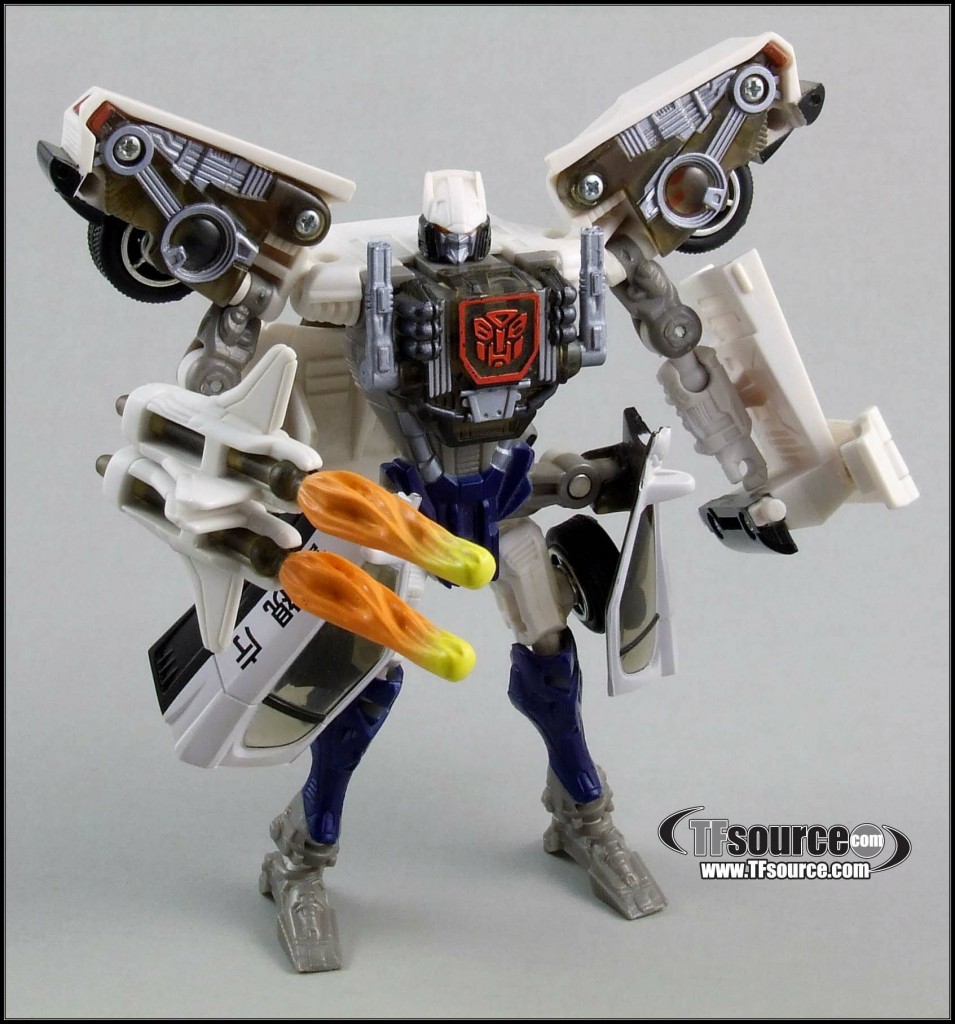 The first non-beast Transformer I can remember buying on my own. Grail status.

I asked several Transformers collectors that I talk with everyday, what is your holy grail figure? What is the most prized figure in your collection that others wouldn’t understand why it was so special to you, yet it’d be the very first toy you’d grab if your house was on fire. The answers were extremely fun to hear.

Of course I need to share my obtainable holy grail figure with you as well, being it also sparked my interest in writing this series. I remember as a kid having and playing with one Transformer above all others: the Generation 2 Optimus Prime. The re-decoed Optimus Prime came with a black trailer and an awesome voice box with fire blast sounds and voices (and by awesome I mean horrible sounding – it wasn’t Peter Cullen). 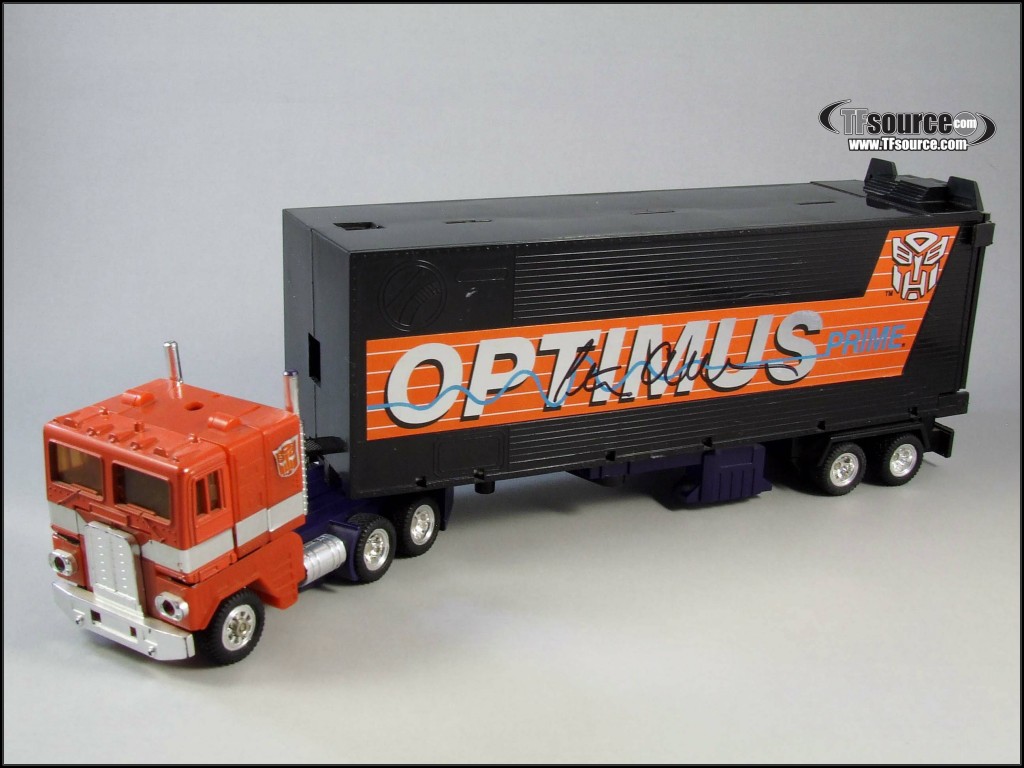 Such a thing of beauty. MP-10 sized black trailer, please?

Today I have two G2 Optimus Primes, none of which are from my childhood unfortunately. I purchased one MISB, which now has been opened to remove the batteries from the voicebox, and a second one loose that I fiddle with from time to time. 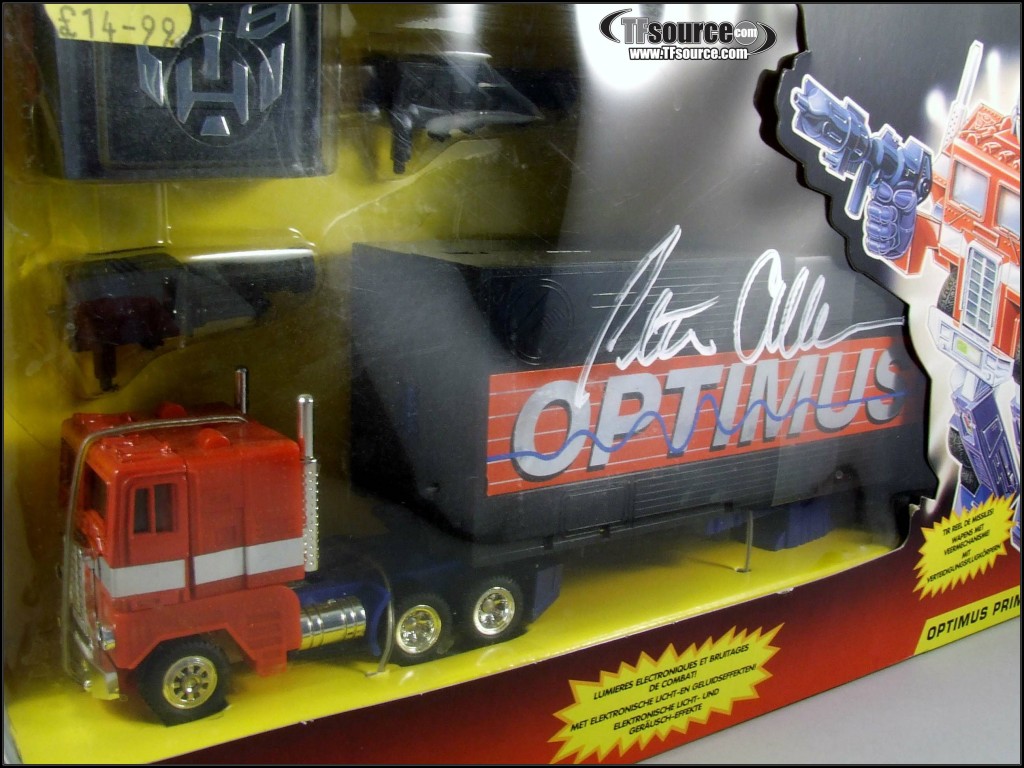 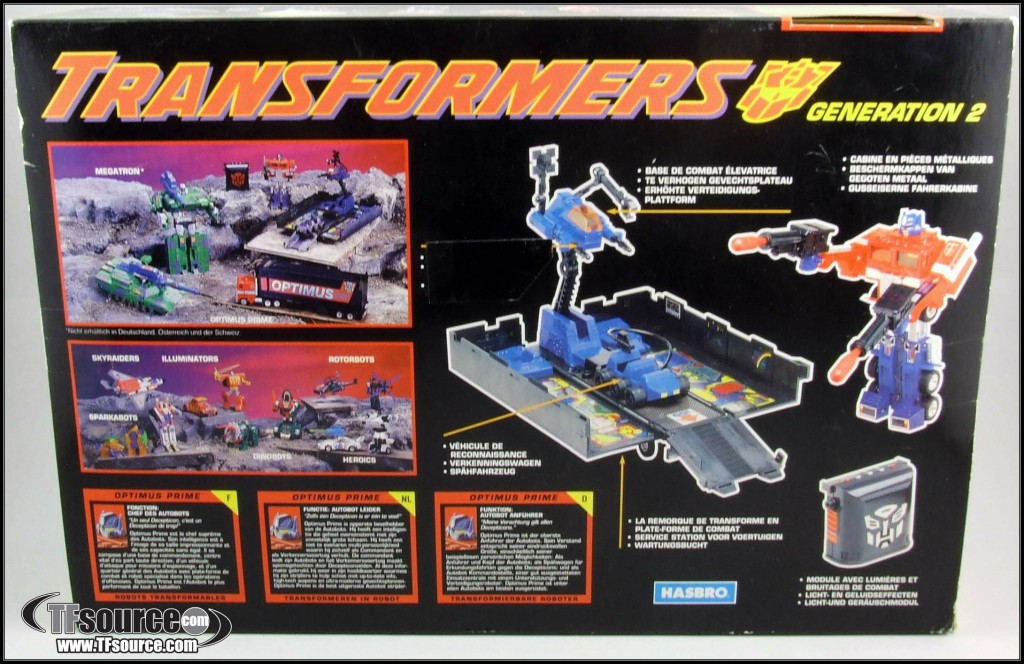 The G2 Optimus Prime figure brings me back to my childhood. He was one of the first Transformers I remember playing with and to this day still a figure I hold high acclaim for. I also have one of the coolest memories ever associated with that black trailer – it was at BotCon 2010 when I had the chance to meet Peter Cullen for a second time. I handed him the black trailer to autograph, he looked up at me with a puzzled look: “I don’t remember Optimus Prime ever getting his trailer painted black?” Thank you Mr. Cullen, and thank you Generation 2! 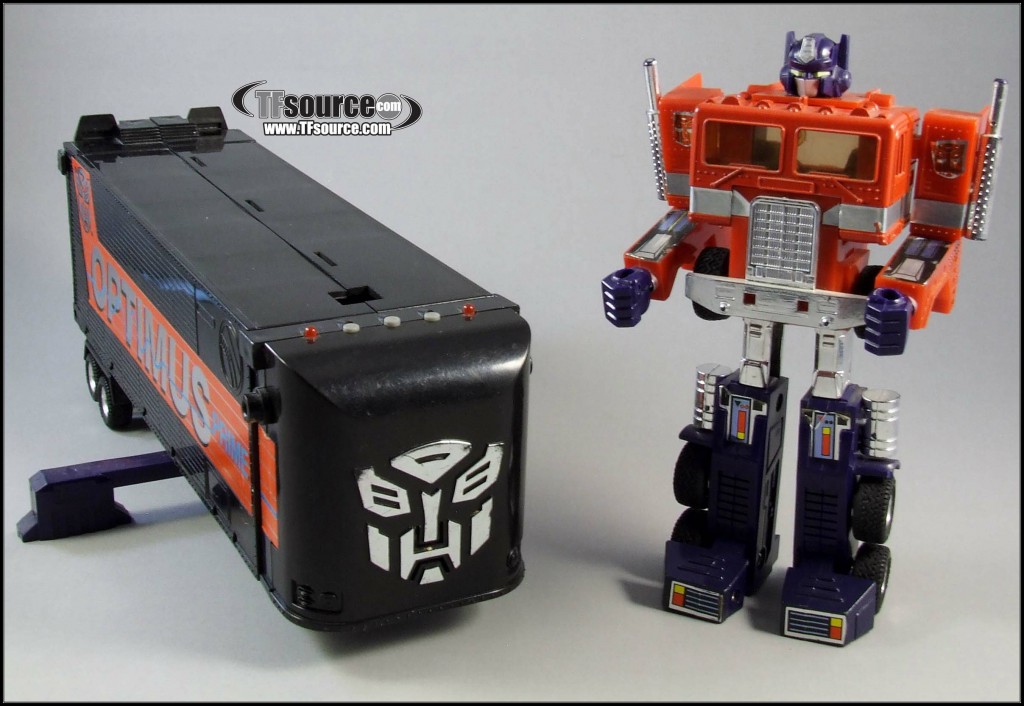 That voicebox fits just right … but it still sounds horrible.

The Generation 2 Optimus Prime will always be a holy grail for me. I’m delighted to now share with you some other holy grail stories from my circle of collecting friends. In part 1 we’ll be reading about Jose’s and Nick’s obtainable holy grails.

For the longest time my “obtainable holy grails” were the Season 1 cast members of Beast Wars. I got into that show after Season 1 ended. I do remember going to a local Wal-Mart with my dad and brother before I knew of the show, finding the Beast Wars toys and thinking they were rad.  We picked up Ratrap and Razorbeast; they were the rock bubble versions. 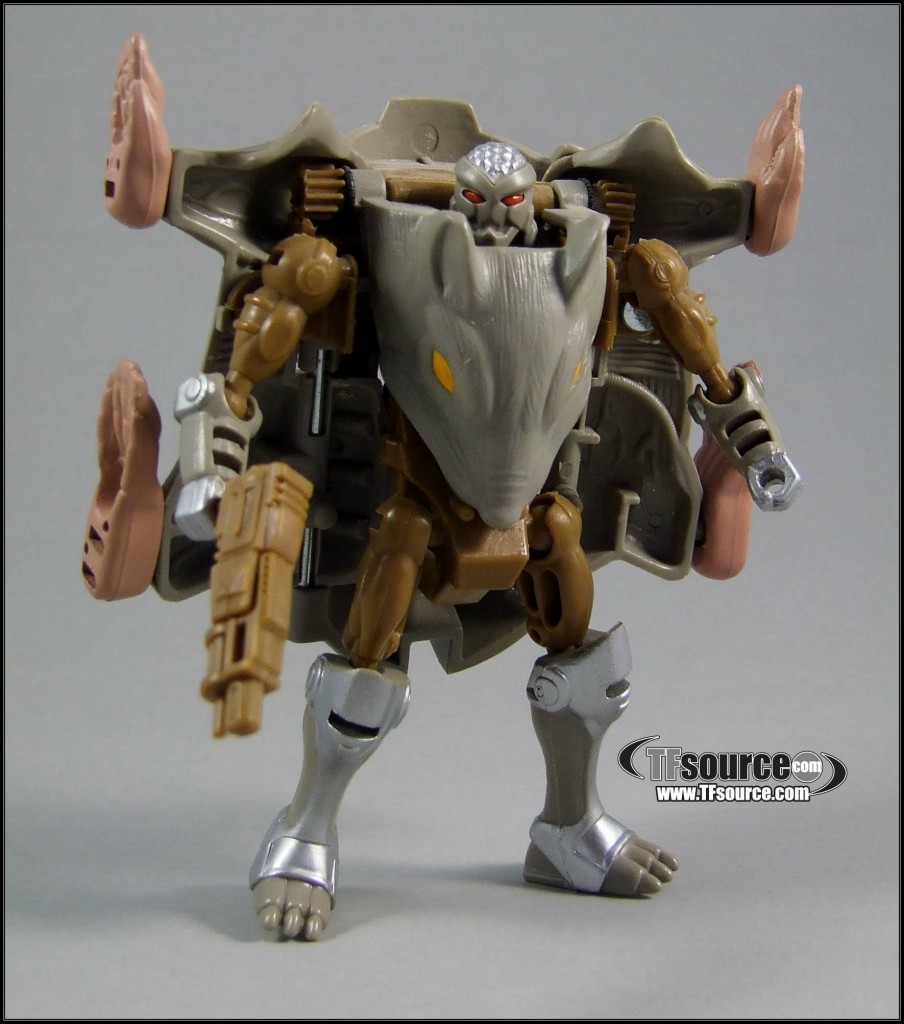 Rattrap – will collectors hold his upcoming Generations figure as a grail as well? 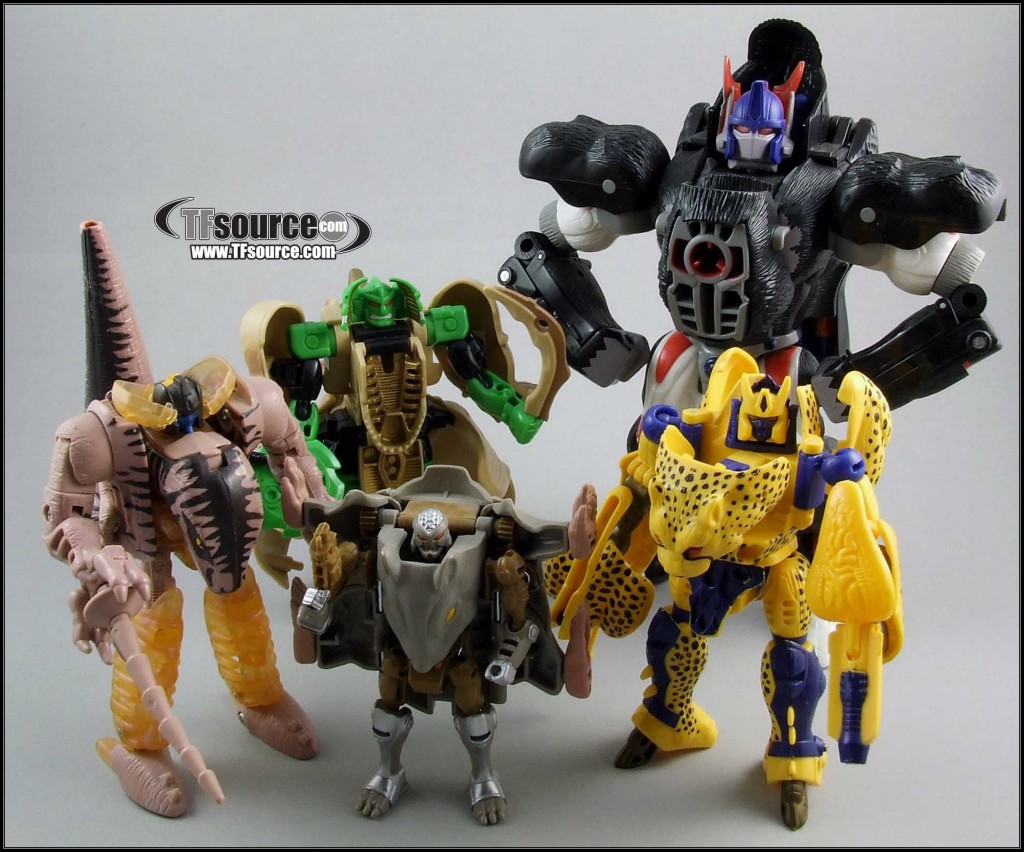 Awhile after that I discovered the TV series and my mind was blown! At this point Season 2 toys were coming out and all you could find on the shelves for Season 1 was shelf warmers like Drill Bit and Transquito. I started collecting Season 2 figures and hitting up all the KB Toys I could so I could try to find any Season 1 figures. Being able to finally drive myself to stores was a huge help! I got some, but none were the Season 1 cast members. Around this time I discovered the internet and started finding out about G1. Then eBay came into my life! And the hunt for G1 was on. 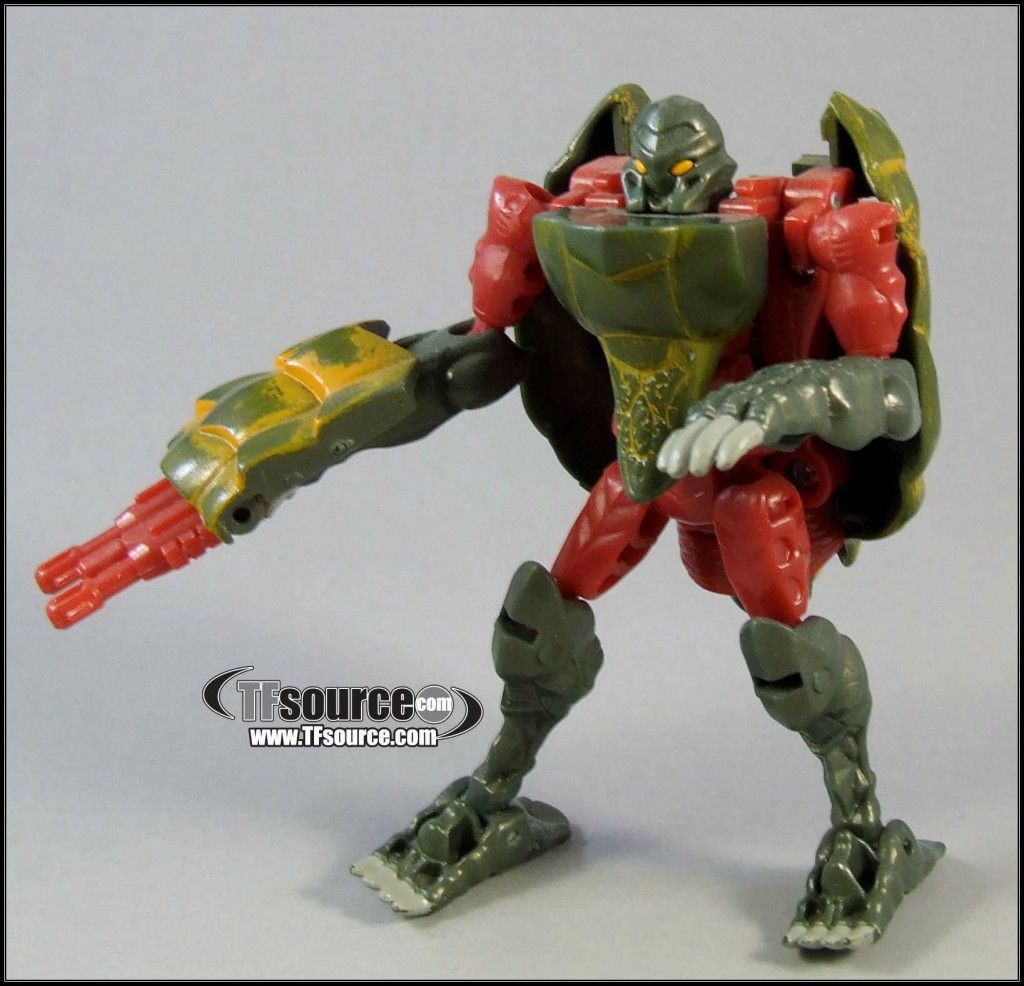 Snapper, one of my first figures ever purchased at KB Toys – another shelf warmer.

Searching for the Beast Wars Season 1 cast never even hit me until a few years ago. I had been so wrapped up in collecting G1 I had neglected the cast from the show that got me back into Transformers.  For the longest time, Ratrap stood alone. So 2 years ago I started collecting my Beast Wars “obtainable grails.” Scorponok, being the the hardest one to find complete, was the last Beast Wars Season 1 cast grail. My current “obtainable grail” is the Transmetal 2 Blackarachnia. Never saw one on the shelf so long ago. 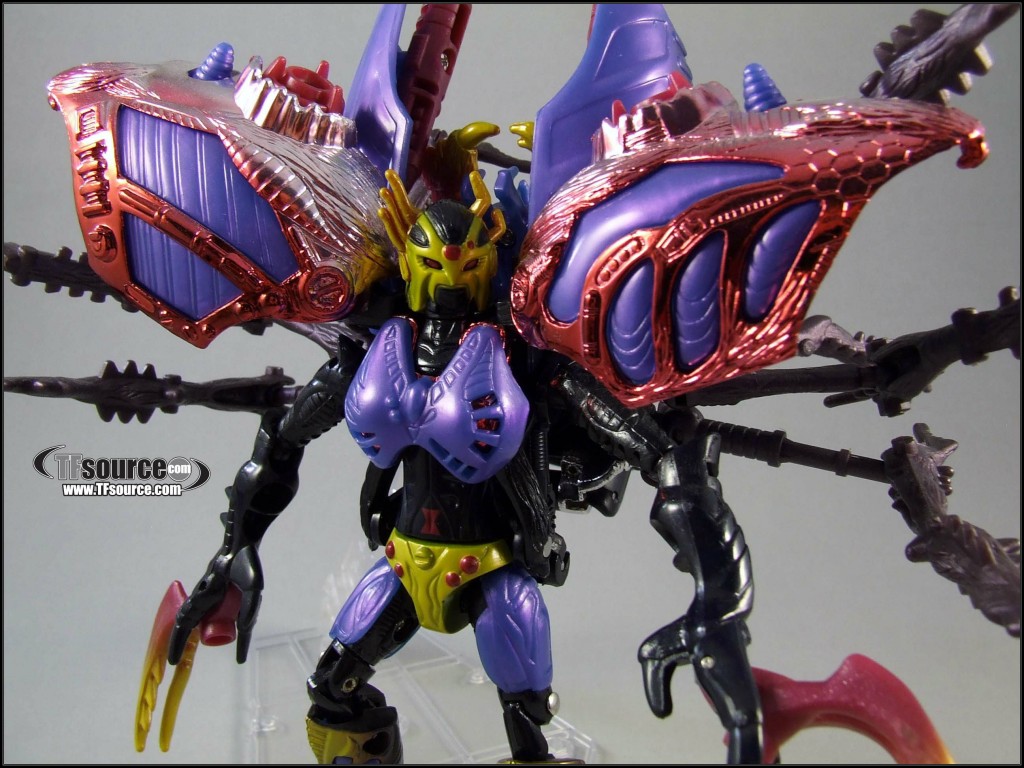 Blackarachnia remains a hard to find figure, but obtainable as well. 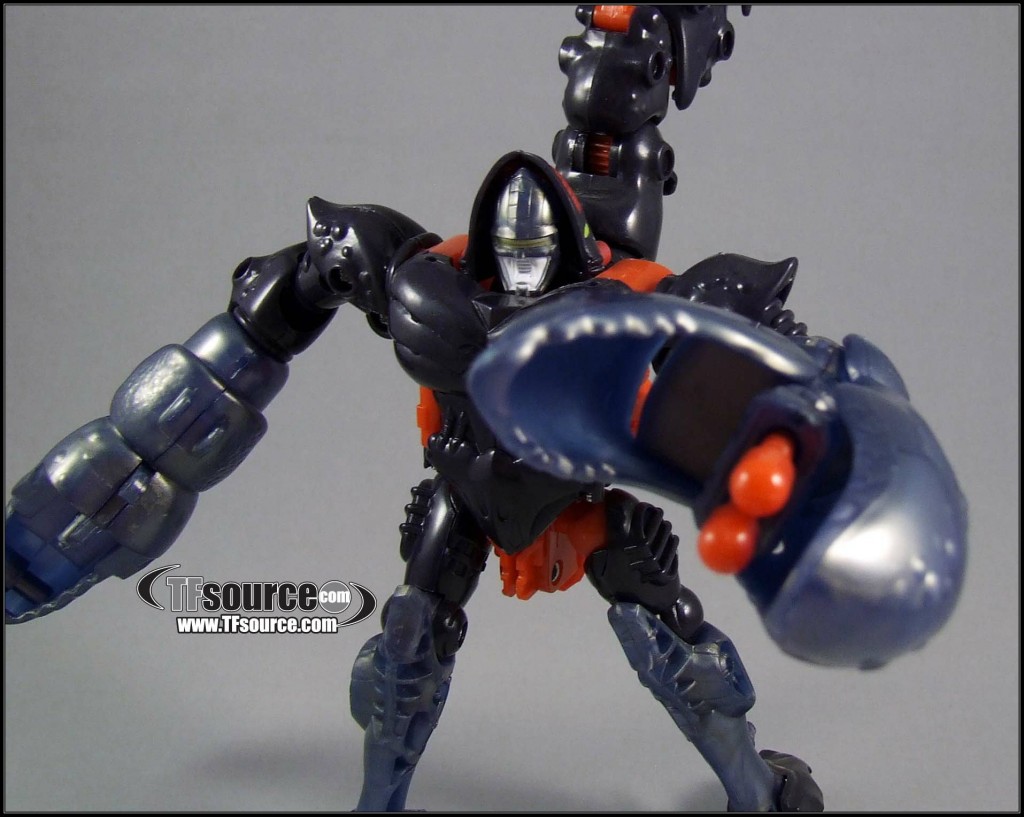 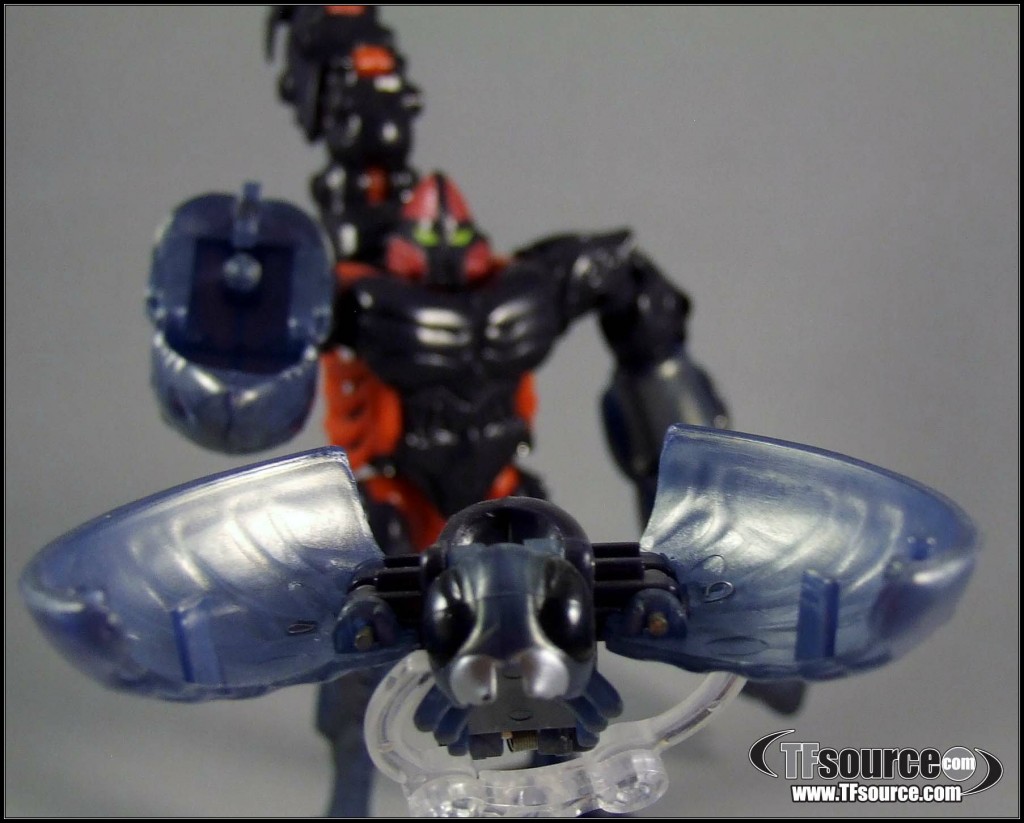 Easily one of the most fun Beast Wars toys from season 1.

When I got back into collecting Transformers a few years ago, I was immediately drawn to Masterpiece Grimlock. My first Transformer was the G2 Grimlock toy and getting the updated Masterpiece version was a very cool, nostalgic experience. 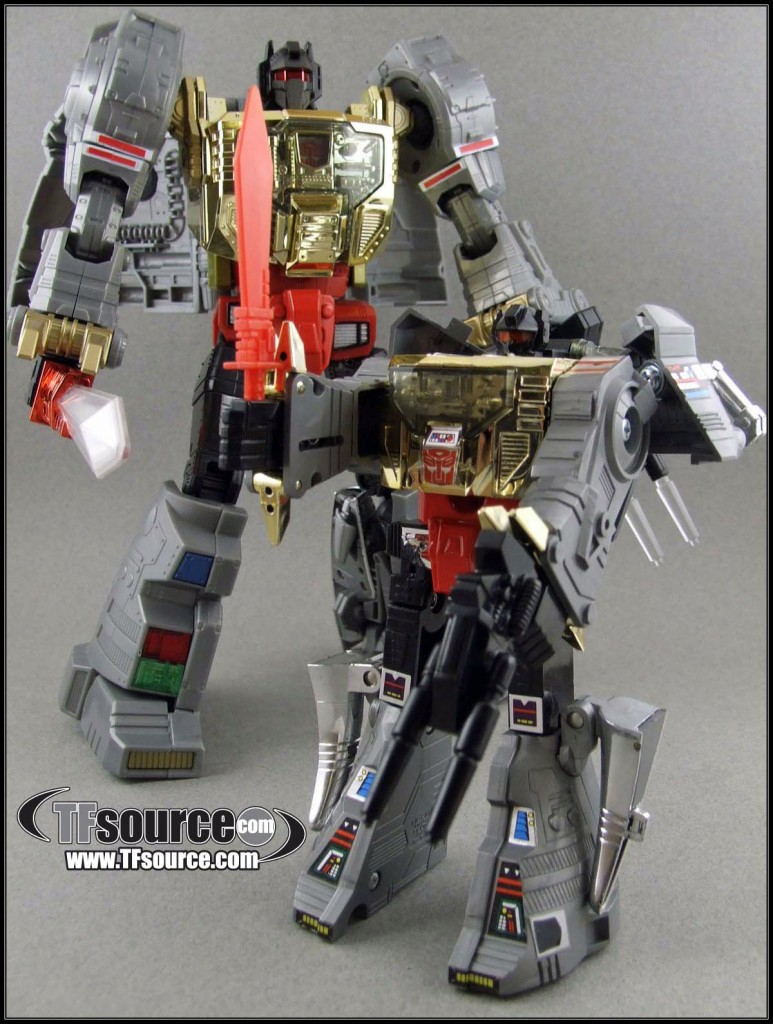 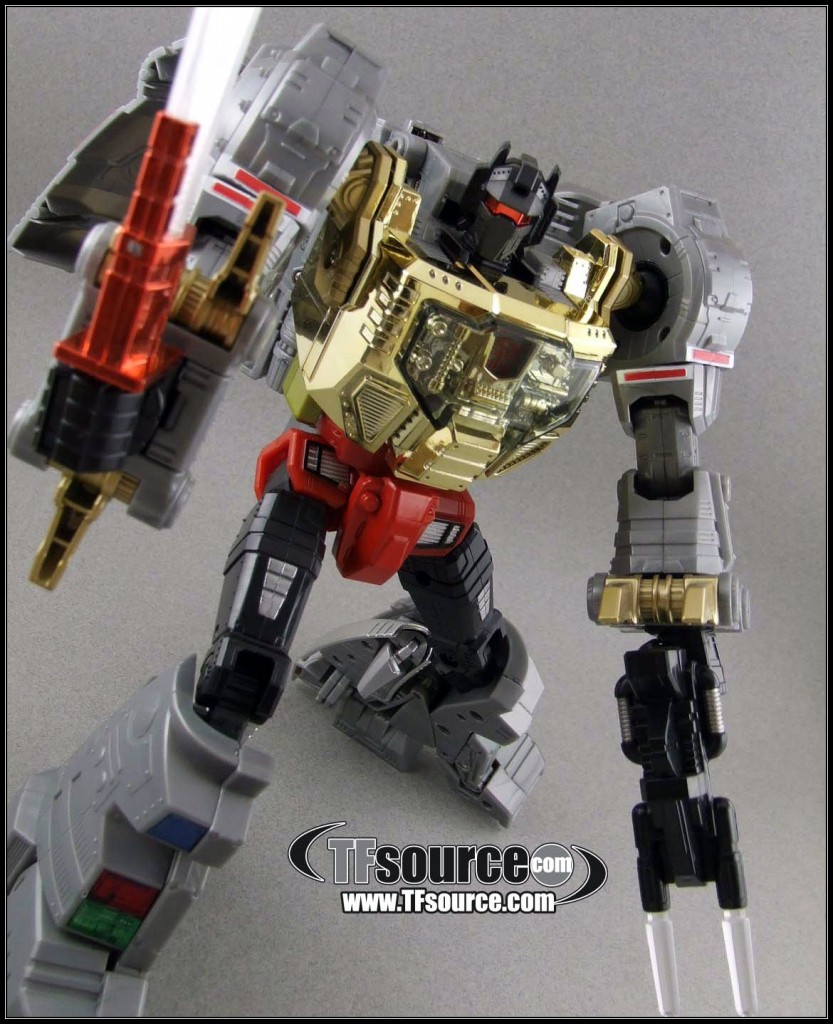 It had everything that I remember about my old figure, but incredibly pose-able … and much more awesome! Both the Hasbro and Takara version of the figure are spectacular, each having some different accessories. He can be pricey (especially now, at least until the most recent reissue hits), but if you watch auctions enough you can get him for what reasonably priced, used MP figures go for.  I picked mine up for $90 after patiently watching for 2 months and finding it at the right time. 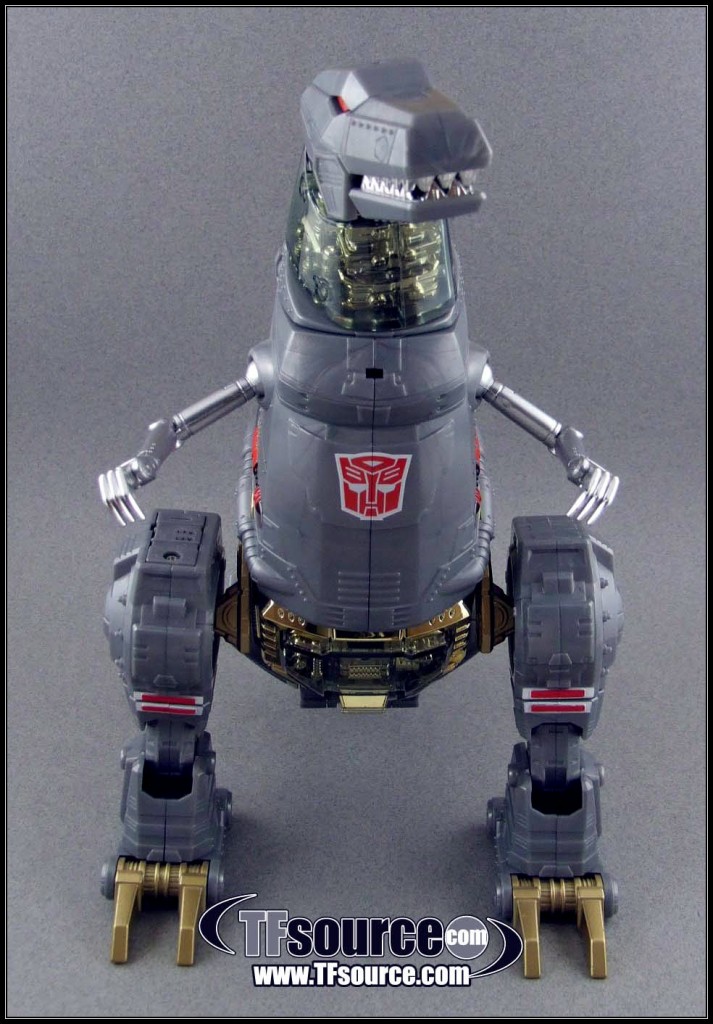 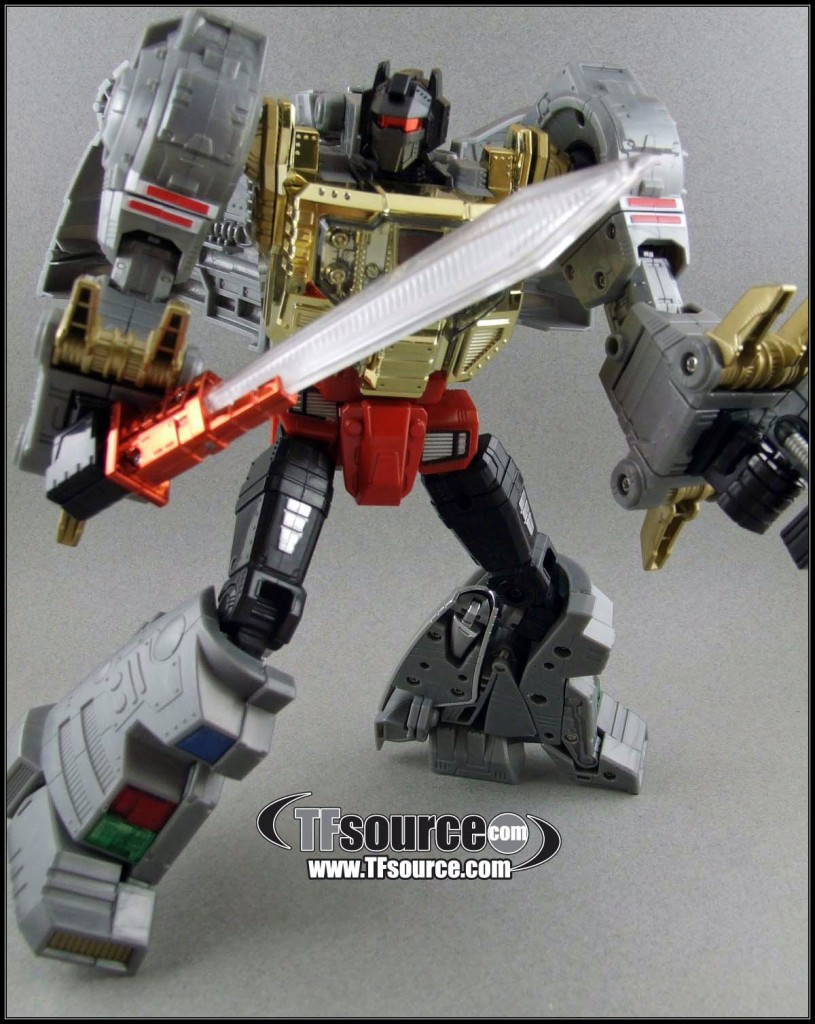 ME GRIMLOCK KING … and an obtainable holy grail.

Very special thanks to both Jose and Nick for their contributions to this TFsource Blog series: Obtainable Holy Grails. Part 1. Give these guys a follow on Twitter!

Next week we’re going to continue hearing about the obtainable holy grail and take another look at more collector’s grails and their stories of their prized figures in Part 2!

Thanks for reading all!