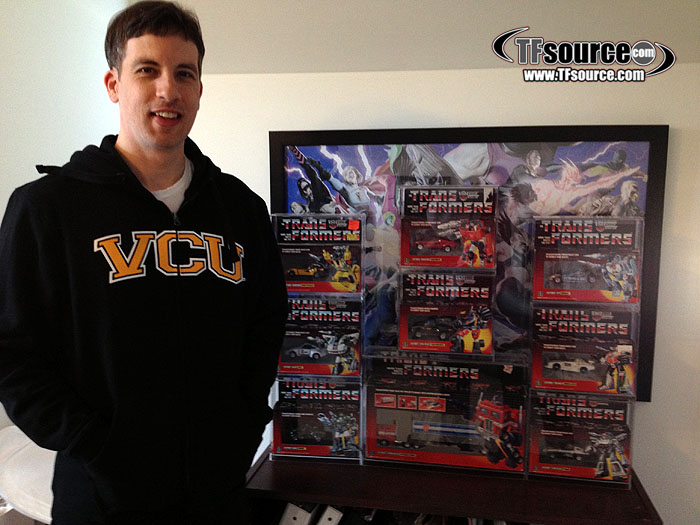 If all collections and collectors were the same, this section of the Source Blog would be completely redundant, as would the mass of collection showcase threads across all the online Transformers community forums. We have featured collections that are very niche, hyper-rare and highly specific to obscure sub-lines of Transformers and pre-Transformers, but Kevin Hopson’s collection is as pure and classic as one can get – Series 1 and 2 G1 Hasbro Transformers from the US. However many times I have seen US G1 collections, the simplicity and quality of Kevin’s collection is such that no matter what I may have owned in over a decade of this hobby, I look at his display and wish it was my own. 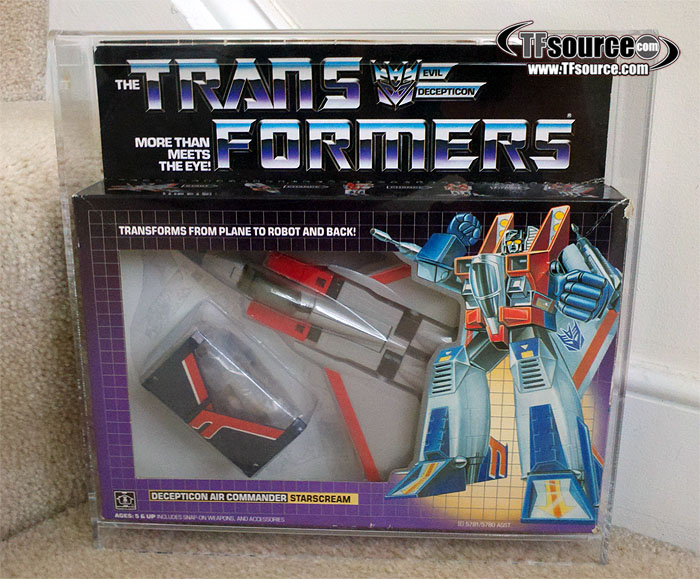 The figure that started it all 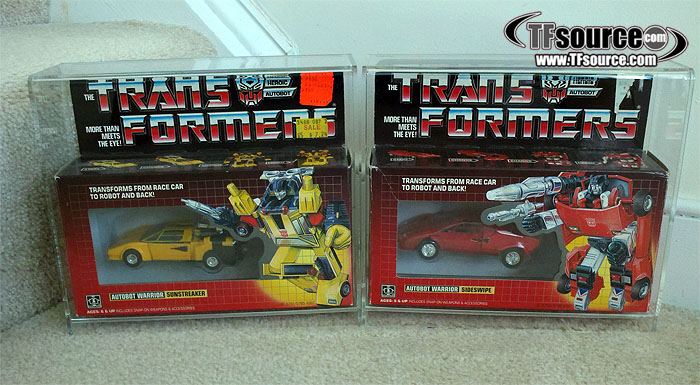 My name is Kevin Hopson and I live in Virginia with my wife and two-year old son. When I got into collecting years ago, my focus was on MISB items such as reissues, CHUG, and Masterpiece figures. However, I noticed over time that my focus continued to change and my interest even waned. I couldn’t figure out why this was the case, but I continuously sold stuff to buy into new lines or the next hot thing. It wasn’t until earlier this year that I determined what was missing in my collection – nostalgia. While most of the toys I bought over the years acted as admirable representations of the original characters I grew up with during the 80’s, I didn’t have a significant attachment to them. Sealed boxes with no windows and modern-day packaging just didn’t do it for me. What I needed was the vintage stuff, and not just loose figures. In my opinion, the original 80’s packaging has never been matched. As a result, I realized I had to go the MIB route. Starscream was the first piece I purchased, and I’ve built my G1 boxed collection to about two dozen or so figures now. I even display them in acrylic cases. I have never been happier with my collection, which tells me I have finally found my niche.

I think people my age (who were young kids in the mid-80’s when Transformers debuted) have been a big part of the vintage market in the last decade, and this interest has only grown over the years. We also have the next generation of Transformers collectors who grew up on Beast Wars and other incarnations/extensions of the franchise, so the collection scene is constantly changing. Technology has obviously played a role in this, too. With all of the resources available to collectors today and the ability to find an item with a click of the mouse, hunting down pieces has never been easier. 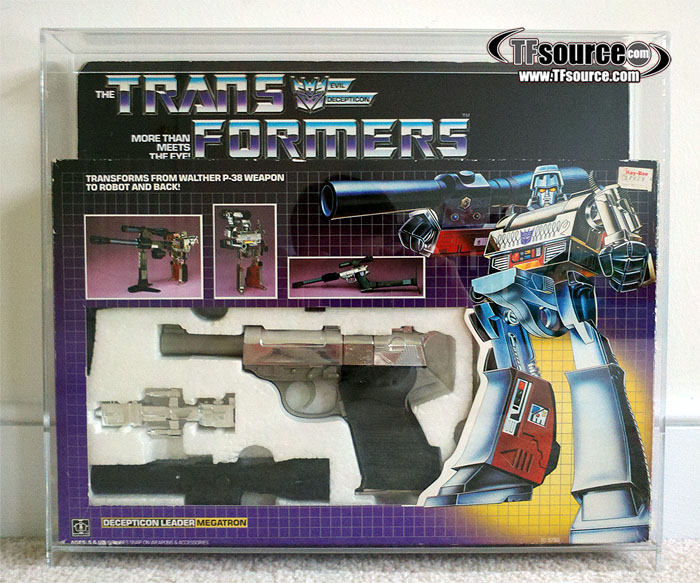 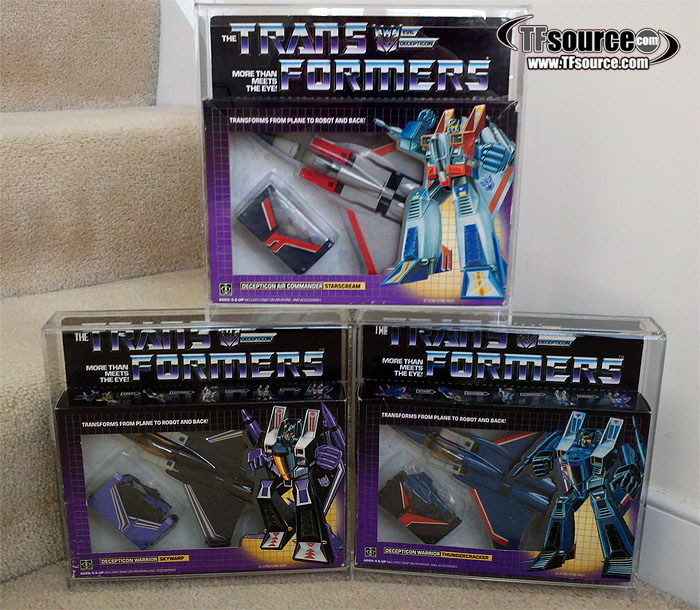 A display I dream of myself

I’d like to think people such as myself will still be around collecting Transformers. However, it might be a case where the older generation (reaching middle age at this point) begins to fizzle out and the next generation of collectors starts to emerge. Regardless, it always amazes me how some of the younger collectors who never experienced the original 80’s toys and/or cartoon as a child have ultimately gotten into the vintage stuff.  It gives me faith that future generations will continue to carry the flame that was lit nearly 30 years ago.

I think my greatest find was a person. I met a wonderful vintage collector several months ago who has provided me with some of my core collection pieces, including a pre-rub Megatron, pre-rub Optimus Prime (early Diaclone version with bloated accessories and gray roller), and pre-rub Prowl (early Diaclone version). They helped me get my collection going and have delivered on some hard-to-find pieces. 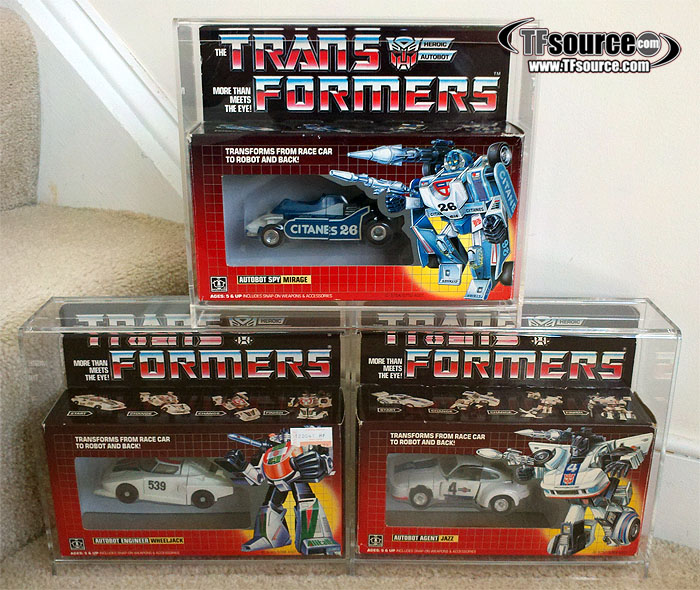 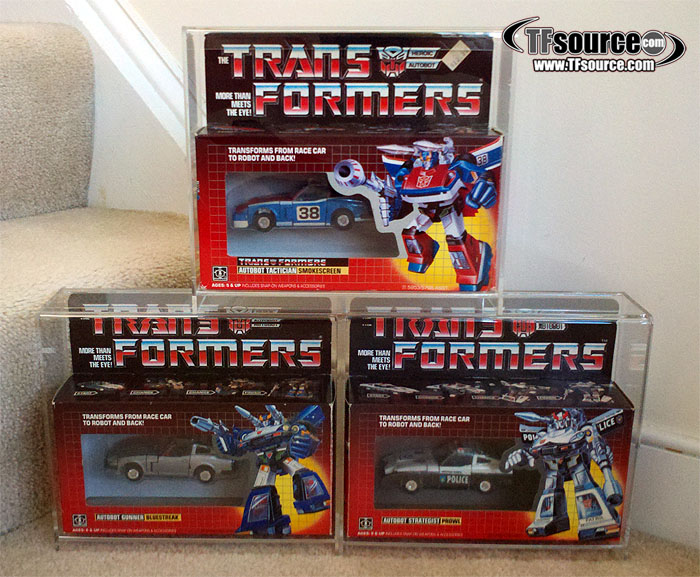 I don’t have a specific story, but I know several instances where people have come across vintage MIB/MISB items at garage sales, flea markets, Goodwill stores, estate sales, etc., and bought them for cents on the dollar (relative to how much they’re actually worth). I’ve never been so lucky, but it just goes to show you can still find amazing deals today. 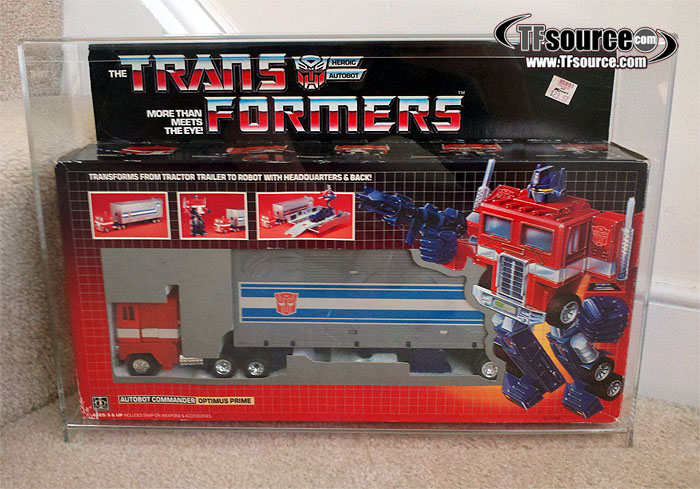 It would have to be my pre-rub Optimus Prime with bloated accessories and gray roller (early Diaclone version). Prime is your quintessential good guy and leader, so I don’t know how anyone can have a collection without him.

It would probably be a vintage MIB/MISB Jetfire. It’s one of the few Season One cartoon figures I don’t own, so I’m still looking to acquire it. I absolutely love the character. 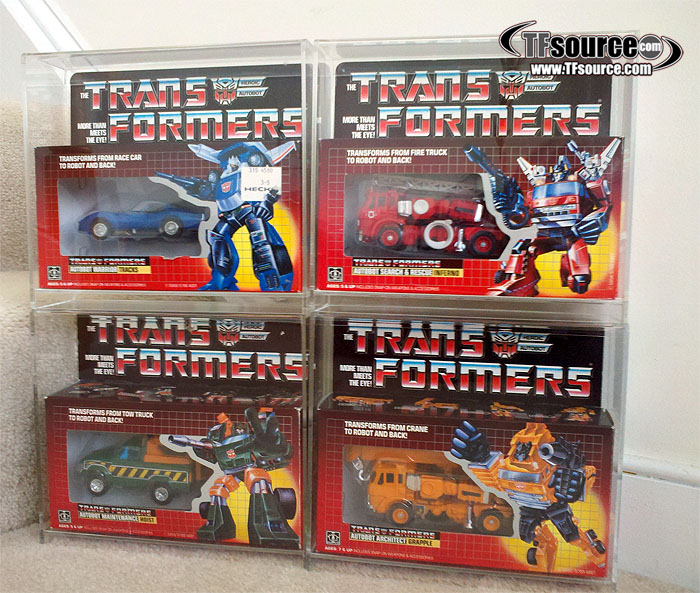 I love price stickers on vintage G1, but that one... 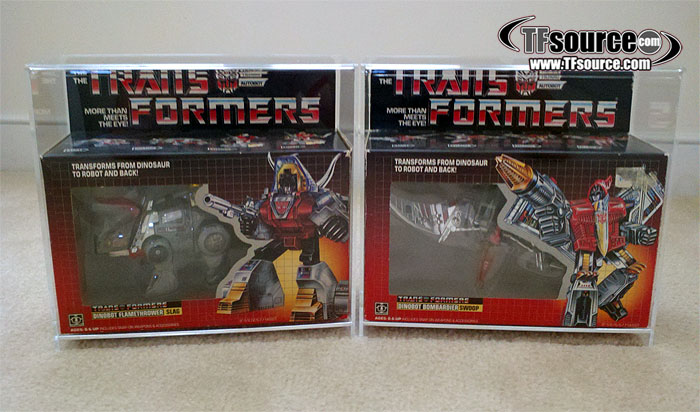 Definitely have a focus and find your niche. I’ve known too many people who got burnt out, including myself at one point, by not having the proper focus and acquiring items just to have them. Figure out what makes you the happiest (collection items you can’t live without), and you will learn to appreciate them the most. 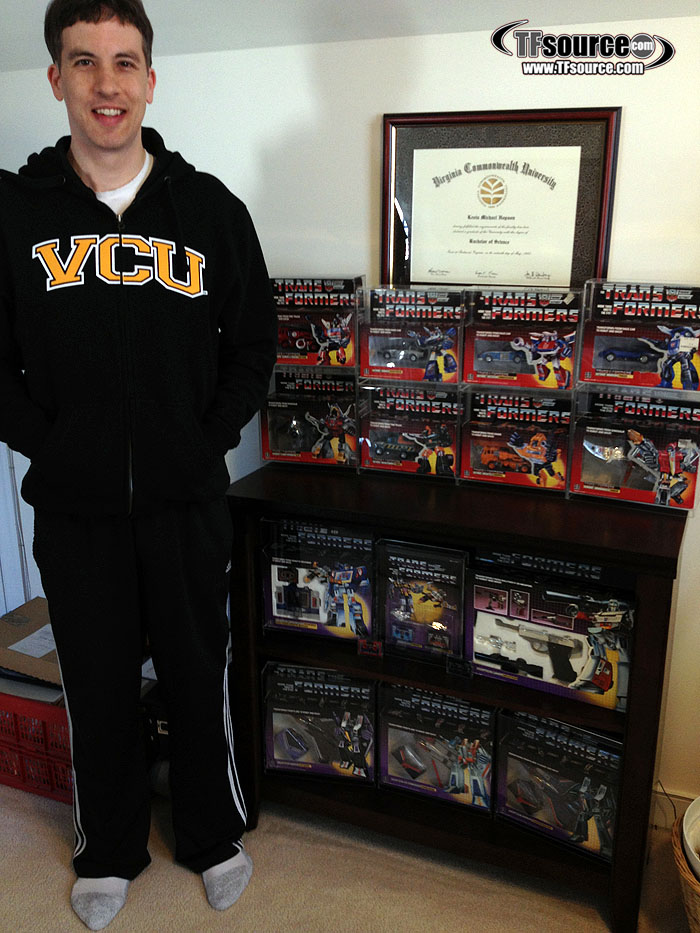 Plenty to be proud of

Many kind and gracious thanks to Kevin Hopson for words and photos.