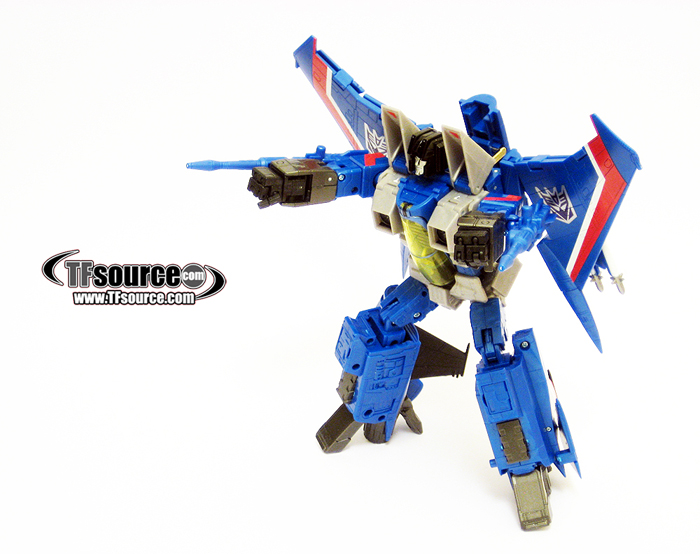 There’s no theme this week beyond simply “Transformers”. That’s pretty much all that ties the subjects of this article together; a smattering of new stuff, really old stuff and whatever lies in-between that I found while digging through boxes, old photo albums and folders. So it’s officially a filler week before the themed articles start up again (read MP-11 Starscream / MMC Fortis / MP-19 Smokescreen arrive), but I hope there will still be enough here to keep you interested. 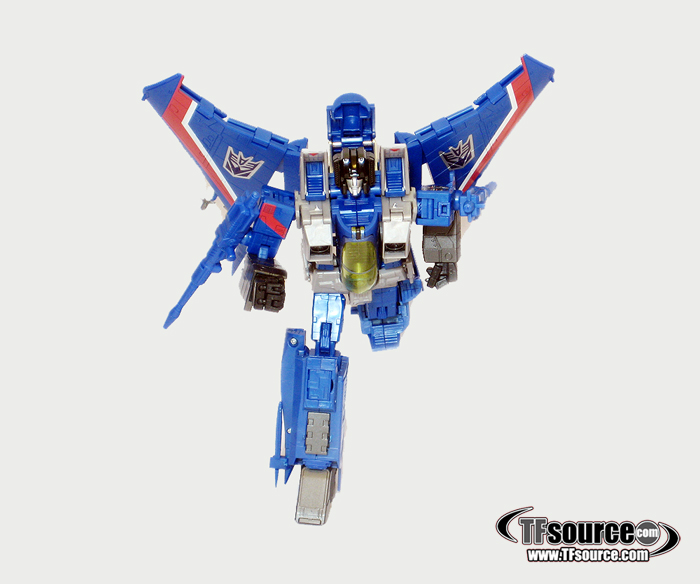 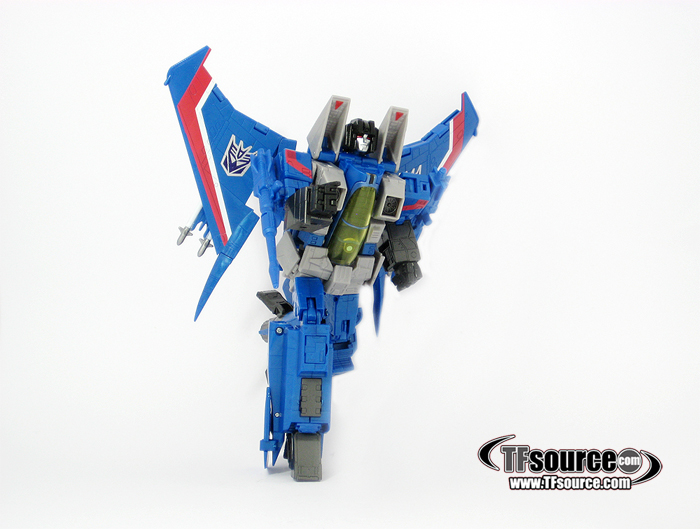 One day I'll fly away

Well, that’s a lie actually, there is a very weak theme running through this week’s subjects, that of the peripheral activities and interactions between Transformers and other media/events/hobbies that make it such a powerful and enduring brand, especially for enthusiasts like you and me. One activity related to Transformers that keeps me interested indefinitely is photography. I use immensely basic amateur tools like a point-and-click Canon 7MP camera, but by making the most of my environment and tools I can produce pictures I am proud of.

Someone like Bryce “Brr-Icy” Rutledge has taken Transformers photography to a stellar level and can even make a living out of it to some degree. Those of us who write are also involved in such labours of love. Unfortunately one of my lamps took a nose-dive and so my lighting is 50% what it used to be, the grainy photos above are proof of that. A shame, Hasbro’s divine Masterpiece Thundercracker deserved better. 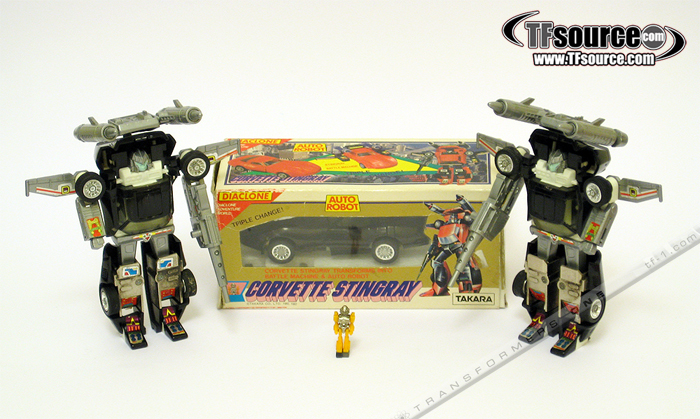 One of the things I like most about Transformers photography is how collectors can now recreate catalogue-like images and dioramas. Photos like the one shown above have never reflected multiples in my collection or been for the purpose of showing-off, they have often featured either variants or toys that may belong to me and other collectors, but I just used them in the same photo in order to simulate what – in this case – promotional catalogue photography of the infamous Finnish Diaclone ‘Black Tracks’ Corvette Stingray might have looked like at the time. 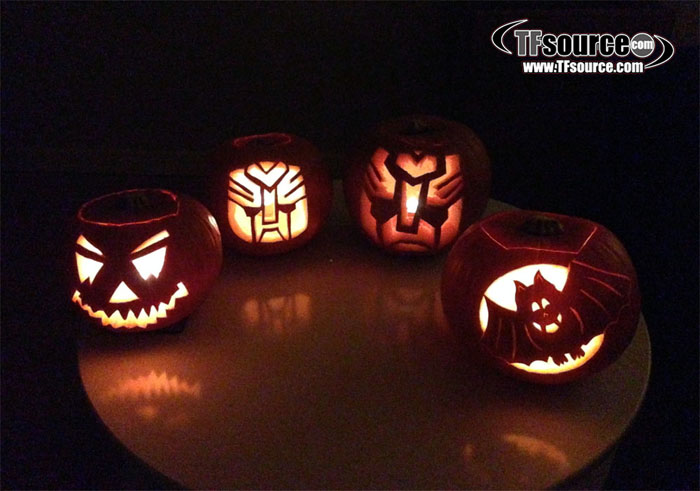 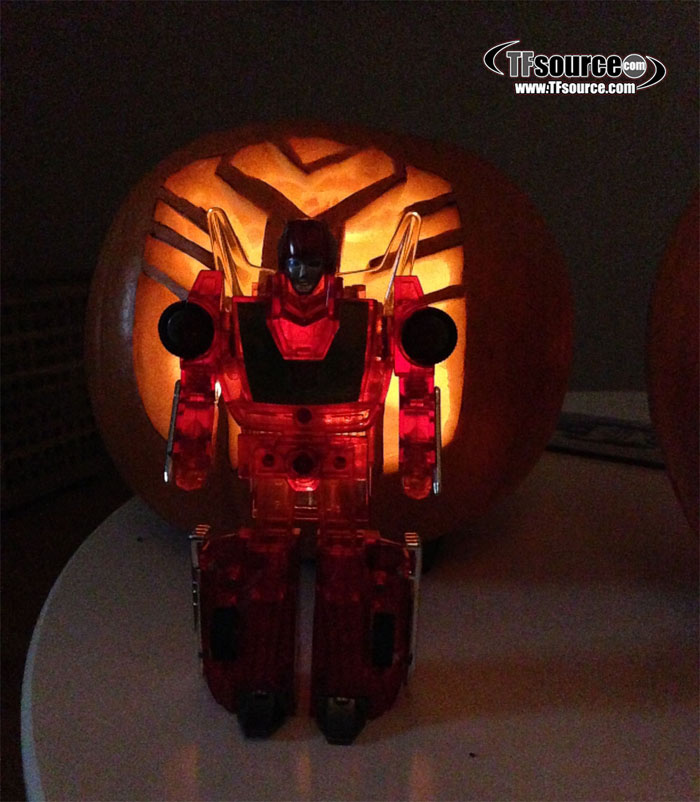 As someone who is not ashamed to drag Transformers into every crevice of his public life, my family has to put up with a lot.

“What will your pumpkin carving be this year?” “Autobot logo”.

“What will you buy your daughter for Christmas?” “Duplo Zoo, singing/talking puppy…and Minibot keychains”.

“What should we put on the wall next to the wedding photo and painting?” “Original MTMTE comic artwork”.

Surely it’s this diverse way of expressing one’s appreciation for their hobby and interests that helps keep it alive, were it all just about amassing toys, most of our enthusiasm surely would have rotted away by now. As it is, I am able to drown us completely in Transformers while still having a tiny collection of toys restricted to 2 IKEA Detolf cabinets. Speaking of which… 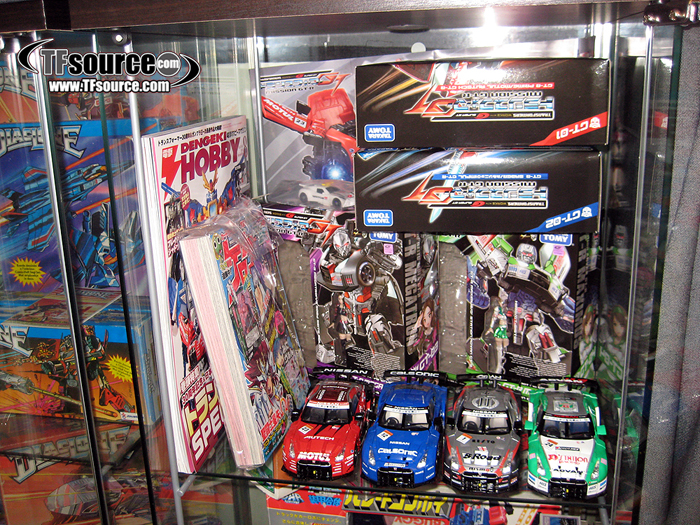 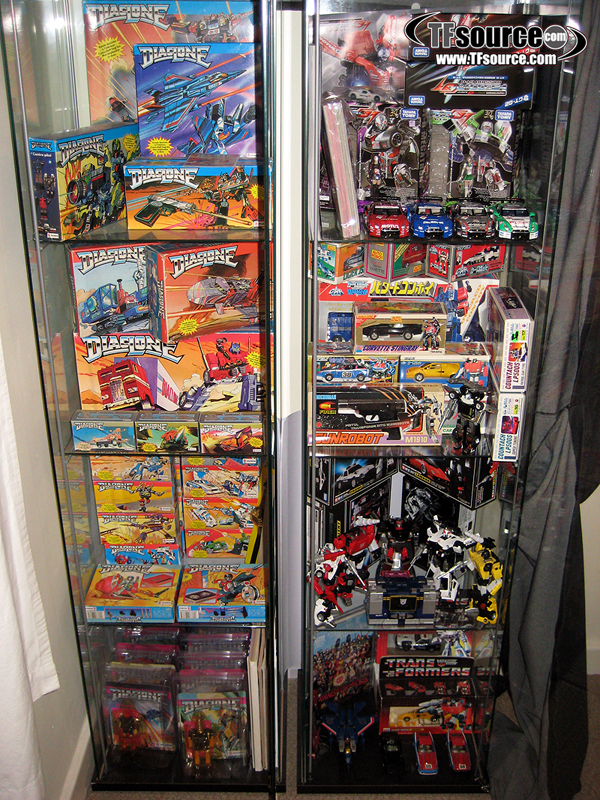 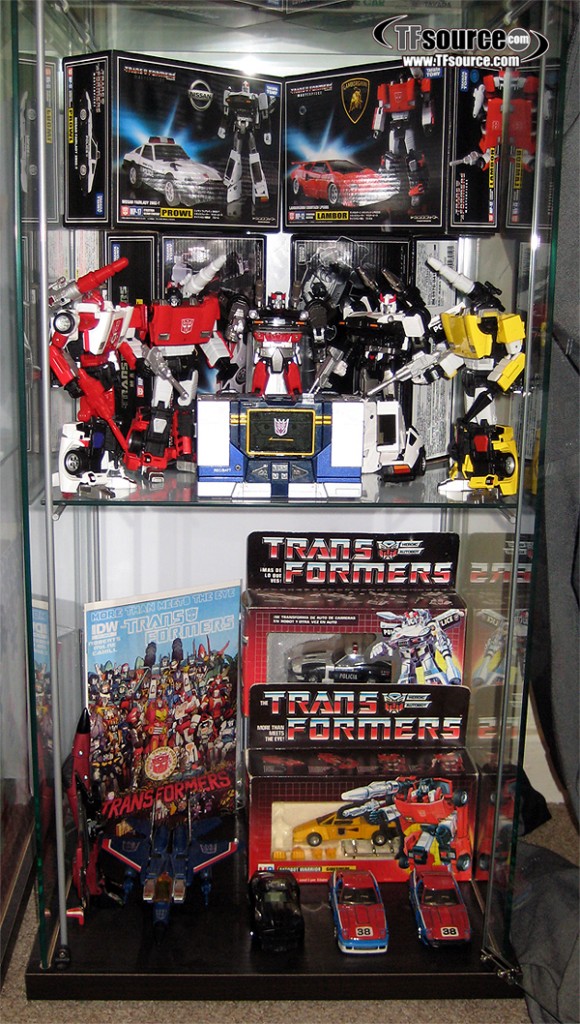 While the Joustra Diaclones still occupy a whole Detolf by themselves, having cleared out a stack of Italian and Japanese Diaclones in the last couple of months, I actually have a Transformers display of sorts to appreciate! It doesn’t help that Masterpiece toys are so damn big they swallow up shelves at a frightening rate. And what the hell are you supposed to do with those ridiculously huge boxes like Soundwave and Starscream’s air-filled cardboard caverns? The top shelf of my second Detolf is a tribute to the wonderful collaboration between Transformers and Super GT, the Japanese touring car series. Transformers and a world famous licensed racing series? Yes please. Cultural connection established. Anyway, you might have noticed a quite striking comic cover has found its way into the display… 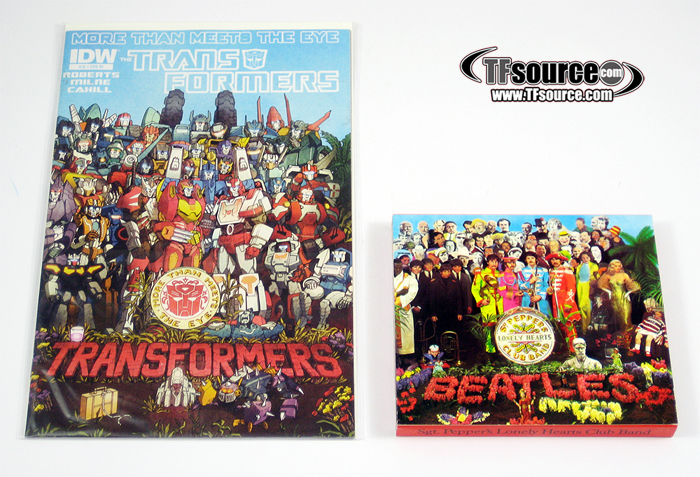 Issue 12 of IDW’s More Than Meets The Eye (see last week’s love letter) was distributed with 2 regular covers in equal ratio, but also with the above magnificent retailer incentive cover variant drawn by Casey W. Coller in a supposed 1:10 ratio, but it’s very difficult to locate, probably because nobody wants to let theirs go! A marvellous homage to 1967’s iconic and seminal Sgt Pepper’s Lonely Hearts Club Band concept album by The Beatles, the crew of the Lost Light are all featured on the cover a la Pepper. Another example of Transformers crossing the divide to connect with other highly-recognisable pop culture. 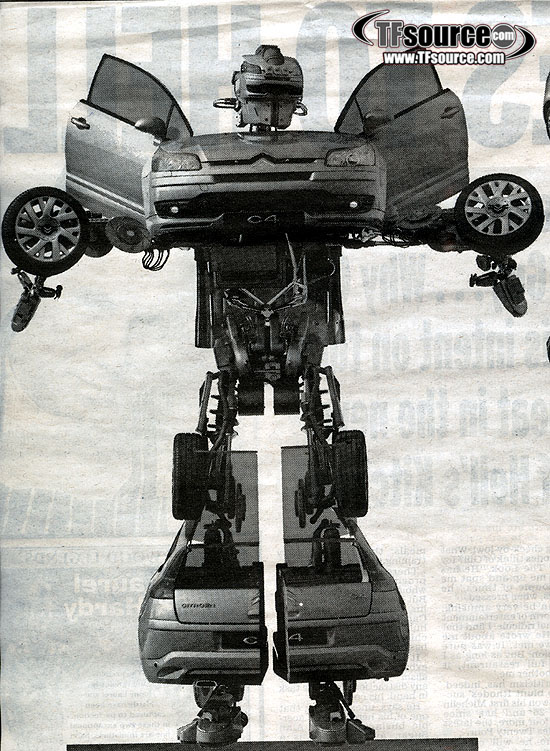 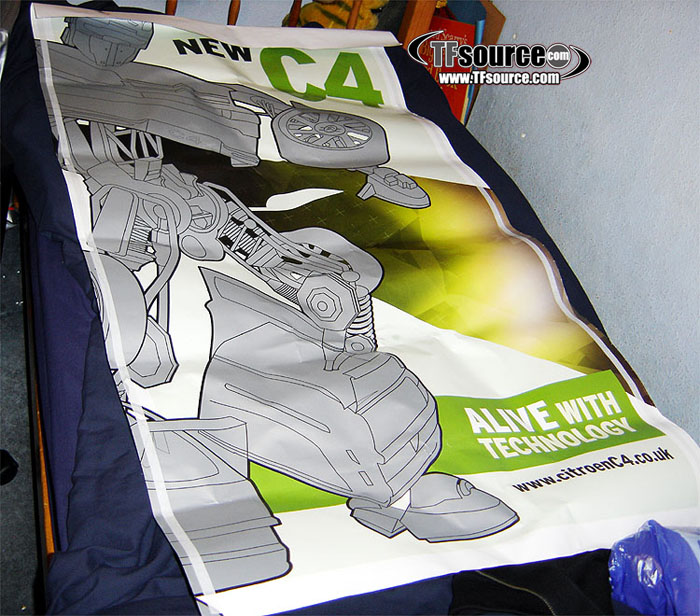 This one won't be found on my wall

Before the 2007 Transformers live action feature film truly impacted upon the public consciousness, French car manufacturer Citroën ran two very popular television ad campaigns on UK television for their C4 model in 2005. As collectors and enthusiasts, this was an immensely exciting time; anticipation of the movie was peaking and the ads Citroën ran on British television came hot on the heels of a period of serious car licensing from Hasbro and Takara through Binaltech and Alternators. Seeing full-motion Transformers robots on the screen was still a very big deal and a new experience.

Companies like Chevrolet released their own exclusive toy mould of the Aveo, and for a while people believed Citroën were going to do the same, but the most we got were 2 cool adverts, big posters in Citroën dealerships (of which one I have seen above) and the C4 transformer on the cover of the CD single which was re-released in the wake of the advert’s success; “Jacques Your Body” by Les Rythmes Digitales. And yes, I bought that too. 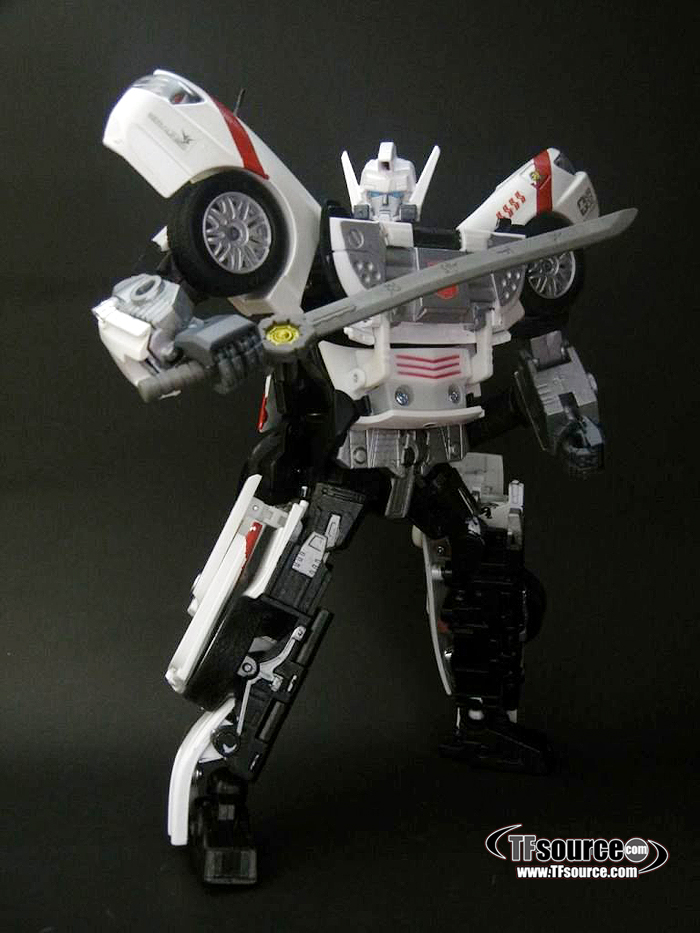 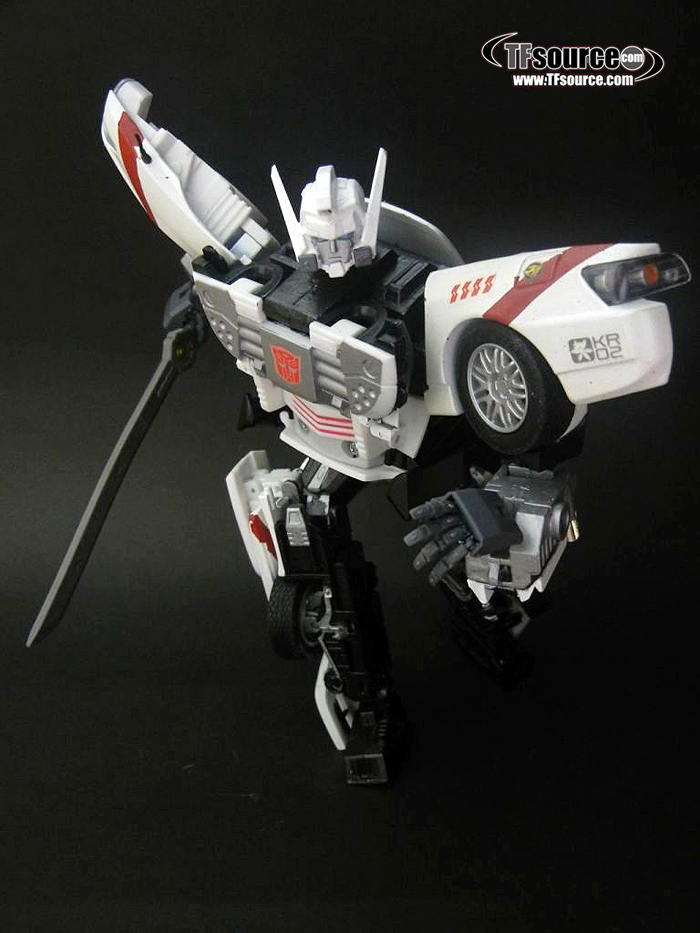 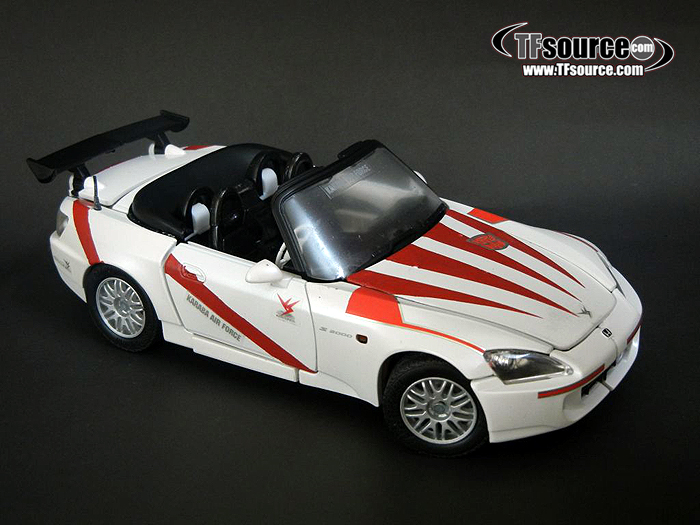 Wishes on a wheel

Simon “TC” Yong’s exceptional “Drift” custom, made from a Binaltech Arcee Honda S2000 is one of the very best I have seen for some time. Shane McCarthy’s “Drift” character has been done great justice in More Than Meets The Eye comics, and the Generations toy is a wholly insufficient physical tribute to the character – not that it’s a bad toy, it’s just not enough! Simon Yong’s work is a testament to the creativity that exists within the fandom and is another example of how this hobby can be expanded beyond just toy buying, and why it’ll continue to flourish and endure.

On the subject of endurance, well done for making it this far. I’m still amazed that I was able to pretend there was some kind of plan or theme to the random items featured this week… 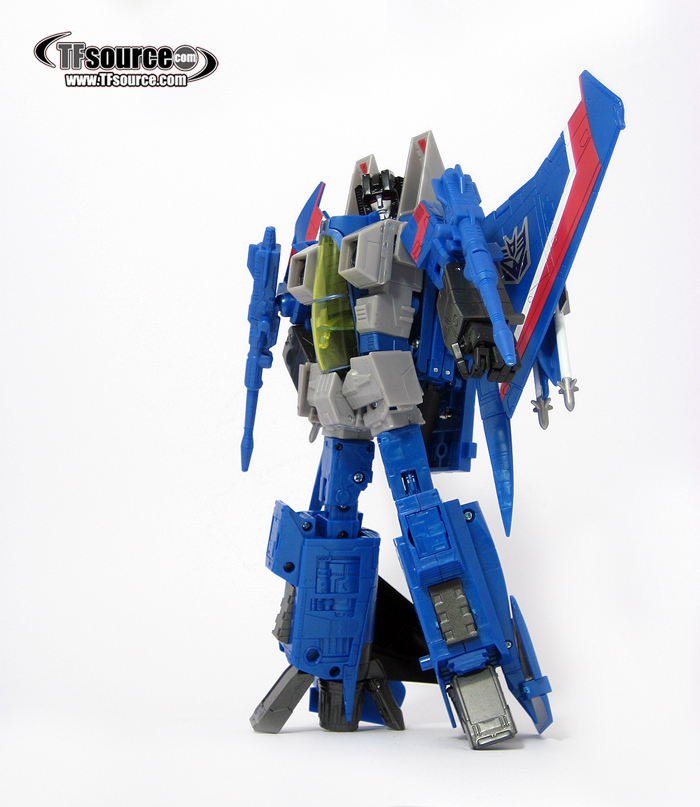 Not bad for one lamp, right?

Very kind and gracious thanks to Simon “TC” Wong for the use of his custom Binaltech Drift images.