The Power of Fiction 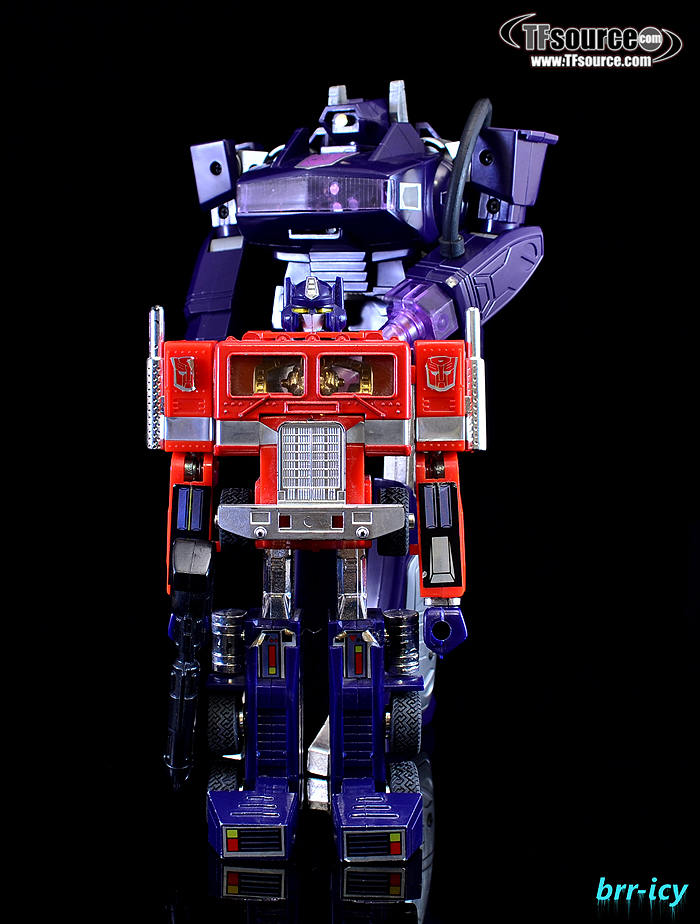 Influence is a funny old thing; childhood experiences and preferences weigh heavily on us, as do the tastes and decisions of our friends and collecting contemporaries, not to mention the Transformers community as a whole. There’s just so much to draw influence from in the Transformers universe, from current trends and fads to animated shows and various other forms of Transformers fiction. The easiest way to express appreciation or affection for one’s favourite characters in this hobby is to buy a figure. Past, present, rare, common, Masterpiece, World’s Smallest. But the power of fiction, good fiction, is such that even the most undesirable toy can be cast in a completely new light, suddenly bursting with relevance thanks to portrayal on screen, or words on a page.

And it’s the words of James Roberts, the art of Alex Milne, Nick Roche and Josh Burcham (amongst many esteemed others) on the pages of IDW’s More Than Meets The Eye ongoing series of Transformers comics that are the inspiration behind this week’s article. I’ve spoken occasionally about how I’ve been swept up in the growing MTMTE movement within the fandom and how it’s turned me off toys and onto collecting every variant of every issue of ‘MTMTE’, Last Stand of the Wreckers, Drift, various Spotlight features and other selected IDW Transformers comics, but this week we look at how such fiction can inspire toy purchases, collection displays and ultimately influence our appreciation of sometimes forgotten toys and characters. 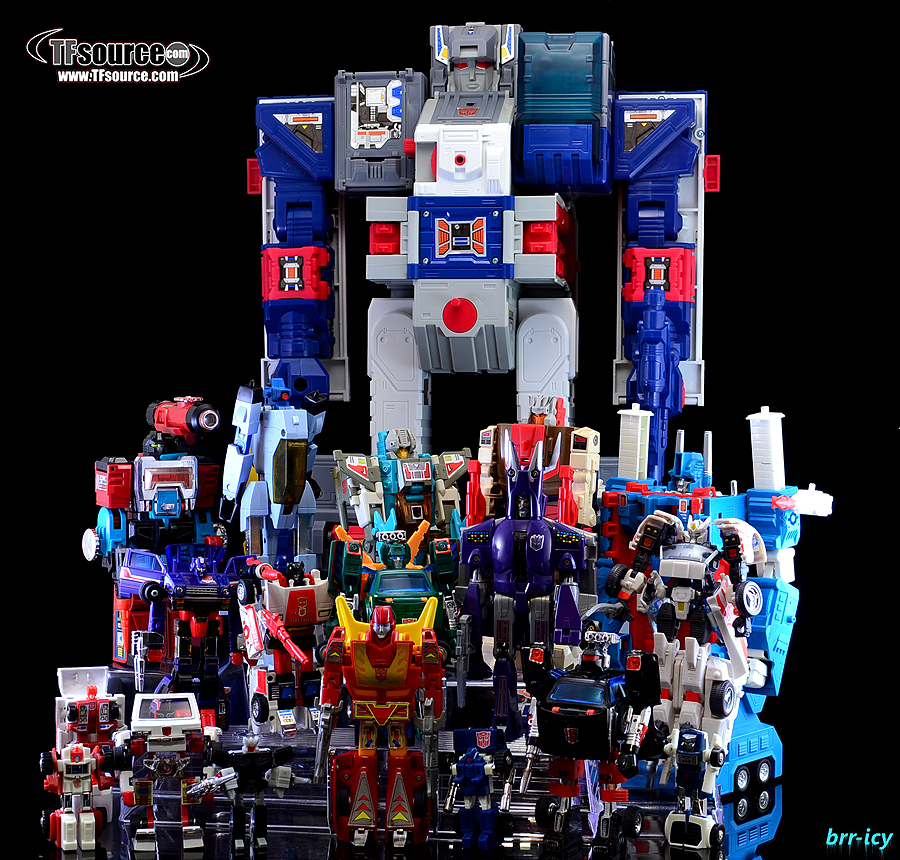 Liars A to D 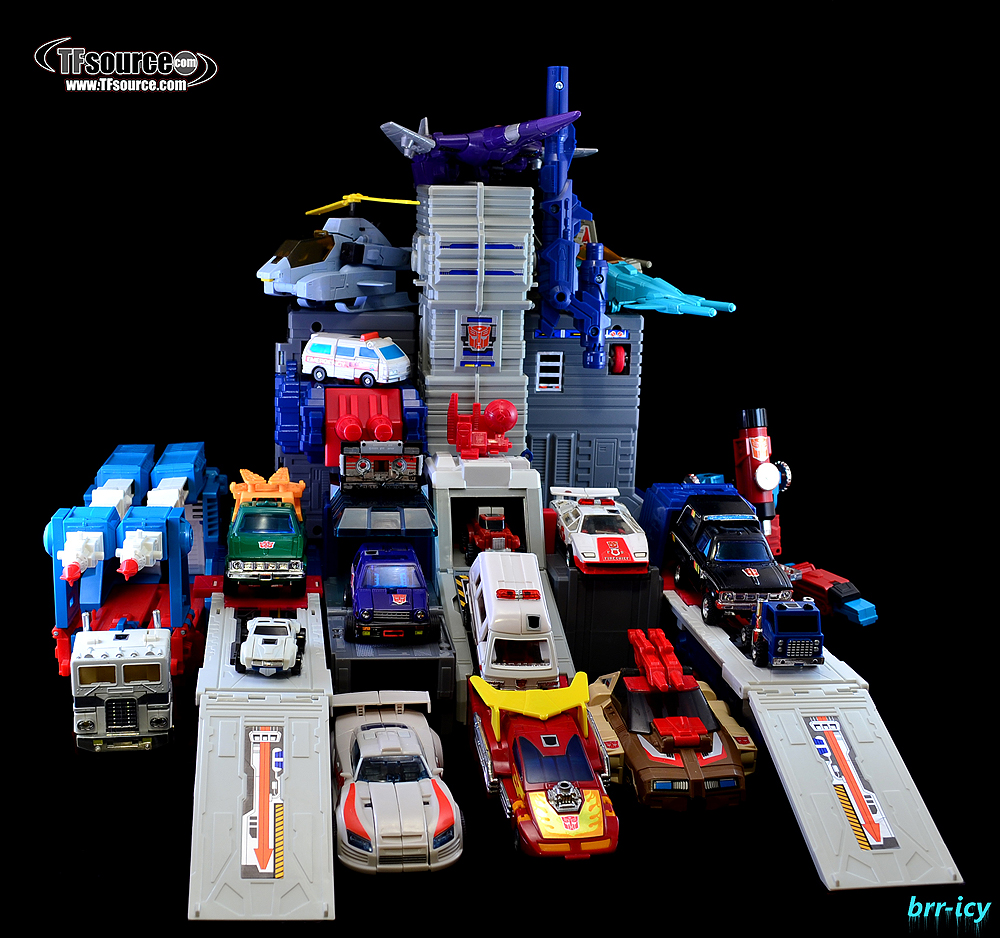 More Than Meets The Eye has single-handedly reintroduced me to the pleasures of reading comic books and collecting them after over a decade of not finding them relevant any longer. I’ve never engaged with printed Transformers fiction in any way, not comics, nor manga. Even when watching episodes of Generation 1, Masterforce, the animated movie or the live action feature films, as “awesome” as they are, a certain part of me could always recognise the degree of immaturity that is inherent in programming aimed at children, or blockbuster movies.

MTMTE has brought a maturity, scope and depth to Transformers that engages your imagination on more than just a big picture level. Individual Transformers become people, two factions become an intricate tapestry of blurred lines and a society of distinguishable personalities. 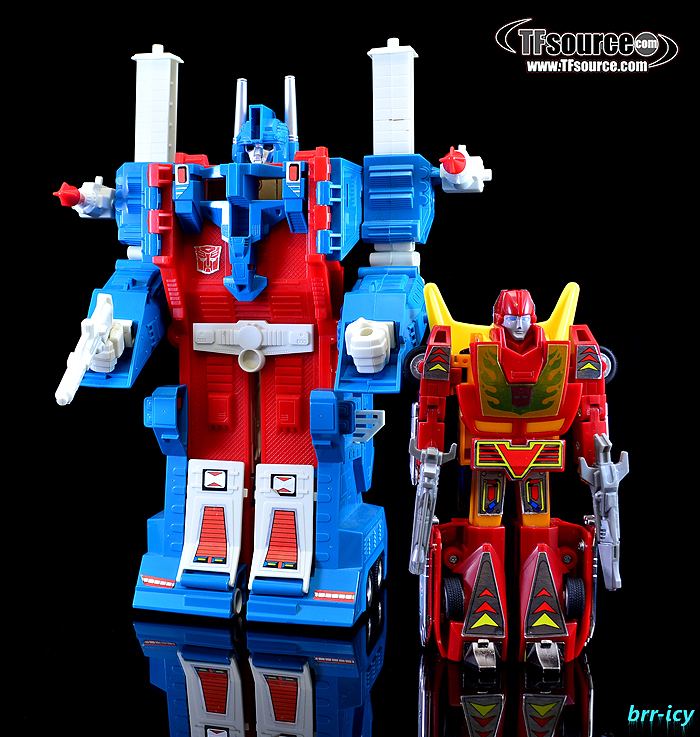 How To Say Goodbye And Mean It 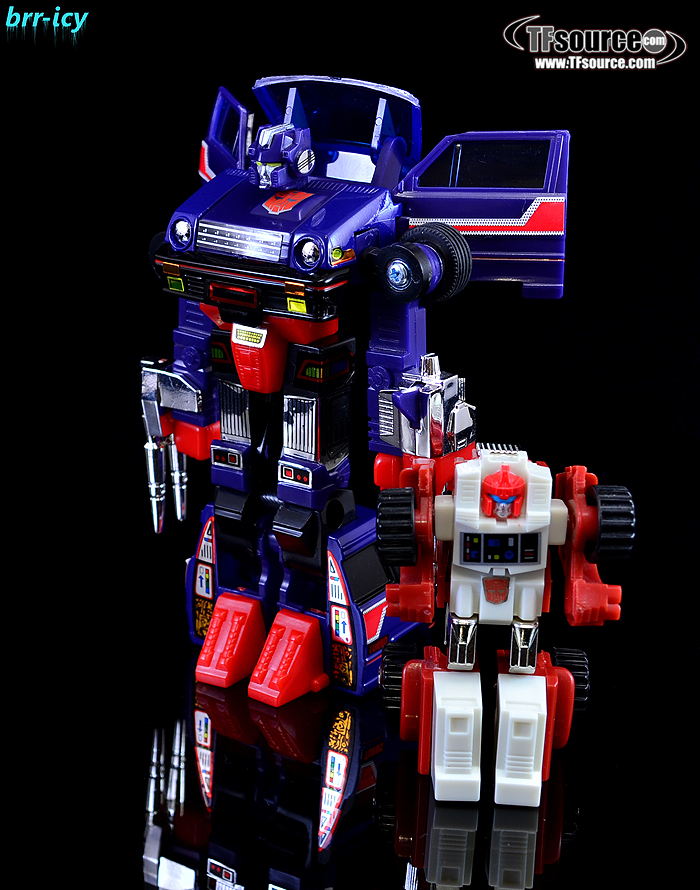 The Chaos Of Warm Things

Despite the obvious leave-your-brain-at-the-door appeal of the feature films, they still inspired me to buy Movie toys. To give them their credit, the Human Alliance figures that came out during the ROTF period were superb toys, almost Masterpiece levels of engineering and quality in my opinion, and the fact that they reminded me directly of my positive experiences in the movie theatre seeing Transformers up in lights just made them that much more desirable to me. While those purchases remain with me today, the mass of deluxe, legends and leader figures I bought from the first waves of 2007 movie releases have long since gone. Transformers Animated was a similar episode, causing me to buy modern figures at a time when my spending on vintage rarities was scaling new heights. I’ve been told that Beast Wars would have a similar effect on me. 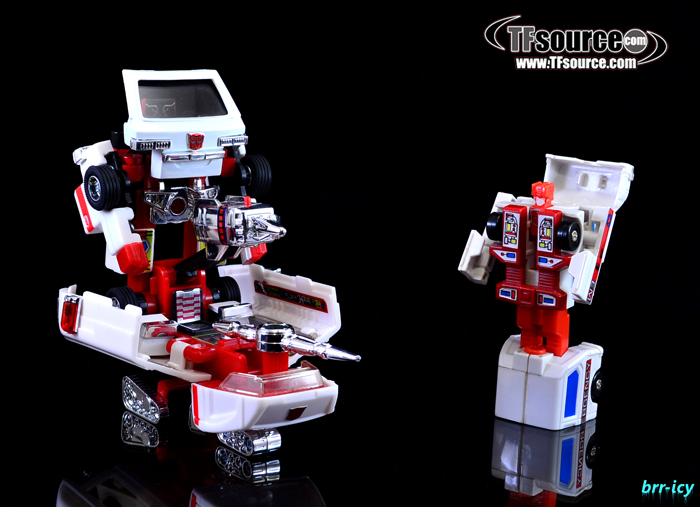 Life After The Big Bang 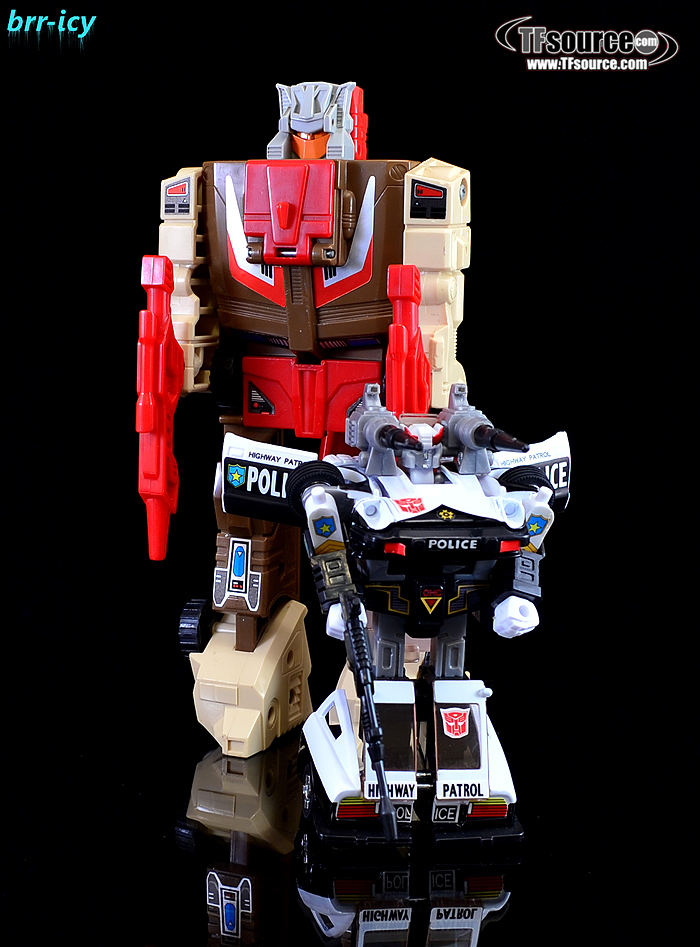 So then, how powerful must the storytelling and portrayal of lead characters be in the new MTMTE series for toys such as G1 Chromedome, Brainstorm, Ratchet, Skids, Tailgate, Swerve, Pipes, Whirl and Perceptor to be thrust into the limelight so prominently? To say that Hot Rod, Cyclonus, Overlord, Ultra Magnus and Fortress Maximus have suddenly found new popularity would be to show ignorance of how strong the affection for those toys and personalities has been in the fandom for decades already thanks to other fictional or physical portrayals. But MTMTE’s ability to elevate the little guy and make superstars of forgotten Transformers stands out as one of the signature features of the series and the talent of the creative team behind it. 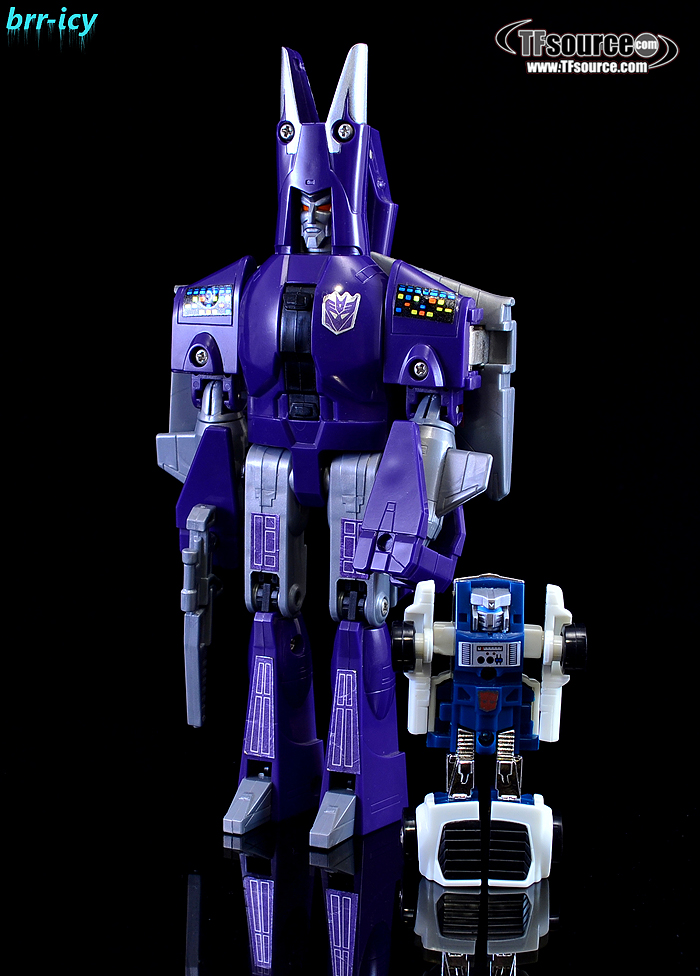 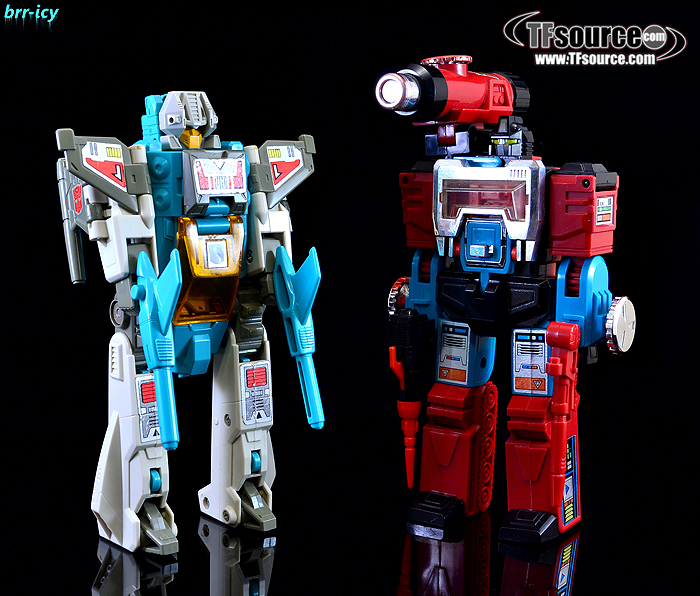 It’s certainly not limited to G1 toys either, I’ve found myself lusting after a Generations/United Drift figure, and Generations Skids, Trailcutter, Swerve, Hoist, Megatron etc are not popular purely by dint of their direct association with a G1 aesthetic, that popularity has to – in part – be attributed to the portrayal of these characters in MTMTE and IDW comics in general.

To quote Walter Mueller, a former G1 completist turned IDW completist, “I absolutely love Cyclonus now, strictly due to MTMTE. Same with Whirl. I was always of the opinion that ‘Cyclonus is ok. Whirl? Crappiest toy ever!’. I now own a pristine G1 Whirl”. Here are Brandon Yap’s thoughts on generations Skids from his Heroic Decepticon blog entry: “Skids may have been obscure in the G1 cartoon, but he does feature well in the G1 Marvel comics and IDW’s MTMTE. In fact, he is my favourite character in MTMTE and that just adds a lot to how I will rate this toy. It’s a beautifully designed and executed toy”. 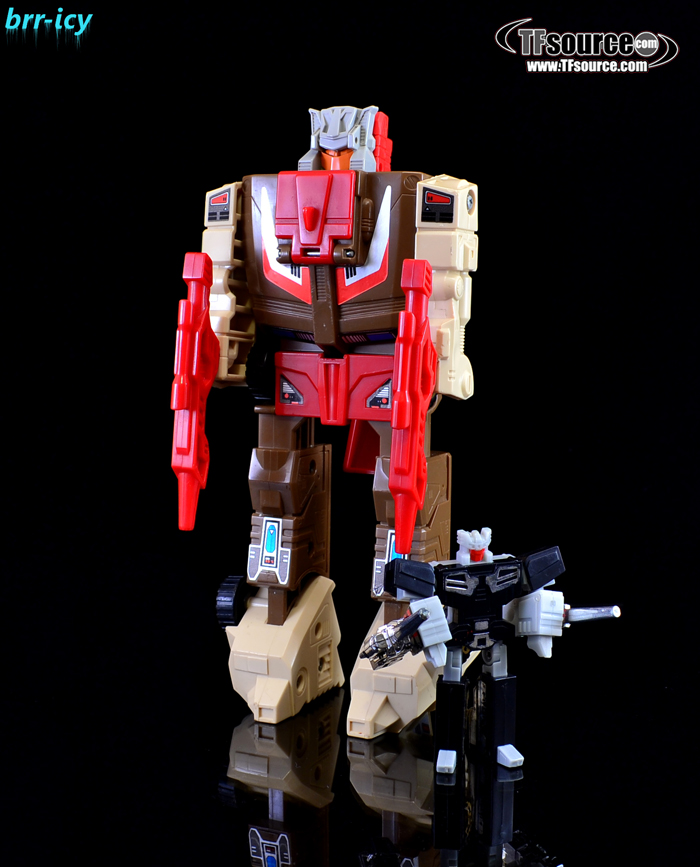 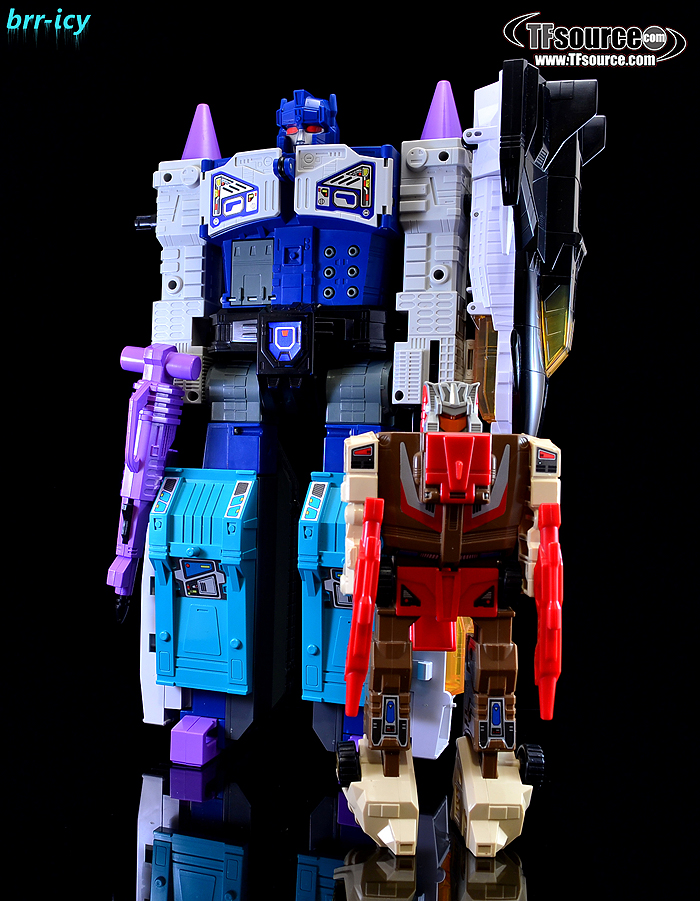 So Hasbro are putting out toys marketed directly in tandem with IDW’s comics, toys like Orion Pax, Hoist, Trailcutter, Whirl, Swerve and Skids from MTMTE, and Goldfire, Waspinator and Dreadwing from IDW’s other excellent ongoing title “Robots In Disguise”. Significantly, and more indicative of the community’s feelings towards these characters, 3rd party companies are dedicating valuable releases and staking their reputations on representations of popular IDW character designs, expecting collectors to part with hundreds of their hard-earned dollars at a time when official lines like Masterpiece and Generations are truly hitting their stride and giving the fans what they’ve always wanted. 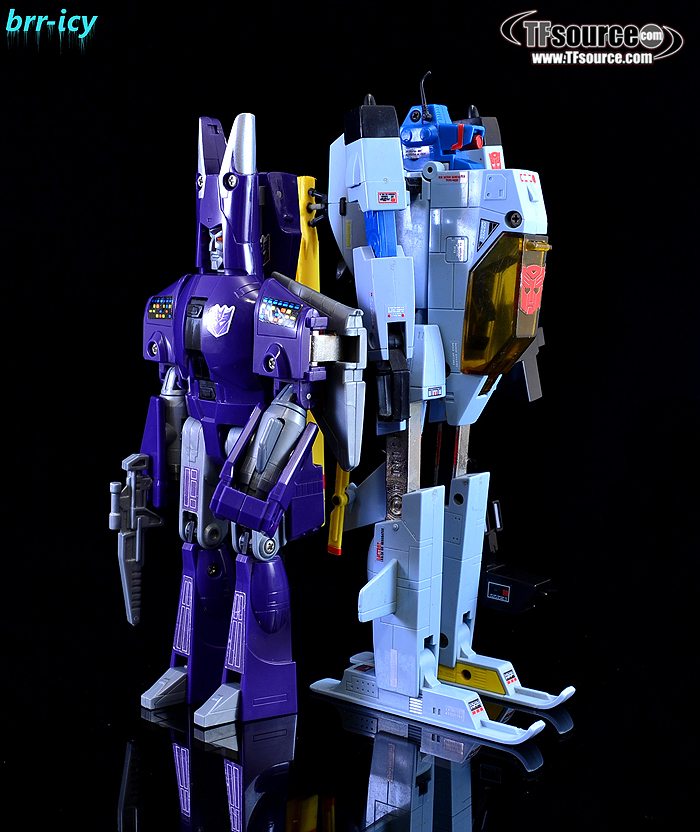 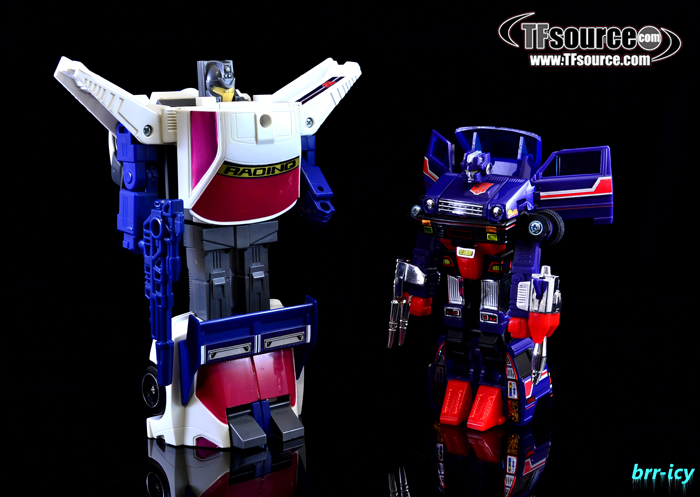 Maketoys have just released “Hyper Novae”, their version of Nova Prime with an MMC interpretation on the way, Perfect Effect have an IDW-style Fortress Maximus due out soon called “Warden” and KFC have styled their not-Perceptor “Mugan Scope” after IDW’s re-imagining of the character after his brush with death, complete with his new targeting sight as first drawn by Casey W. Coller in All Hail Megatron #15. There’s also a couple of 3rd Party Overlords heading our way in the future, and Masterforce UK’s interview with MMC writer Ceno Kibble confirms that their version of Overlord will come with a Nick Roche-inspired head featuring “Roman nose and luscious lips”.

The list goes on; Fansproject Code (not-Chromedome) and Smart Robin (not-Brainstorm – one of three new Brainstorms!), Toyworld Hardbone (not-Hardhead), Warbot Defender and Assaulter (Wreckers Springer and Broadside respectively)…if imitation is the sincerest form of flattery, IDW should be blushing profusely. This is concrete proof of the demand within the fandom for physical representations of the IDW-inspired designs, made attractive in the first instance by their characterisation and the stories they appeared in on the pages of these soon-to-be-classic comic epics. 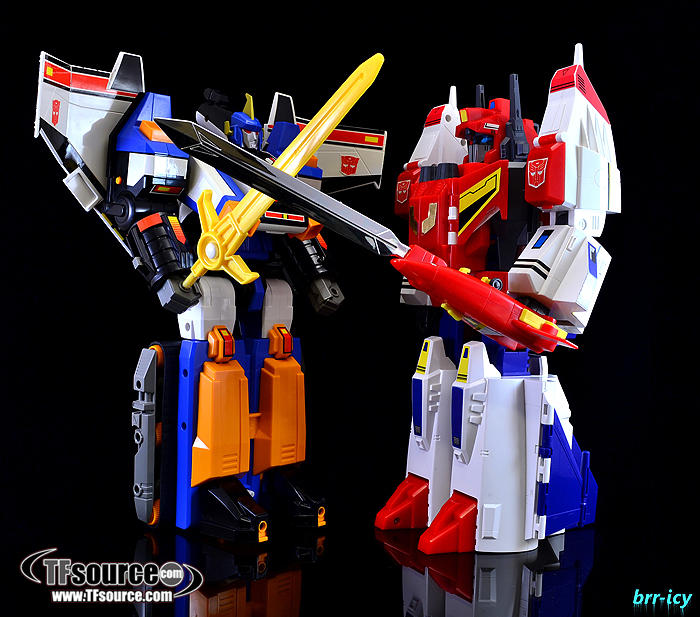 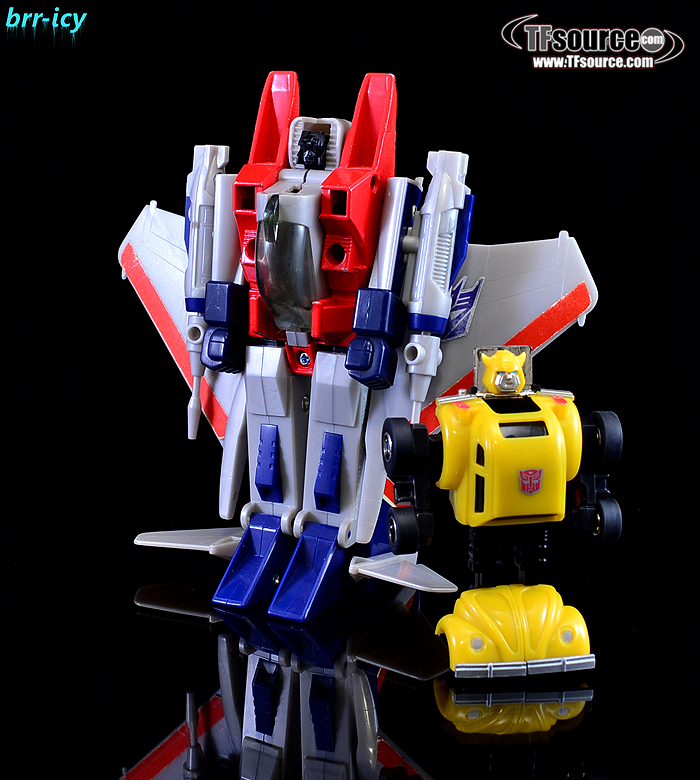 The World & Everything In It

So, yes, fiction has power – even fiction that won’t be remembered for its depth and lasting quality. But fiction such as that seen in More Than Meets The Eye, Robots In Disguise and Last Stand Of The Wreckers has real power, the power to restructure our display cabinets and shift our purchasing focus away from what it was before to areas we may never have considered. It has the power to completely redefine our feelings about certain characters and re-write our programming of who toys that have existed as nothing more than a tech-spec for decades really are. This is to say nothing of the five people I’ve personally helped convert to MTMTE readers in the last 2 months, four of which did not even collect or follow Transformers before. 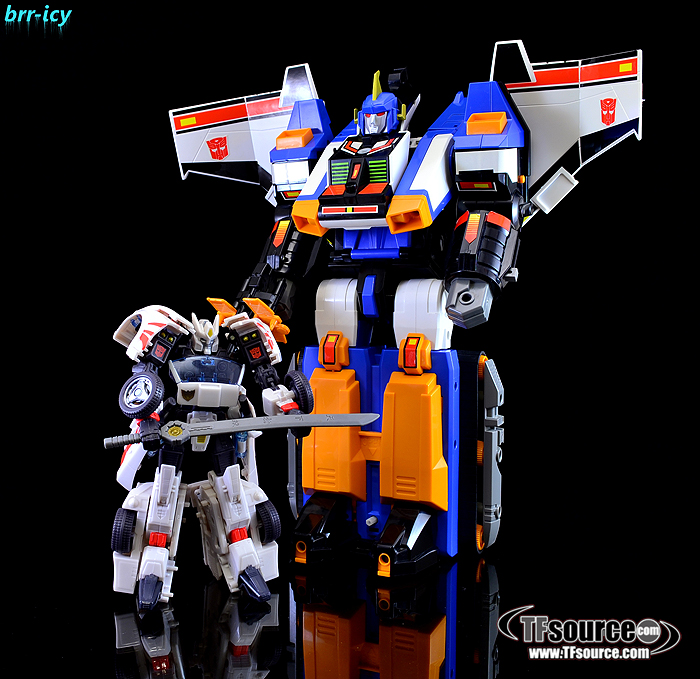 A STAR is born

And beyond those who may shift the focus of their toy collecting because of the fresh perspective brought to Transformers by the fiction they enjoy, there are some who are compelled to move their collecting urges away from toys completely, focusing purely on items more closely related to the comics in question. This could include owning every single individual cover variant of particular issues or spending hundreds of dollars on unique pieces of original comic artwork. That is their expression of appreciation for the most intelligent, multi-faceted and high quality fiction that Transformers has possibly ever enjoyed, and the complete faith they have in where the lifelong Transformers fans responsible for this series will take them. 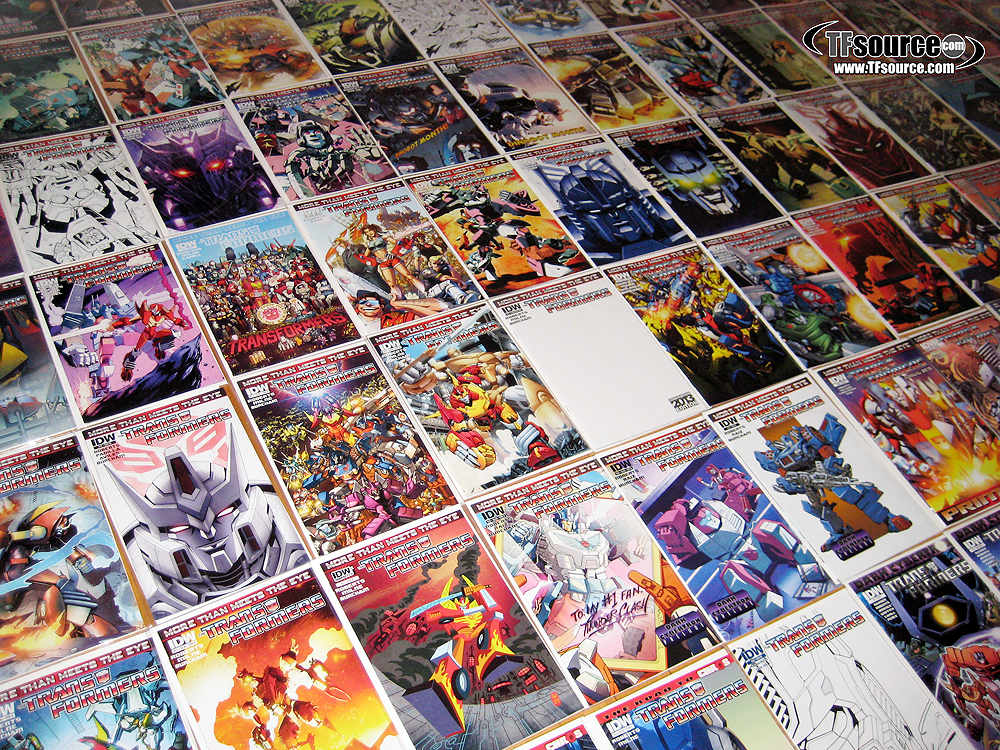 More Than Meets The Eye

Immense thanks to Bryce Rutledge for his spectacular toy photography and to Walter Mueller for his breathtaking images of original MTME cover artwork. Also thanks to Brandon Yap, Gordon Yip and Morgan Evans, this is entirely your fault.

The Power of Fiction