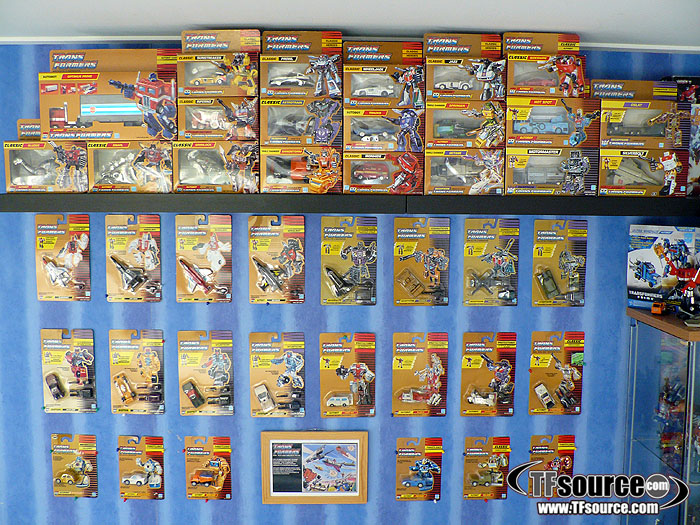 By now we have seen a lot of thoroughly impressive Transformers collections and breathtaking displays. Having been in the hobby for over a decade now, even though it’s easy to assume I have seen it all, as more people expand their collections to become larger and more complete I am continually surprised by the quality of collectors’ achievements. It is rare, however, for me to see something that truly requires me to sit down and raise a glass. What Erwin W has done with his Classic collection and in the past with his G1 Optimus Prime collection, well those qualify. Here’s the story of a collector who, like many of us, has had to make sacrifices to create the collection he is so proud of today.

Hello folks. My name is Erwin W, 34 years old and I’m a Dutch collector for about ten years now. As a child I was intrigued by the first G1 television series with good old Optimus becoming my all time hero. I still remember wanting the G1 Optimus Prime toy so bad I put in some savings for Christmas because my parents told me the toy was too expensive to give otherwise. Soon, other G1 figures like Hoist and Ratchet followed and I had really good times with them.

But then I watched “Transformers the movie” and Optimus died… NOOOOOOOOOOOOO… How could I know as a child that Hasbro needed to introduce some new toys to keep their business going? That was quite a shocking experience to be honest and on top of that,  the new Transformers lines that where introduced in the movie didn’t appeal to me, so I lost track of the Transformers franchise for many years, but luckily kept hold of my (battle damaged) Optimus Prime toy! 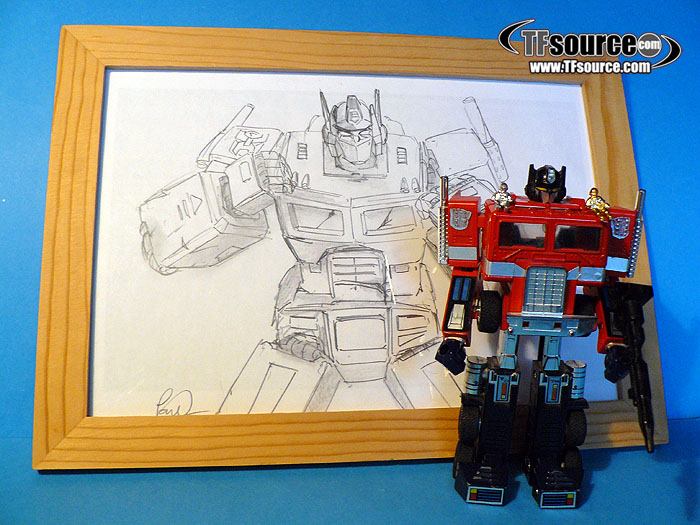 About ten years ago I was browsing the internet and typed in the letter combination I would type in many times more afterwards. And there he was… Masterpiece Optimus Prime. That got the fire going again and I immediately ordered one. And since I got my first job around that time I decided he needed some buddies!

Next to many G1 Bots I bought I started to collect the Binaltech line because at that time this line reminded me the most of the G1 moulds in which a lot of metal parts where incorporated and I’m somewhat of a car enthusiast as well, so that combination worked out pretty well for me. I got that line completed with even the rarely seen BT-17, Black Convoy being part of it! 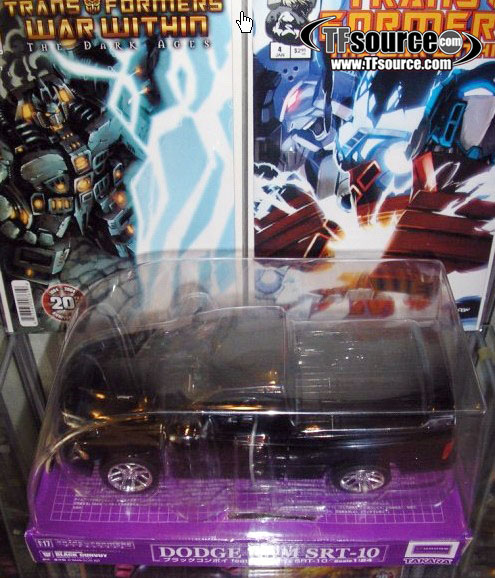 But, no matter how many figures I collected, Optimus kept appealing the most to me, therefore there was only one thing to do; collect them all! To afford this move I sold my Binaltech collection and most of the other Bots I owned at that time!  And I think I got close to collecting them all as can be seen in the following picture.

If you look closely on the right you can even see the outlines of a cardboard box with a mint movie edition mail away Prime including all the enclosed certificates. I had to become a sort of “Prime specialist” to keep track of all the different versions and many hours were spent on the internet to get to this result! 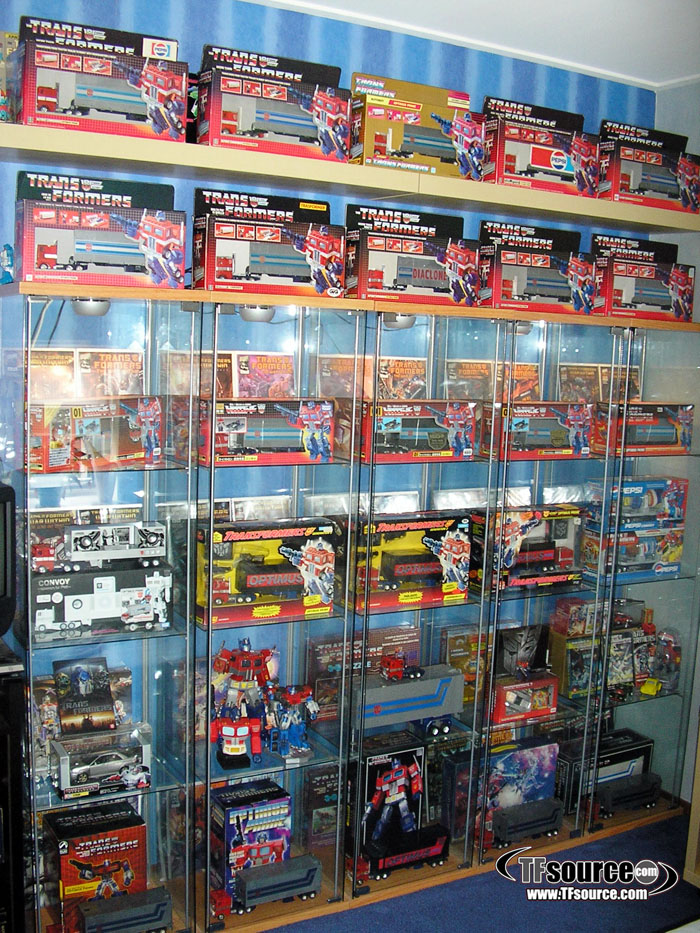 But then I lost my job. So, as tough as it was I sold my Prime collection. The strange thing is, when you start selling, you just keep on going, so I sold all of them. Even the ones I will never find again in this day, but luckily I still have the pictures.

To keep the cash flow going at that time I became a Transformers fan-dealer. I even kept on doing this many years after getting a new job, because as with buying Transformers, I love the thrill of selling them as well. Not only can you make some money to fund your own Transformers purchases but next to that I made a lot of good friends in doing so and had the honour to sell some really nice examples to enthusiastic collectors! 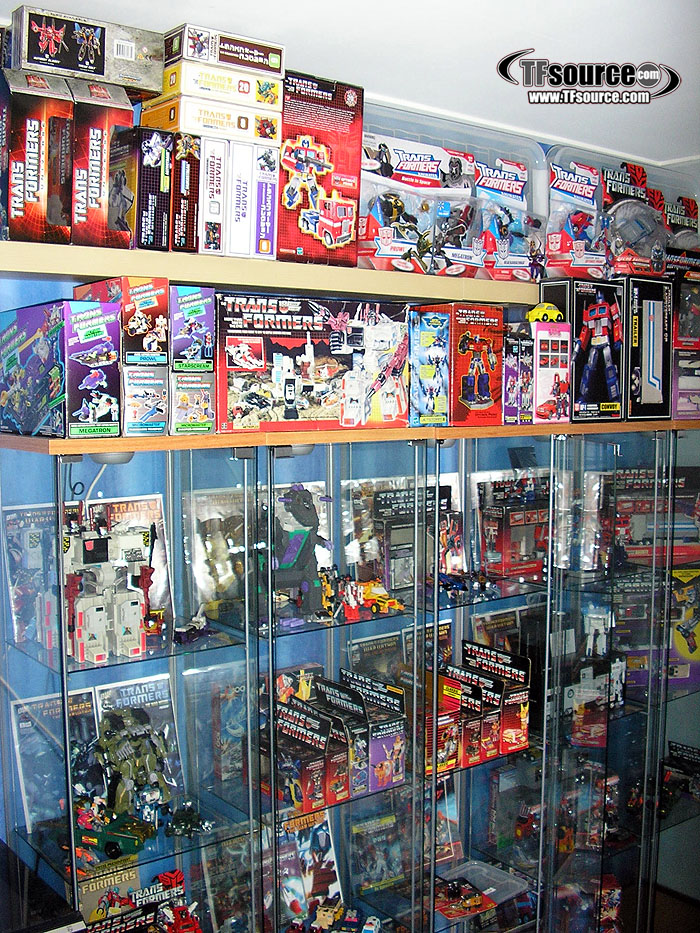 About one year ago I stopped buying Transformers to just sell them again. It became just too time consuming next to running a family and a full-time job. I decided to go back to my roots and started what I liked best again; collecting. Because this is what I hadn’t done for years actually (I even stopped collecting for a period but the little TF-fire kept on burning inside). But, what to collect nowadays while there’s so many choices you can make?

As you would expect I went back to my roots and started to collect Primes again. I got kinda far with it, but there was no way I could build up again what I had before (prices increased dramatically and some versions were just nowhere to be found). So I decided to let them go again except for one I liked really very much, A gold boxed one. I started to do some more research about this variant and stumbled upon an article written by a certain Maz concerning European Transformers. Not only did I love the look of the gold boxes/ cards but it is also still an official G1 line with the bots in it that appeal the most to me! So, a new collecting goal was born and I’m glad to report that I  finished this collection about two weeks ago (September 2013). So, there is only one question left now; what line to collect next? 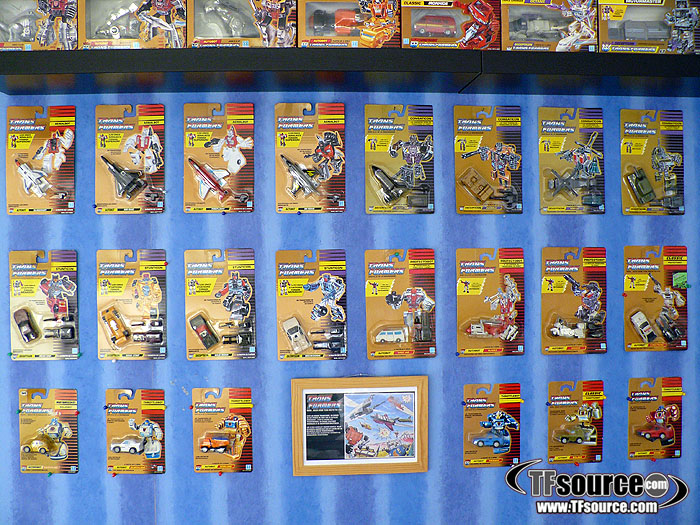 I noticed that when I started collecting, G1 was still everywhere and Transformers forums were piling up with G1 collectors. So When I became a fan-dealer (about 5 years ago) I thought G1 was the way to go, but to my surprise it sold terribly. All the people that were about my age had bought the G1 they wanted as a child and some had already stopped collecting or were looking for the newer lines of which more became available at that time.

So there was only one thing to do, and that was start selling third party stuff and the newer lines (like the Transformers movies Lines) which seemed to be the way to go at that time. Nowadays the newer lines are still going strong and I notice that a lot of G1 collectors are also very interested in the very accurate 3rd party products (and Masterpieces) which give a good reflection of the older bots, so they have something to collect again.

So in my opinion a lot has changed. There is much much less attention for the original series but in general the scene has gotten bigger because the older fans keep collecting the G1 styled bots and the newer, younger fans can make their own choices as well. So luckily, the scene is still very much alive and bigger than ever! 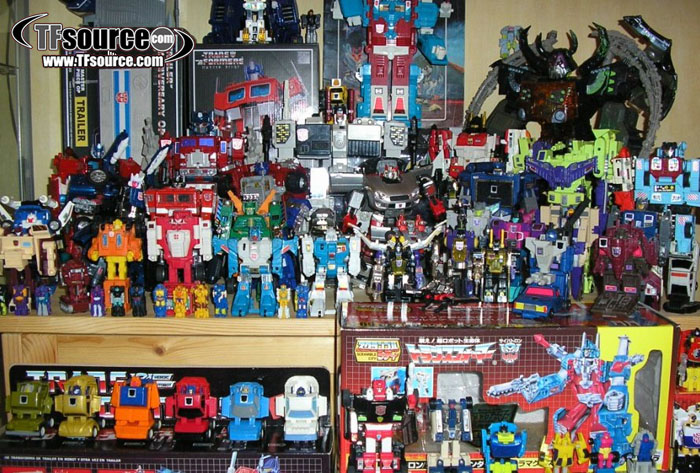 I hope that the scene will get even bigger with a lot of young people that are discovering the Transformers now. With new series like “Transformers Prime”, which was one of the first series after G1 that appealed to me as well, that shouldn’t be much of a problem. Also I think third party products will get an even bigger part of the market but that’s not a bad thing as long as these companies keep their game up. And of course Hasbro/Takara need to respond to these products as well so they will have to stay on top of their game too and will have to produce high quality items. So, the war isn’t over yet!

I think it’s not one particular bot in my case, but the fact that I was able to complete the lines I started collecting. Like the Binaltech line, my current European Gold Classic Line and a lot of versions (at least the known ones to me) of the original G1 Prime. So my success is more defined in being a completionist instead of it being related to one single haul. 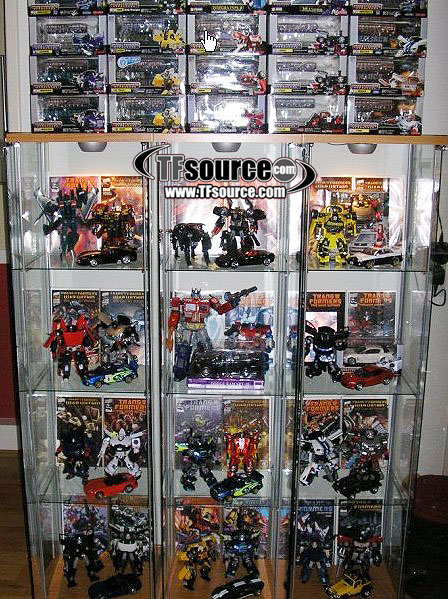 I don’t actually know if it is true or not, but I heard a story of a guy that was about to get married but before that his girlfriend decided it was time to surprise him and cut open all of his sealed G1 boxes and posed them in a, let’s say, compromising manner. Strangely enough, the wedding was called off…

That would of course be my first Optimus Prime I got when I was a kid! 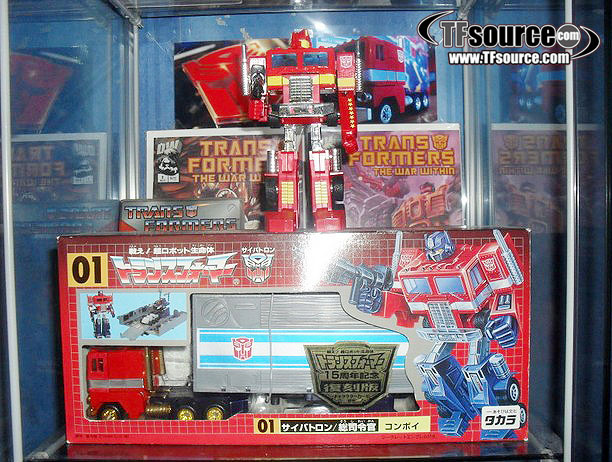 I guess that would be the gold convoy 15th anniversary lucky draw edition of Optimus Prime. Rumoured to be only about 15 in existence. I almost bought one, but I decided €1500 was a bit too much at that time. But I am not easily defeated, so I bought a 15th reissue Optimus Prime and I placed a Gold KO variant in this box. Almost looked like the real thing…

And there’s also a really nice European sealed Classic Goldbug in a collection of a friend of mine. I gave some hints to him that he should let him go, but he didn’t take the bait… yet. 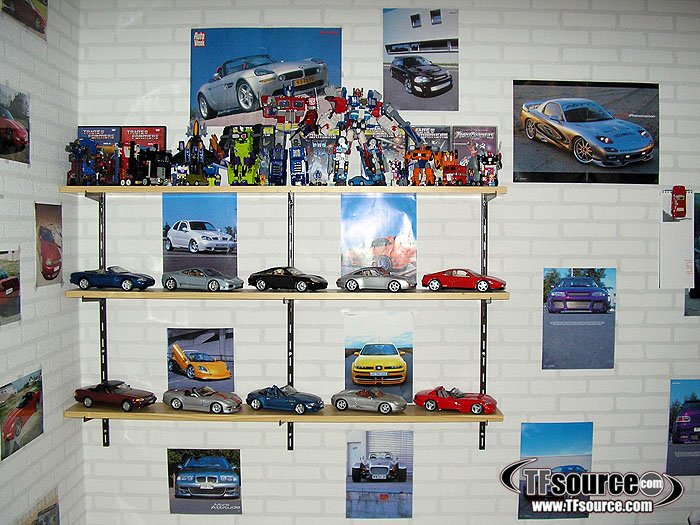 A nicely built up 3rd party collection can be just as interesting to look at as a complete G1 line. It’s just a matter of perspective. So just follow your heart and pick out the bots that appeal the most to you! Till all are collecting!

From here in Holland I wish you all the best and happy collecting!

Many kind and gracious thanks to Erwin W for words and photos.