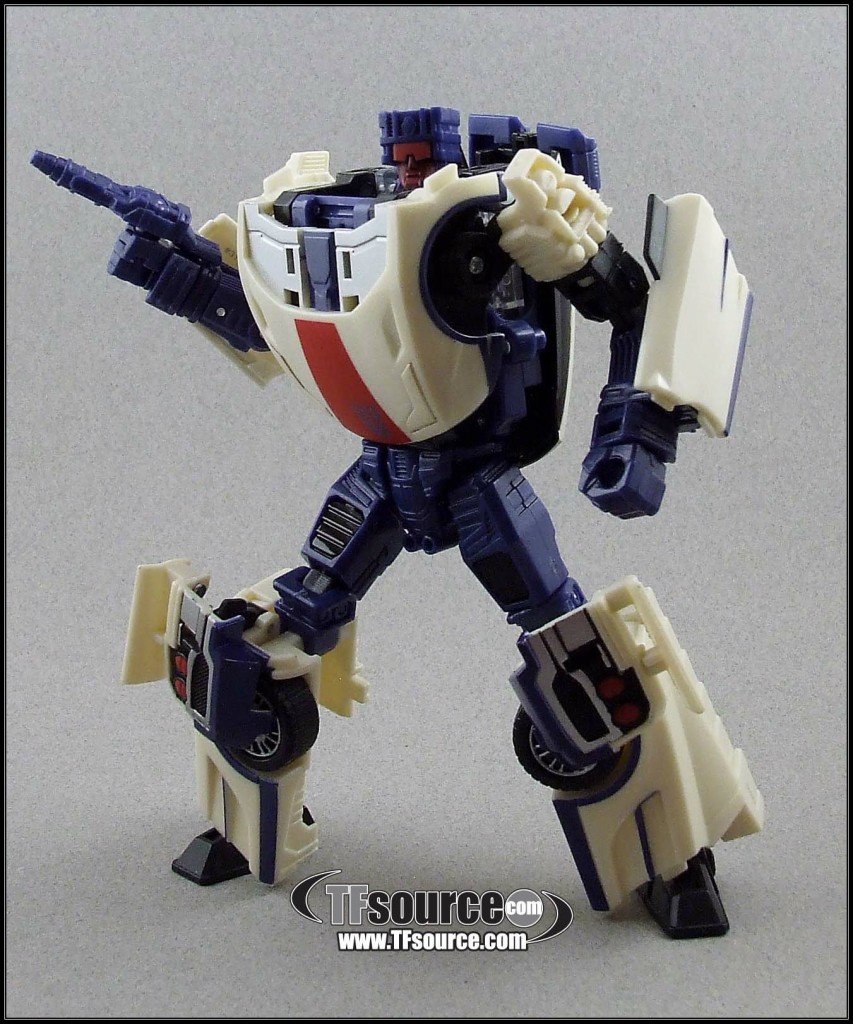 Probably soon to be one of the more highly sought after Subscription figures, Breakdown is the 4th figure in the Transformers Collector’s Club Subscription Service version 1.0. The Menasor combiner bots have been getting a lot of love in the Transformers world as of late, so this figure comes with good timing. Read on for pictures and my highlights/concerns of this figure.

It’s been hit or miss at this point in the TFSS if your figure will have paint app issues, most entirely due to the packaging. However, I am very happy to say that Breakdown comes straight out of the box with gorgeous apps.

As always as well, the Breakdown bio card has some terrific art and fiction with it. 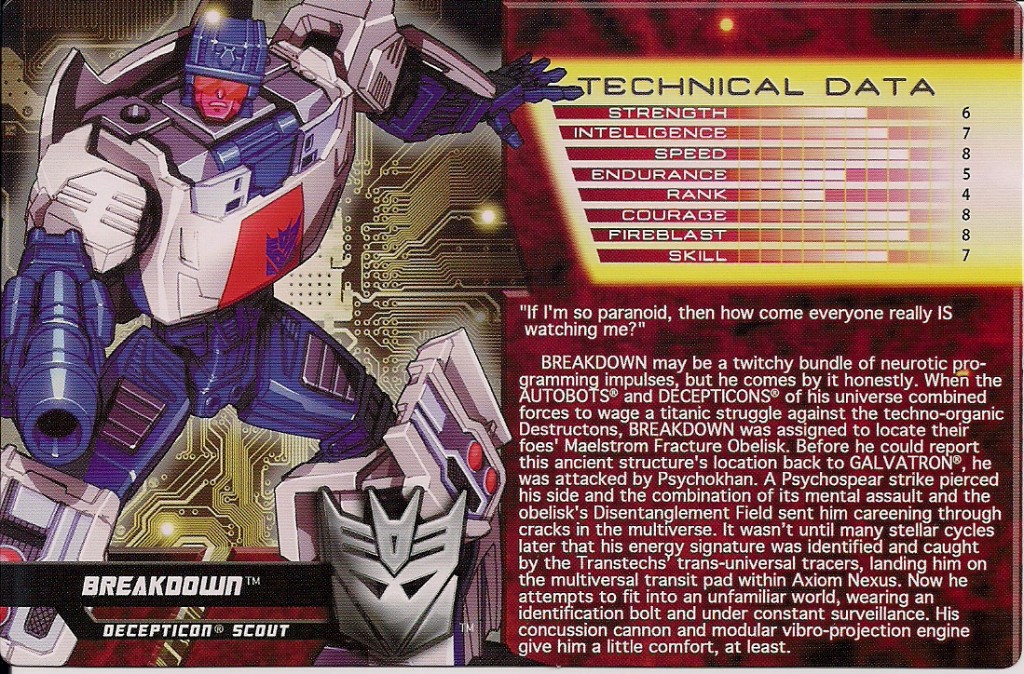 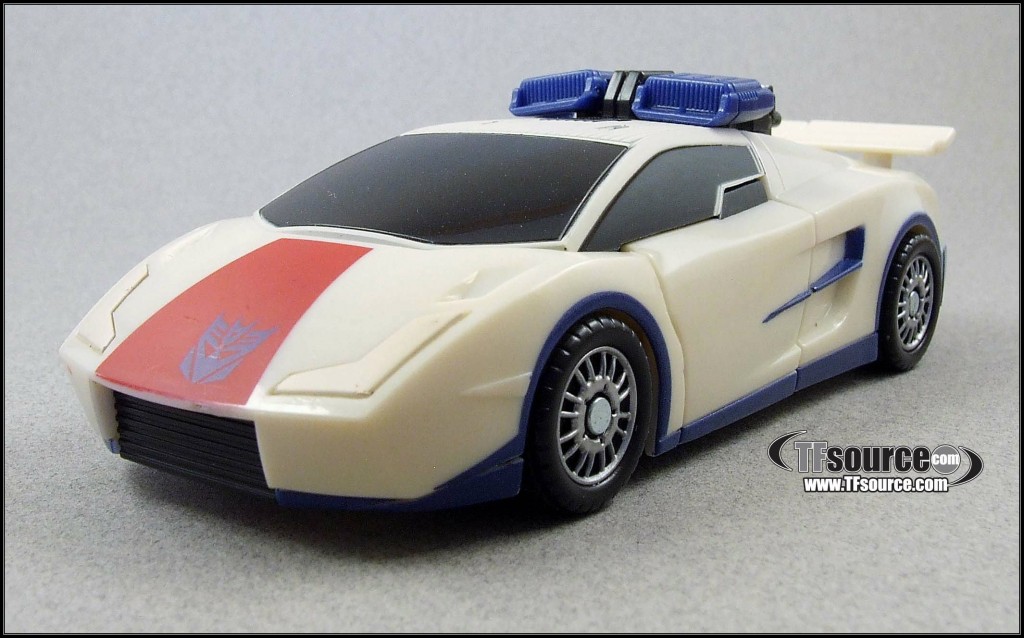 Breakdown is a redeco of the G2 Breakdown mold from Botcon 2010. I’m assuming the TFCC had this one planned for awhile, just needed some outlet to release the figure in. As mentioned, Breakdown has gorgeous paint apps that are done very well against a predominately off-white body. I would have liked to have seen some type of license plate nod, but overall I’m more than pleased with this slick Lamborghini-esque alt mode. 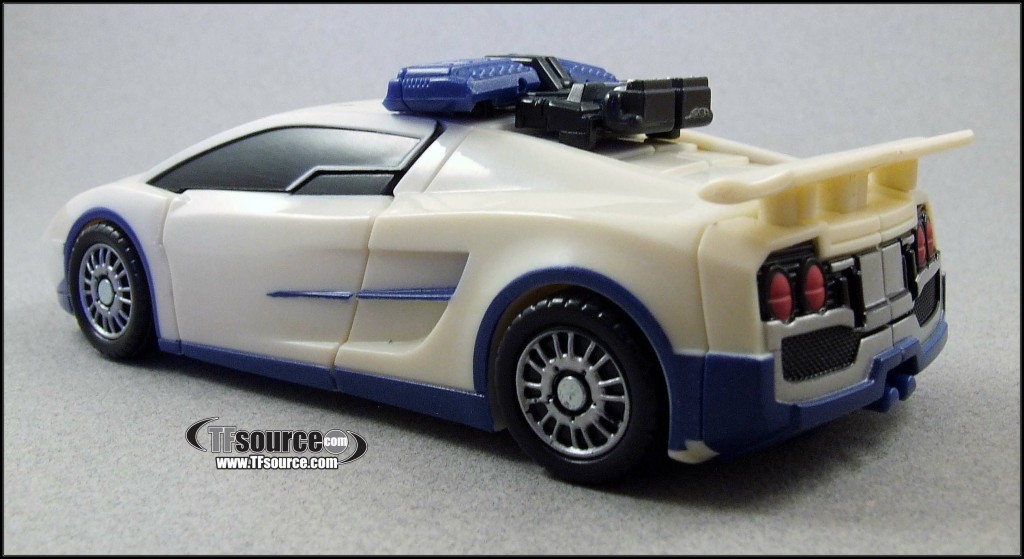 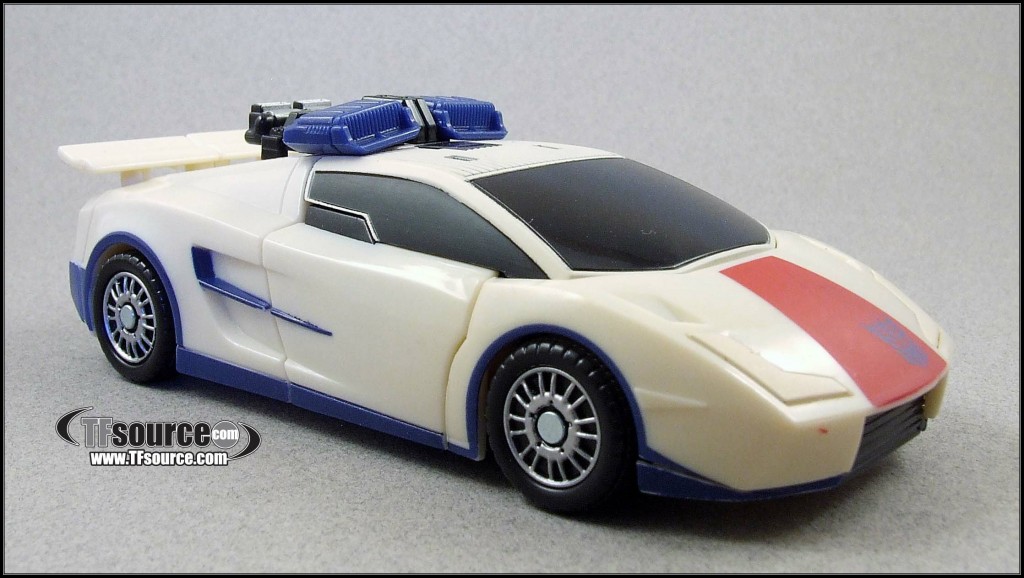 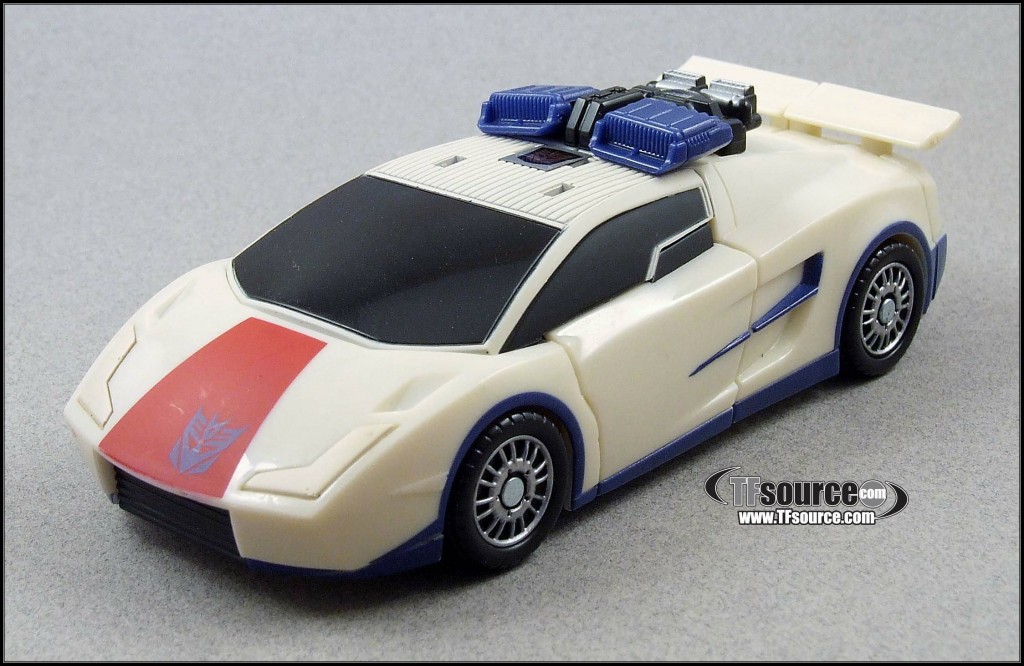 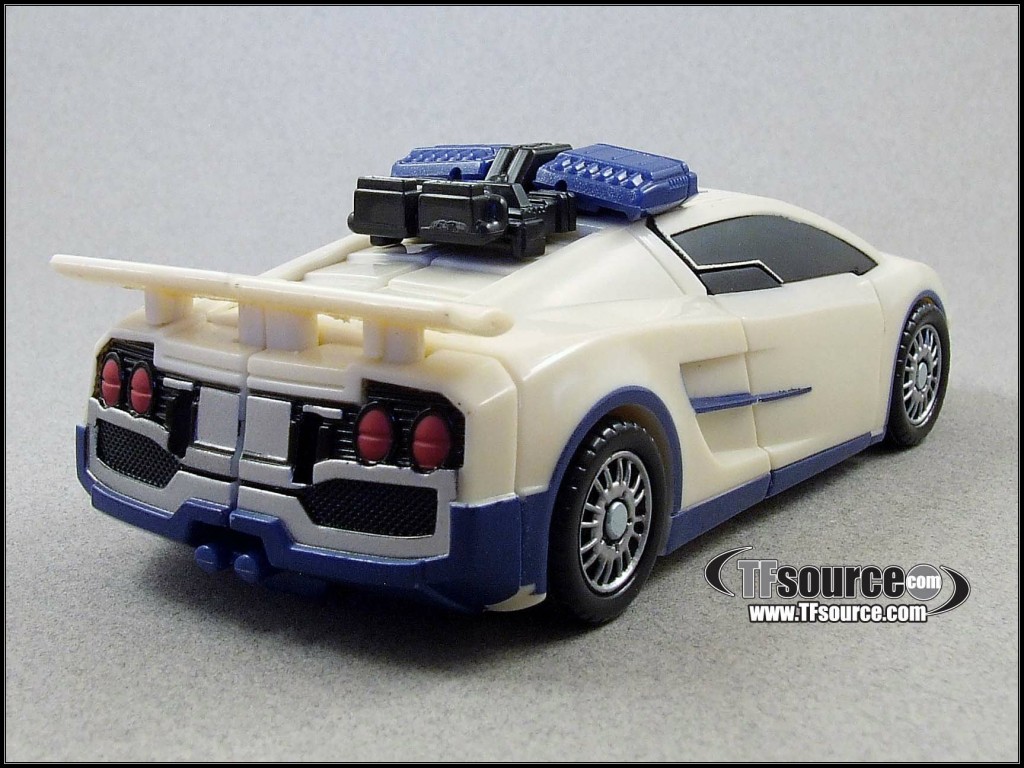 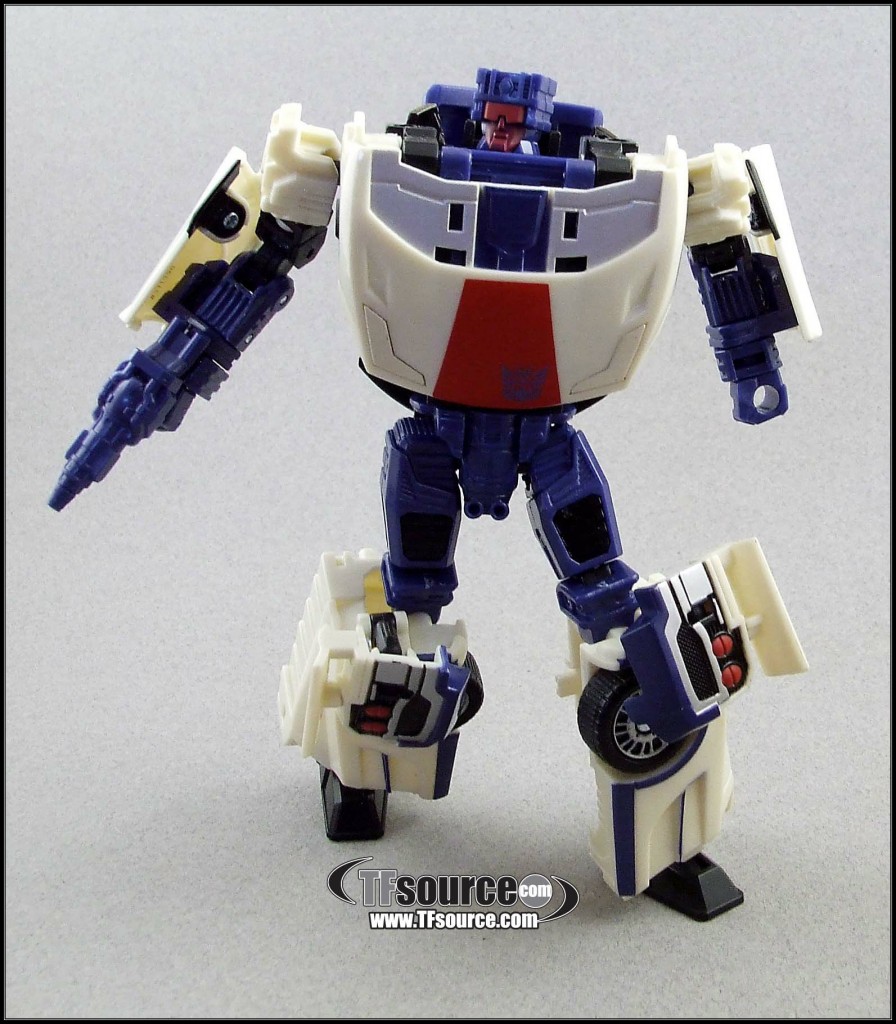 This mold has been done to death and it really seems it’s on its last legs (pun intended here). When you get Breakdown into robot mode you’ll notice his legs can be loose, which has to be credited to the sheer number of times the mold has been used. It’s distracting, but you’re not losing any functionality because of it. 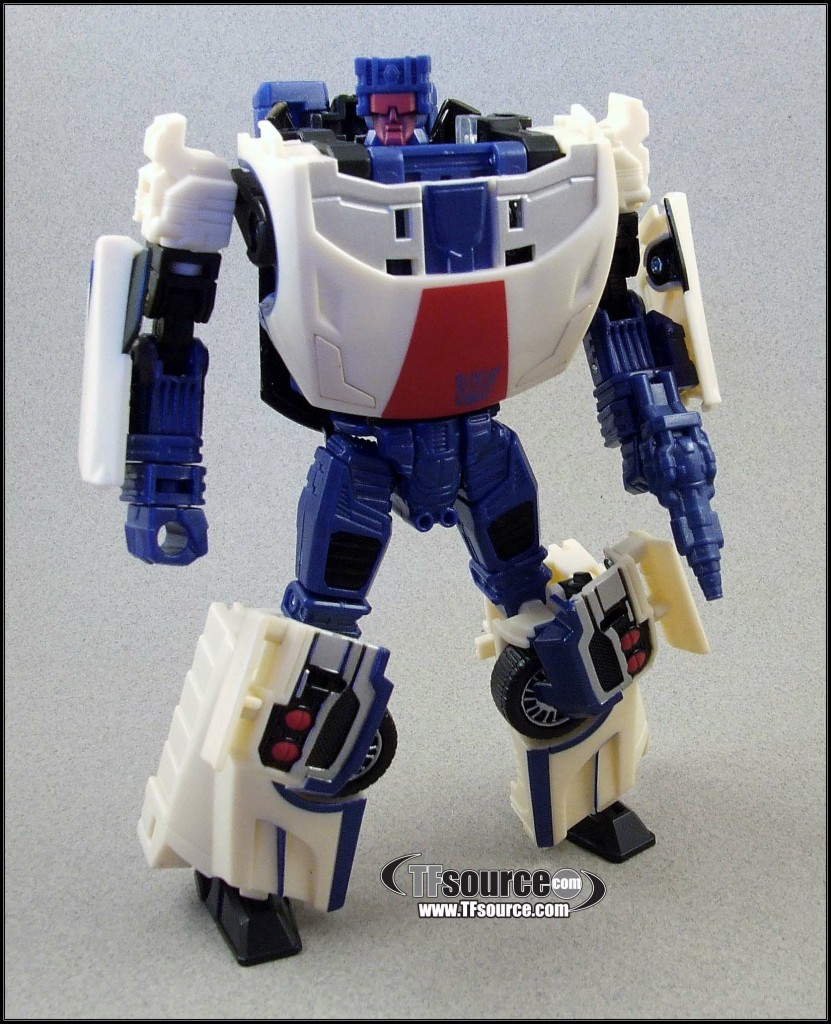 In robot mode, Breakdown has a stunning mix of a blue, red, and off-white paint pallet. The “new” head sculpt is spot on to what Breakdown should look like. The figure also has some of the nicest range of articulation in recent years, since the mold does come from one of the “Golden Ages” of Transformers (Transformers Universe), so you will easily get your play value with this figure! 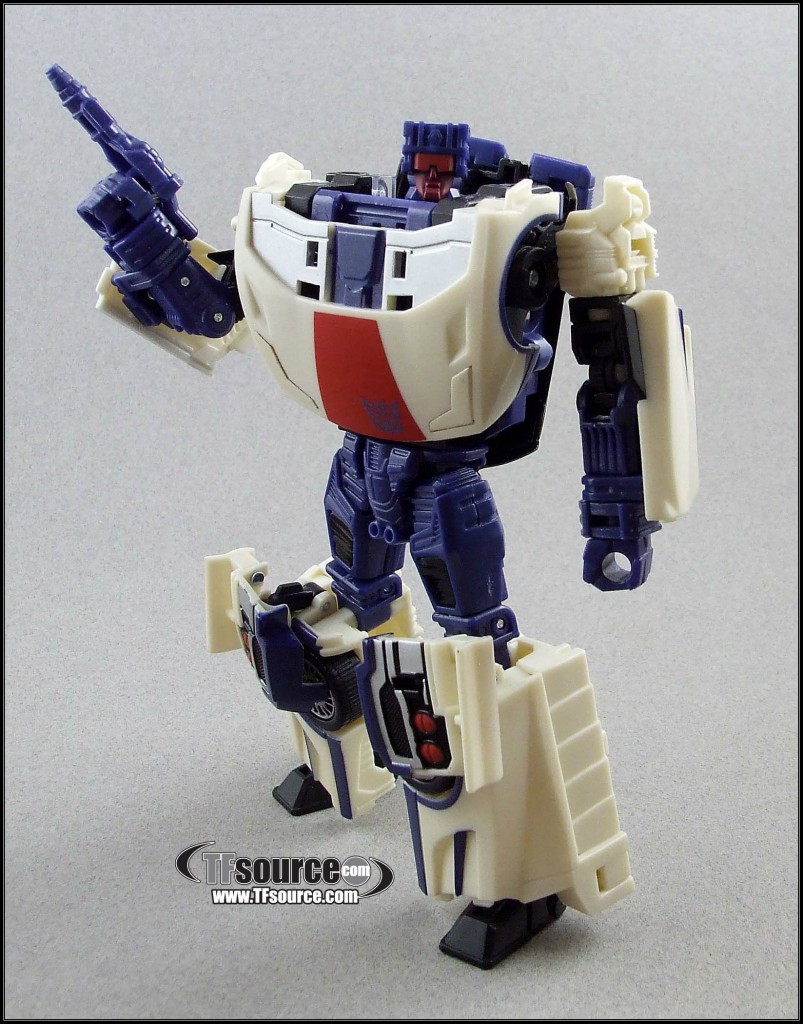 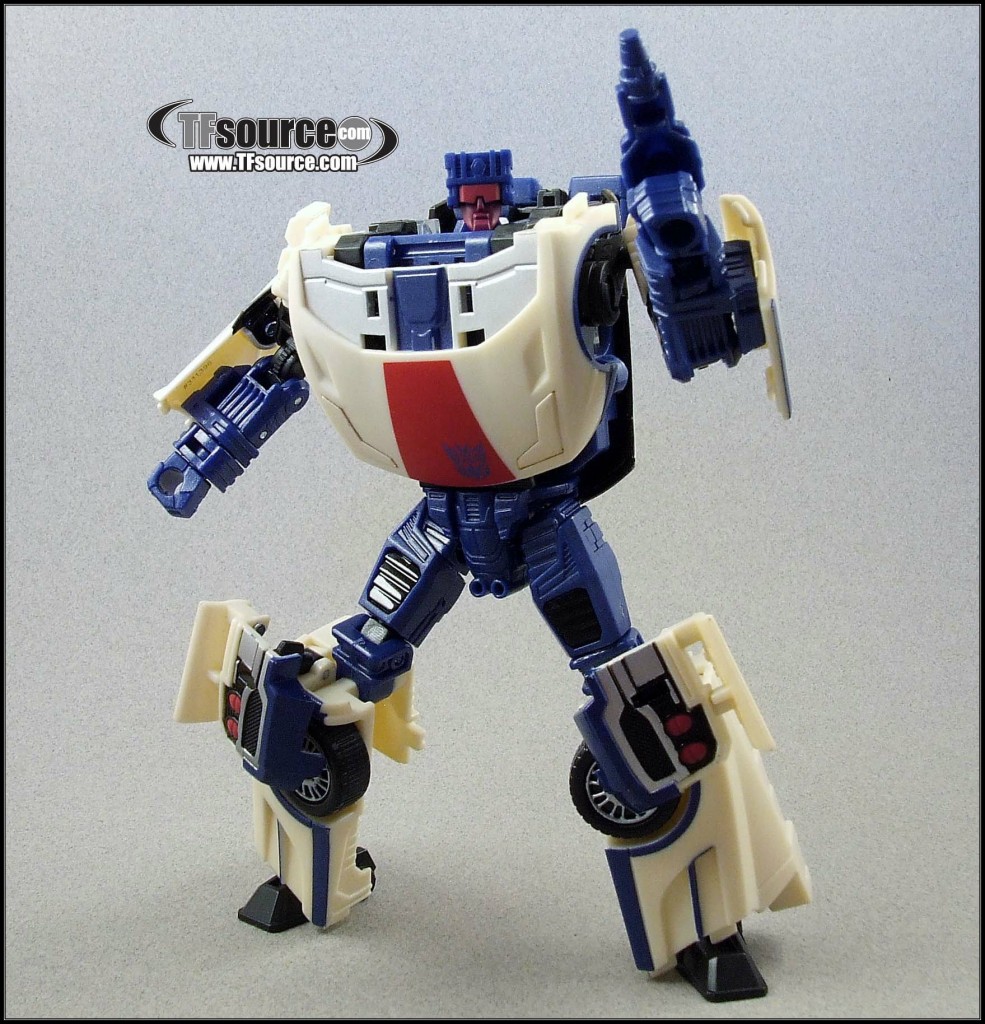 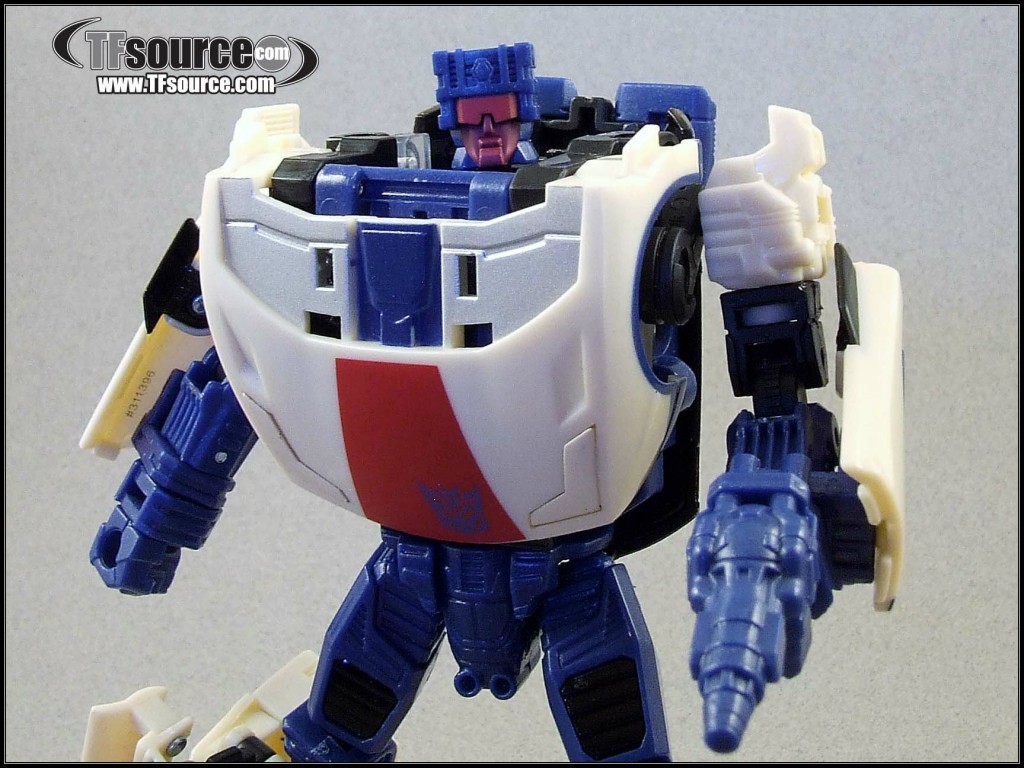 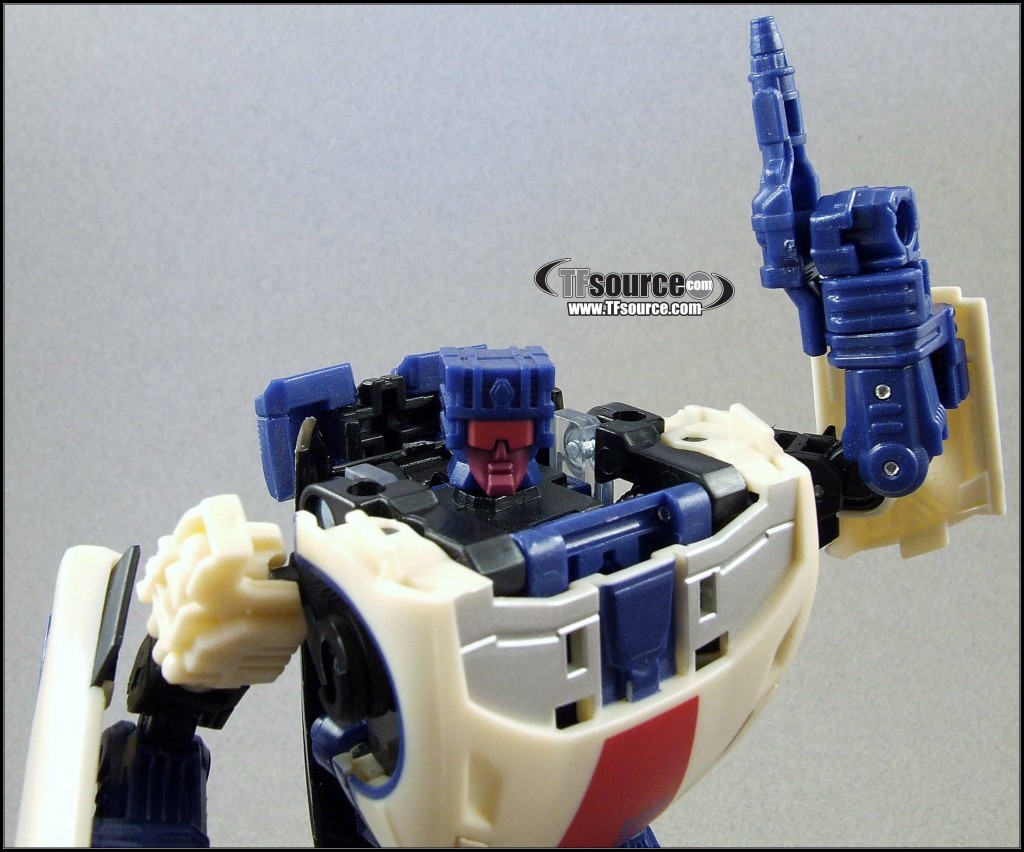 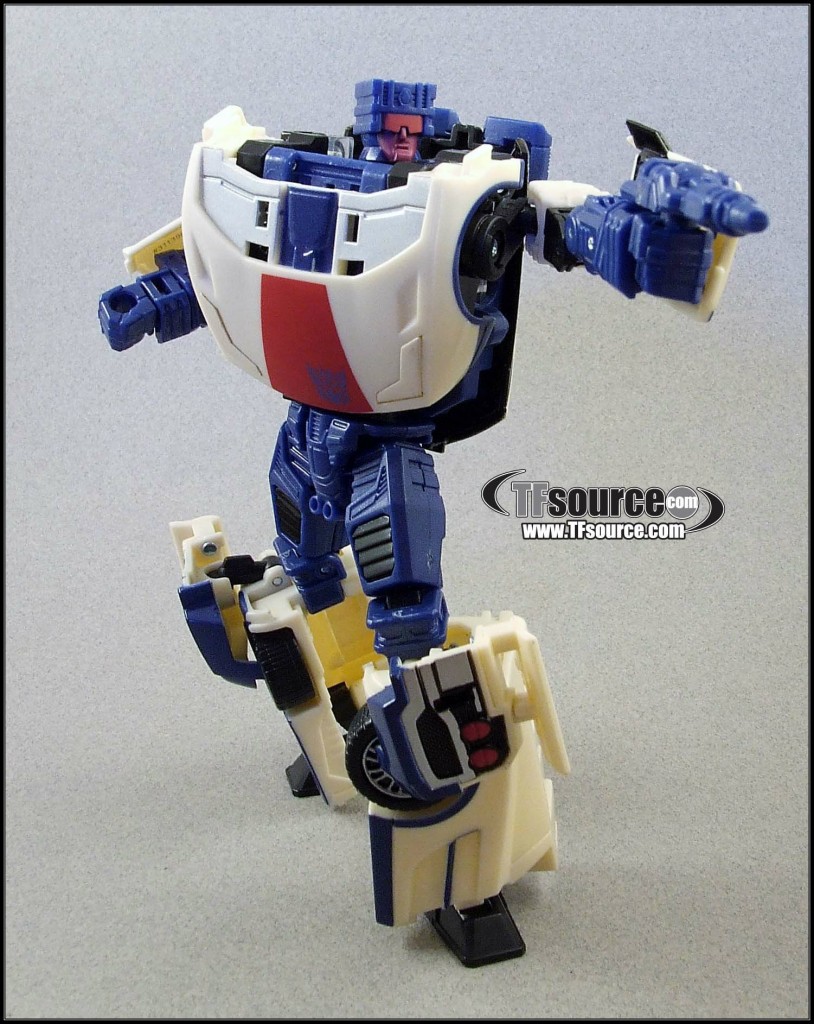 Although Transformers fans now have a few different options for a “Classics” Breakdown, the TFSS one is nothing short of a homerun in my opinion. For a “Classics” collector, this is nearly a must-have, only falling short of a “BUY IT NOW” vote due to other options of Breakdown figures we have now. Still though, I’d say this is more than worth the price of entry as you’re getting a popular combiner character (sans combing feature…) using an awesome mold.

And don’t forget to pre-order the new TFSS 2.o figures!

Thanks for reading all,