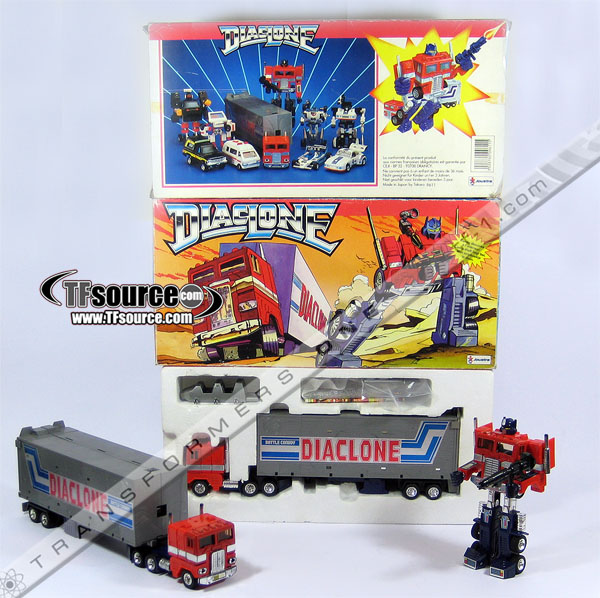 Don’t judge. You can’t judge, not in this game, with its myriad population of collectors and enthusiasts. There will be personal admissions of guilt and opportunities for ridicule and vigorous head-shaking, but you can save your pity for those who don’t see what they are doing to themselves and aren’t having fun. Feel free to spend your 2 cents, pence or vehemence in condemning someone who is “not doing it right”, who is not as enlightened as you, but the enthusiasm, enjoyment and pleasure are real, as real as the mentality itself. This is my hobby, my problem, and it follows me everywhere.

I analyse myself and my own collecting habits in this column as often as I do the toys I’m supposed to be writing about, because as much as collecting Transformers can be about toys it’s about people as well, and about mindset. We’re all different, our series of Giving Up/Not Giving Up articles littered with contributed wisdom and experience are proof of that. As much use as informational articles about certain variants and toy history can be, members of the community can also benefit from hearing about the collecting experience itself as well as the objects it revolves around. If someone can see in themselves what I will share here, maybe they can make a few better decisions. 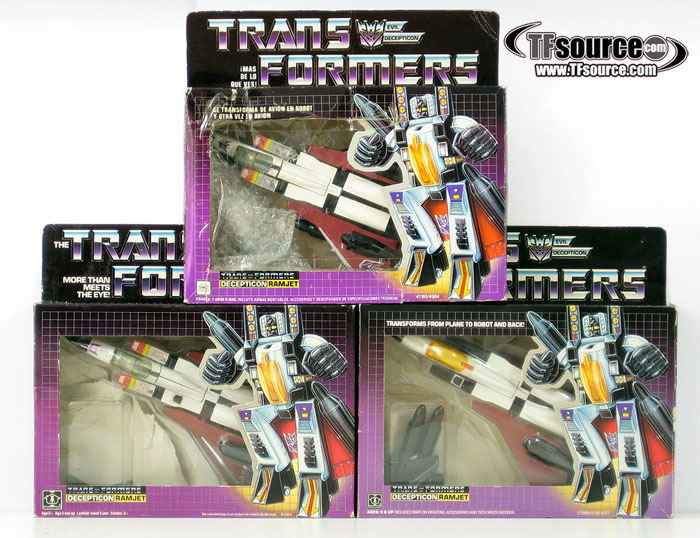 Variants, oh mercy I love my variants. If I find something I like, a figure, a toy line, a concept, I’ve got to weave a tapestry of every different version of the wretched thing that Takara, Hasbro, Ceji, Iga, GiG, Milton Bradley, El Greco, E-Hobby or your little dog saw fit to produce. That’s my tribute to something I have fallen in love with, the shrine I want to build to express the affection I feel for Ramjet, or Mirage, or Joustra Diaclone or Binaltech Smokescreen or the Minicon Six Speed. 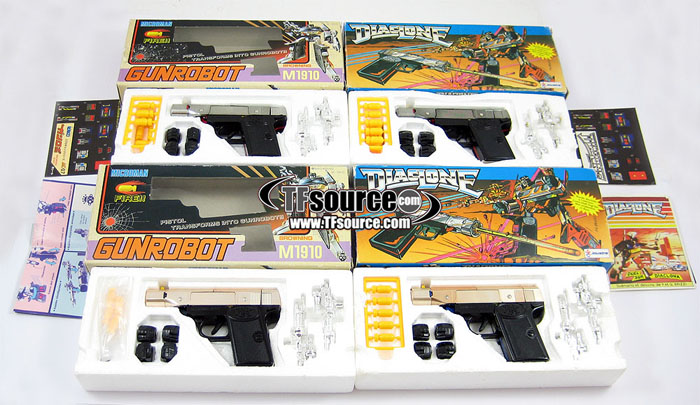 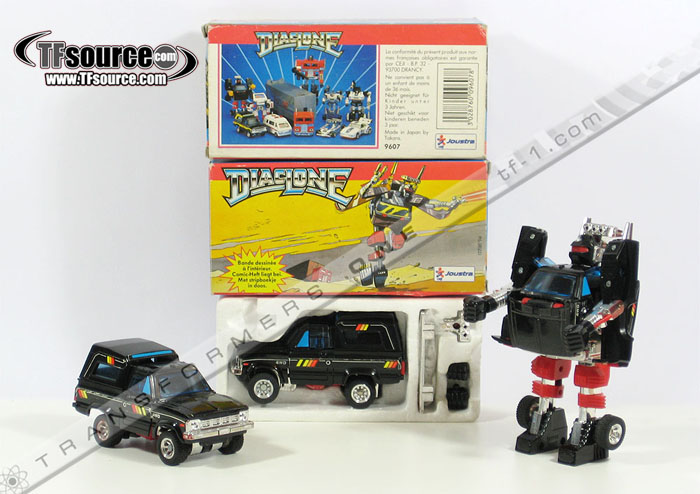 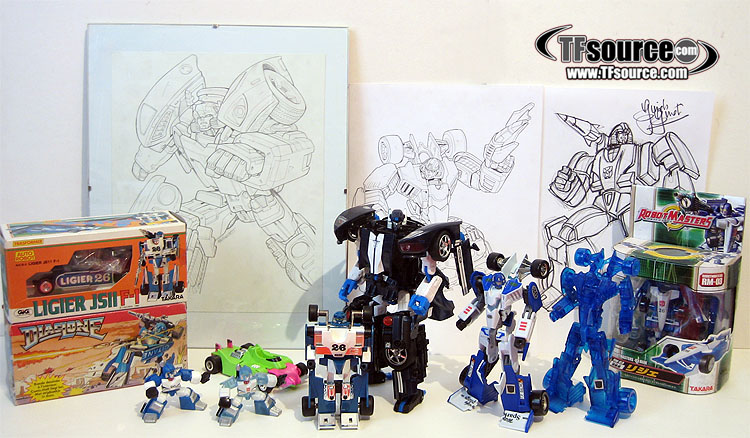 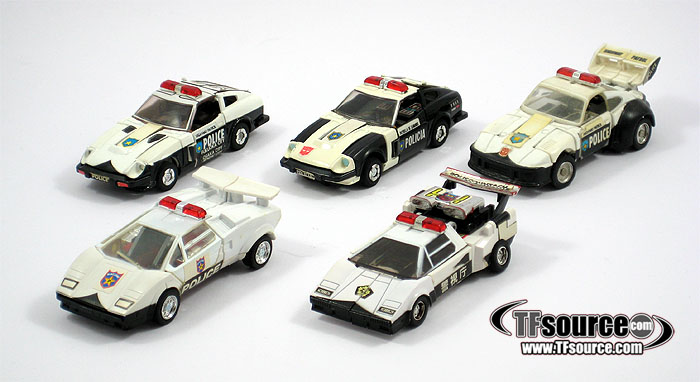 Yes I heard the damn alarm bells, I was just enjoying it too much to care. There was mileage in this approach too, discoveries could be made, I could build a collection of specialisms where every shelf was a dedication in its own right, a tribute to all the specific things I found appealing about the Transformers universe. It was something, not one thing, not everything, but my thing. And I loved having a thing, but invariably there’d be cripplingly rare or expensive members of every section of collecting that were either out of reach, or purchased and therefore irreplaceable. Every other figure in that set would be inextricably linked to the centrepiece, the talisman, the rarity. If it went, they all had to go. If it stayed, they all had to stay. 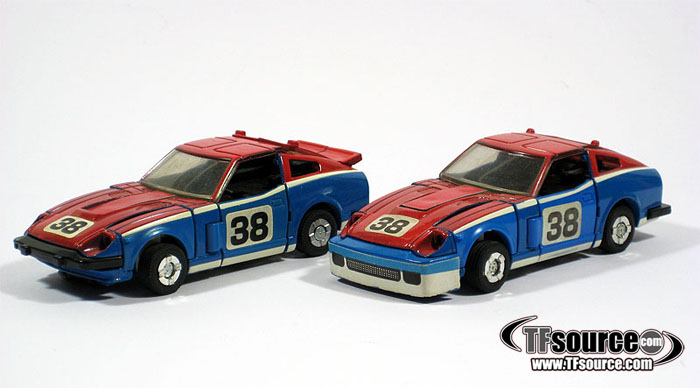 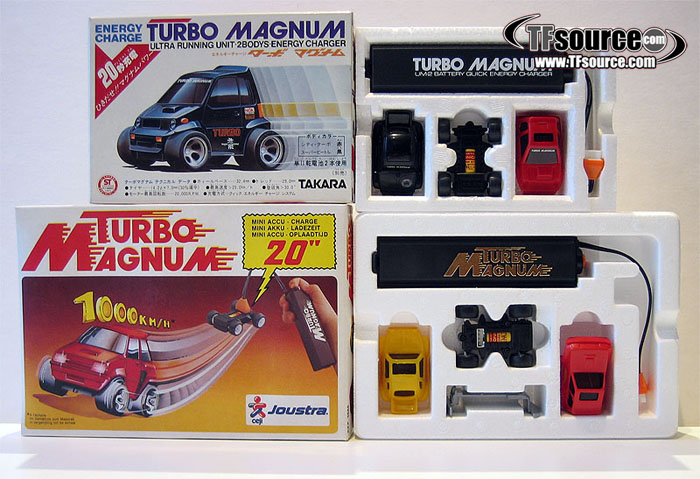 Obligation is a bugger as well, not some perceived obligation to the community, but to yourself and your self-styled specialist collection. If you simply must have every version of something to validate the previous purchases, then commitment to buying things you don’t truly want can be a real pitfall. Read every collector interview we’ve published, it’s universal advice from all of our featured collectors to only buy what makes you happy. But maybe that item, in that moment, is not the item that would bring you the most joy, but is a piece in a bigger puzzle that will ultimately lead to greater satisfaction. It depends on whether you are amassing things you like, or you are building something you will like. Or one of the thousand stops in between. 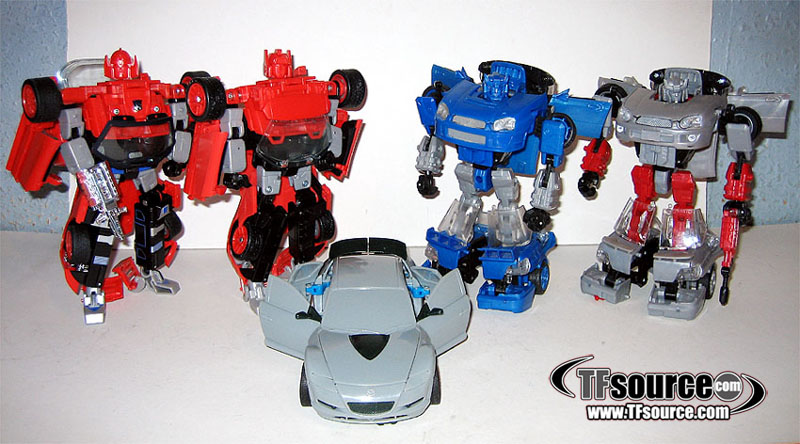 Right or wrong, this has been my mentality throughout the majority of my collecting life. I was collecting every version of every Joustra Diaclone released in order to create the world’s most definitive resource on the subject and to derive immense satisfaction from completing something so colossally difficult and never-before-done. Before that I was buying every version of every Binaltech KO to augment my official BT/Alternator collection until it became unmanageable to have endless versions that seemingly continue to be made. Then there was Six-Speed whose variants I was buying for a laugh before they started to get limited and expensive, or 2007 Movie toys, store displays, paperwork and drinks bottles…I needed to complete something. Completely. 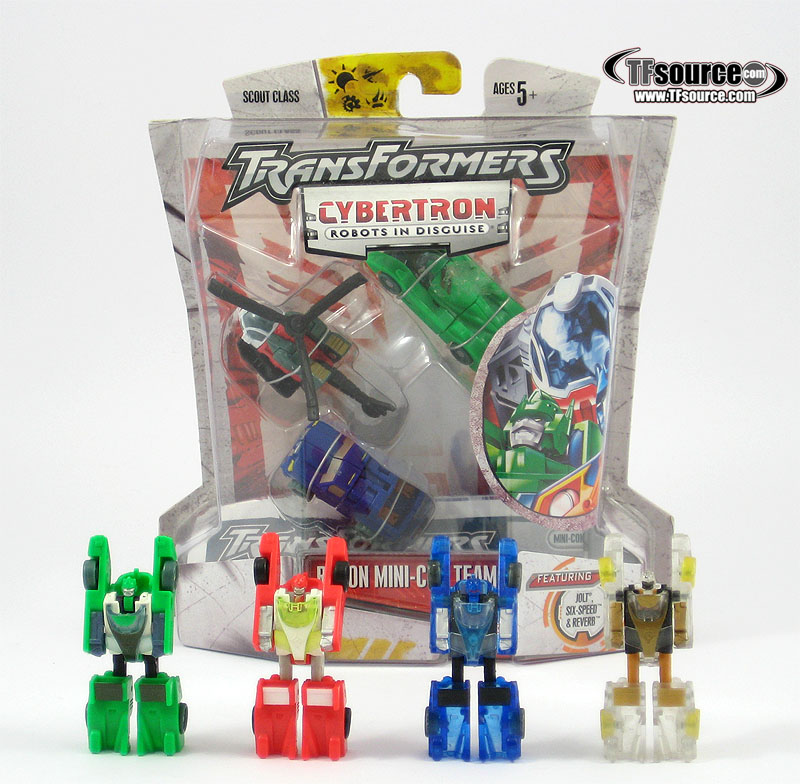 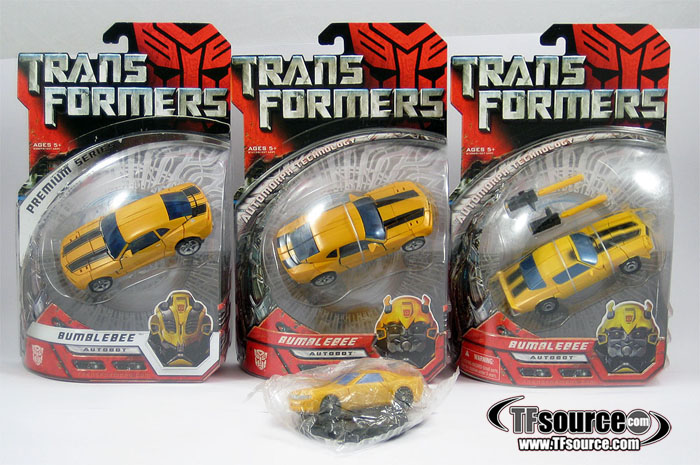 That feeling of having an end goal, a target, a final destination that allowed me to stop and take stock of the achievement and the journey was always present in all the choices I made. The thought of simply surrounding myself with a whole lot of things I liked but that were not tied together with some theme or purpose, where there was potential to carry on forever, well I just didn’t want that. When one of these targets or goals became seemingly unachievable, or I’d need to wait a number of years to be able to find the missing piece(s), the focus would shift to something else I could complete. The most recent example is Transformers GT, where I have gone out of my way to get every toy, exclusive, piece of paperwork or publication that features this concept. 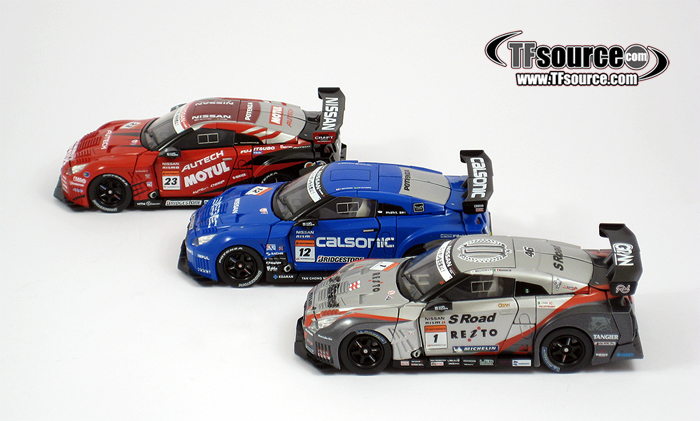 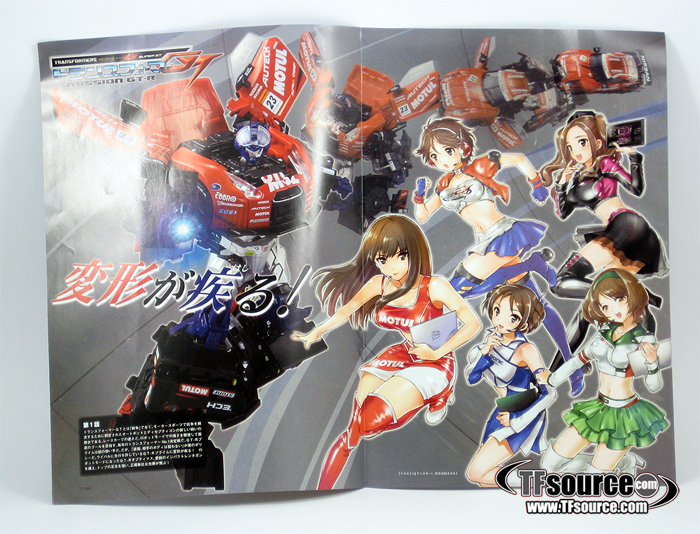 Even this is difficult, I missed an auction for a Transformers GT/Super GT race calendar that I have only seen once, but could end up being my modern day equivalent of a vintage 1986 Transformers The Movie Hot Rod telephone card from Japan.  It’s still early days though, I may yet find it and complete this area of Transformers, so I can finally sit back and take some pride in finishing a project I have started, because I love to inflict projects on my collecting. Will it somehow mean I enjoy the toys themselves and the possession of said peripherals more? I wouldn’t know, I haven’t completed anything yet! Not Joustra or Finnish Diaclone, not Japanese Diaclone, not G1 Transformers, not Binaltech, not Metals Transform, not Six Speed variants, not Transformers GT and not Masterpiece. 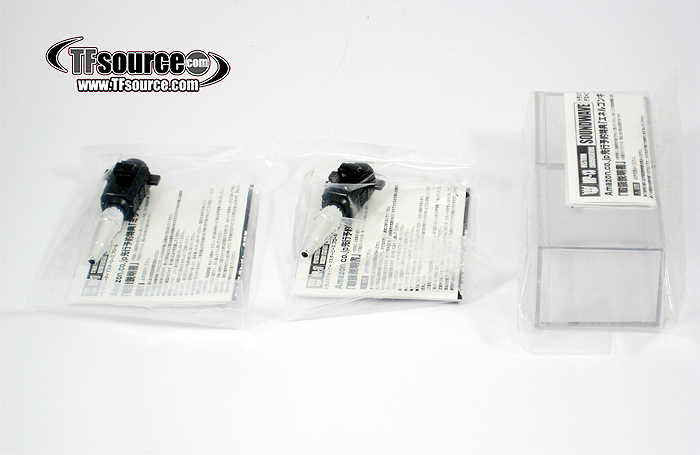 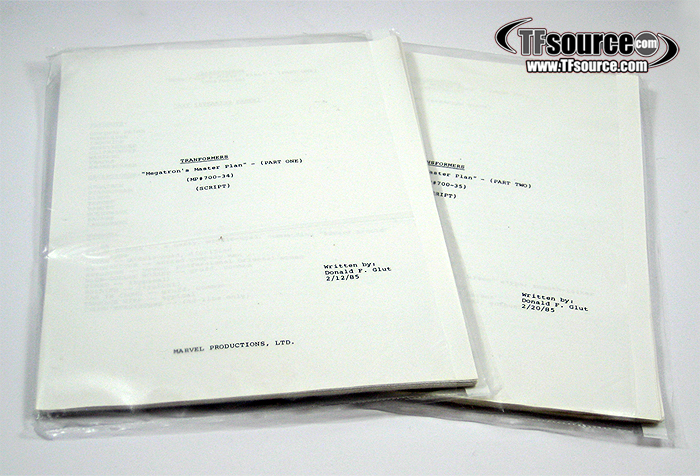 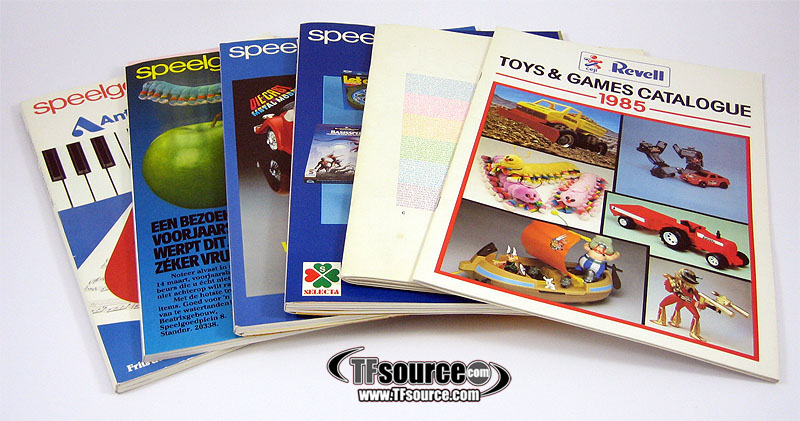 Paperwork is a great one, how can you ever know your collection is complete? Every month I seem to see a new European vintage catalogue or trade publication that has some remote reference or picture of a Joustra Diaclone. Can I really hope to have them all? Is it conceivable? A year ago when a few popped up that none of us had seen before – yes I believed it was. But that tide did not stem, there are more appearing all the time. And when that one person in Germany can’t sleep, and decides to finally list that dusty old catalogue that has been sitting amongst his late grandfather’s old belongings on eBay with a reasonable Buy-It-Now price, but I’m asleep and it’s immediately snapped up by a US collector…well you just can’t control that can you? Pick something easier and more plentiful to complete, if that’s your affliction! 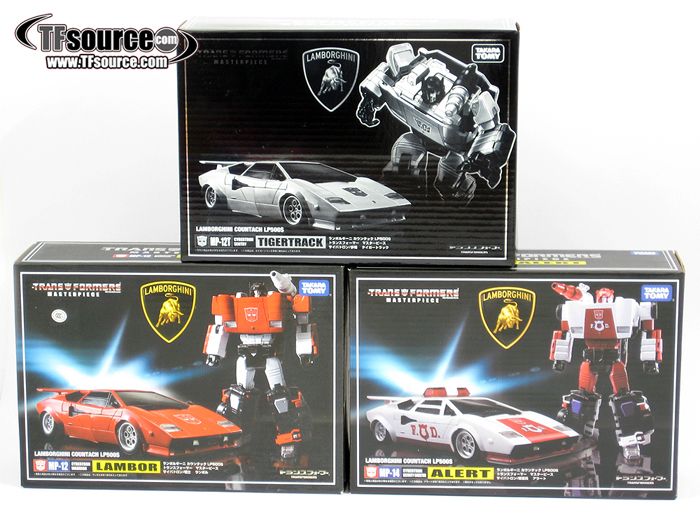 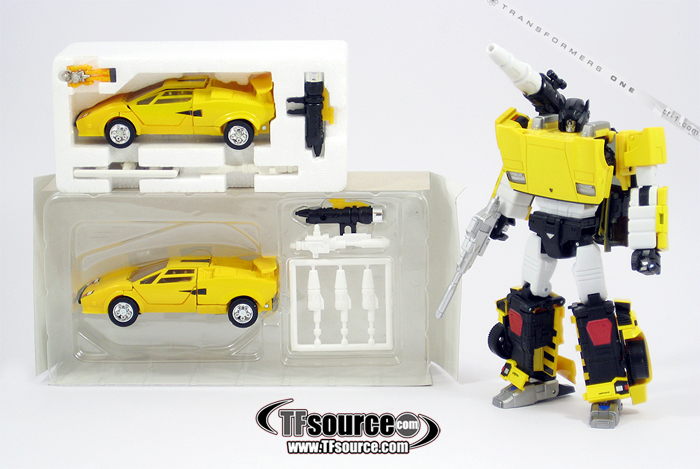 So why the rant, the analysis and the admissions? Well, as predicted in various other self-indulgent blatherings of mine over the past two years, I finally reached the point where real life priorities were requiring enough of my income that buying new toys became a bit of a problem. Vintage Diaclone is now out of my financial reach, Masterpiece toys are costly and horribly frequent, 3rd Party is also costly and a slippery slope. I have also finally run out of ‘expendable’ non-essential items to sell in order to fund new purchases. I’m there, I am finally there. But in fact, I haven’t just ground to a halt, I’ve flicked the switch; I have agreed to sell a number of my rarest Diaclones to help add to our first property fund, and I do it without regret or remorse, but it has sapped the juice out of my drive to collect vintage Transformers. My Alternators original artwork is also on its way out. 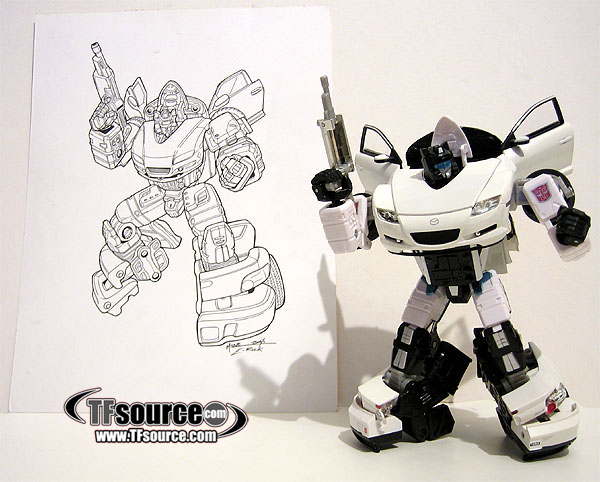 What’s all this got to do with ‘The Mentality’? Interestingly, I couldn’t even own just one piece of original Alternators box artwork as a novelty treasure, I had to get as many of the things as I could lay my hands on, and even variants therein! And that’s really the crux of the matter at hand here. Having realised that toy collecting was getting to be a luxury too far, I was introduced to IDW’s remarkable Transformers: More Than Meets The Eye comic series. I am both ashamed and unashamed to admit that I read them all online through slightly questionable channels, but immediately made the decision to buy individual issues of the comic starting at the beginning because I loved it that much.

So there it is again, that compulsion to pay physical and tangible tribute to something I had grown to love and respect, the symbolic purchase and ownership of every individual issue of ‘MTMTE’ that I had already read and could read again online. But that was fine, comics are cheap, practically worthless in comparison to the heavyweight toy buying I had been doing for a decade and a half. Of course it wasn’t going to stop with “I’ll just get the covers I like for each issue”, no, I am now hunting down every cover, incentive variant and show exclusive version of every MTMTE comic, and even certain preceding series and issues that James Roberts or Alex Milne have worked on, or any comic that features Drift. The disease had officially jumped species.

Just like the toys, certain items are horrendously difficult to track down. Just like the odd legendary Diaclone, I have been led to believe that the SDCC exclusive cover for IDW Transformers Ongoing #22 actually doesn’t exist. What a delicious mystery! Irresistible! But again, they’re just cheap comics. It’s a more honest pursuit of beautiful storytelling as opposed to materialistic ‘plastic crack’. They’re not mega-expensive high-end vintage collectible toys being fought over by voracious collectors with fearsome budgets. Well, maybe not, but I realised this week that in the space of 2 months, I had spent almost $700 on IDW comic-related items.

Alright, some of that figure includes original artwork for a certain MTMTE issue purchased from the inker himself, and a few choice high-end items from IDW Limited including MTMTE #1 and #17 sketch cover variants and a ‘Comicfolio’ for issue #17. Thank all the gods in all the heavens that they had sold out of the $400 “Blue Label” Drift box set limited to 10 copies. That’s a decision I would not have wanted to wrestle with. Shipping stacks of comics from the US has not been cheap either, and $10 for a comic did not seem ridiculous to someone used to spending 200 Euros on empty styrofoam inserts.

So ‘The Mentality’ has surfaced again, in something as relatively innocuous as collecting a comic series I enjoy deeply. A series that brings me heaps more joy than my imminent Masterpiece MP-17 Prowl and MMC Feralcon Bovis ever could. I had to chase all the variant covers, I had to create a shrine and build something. I had to complete a collection. Obviously I need to reign it in because I find myself in a position where I have to sell more things to make up for the huge expenditure, one that I didn’t track closely because I never thought so many small purchases could amount to such a sum. One pursuit has replaced another. But I cannot deny that it has been simply wonderful finding and purchasing – then reading and re-reading – these comics.

I may ask you to resist judging, avoid the urge to point and laugh, reserve your pity and stay your condemnation. I don’t want to hear about how to “do it right”. But by putting it out there, I am giving you the licence to spend your 2 cents, pence and ‘common sense’, for I have had fun. This is my hobby, my problem, and we are very happy together. 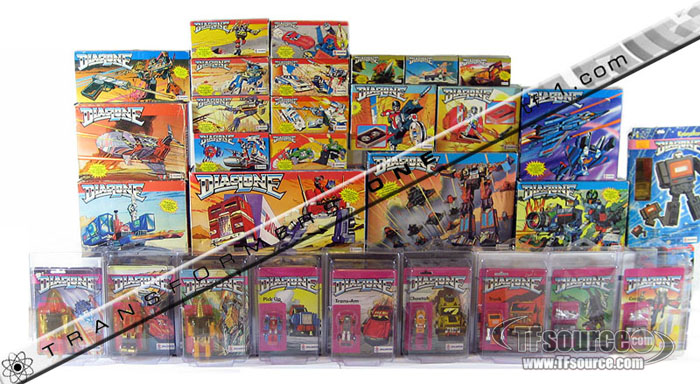