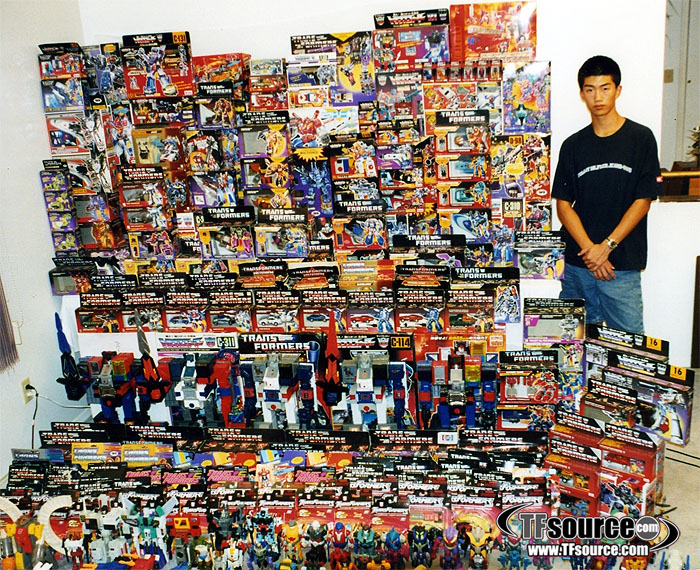 Some have more to miss than others

It’s time for a change. So far, all of the collector interviews we’ve had on Source Blog have focused on one perspective, that of people still in the game. This month, again, we’ve picked a very prominent and well-known collector whose name and online handles may never be forgotten as long as the hobby exists, especially by those of us who have been collecting G1 Transformers for over a decade. The main difference this month is that our spotlight collector is no longer collecting! We’ve altered the questions a little bit in order to allow Chuck Liu an opportunity to share with us his memories, his experiences and give some insight into the man behind the website that inspired so many of us all those years ago. 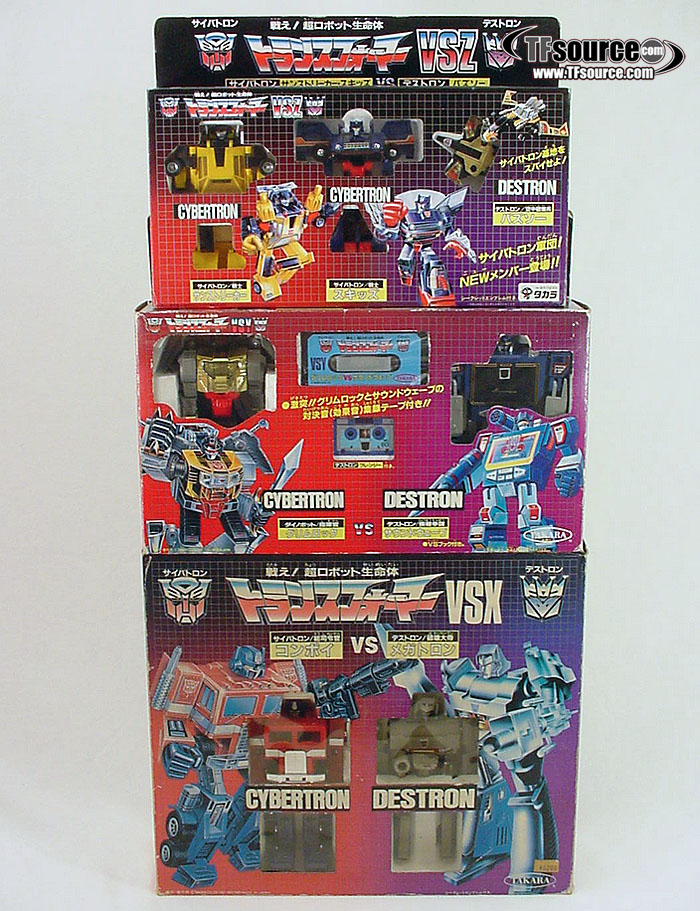 1) Who are you and what did you collect?

Believe it or not, that’s actually a complicated question. My name is Chuck, but in my collecting days in the late 90s and early 2000s, I went through the handles of Misfire, then Fracus, then Artfire2000 (Apparently, I had a thing for Targetmasters). But maybe more interestingly, people interacted with “Peter,” which was actually my dad’s name. At the height of my collecting, I ran the website Artfire2000.com, where I showed pieces from my collection and sold items I picked up from other places. However, because I was between the ages of 12-16 during those years, all of my wheelings and dealings happened through my father’s address. Let’s be honest, which collector in their right mind would have knowingly sent hundreds of dollars to a middle school student? (And which father in their right mind would let their kid conduct international transactions with strangers without some semblance of oversight?) It was a good arrangement! 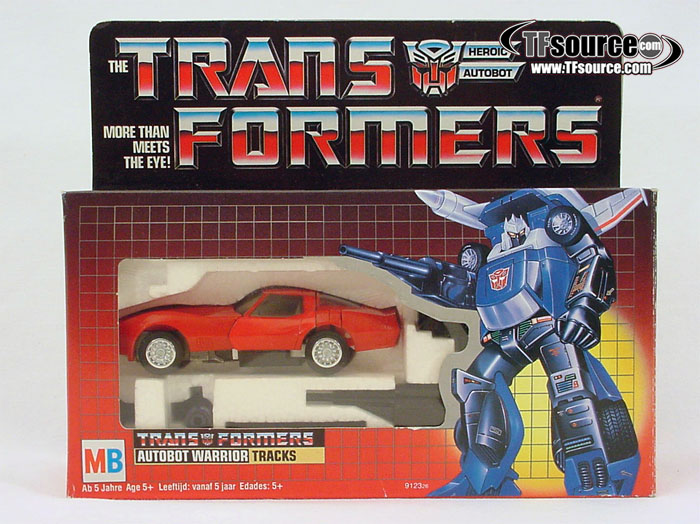 Still a holy grail for many

In terms of what I collected, I took a lot of joy in hunting down Japanese exclusives back in the days before they were super well-known. The different characters, moulds and colors were an alternate universe from the US toys I was used to seeing at conventions and collectable stores. By collecting Japanese variants, I found myself getting into foreign variants in general, and eventually spent a lot of time hunting down obscure (for that time) variants from Mexico, Europe, Canada, etc. As Transformers made a comeback in the early 2000s, I got bogged down with Lucky Draw and contest items, which is actually one of the reasons I quit. Having a bit of an itch for collecting variants, I couldn’t keep up with the sky-rocketing prices of just-released Lucky Draw items. 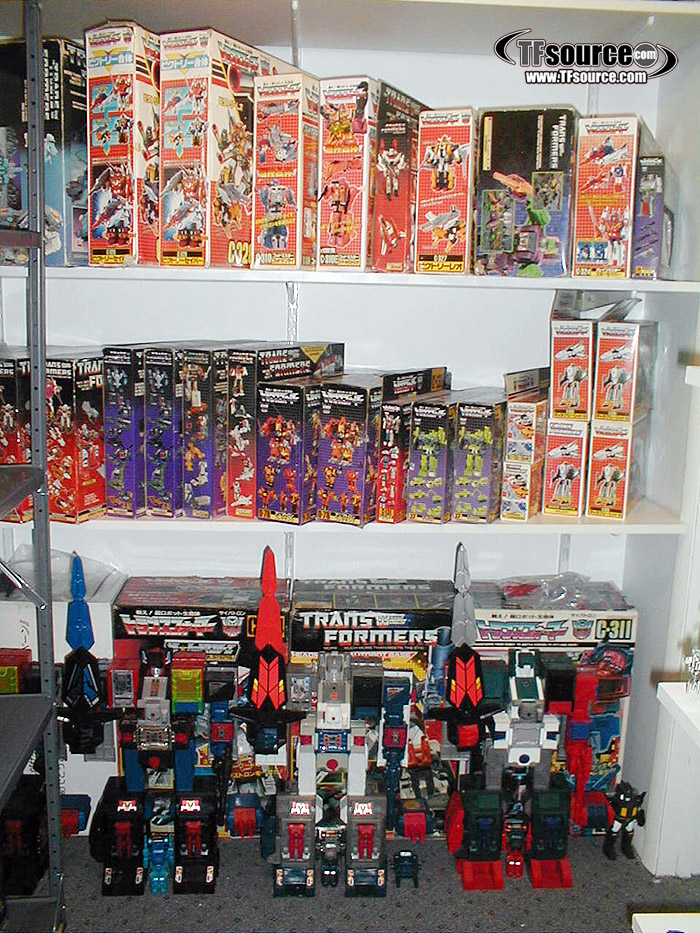 Almost unthinkable to have duplicates of some of these today

2) What was the collecting scene like over 10 years ago?

Maz calls me retired, which is true. But I’ve never stopped following the market and trends. I sold everything on a bit of a whim (and angst) but have never gotten over the feeling of holding a pristine original item in a beautiful box. I started collecting in the days of alt.toys.transformers, the usenet group, right when people were discovering that the internet could facilitate the furthering of our mutual hobbies. Sites like Fred’s Workshop were favorite haunts in learning about variants, and eBay was just a blip on the radar. This was when I could go to flea markets and still pick up the occasional loose G1 figure. This was also a time during which one could still “discover” a significant toy variant. For instance, while I’m sure there were collectors out there who knew of it, I like to believe that I “discovered” G1 Yellow Constructicons, or at least popularized their existence in US collecting circles. After running across some loose ones and being convinced that they were not G2, I hounded French collectors until I found some sealed on card and proved that they were indeed an early G1 release. I remember using translating websites to secure my Italian Tundertron (Abominus) giftset, or translating Yahoo Japan listings for Celga to bid on. It was quite an exciting time, where “new finds” were still being made, and there was still a debate as to whether or not a Blue Bluestreak existed. 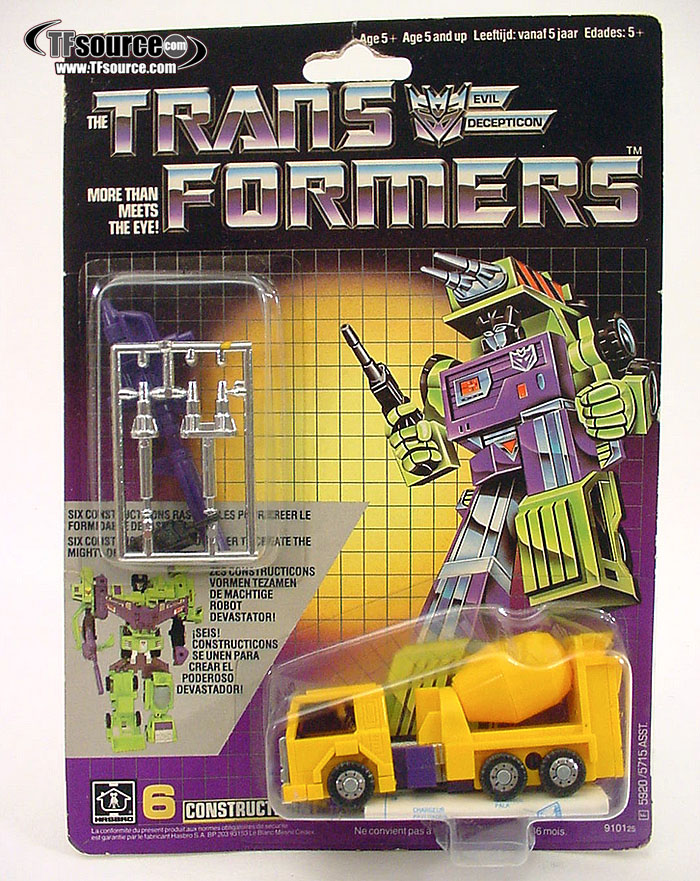 A collection achievement in any era

3) What do you think of the scene today and in the future?

Stuff is EXPENSIVE. I thought stuff was expensive back in the day, but the introduction of high rollers who will fork over hundreds and thousands for AFA graded items always surprises me. Pretenders that you couldn’t sell for $60 going for hundreds? Blows my mind. I don’t wax too philosophical about the state of collecting, but I do love me the effort Hasbro and Takara are putting into things like Masterpiece figures. Knowing my habit of wanting to complete things, I don’t think I’ll ever fully start collecting again since I simply can’t afford the items I used to own. With that said, it’s fun seeing the popularity Transformers has gained since the movies. As a kid, I used to get excited seeing a red tractor trailer rumbling down the road, imagining what it would be like if it transformed. These days, I still get excited seeing one, except now, it has a huge Autobot insignia on it. All the better.

Seeing the explosion of G1 characters and homages from both Hasbro/Takara as well as 3rd party makers blows my mind. They make the very toys we had to use our imaginations for in the past. I’m really excited to get my first Masterpiece figure in the mail soon, but at the end of the day, I’d still take the clunky plastic and metal one in retro artwork and a pristine box. At this rate, I’ll be able to have a kid, get them hooked on G1 cartoons, and still be able to have them see recognizable toys in stores. 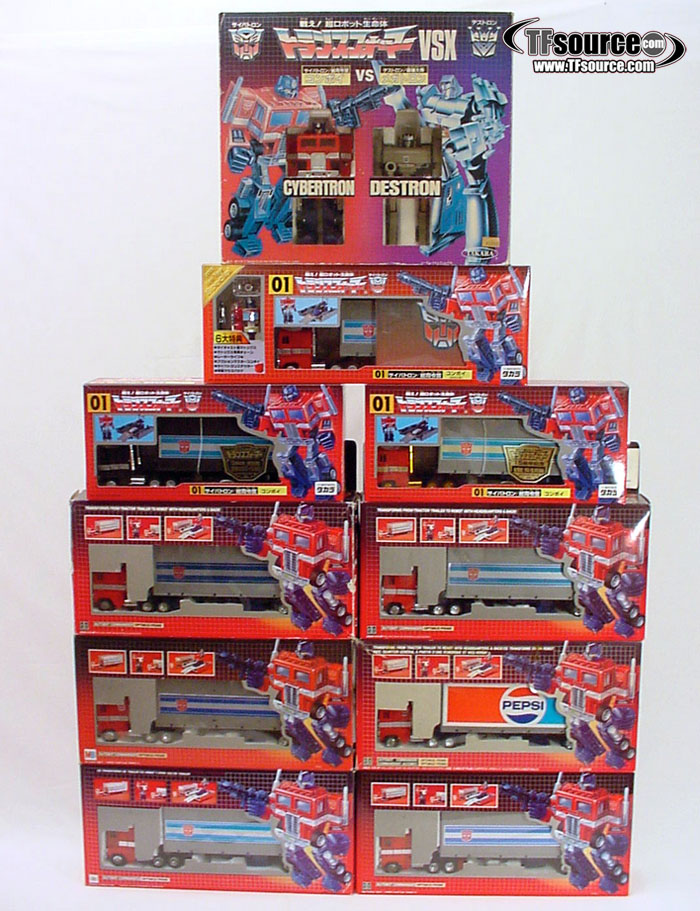 Oh my goodness, there have been so many. Every variant item that you find and buy in the hope that it’s what you thought is like hitting the jackpot. I’ve long forgotten prices I paid on some individual items but two purchases stand out to me. First, someone emailed me out of the blue indicating that they were trying to sell some transformers, and said he had a lot. Making my dad drive 2 hours away, I met up with this individual at his house, who proceeded to empty out two industrial sized barrels of loose G1 TFs, scattered with techs specs and unused sticker sheets. At the time, I paid maybe $300 or $400 for a collection easily worth $3k.

However, my biggest score is longer story. I, being Chinese, visited my relatives in China 1996, before I was really into collecting (I was 10). I walked into a normal department store, and found myself staring at a wall full of sealed Headmasters, Powermasters, and Japanese TFs I had never seen before. There were store displays and dioramas with Scorponok battling other Headmasters, and Landcross fighting Liokaisar. Being a 10 year old, I didn’t know what I stumbled upon, but found myself drawn to the biggest item there: A Fortress Maximus. My aunt saw the lust in my eyes, and the following week, I found myself in possession of a brand new Fortress Maximus. It was only after I brought it back to the US that I discovered what was going on: Hasbro was releasing old G1 Transformers in China. 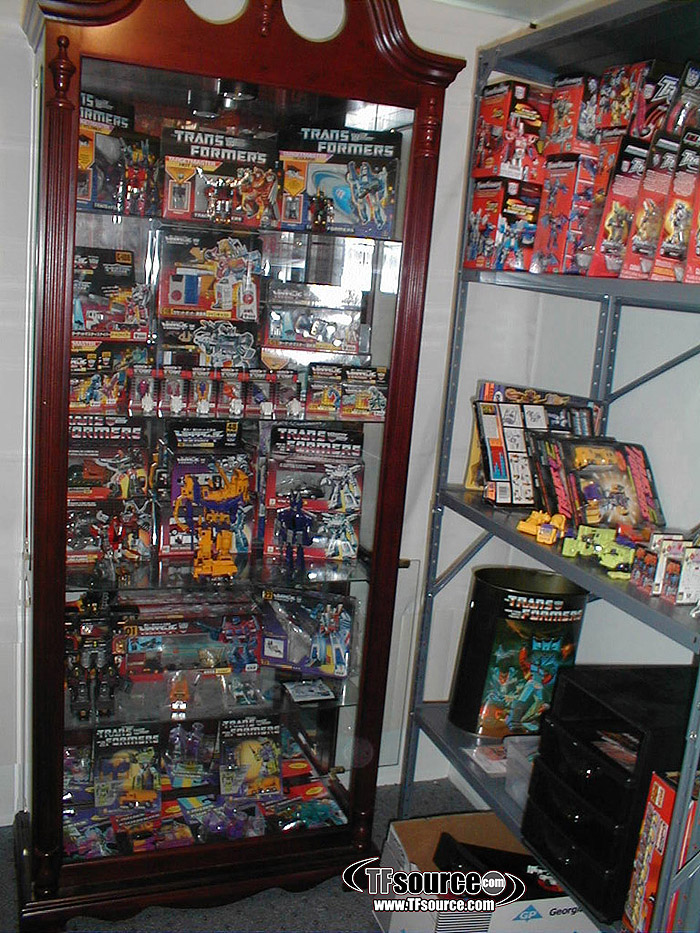 One of the original serious G1 variant collections

But the story doesn’t end there. At the age of 12, I went back to China with the full intention of buying everything I saw. Sadly, I only saw a few carded and beat up combiner figures in the back of a little toy store. My cousin had picked up a few additional carded items on my behalf (some Triggerbots/Cons, and some beat up 1987 series figures in box), but I left saddened by the opportunity I missed two years prior. But at the age of 14, I would return to hit the jackpot. Scouring local toy stores in Beijing, I spotted a few individual Road Caesar figures. Snatching them up at four pennies on the dollar, I found a sticker with the phone number of the distributor on the boxes. Calling up the phone number, the voice on the other end said that he had a few more cases left in stock. We met in a parking lot, and like a shady drug deal, he opened his trunk to reveal cases of sealed G1 figures, and other items like a case of Orange G2 Constructicons. That day, I spent $600 to purchase every item he had, and walked away with about $10k worth of sealed Transformers. It was at that point that I could finally start affording high-end TFs and created a self-sustaining hobby. (For more info on Chinese G1 TFs, see here) 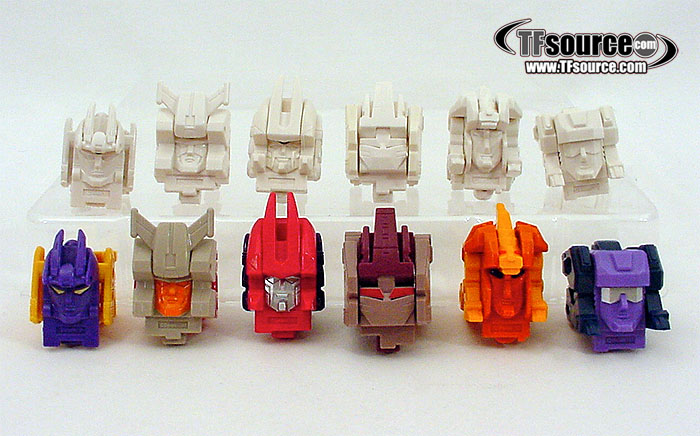 Pre-Headrobots, this was a real feat 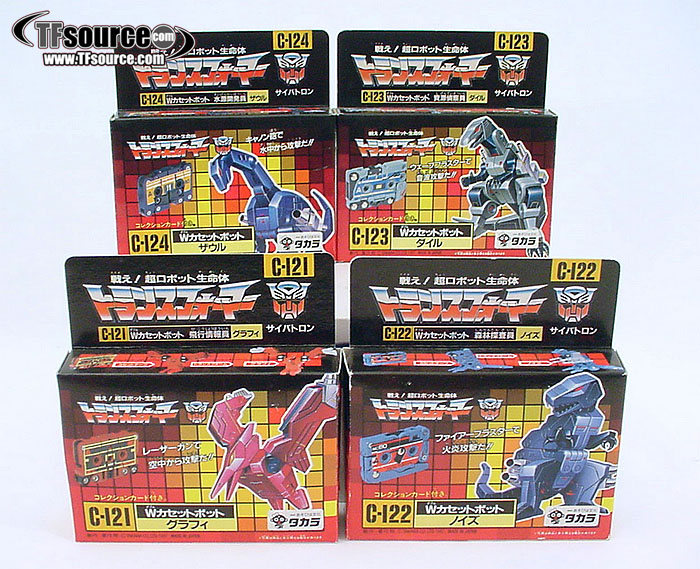 Pre-KO, this was a real feat

I remember hearing once of someone who found a few cases of sealed Fortress Maximuses in a storage unit auction, Storage Wars style. I also remember reading someone saying that at Botcon 2001, he overheard some kid asking his dad if he could purchase the Unicron Prototype that was going for upwards of 10k+. I’m pretty sure he overheard me. And the response was that it was already on hold. (Damn.) 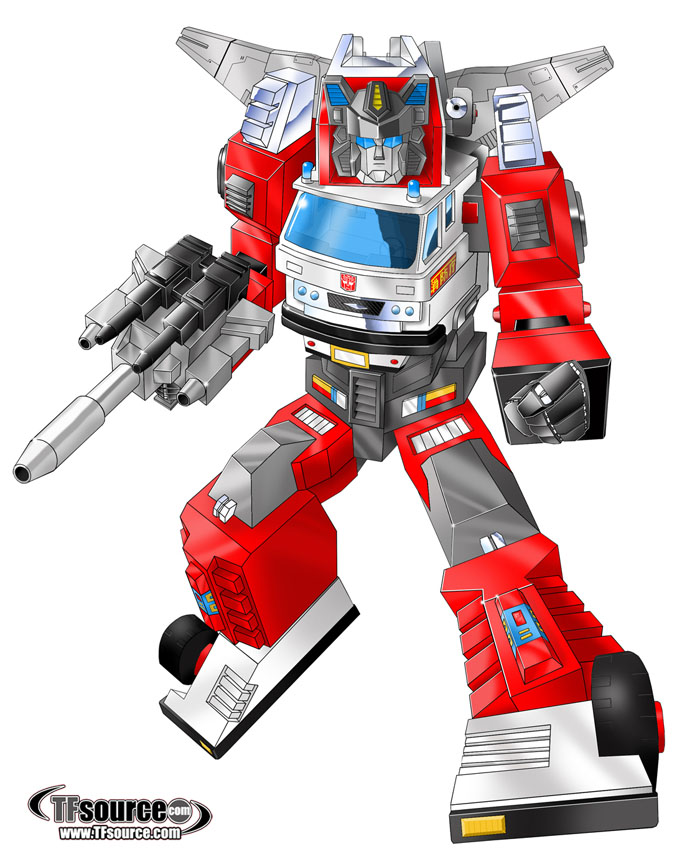 Some of us remember this image very vividly

That’s a really tough one, since I really love a good giftset or the visual aesthetic of a variant in box. However, Artfire stands out for me. It was one of my first major rare items, it was a Targetmaster, and the Inferno mold is a beautiful piece of work. Plus, the art on the box was gorgeous. Who knows, maybe one day I’ll pick one up again! 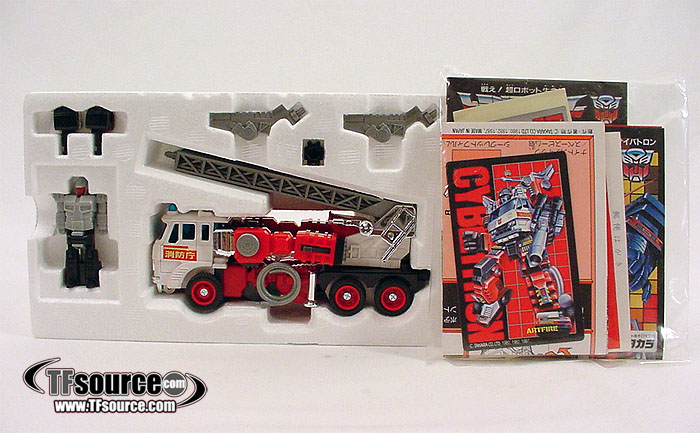 Hmm. Although not the rarest, I would have liked to have owned a Goodbye Convoy and Goodbye Megatron set. At the time of selling my collection, those were the only two main giftsets I didn’t own, and I suppose that’s left a bit a hole for a completist like me…

(Heard from behind me as I’m writing this:) Always keep a few pieces for your future wife as an investment in case she has hundreds of thousands of dollars in school loans!

But really, if you like something, keep it. If you don’t like it, sell it. Enjoy the hunt and the satisfaction of finally getting that item, and don’t chase something just because it’s rare. (You might end up with a few Black God Ginrais and painted gold Convoy statues along the way.) 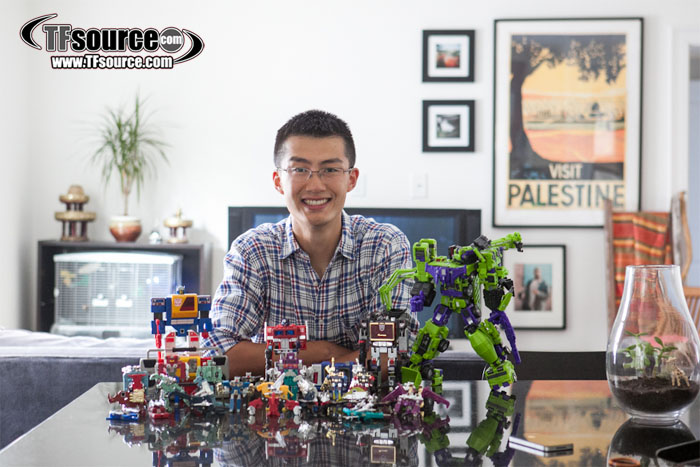 Many kind and gracious thanks to Chuck Liu for words and photos.