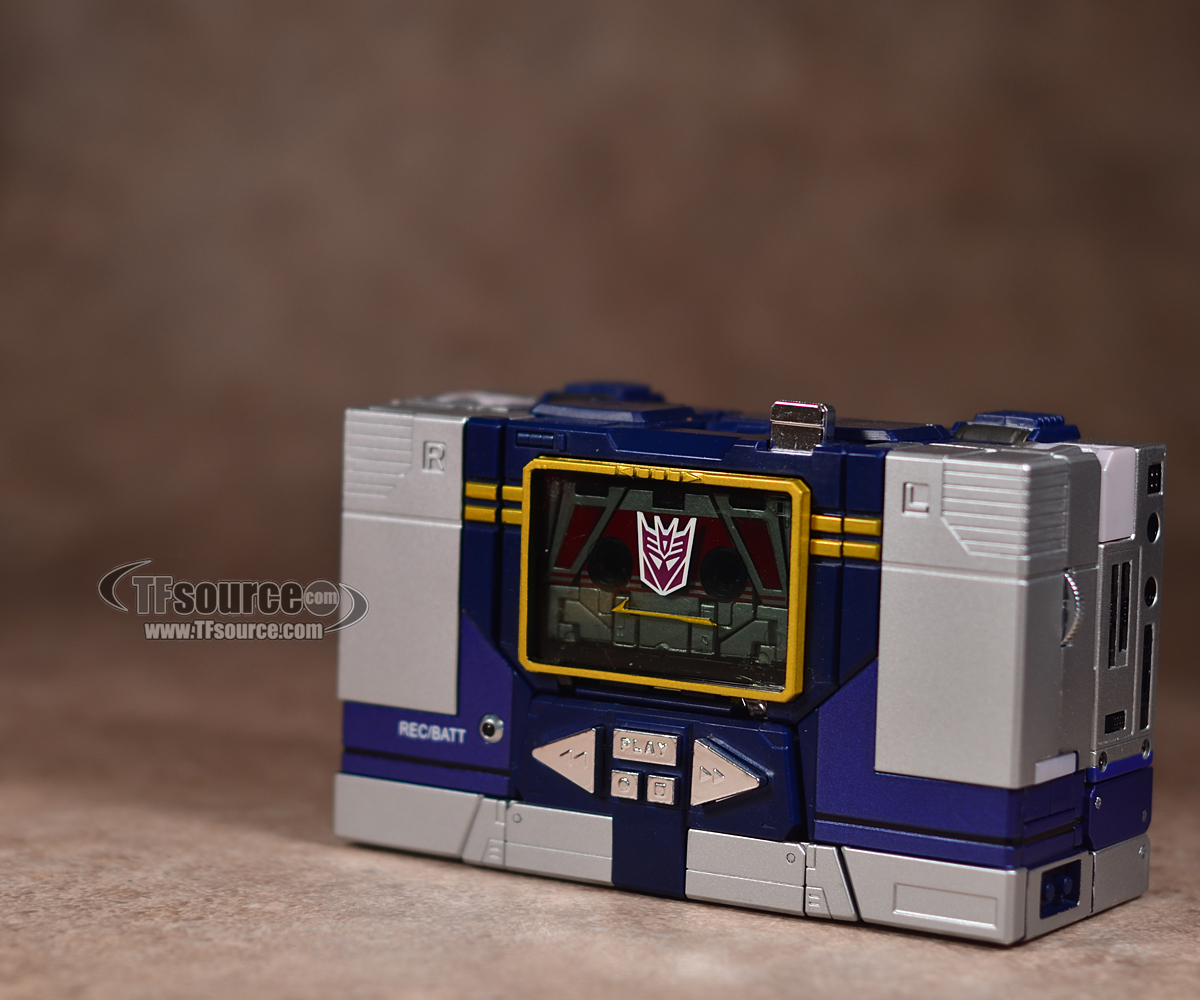 And the Source reviews are BACK with Takara’s Masterpiece Soundwave and Condor (Laserbeak) It’s great to be back and at it with such a treat to review. Easily a contender for my favorite Masterpiece yet right with MP-10 Optimus!

Out of the box it comes in robot mode, with condor transformed into cassette. As soon as you get these things out of the box, you can tell that you’re in for a treat. The simple, but immaculate detailing in terms of sculpt and paint on these is just incredible.

The articulation on both Soundwave AND Condor are very nice. It’s to be expected out of Soundwave as standard with Masterpieces, but Condor being the first cassette was a very refreshing surprise! Soundwave also comes with ridges on his forearms and shoulders to place Condor’s feet on.

To some, Condor may count as an accessory, but the “items” that you get with Soundwave are his shoulder cannon, blaster, and a sensor to replace either hand. My favorite part about these is that they can store on his back in both robot and cassette deck mode. The shoulder cannon and gun even emulate batteries!

He also comes with a clear box that attaches to his chest to represent when he would have cubes come out of his chest to harvest energon, as well as a faux door with graph lines on it to place images like in between it and the actual door. This makes it resemble his chest becoming a “screen”. Images to go in between those doors as well as a papercraft “energon” to go inside of the cube can be found either on the back of the instructions OR there are scans of it that can be downloaded online and printed on your own paper to keep the instructions in new condition. 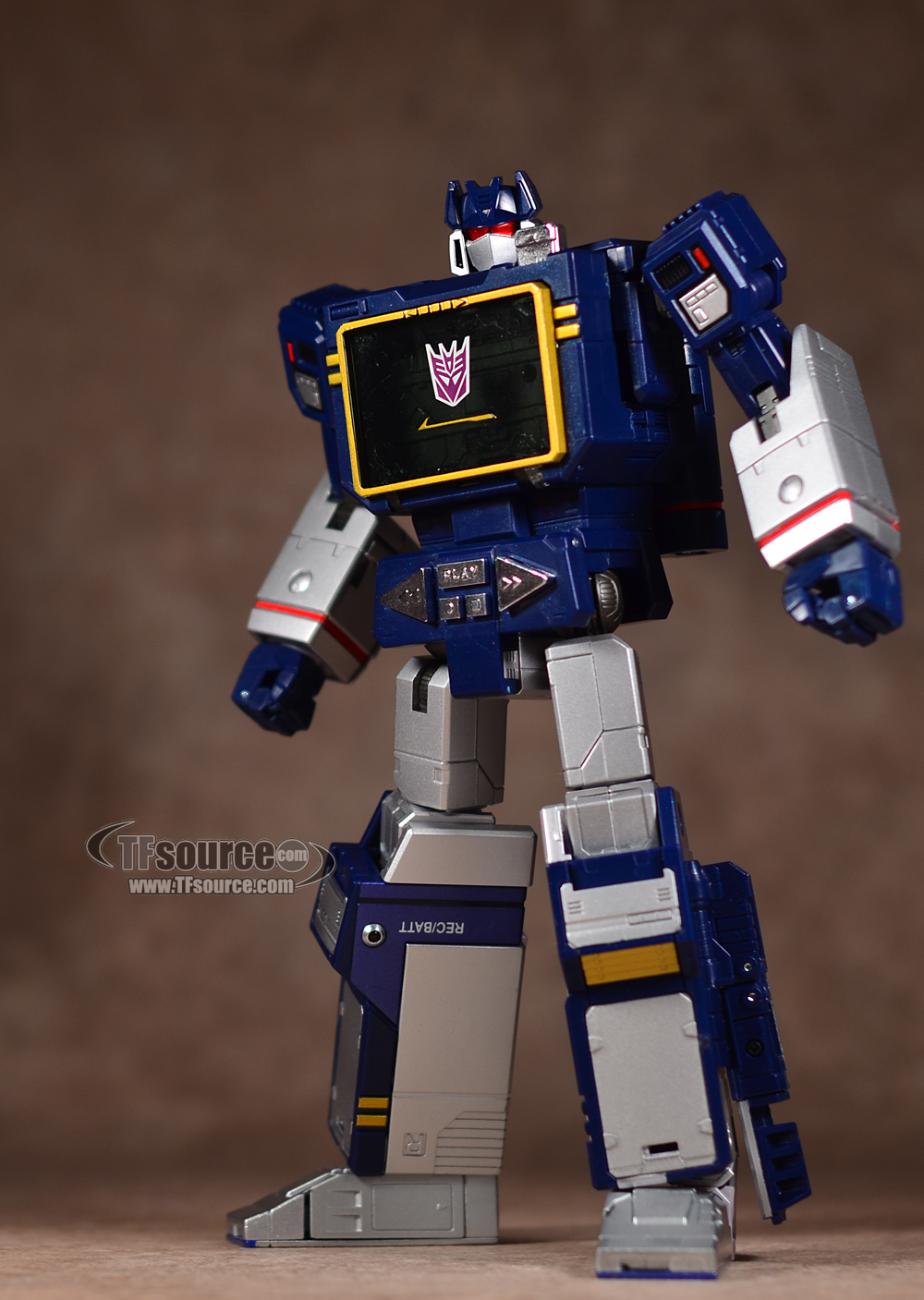 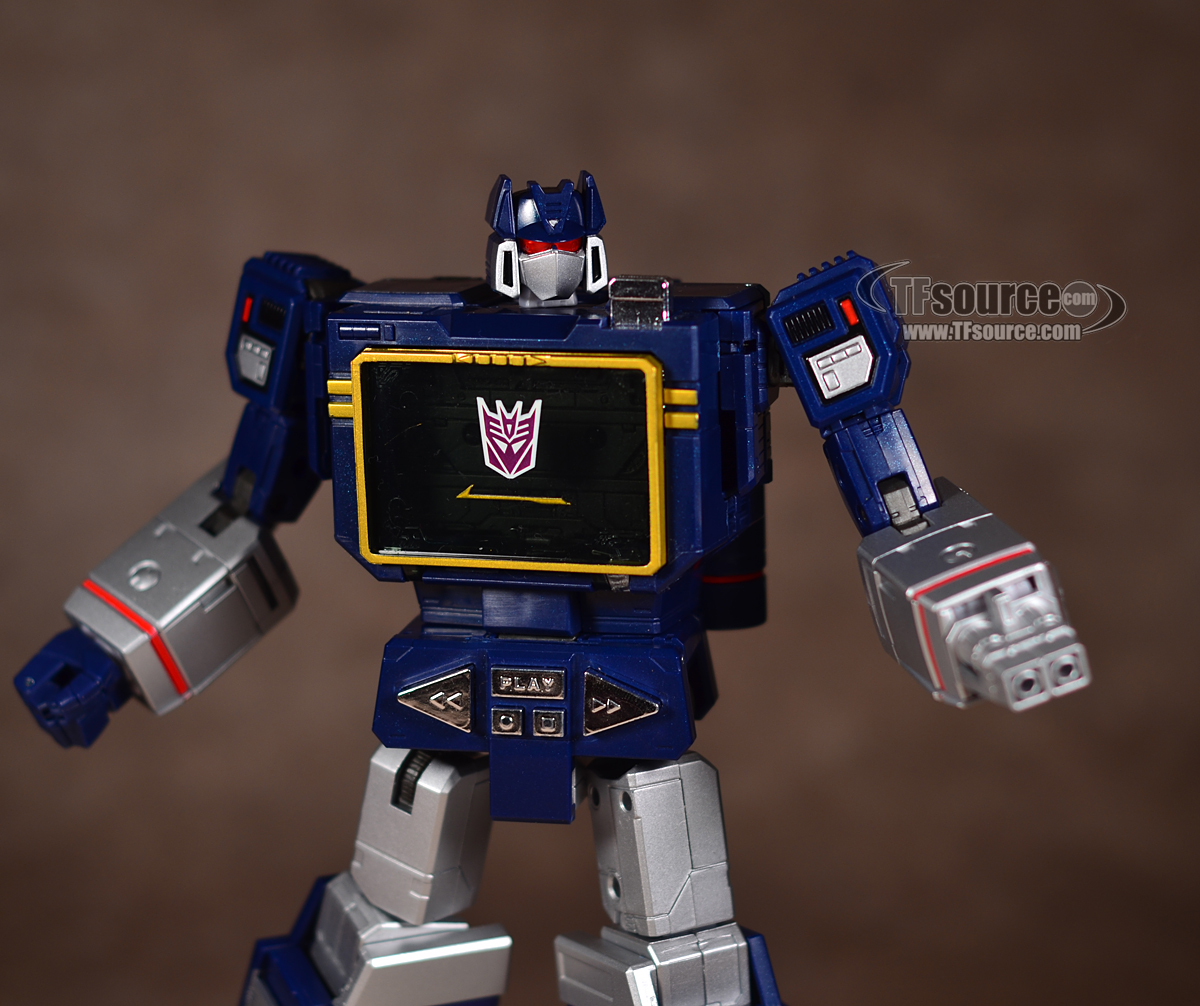 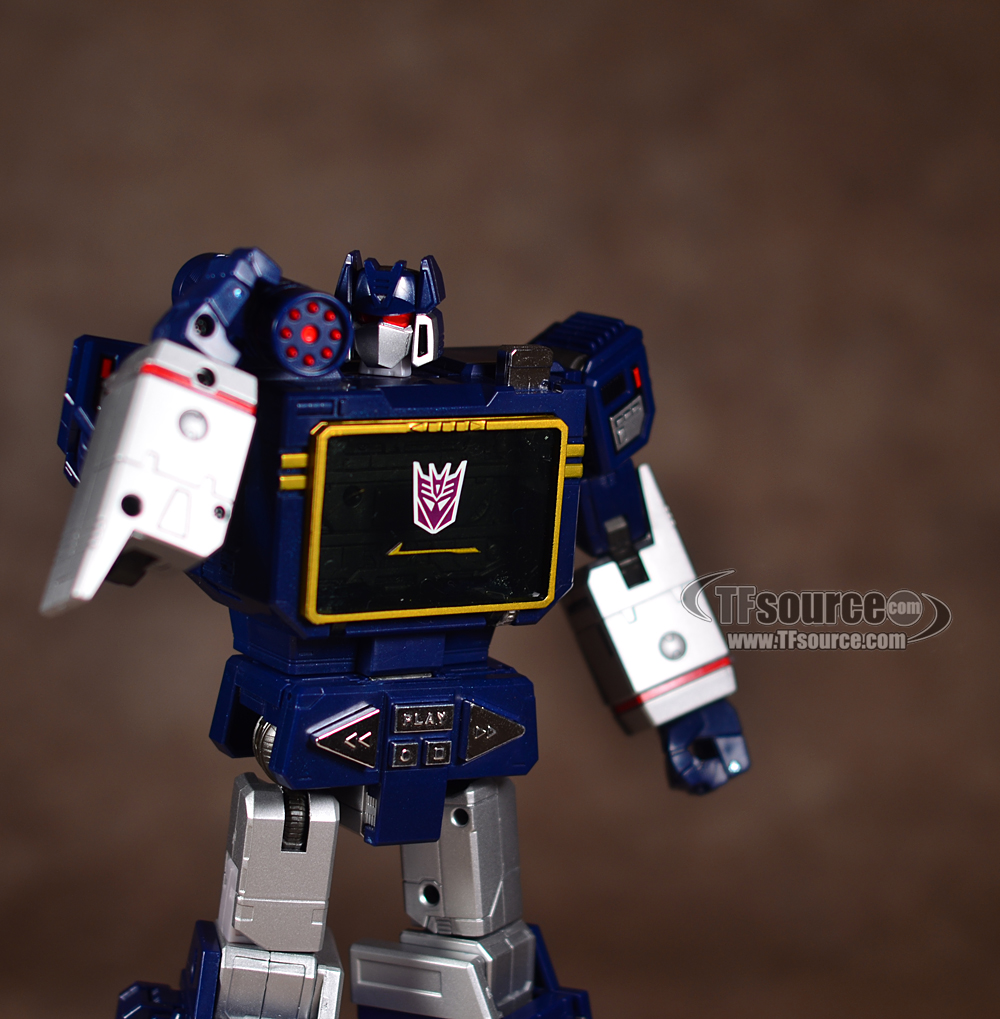 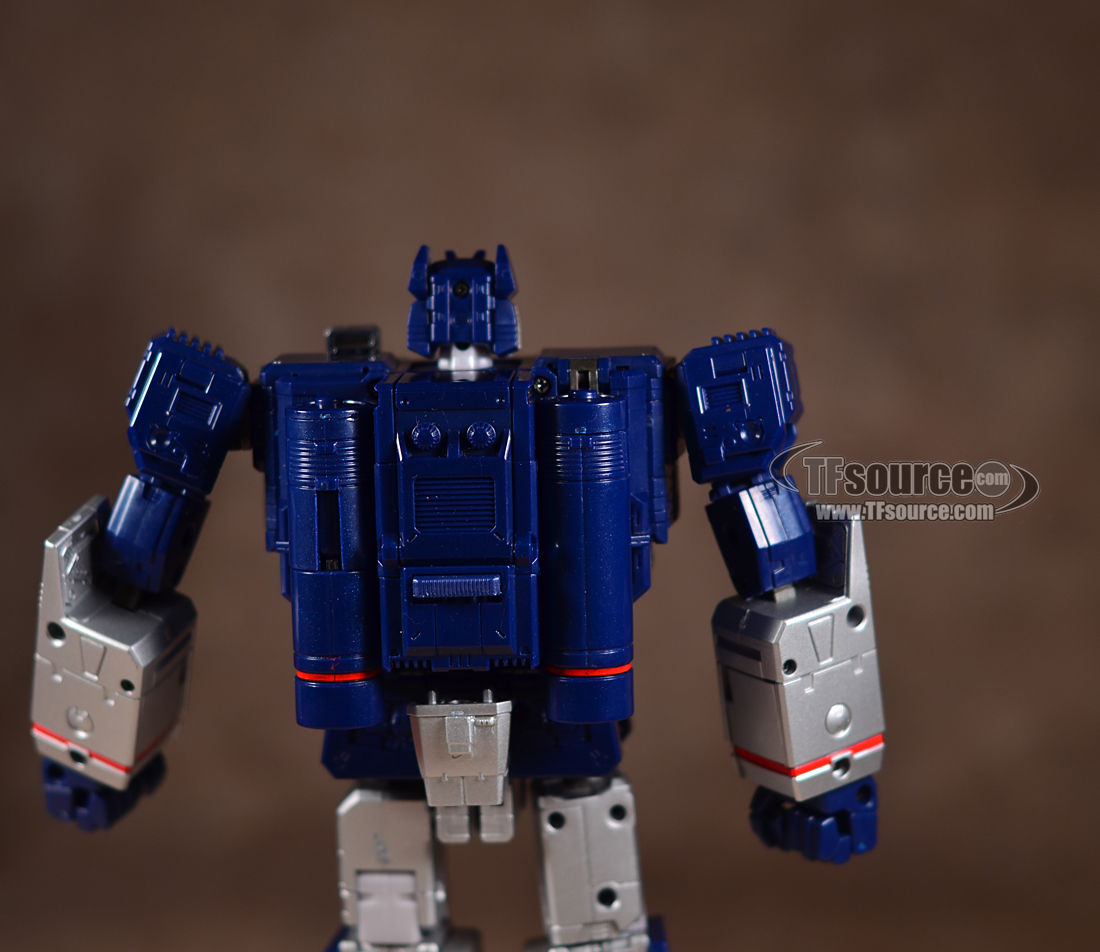 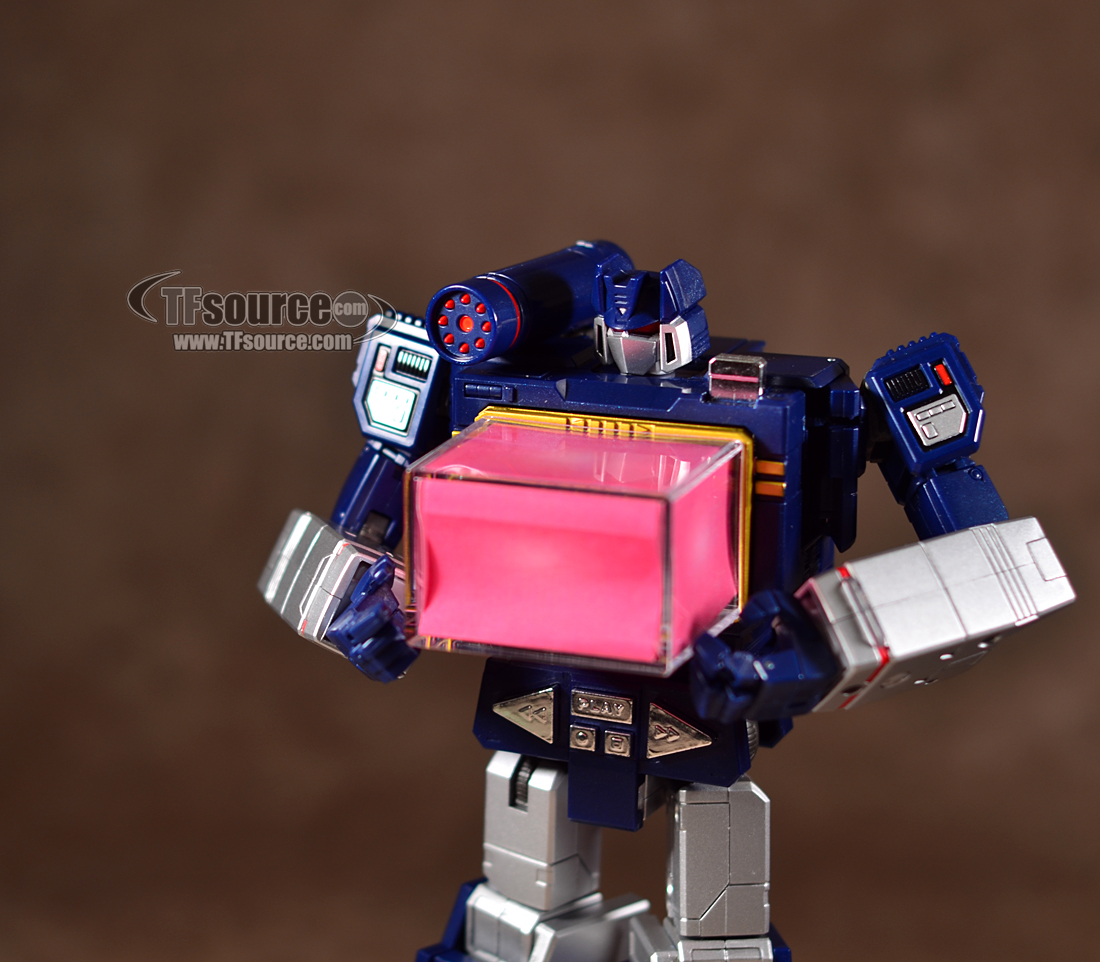 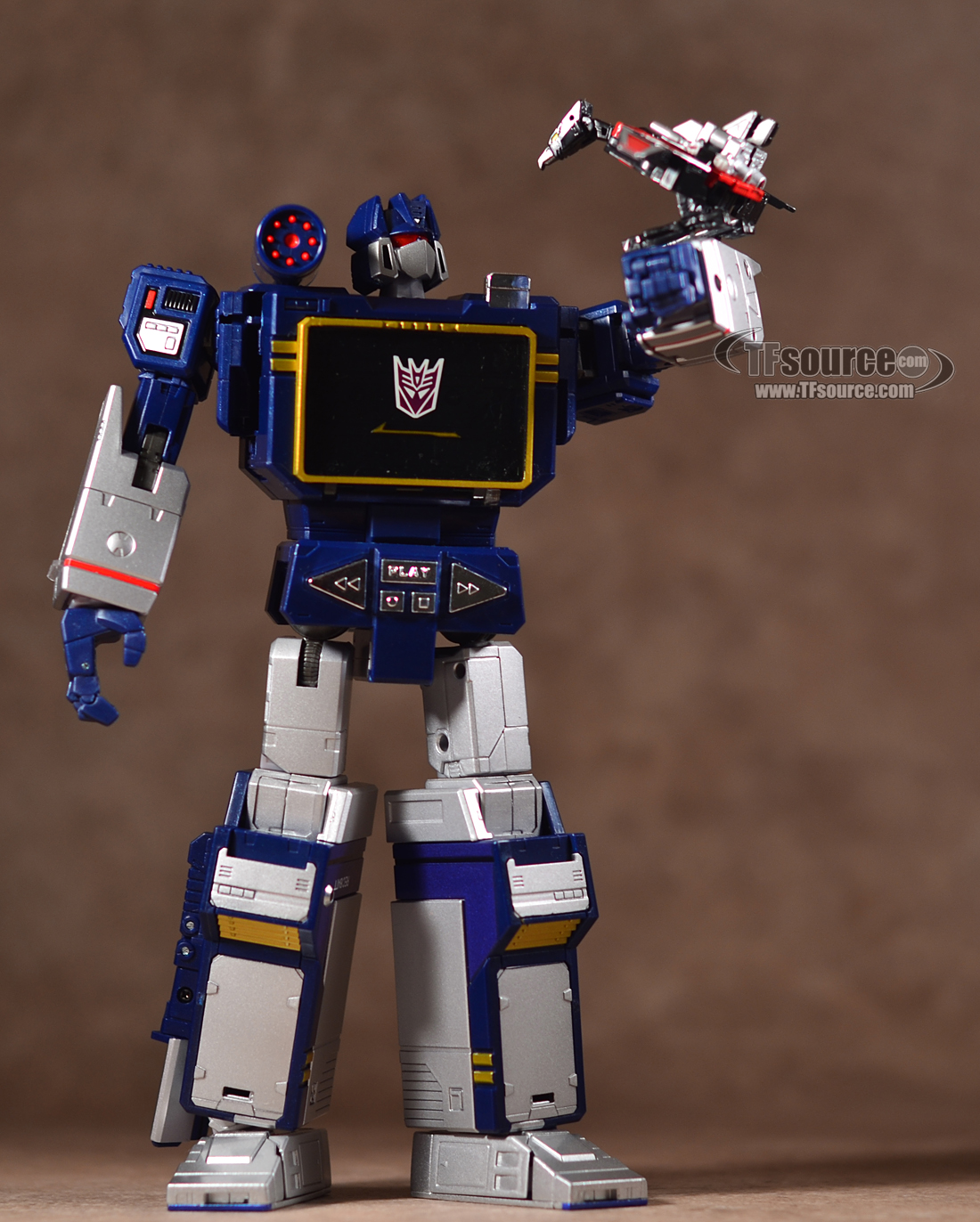 An extremely simple but rewarding transformation for Soundwave and Condor take them into boom box and cassette mode. The weapons storing as “batteries” really shines here, was well as the fact that the headphone jack actually fits a standard 8mm jack! Condor does, of course, fit inside of the tape deck while transformed while Soundwave is in either mode. In fact, Soundwave has the ability to hold up to three cassettes at once! 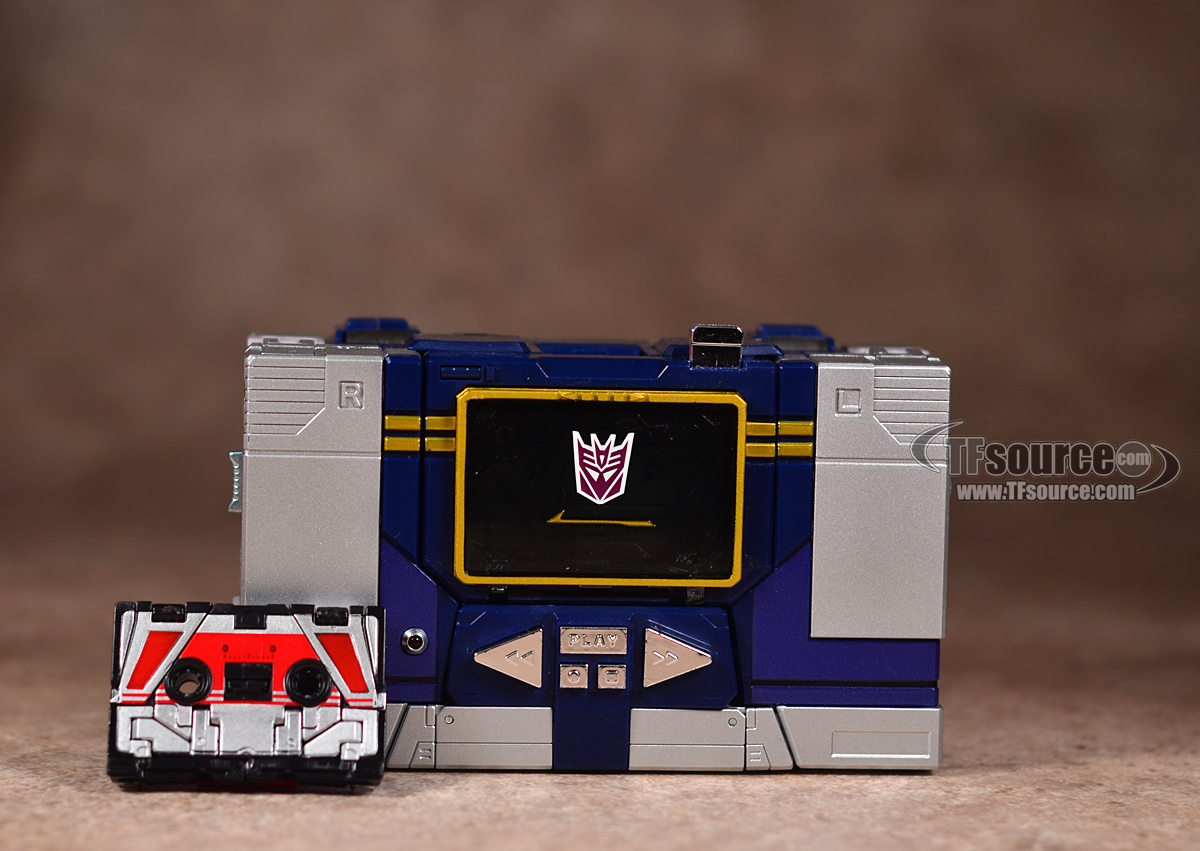 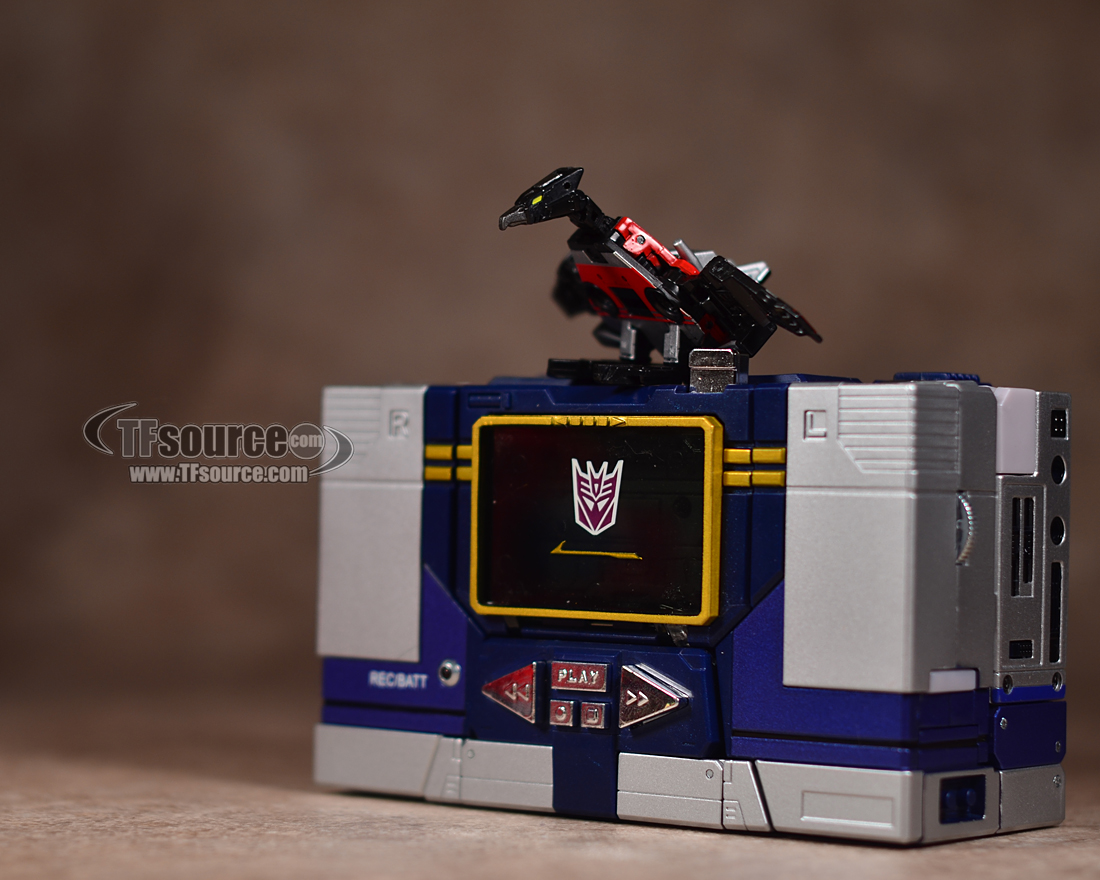 Like I stated above, this is close to being the best Masterpiece bar-none in my opinion, so of course I’m going to recommend this to anyone! Go ahead and press the “Shop Now” button to check out this item as well as other Masterpiece figures right here at TFSource!