Is It Conceivable? – Part 4 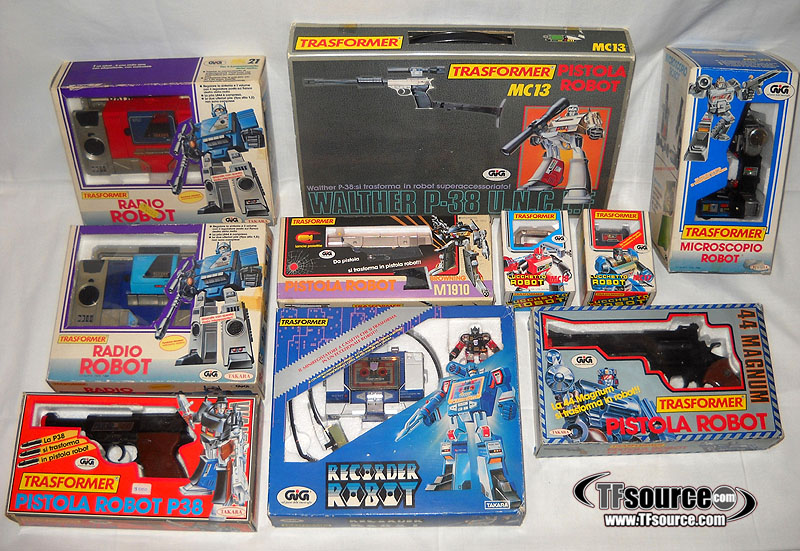 Chic, prestigious, expensive, revered, exotic and understated all at once, these are the Pre-Transformers. All of those things that make them special contribute to so many of them being unobtainable. As widely as Diaclone and Micro Change Series toys were released globally in various guises, their distribution and quantity was certainly nothing compared to the blanket that was The Transformers. Many a collector has eventually shed the shackles of their TF collecting to concentrate on the all-consuming single-mindedness that defines the Pre-Transformers collector. Some dabble, some mix and match, but only the totally devoted and dedicated can do it right.

I asked a number of well-known experts in their field of Transformers collecting how conceivable they felt certain lofty goals were to achieve. I did this in order to gauge just how much of a task it would be to complete a specific type of collection. This week, Gordon Yip, Adam Strang and Dave Barry were quizzed on goals within the world of Diaclone and Micro Change Series collecting. We’ve already looked at AFA MISB G1 Transformers, Japanese Transformers, minibots, and we will also be looking at prototypes. Our experts’ answers are as fascinating and insightful as you would expect from such esteemed gentlemen. 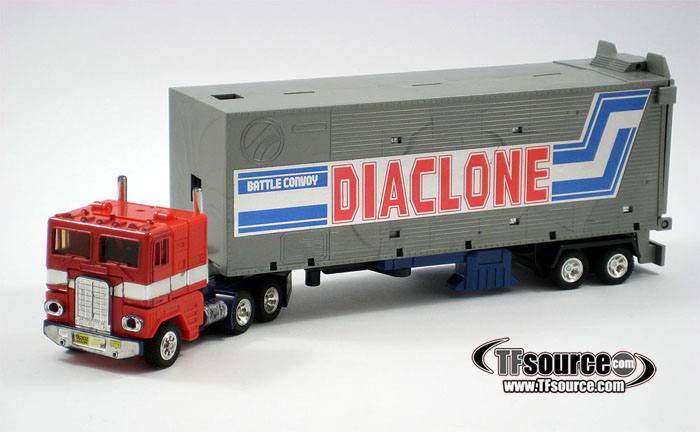 “Is it conceivable that someone could have a full run of every single Diaclone and Micro Change toy MIB unused?”

Immediate definitions of the goal and the boundaries within which the feasibility of this task can be measured aside, the response from our seasoned pre-TF collectors is surprisingly positive. Gordon Yip begins by saying “Yes, I believe it is possible if we are only considering Japanese Diaclone and Micro Change toys that were mass released and not including campaign items.  If we were to include campaign items like gold Browning, gold Porsche and sliver Fairlady Z, that would be much more difficult.  If we were to include one shot items like prototypes, that would be impossible except for the one person that owns the prototype piece”.

This is supported by Dave Barry who adds “Yes, yes, unarguably yes. In the almost 20 years now that I have followed, collected, been enthralled with the Diaclone and Microman (Micro Change) toy lines, I’ve seen a great number of just about any toy released in retail. I know several Japanese collectors who have reached this point, and another who is pretty close. There’s one American collector that I had lost contact with years back, who if isn’t already at completion of his collection, should be awfully close now. Then there’s Italy. Italian collectors have just as easy access to so much more of the Diaclone and Microman (Micro Change) releases than anybody outside Japan. While I am not really in contact with any collectors there, I would be surprised if there were no collectors close to, or completed with collecting a set of each”. So that’s it, then? It’s that simple? 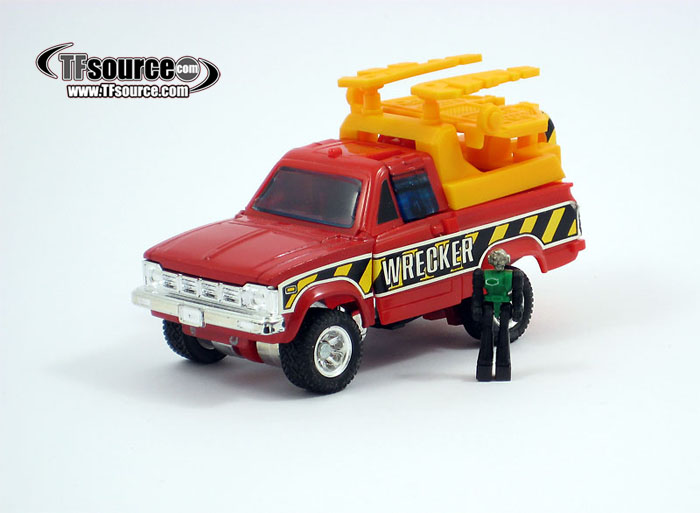 Well no, apparently it isn’t. Dave goes on to say “In recent years the costs have risen to just stupid amounts, and that reason could be holding some back from obtaining full runs of each toy line. But this wasn’t a question of can a collector afford to complete a collection”. Having said that, being able to afford a full run certainly contributes to how conceivable the accomplishment of the goal is.

Adam Strang elaborates on what can be accomplished: “With ample (but not unrealistic) amounts of time, money and ingenuity around 80% of Micro Change and 60% of Diaclone could be accomplished quite easily within a year: all MIB. There are still surprising amounts in excellent condition and one benefit of collectors having eating up most of the stock is that they remain immaculate when they do (if ever) decide to sell”. 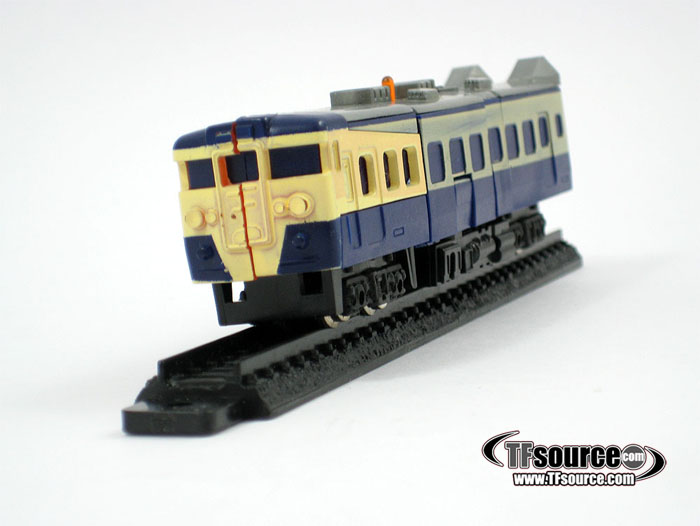 If what you’ve heard so far isn’t what you expected, it carries on in the same vein. Dave says: “The point here that needs to be stressed is this, these toys are not rare. What makes some want to believe that these are such hard to obtain items is somewhat selfish. No collector wants to drop $900 on a boxed Battle Convoy and turn around and see one for $100. We as collectors pine after an item, and then after we’ve put time in, and money on it, we tend to raise the item up to be gazed upon and idolized. Publications, websites, blogs, forums, we use anything we can to show off what we’ve gotten. And in almost every case we always play up the rarity, the hard fought battle to get the item. Whoever says ‘I just got this Diaclone Police Countach, man, I just had to wait till the 35th one showed up on Yahoo Auctions and hit the Rinkya site’, it just doesn’t happen like that. It’s this attitude towards collecting that then fosters an idea that items are harder to get. 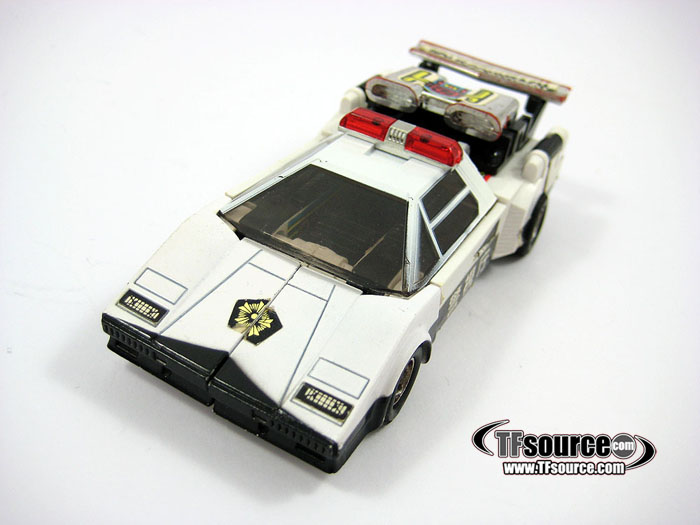 “But there’s two paths that have conjured up the idea that certain collectibles are rarer than they truly are. One as stated is the collectors themselves hyping their items, and the other is the dealers who profit from them. Take a look on any auction site, and even the least liked items will be hyped as rare, ‘HTF’, or limited. Years of being told item X is rare, hard to find and limited will eventually stick. Repetition of a word, an image, an idea will burn itself into any person’s psyche”. You don’t have to wade far into the world of pre-TFs to find a justifiably jaded collector. Whether or not the rarity is authentic or simulated, there are factors that make this task difficult.

Gordon expands on these difficulties: “If one were to try to get all box and toy variations in addition to one representative piece for each toy and color, that would get increasingly more difficult.  Items like Hiluxes with different window variants, variant Micro Change Magnums, Honda City R with and without sunroofs for example would make the task more difficult. 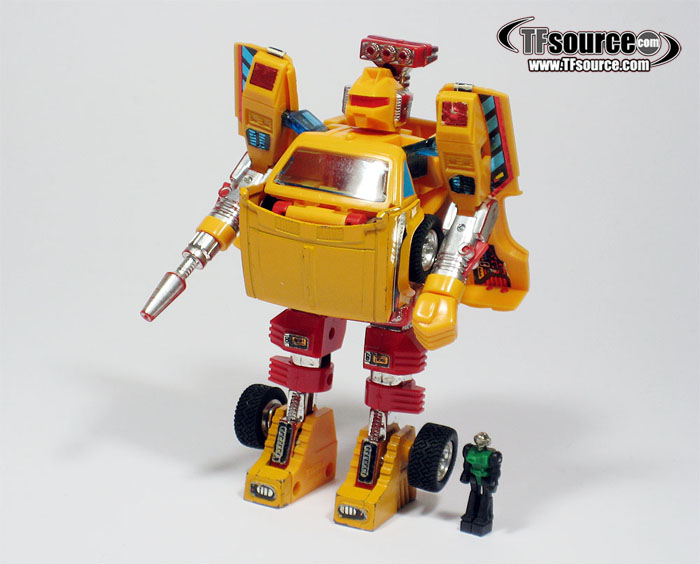 “With that said, I have observed MIB unused specimens for most Diaclone and Micro Change pieces on the market or in collections over the years.  The problem is, for a single collector to own a full run of every single Diaclone and Micro Change toy, starting today, it would be very very expensive as a single toy could cost thousands of dollars.  Also, regardless of how much money any collector had, it would definitely take years and years for them to complete such a task as even with money, many items do not surface for sale in years.  If a collector were to have started about 20 years earlier, this task would be a lot more feasible as they would have been able to get many of the rare items at a fraction of the cost compared to today’s market and there may arguably have been less competition for rare items back then, at least in terms of what buyers were willing to pay”. 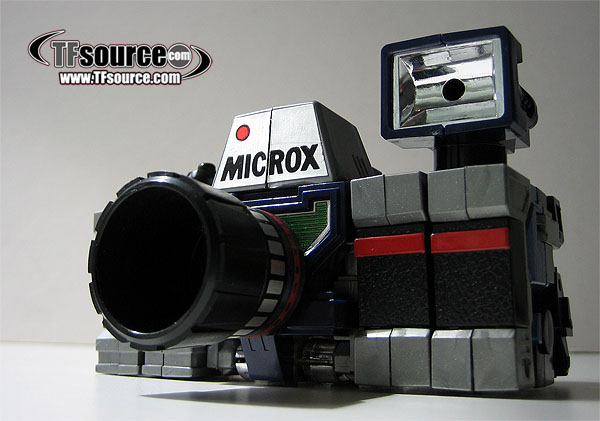 What about now? What if someone has taken on this task relatively recently? Adam offers the following advice: “Time is obvious: though students and the unemployed have a distinct advantage! By money I mean going the extra yard in an auction and of not being afraid to buy something immediately and without hesitation. Any notion of scrimping on shipping, tax and other practical considerations should be completely done away with. You must be ruthless in your objectives and take risks if need be. Ingenuity, is by far the most important factor. Sitting for hours trawling YJ and eBay yields limited results and competition can be intense. It’s best to travel off piste whenever possible: contacting collectors directly, following leads and generally being resourceful. 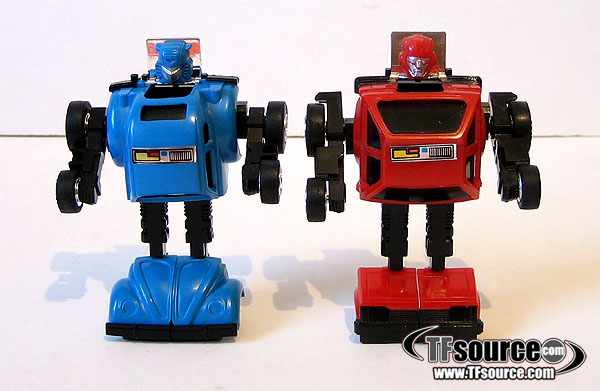 “Increasing those three traits will certainly help matters but there comes a point when the last few percent will not yield by any means: fair or foul. Items such as: Powered Convoy DX, the blue Minibots, Car Robot No.20, campaign items and certain hideously obscure errata may prove prohibitively difficult. If Warren Buffet wanted to buy a complete carded set of Diaclone Power Bases tomorrow, he couldn’t do it! By locating collectors who already have them, showing interest early and slowly building potential trade lists: a few may just relent and give up their holy grails. Another way is to buy ready established collections in one fell swoop: but this takes the fun out of it. Always try new avenues and with a bit of luck you will get there. Finally, being able to speak Japanese provides an incomparable advantage.” 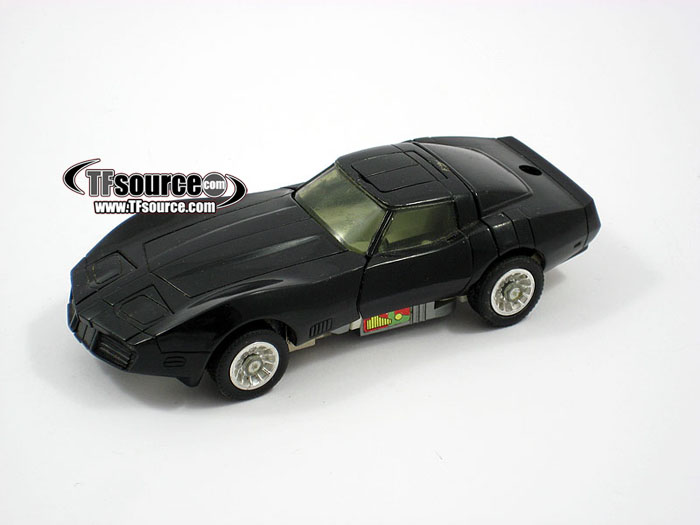 When pushed, Dave also points to the later Diaclone items as tricky to find “In a debate, I would bring up the late 1984/85 releases as being slightly harder to get even at retail due to being sidelined for production of Transformers, but not impossible”. 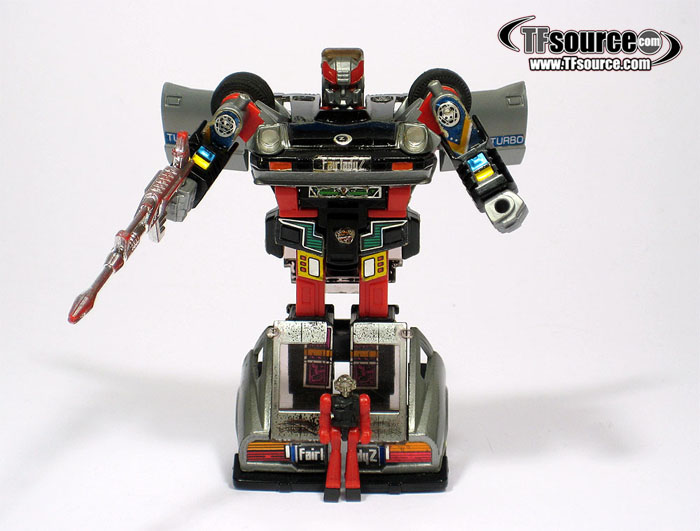 Dave offers “I know it’s not a popular thing to need to point out, and this is of course my personal viewpoint, but in the relative aspect of collecting retail released Diaclone and Microman, there isn’t much that I can say is rare. And with that, I don’t see any reason that people can’t collect the entire line, even MIB. God Bless the designers at Takara and the Japanese toy industry overall, putting toys in safe styrofoam trays and cardboard boxes has helped so many of us get amazing pieces even some 30-35 years after they first hit store shelves”.

Wrap it up, Gordon: “In summary, yes, I believe it is possible, just that it would take a lot of time and patience, a lot of money especially if one were starting now”. 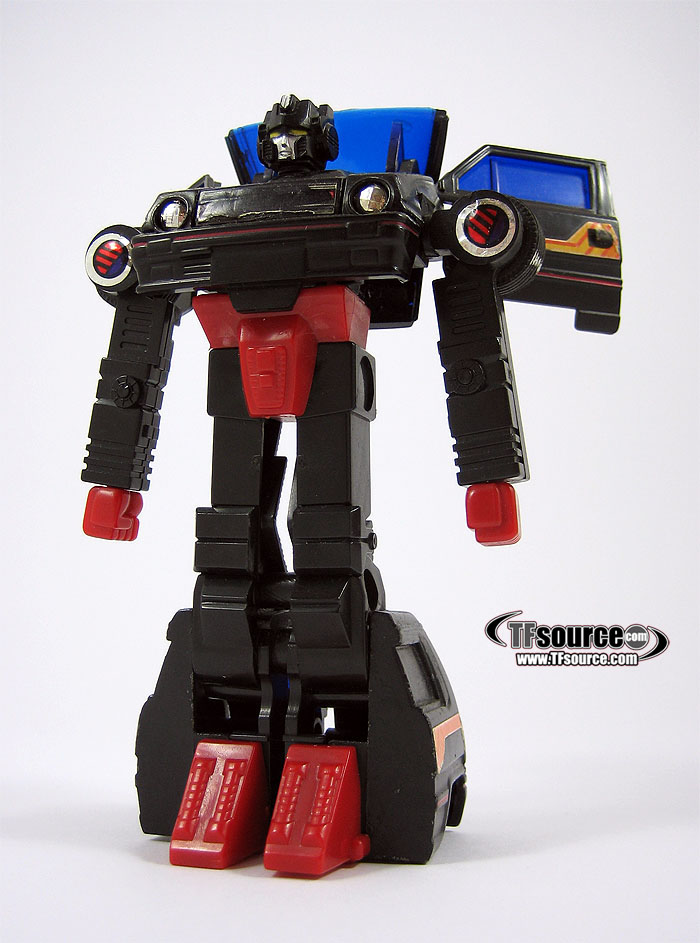 Immense thanks to Gordon Yip, Adam Strang and Dave Barry for their time, insight & contributions, and to Matteo Pigliucci for the opening picture.

Is It Conceivable? – Part 4