Am I Just Being Paranoid? 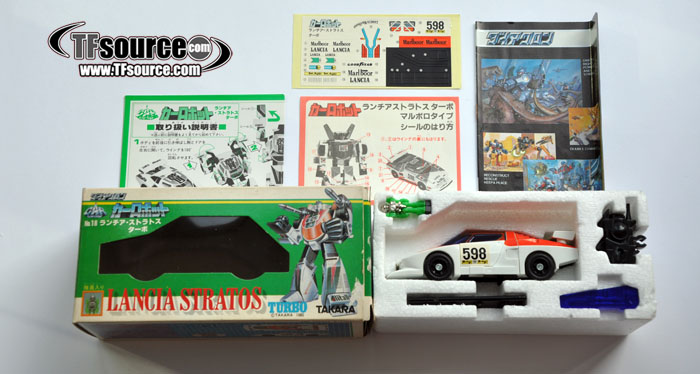 Why are the prices of Diaclones and specific Japanese exclusive Transformers ballooning out of control? Is it really because there are so many more collectors on the market due to Michael Bay’s movies? Are we really to believe that Transformers-only collectors who finally got around to completing G1 are all of a sudden blowing copious amounts of cash on Diaclone cars and Micro Change Series toys, making it that much harder for the rest of us to complete our collections? Maybe. Probably. But conspiracy theories are far more entertaining, and we’ve got a good one this week.

For collectors of Japanese G1 and Diaclone who have been at it for years, there’s been a very worrying trend developing where prices have not just doubled in recent times, but they’ve increased tenfold in places, and not due to increased rarity. It just seemed that one day a few sellers started asking more for particular figures, and it became the norm. This week, we tie together a few observations from online auctions and specialty shops in Asia and jump to a few irrational conclusions about what is happening to our hobby. 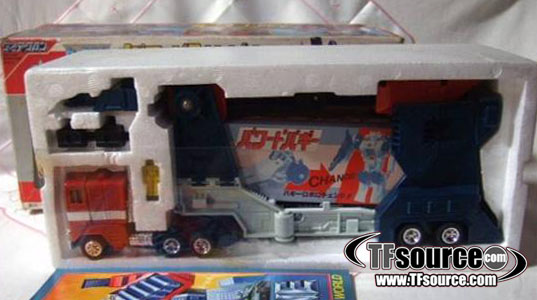 It used to be that collectors of Japanese pre-Transformers and Japanese G1 Transformers (exclusive and non-exclusive) could always find a good deal on Yahoo Japan auctions. After all, it shouldn’t be that different to collectors finding US boxed Transformers on eBay US, Japan was the native country for these pre-TF releases and exclusives, that is where the greatest concentration of them should be. For years this was true.

In addition to online auctions and web-shops, more adventurous collectors could actually book a holiday to Japan and go toy hunting in cities like Tokyo, Osaka and Nagoya, exploring well known collector-centric shops like Hero Gangu and Mandarake. It would be a pilgrimage of sorts, and we must all have had that romantic image in our mind of finding a special holy grail piece among a sea of vintage toys. Such hobby stores also exist in Singapore and Hong Kong. 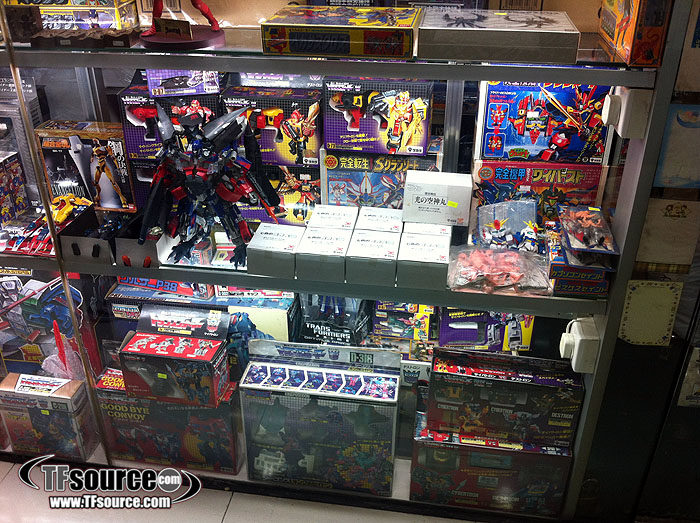 So what’s changed? Well for a start, there seems to be much smaller numbers of vintage Japanese Transformers and Diaclones listed every week on Yahoo Japan, and when the latter come up for sale, the bargains of yesteryear seem nothing more than barely-believable myths told by ancient collectors who love to reminisce about the good old days. While it’s true that the use of bidding services like Celga and Rinkya has contributed to better access for collectors to Japanese auctions, one look at the bid history of most desirable Diaclone auctions reveal that the winners aren’t always users of Rinkya or Celga.

In fact, it seems that a very small selection of Asian-based bidders are hoovering up all the tasty auctions, and at prices that would make any Western collector’s eyes water. No longer was Yahoo Japan the place to find rare Japanese toys at a good price, even without the consideration of Celga/Rinkya fees and headaches. Also, interestingly, there seemed to be more Diaclone and Japanese G1 on eBay than Yahoo Japan by a very long way. 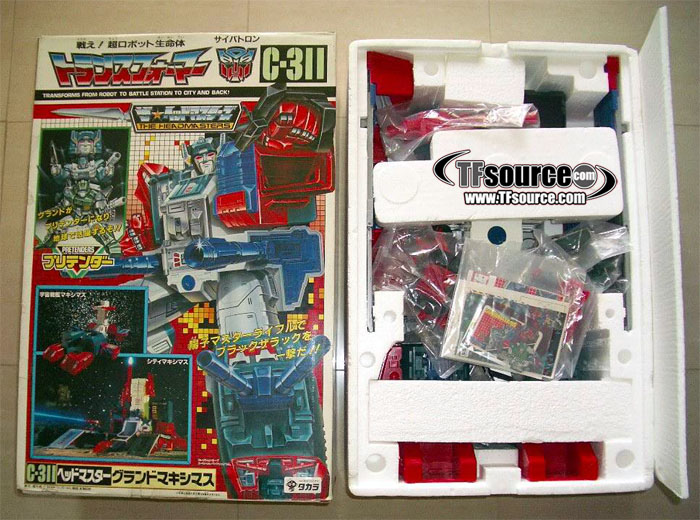 Now, when one continues to get beaten to the same items week in week out by the same bidder(s), one begins to take notice. And when one resorts to having to use eBay as often as Yahoo Japan for the same items, and then spots a strange rise in the regularity of the appearance of said items on eBay in exactly the same condition, a connection is made. However, Yahoo-to-eBay scalping is not a new phenomena,  it’s been going on for years.

The difference is, before, scalpers were willing to pay just a bit more than the average collector and make the extra effort when it came to dealing with bidding services or having a friend set up a Japanese account, then sell for a small profit on eBay to those of us who couldn’t be bothered with all of that malarkey. Now, though, scalpers are paying way over market value to secure the items in the first place and then list them at equally crazy prices on eBay. Many of them are private listings too, hiding the IDs of the bidders.

The significance of private listings becomes clearer when you ally this with another rising and disturbing trend that a number of eagle-eyed collectors have noticed. For some time now, a series of fake low-feedback bidders have been attacking high-profile pre-Transformers and Japanese Transformers auctions, bidding them up to quite ludicrous amounts. My personal favourites were $8000 for a GiG Powered Convoy, and $600 for a bootleg Kingdam Diaclone F15.

What these fake bidders do, apart from wreck auctions for everyone, is make it seem that pre-TF and JTF auctions are finishing at insanely high prices, and with eBay’s annoying ID-masking, it’s not always clear to the outside world what’s going on. What nobody sees is that the seller is forced to make second-chance offers to legitimate bidders much further down the bidding history list, eventually selling the items for much more reasonable prices. While this may seem like the simple douchebaggery of a few idiots intent on wrecking high-profile auctions, so many new IDs with the same prefix are created that sellers cannot keep up with the blocking, and the extended period of time that this has gone on for implies that there’s a bigger picture. 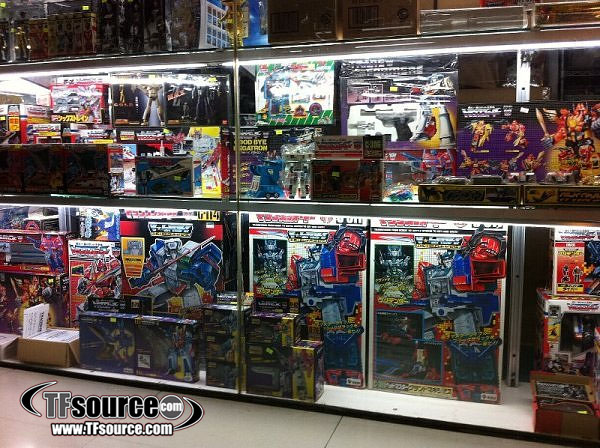 Yet another example of price manipulation exists in the aforementioned specialist collector’s stores in the Far East. A particular Shanghai-based trader has been known to buy items from G1-centric shops the very moment new stock arrives. He substantially sweeps up all MIB unused pieces and will resell on consignment at the very same shop a few months later. Examples include a VSY set bought for HK$15,000 and a VSZ set for HK$6,500, now consigned back to the same shop for HK$42,000. The same trader bought a Masterforce C-201 Metalhawk for HK$2,800 in January 2012 which is now consigned back to the shop for HK$4,800. He has also been known to buy almost all C-114 Fortress Maximus and C-311 Grand Maximus specimens around the HK$20,000 mark and consign them back to the shop at around the HK$30,000 mark. 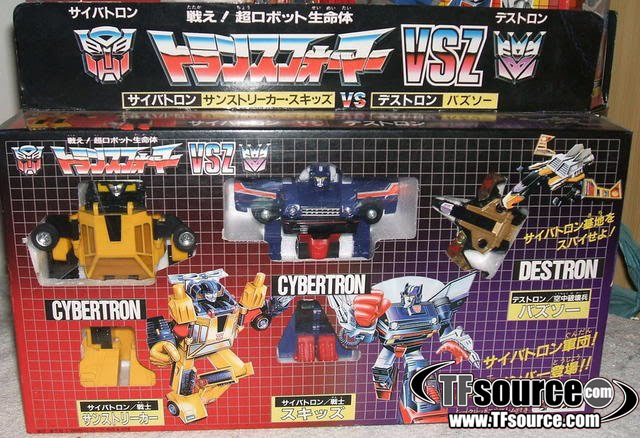 Another example: “This seller bought a Diaclone red Corvette on Yahoo Japan auctions for 30500 yen and in 2 weeks posted the same on eBay for $1200 and I believe it sold back around December of 2010. He bought like every Diaclone Insecticon off Yahoo Japan over a period of months at inflated prices to deny anyone else from winning them.  An example is a set of 3 loose he bought for something under 30000 yen and re-listed at $1000 on eBay for like the longest time.  He has played a big part in inflating the prices of Diaclone Insecticons through his price manipulation.“ 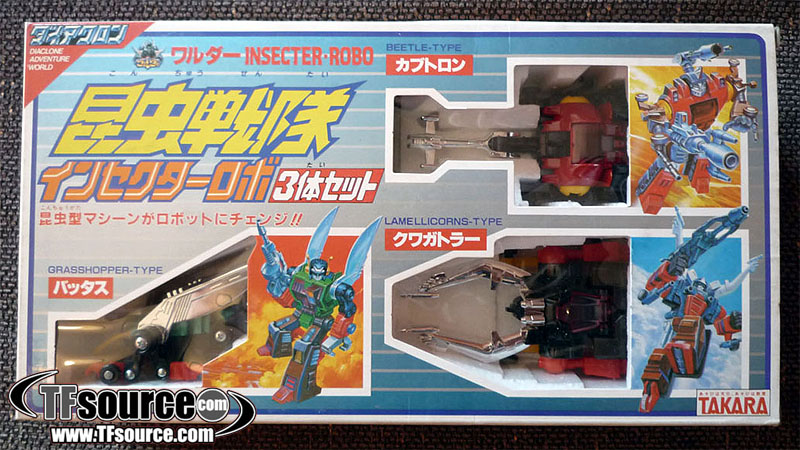 You may think that this is all a pointless endeavour, because nobody will pay these crazy prices and the sum total of their efforts will be a gaggle of deprived collectors resenting the scalpers and their collections of doubles, triples and quadruples, trying to sell the dregs of what they have amassed on eBay for years without buyers. But that’s actually not how it’s going. This possibly global and artificial manipulation of prices eventually garners acceptance, and items start regularly selling at these prices, and people begin to expect high prices for their own toys on auction or private sale. Folks want to finish their collections, and will often go the extra mile to do so, and then there are those who are fresh to Japanese G1 or Diaclone and believe that these prices are just the norm, accept it, and start spending accordingly. 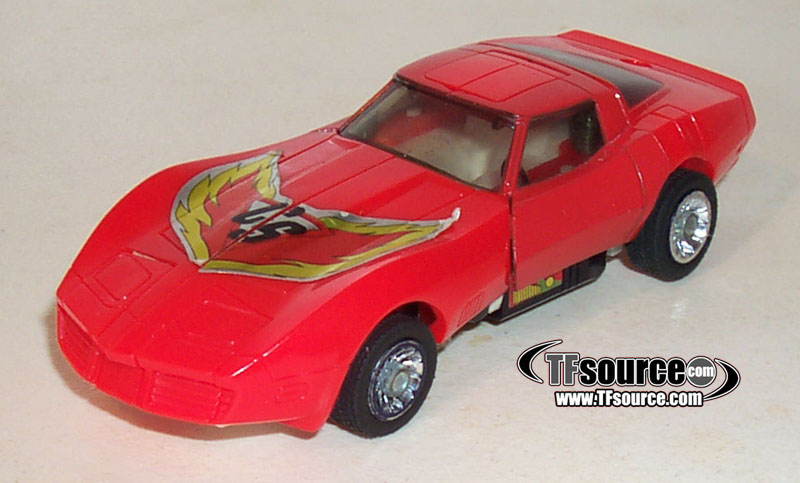 When you put together the unobstructed buying of absolutely everything on Yahoo Japan well over perceived market value at the expense of others trying to complete their collections, with the buying and re-selling of vintage stock in collector’s shops raising the overall price of these toys for all concerned, with a ring of sellers all buying stock from each other, with the fake bidders anonymously raising the prices and profile of Diaclone and Japanese G1 auctions making it look like that’s what things sell for, you’ve got the potential for community-wide acceptance of, and resignation to, higher prices that will keep these guys in business for years to come. This was compounded by the categorically insane prices realised by the recent sale of a well known Japanese robot enthusiast’s collection through the Dan Morphy auction house in Denver.

Or…you know…conspiracy theories aside, people just want to finish their collections and realise that everything will cost more in the future, so are happy to pay what they can today and save themselves money in the long run, and I’m just being paranoid. 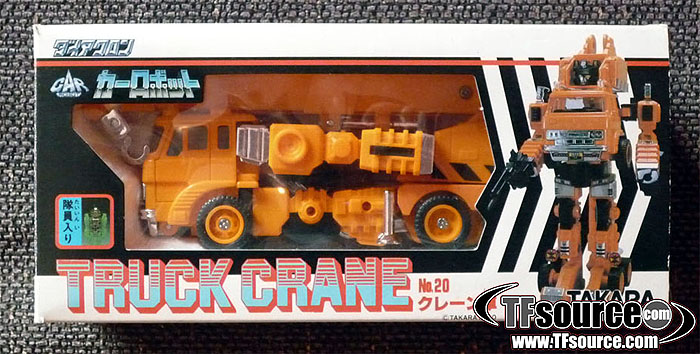 Thank you to this week’s contributors for their opinions, observations and experience. Thanks also to Alessandro Musconi and Brandon Yap for photographs.

Am I Just Being Paranoid?