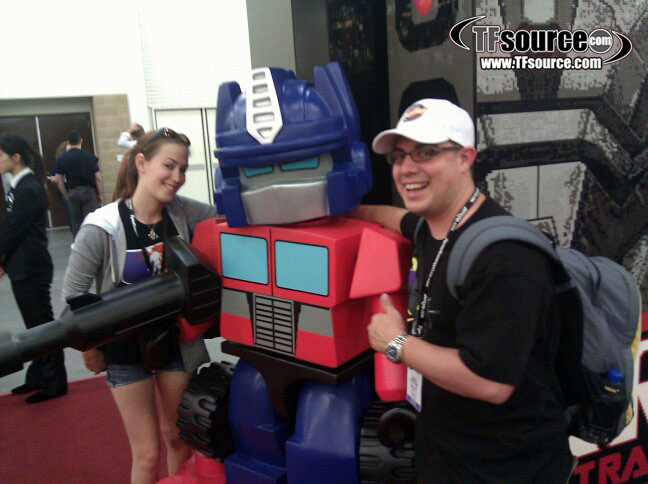 Optimus, a 3rd member of many marriages

This month we cast the spotlight on a North American-based collector who has been around the scene for a lot longer than most of us. Fresh from accomplishing the dream of many a fan, the completion of his G1 Transformers collection alongside a comprehensive selection of more recent Transformers, Mike Castaneda is beginning his journey into the hyper-competitive and mightily expensive world of pre-Transformers. As a transitional collector, Mike represents a growing group of vintage TF enthusiasts who have reached the end of their original goals and are looking for a new challenge. 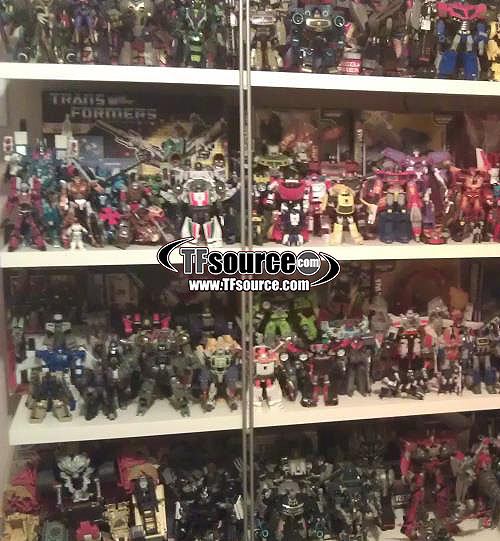 Sixshot and Jetfire sneak in amongst the new boys

1 ) Who are you and what do you collect?

I’m Mike Castaneda or cLaNkiZLe , I’m 33 years old and I have been buying transformers ever since I can remember. I played with them as a child and really got deep into collecting when I was working at KB Toys in 1996 and a co-worker got me hooked watching Beast Wars. I , like many others, started my collecting replacing childhood toys my mom sold at a garage sale on one terrible day that still haunts me. My collection is focused mainly on G1, Beast Wars, Classics, Animated, and now Diaclone. 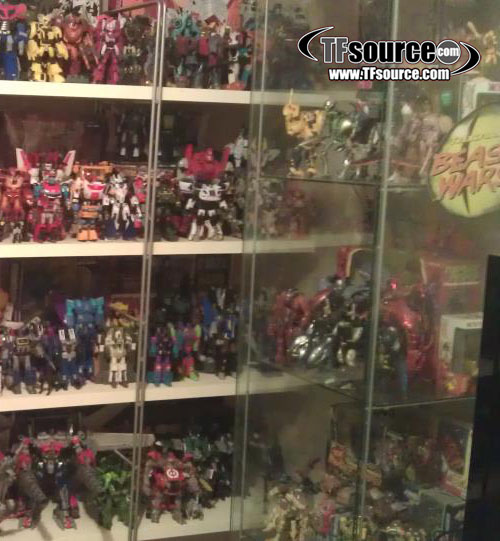 2 ) How has the collecting scene changed in the last 10 years?

When I first started collecting there were no transformer message boards or anything like that so I had no idea how many other collectors there actually were. EBay had just started and for all I knew it was me bidding against the same 5 other collectors for our toys. I got the first glimpse of how large the hobby was in 1996 when I made the drive down to BotCon in Rosemont, Illinois. I recall looking at the 300 people there and being in awe of the amount of other collectors there actually were. When I remember the convention at that time compared to BotCon 2012 it is almost unrecognizable as the same event. Nowadays so many collectors have come together to form so many great forums and message boards dedicated to Transformers, so you really get an amazing sense of community while conversing with people all over the globe who share your hobby without going to a convention or even leaving your house. The internet has also helped me learn a great deal about toys I have never come across or even heard of in my many years of collecting. 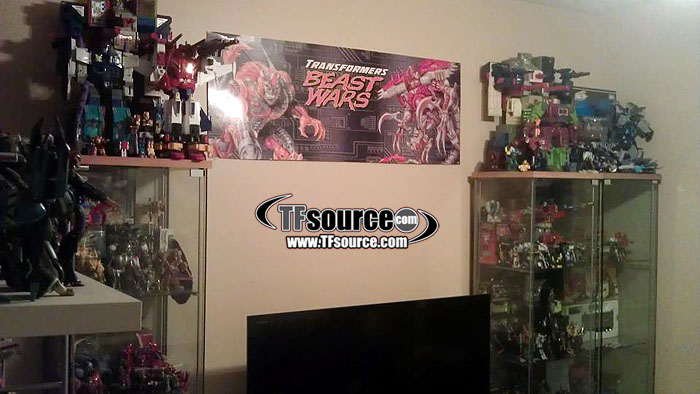 No shortage of big hitters

New movies always bring in new collectors and with Transformers 4 coming out and with the cartoons doing so well, Hasbro and Takara are going to keep pumping out the plastic and we as collectors are going to keep scanning toy aisles for the latest toys. The only change I see ahead is growth, more collectors means more demand and that means increased prices across the board. So if you have been eyeballing that Overlord and thinking prices are going to drop soon, you might want to pull the trigger and add him before he becomes out of reach. 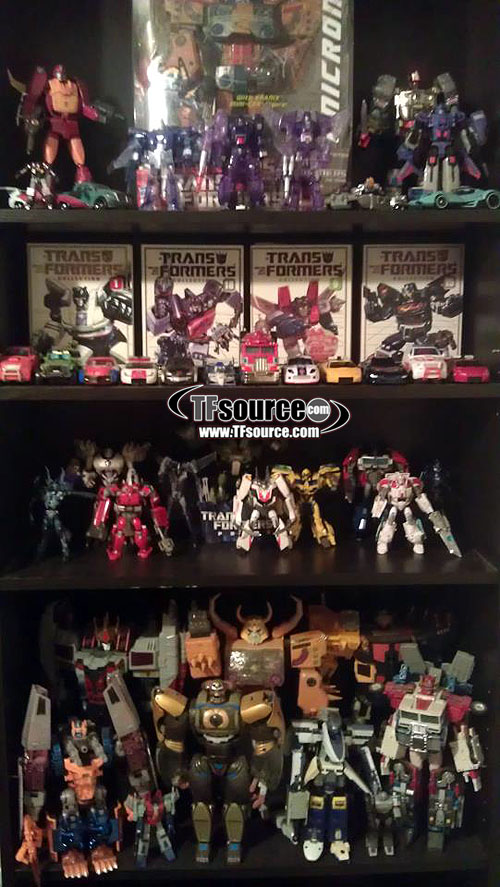 Mike shows that he isn't just a vintage collector

4 ) What has been your single biggest success as a collector, or your greatest ever find?

As a kid I remember my mom telling me I couldn’t have a Megatron because a cop would see me playing with it and of course assume I was a criminal and shoot me dead. As a result Shockwave was the Decepticon leader of my toys for many years. So when I first started collecting who do you think was the first bot I went looking for? That’s right, G1 Megatron! Now my Decepticons have a leader and all my bad memories of Shockwave leading are wiped away with a glance at his shelf. 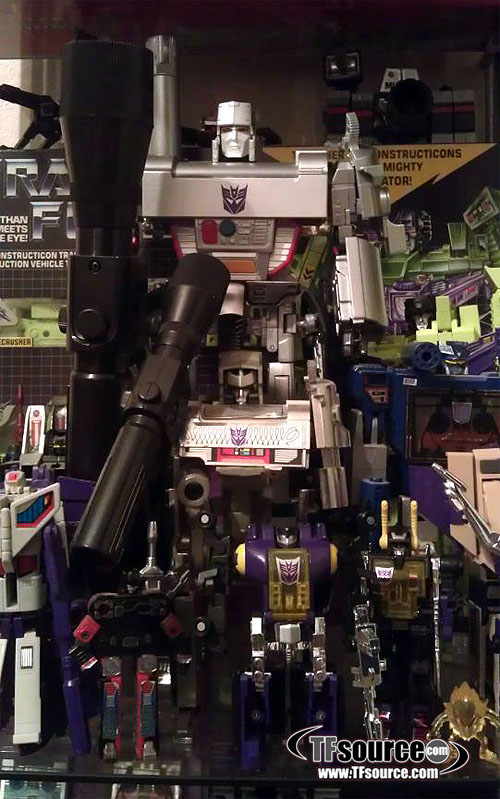 Take that mom! And Shockwave!

I heard the story of a guy buying a MIB Starscream on eBay from another state. After it arrived he saw his name on the back of the box and realized it was his childhood toy which boomeranged itself back after many years of being lost.

6 ) If you could pick one item from your collection to keep, what would it be?

If I had to pick one item to keep it would be my Diaclone Joustra Prime. To me it represents the origins of Transformers and their leader all at once. I catch myself drooling over it every time I enter my Transformer game room. 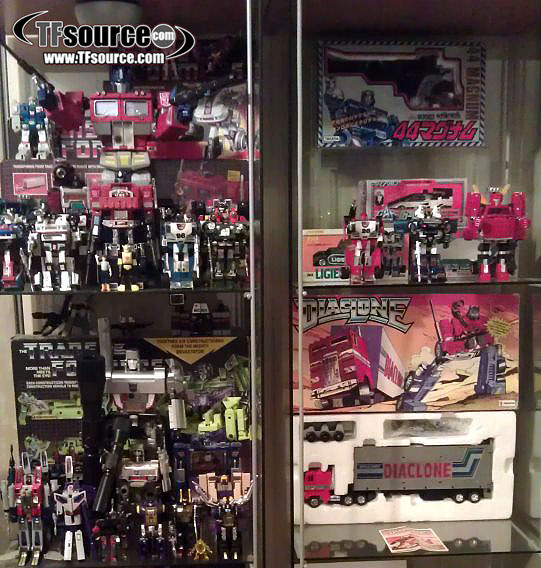 For someone starting out in Diaclone, he's done alright!

7 ) If you could have one item out of someone else’s collection, what would that be?

I find myself dreaming for the PCDX Giftset. It is rarest and most beautiful giftset there is and I wish I had it in my collection. 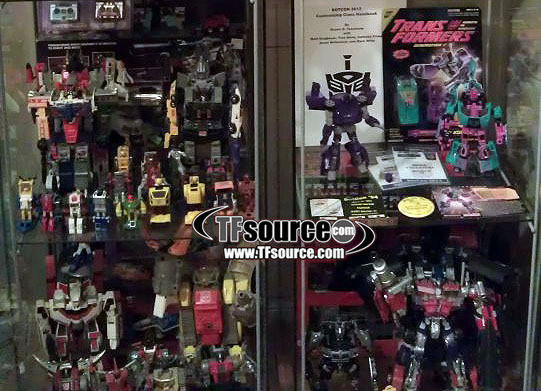 Despite the volume, there's clearly thought put into each display

Don’t try and collect everything. Many newcomers try and buy up any Transformer they can find and as a result their collections are messy and incomplete, pick your line or bot and collect. Also remember to keep your toys out of direct sunlight! 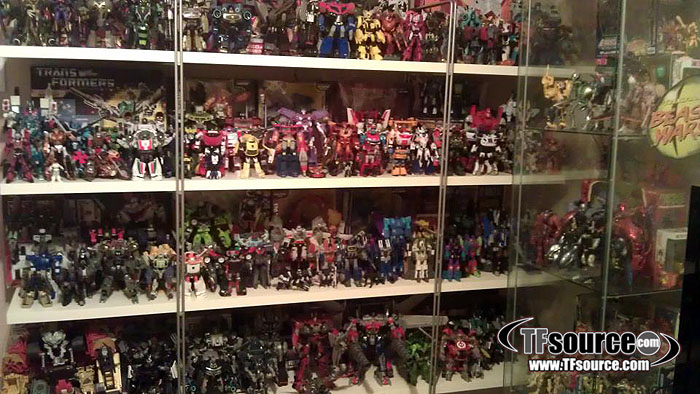 Many kind and gracious thanks to Mike Castaneda for words and photographs.