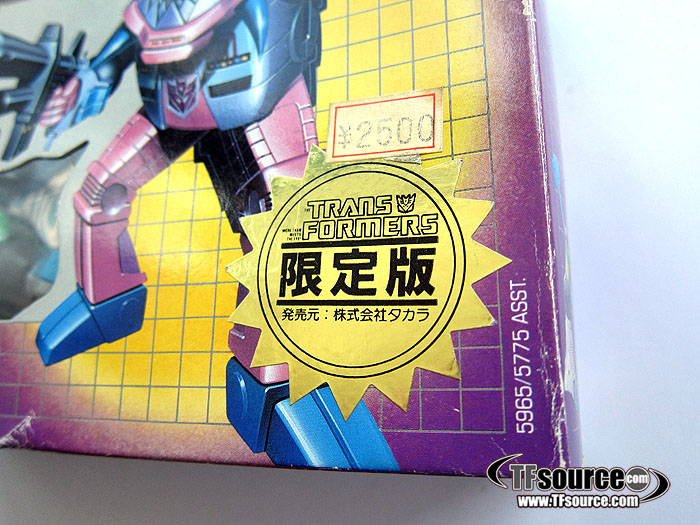 One man’s pegwarmer is another’s mail-away rarity. While toys like G1 Ratchet were common as muck and available everywhere in North American and European toy stores, in Japan it was never sold in stores and only available as a mail-away, and he wasn’t the only one! From exclusive artwork and packaging to standard Hasbro-packaged items, the second part of our mail-away G1 Transformers series looks at how different mail order promotions were abroad.

Last week we explored some of the mail-away G1 Transformers that were available to North America and the UK, well-loved items such as Reflector, the Omnibots and Time Warrior. This week we’re looking at some of the mail-away items offered primarily in Japan and then a couple of obscure European bits too. While in the US and Europe the mail-away offerings were more akin to extras or cool additions to a comprehensive roster of available characters, in Japan it was much more a case of filling gaps in said roster as we will see. 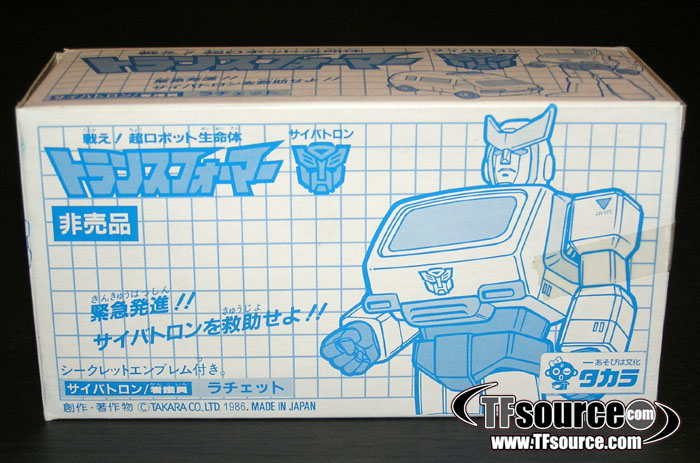 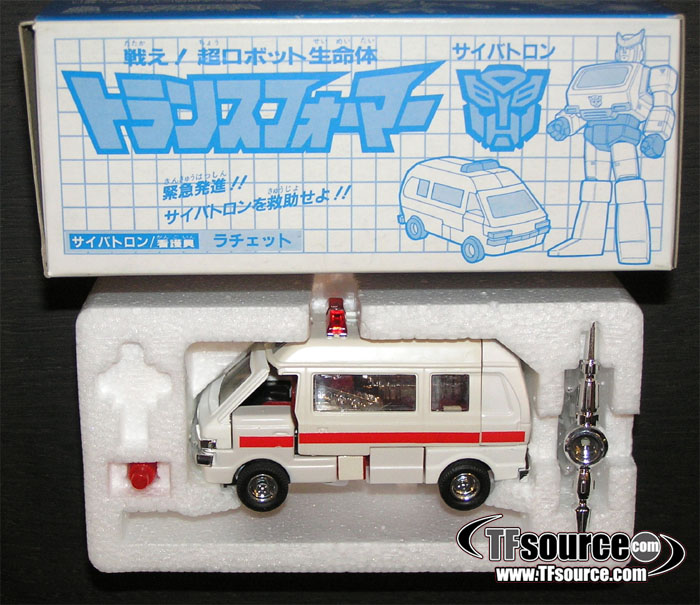 Let’s start with a well-known Japanese G1 mail-away item, Autobot medic Ratchet. Since this figure didn’t get a proper store release in Japan, he was available solely through a mail-order promotion. While some versions came in a boring white mailer with Japanese text on (which I actually prefer, honest!), other versions had gorgeous monochromatic cartoon-style Ratchet artwork. The insert is straight out of the Diaclone Onebox Ambulance package, evidenced by the empty styro space for the Diaclone pilot this figure would have come with during that toy line’s run. 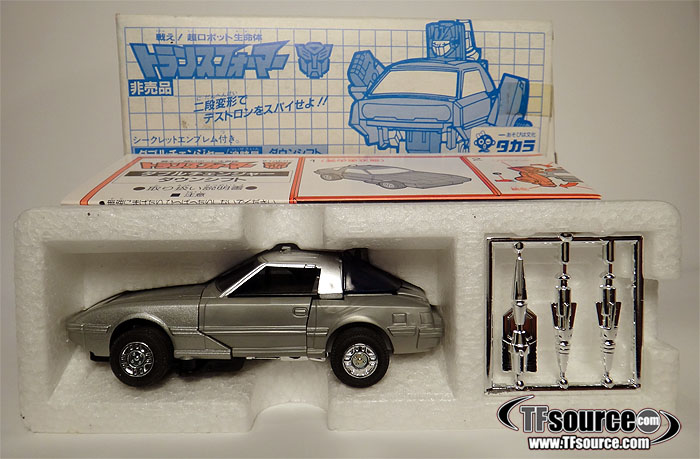 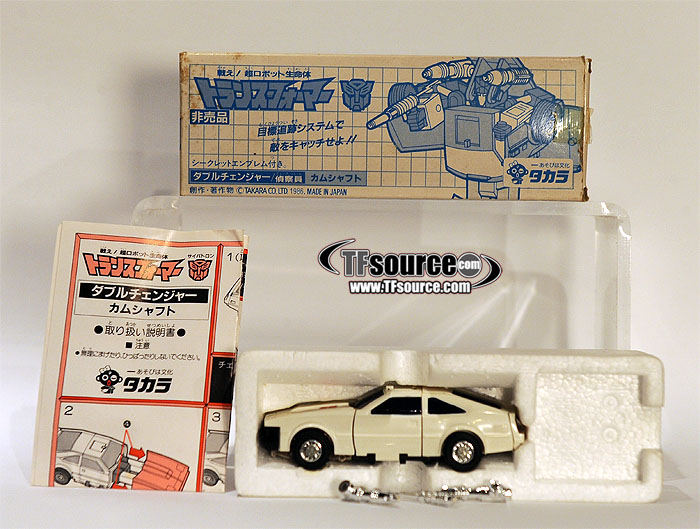 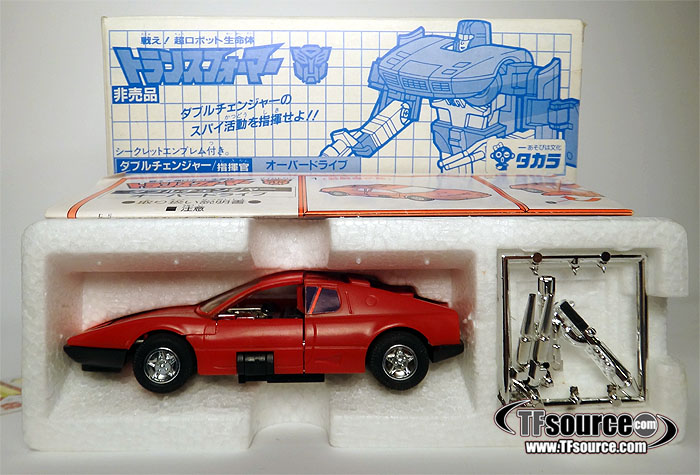 Just like Ratchet, the Omnibots were also available as mail-aways in Japan, Takara again having 2 types of packaging for them; plain white and exclusive monochromatic artwork. The inserts for these were also of Diaclone origin, seeing as all 3 Omnibots were originally Diaclone Double-Changers. Interestingly though, Takara called the white Celica XX “Camshaft” and the grey Mazda Savanna RX-7 “Downshift”, the opposite of Hasbro. “Overdrive” was still the hugely attractive Ferrari 512BB. 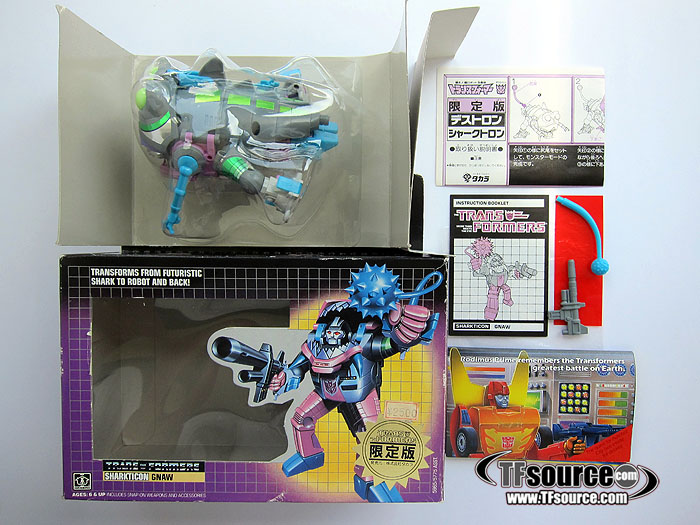 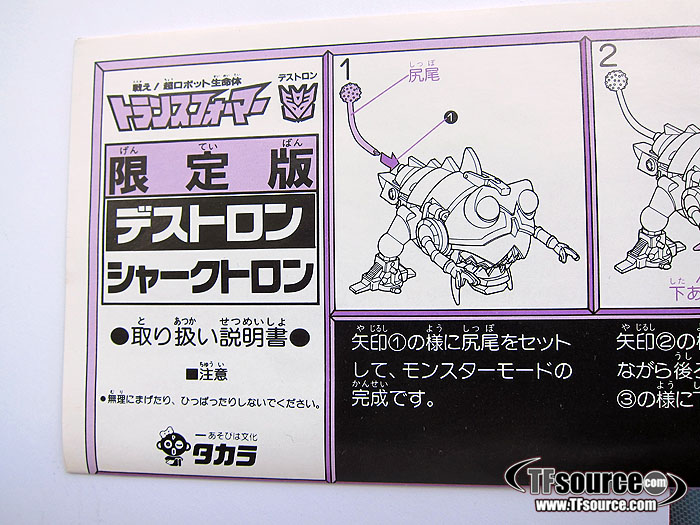 In addition to the exclusive packaging available for some of the Takara G1 mail-away cars, a number of characters were sent out in fully complete Hasbro G1 packaging like the above Sharkticon Gnaw. This was far nicer and probably much more novel for Japanese children and collectors than a simple Hasbro-style non-descript brown mailer box. The Gnaw box has one very obvious distinguishing feature, a circular gold sticker on the front saying “Limited Edition”. Another nice touch is that the figure comes with Hasbro and Takara instructions, a price tag (more like a recommended retail price) and a US promo leaflet. 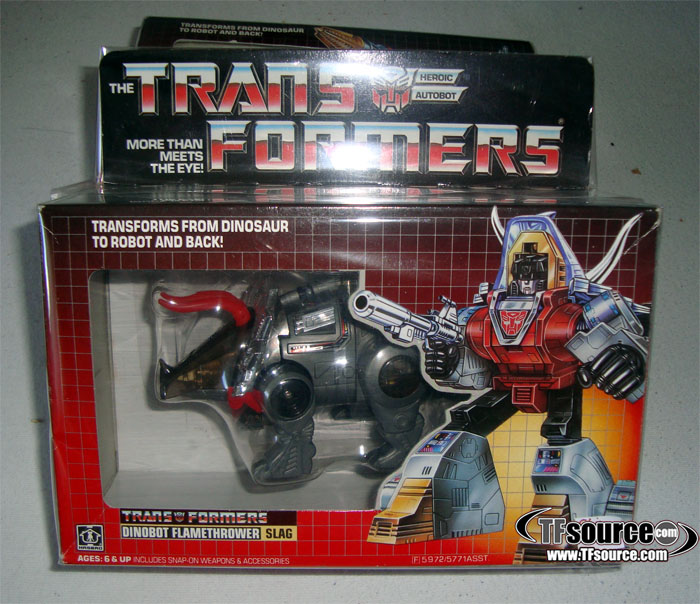 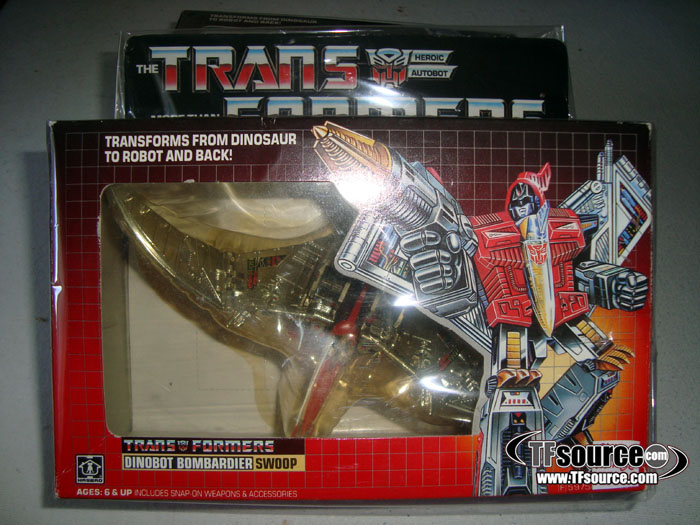 Here are a couple more mail-away Japanese G1 figures in US packaging, but this time it’s the little known about Dinobots from 1992. These figures were available in Japan in stores in Takara style packaging in 1985, but the later mail-away versions were in US boxes and had no rubsigns. There’s a good chance these were of Chinese manufacture. The Decepticon jet Dirge was also available as a G1 mail-away in the 80s in Japan, but again only in American packaging with no real distinguishing features. There is a lovely image on one of the Japanese Animated Movie Laser Disc extras of Takara employees packing up USA Dirges to mail out! 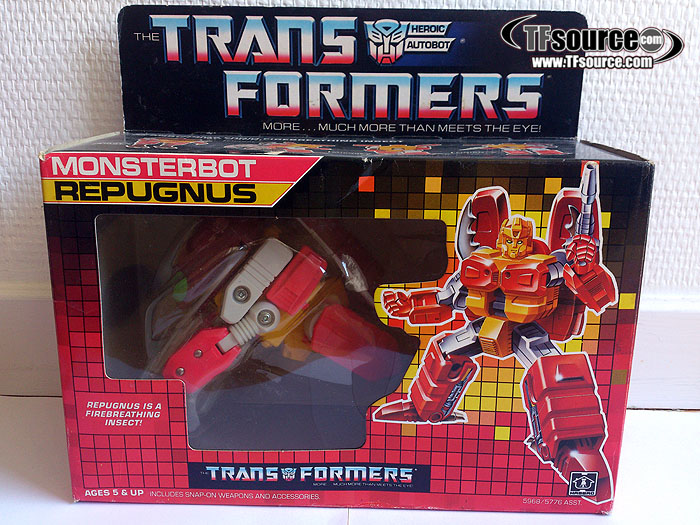 Toys like this are found regularly on Yahoo Japan auctions in US boxes, but never in Japanese packaging or with Japanese paperwork, supporting the theory that they were just US Hasbro items sent out to Japanese customers. Monsterbot Repugnus is another Japanese mail-away in US packaging, many MISB Hasbro versions have been seen on Yahoo Japan auctions. It was thought to be available as “C-98 Repug”, but the evidence suggests it was sent as the specimen above bought from Japan shows. 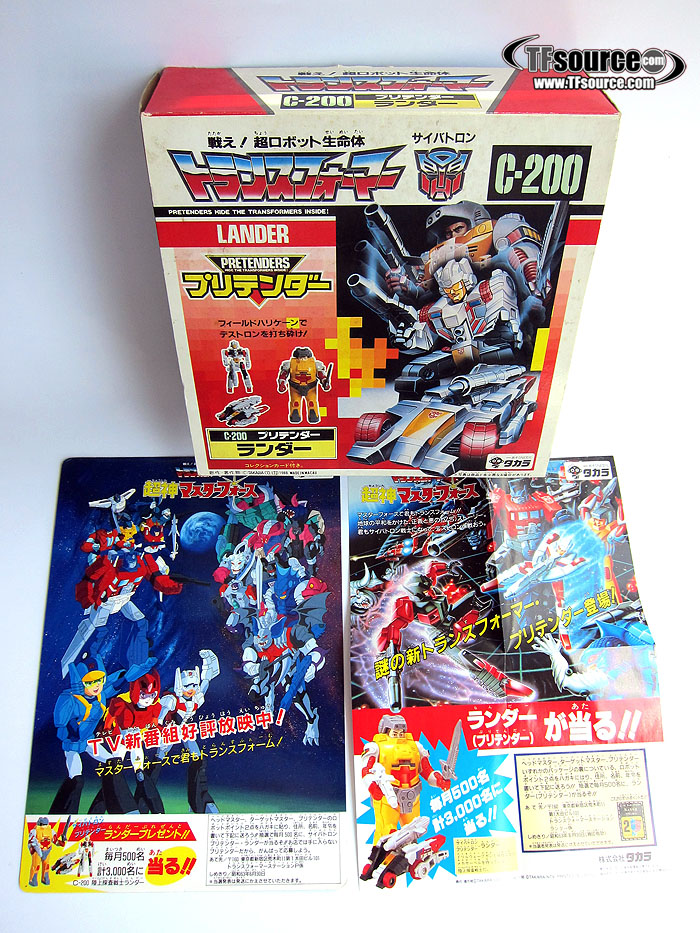 A few weeks back we took a look at the Cybertron (Autobot) characters from the 1988 Japanese-only Transformers anime Chōjin Masterforce (Super God Masterforce). One of the main characters not heavily featured in that article was the Pretender “Lander”, known as Landmine elsewhere. Lander was offered as a mail-away Masterforce toy in Japan, but Landmine was mass release in North America and Europe. 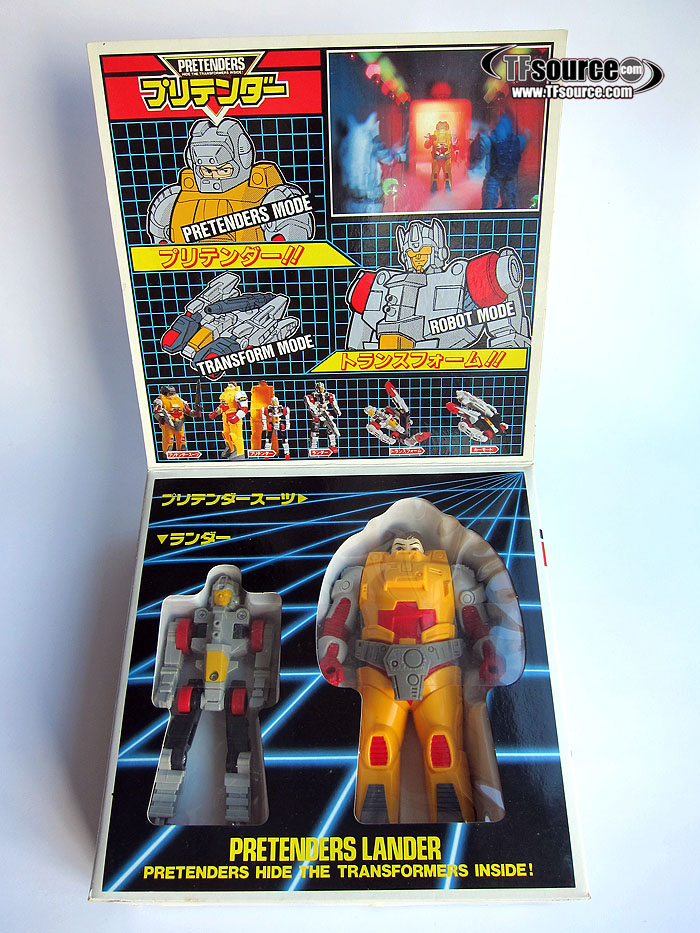 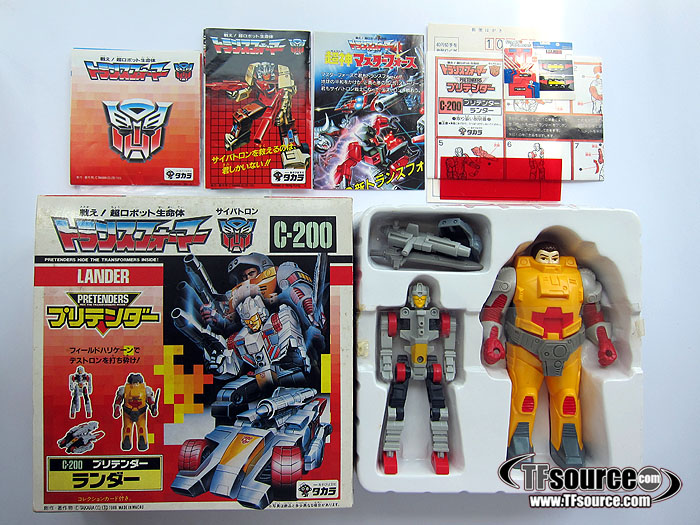 This is another strange example of Takara’s policy with their mail-away toys, not necessarily offering interesting additions to essential character groups, but rather keeping a main character and part of a sub-line back as mail-away only, meaning children and collectors had to go the mail-order route to complete certain groups. 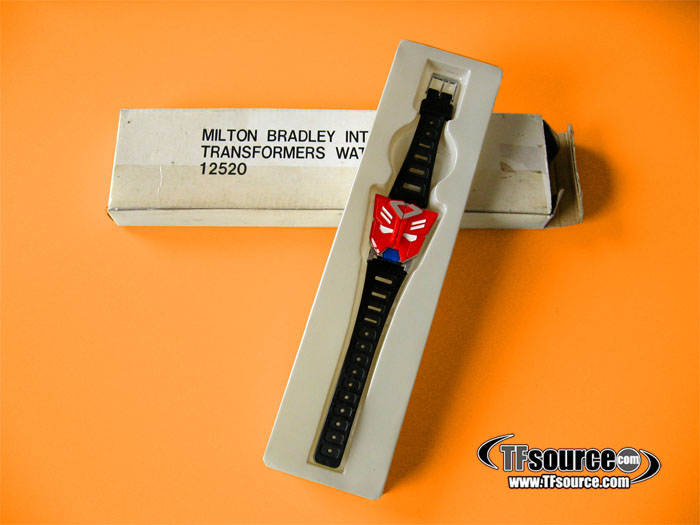 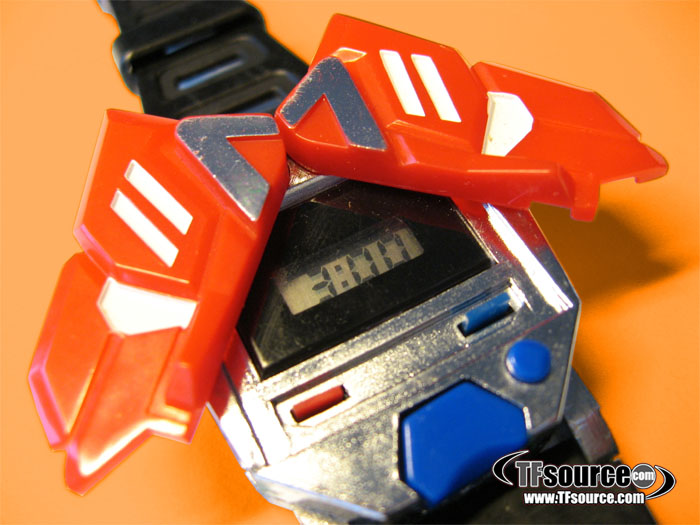 Time Warrior - opened! - aka 3am eternal

Moving away from Japan to Europe, the venerable Time Warrior Autobot Watch was offered in a number of countries as a Robot Points mail-away offer during early G1, and the above example is quite rare to find in Milton Bradley packaging. While not exactly a transforming toy, no one can deny just how much they would have wanted one of these as a child, and if they’re honest, even now! Hasbro in Germany also offered its customers Transformers episodes on VHS as a mail-in promotion: 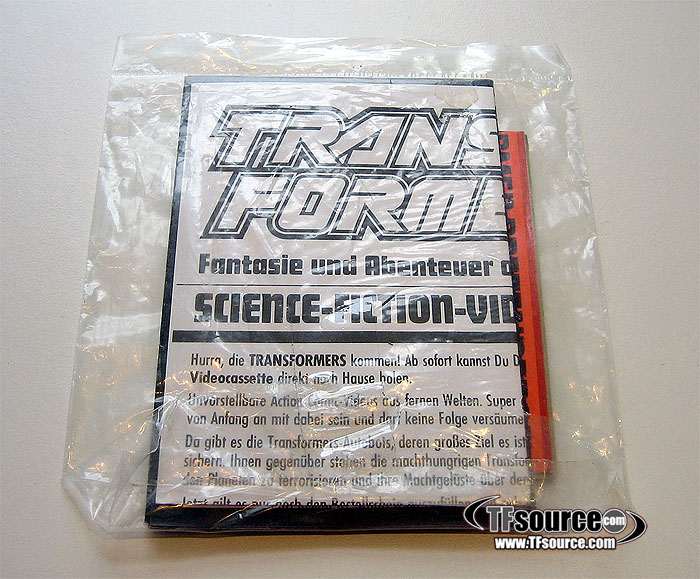 In addition to Japan, US and Europe, mail-away promotions existed in New Zealand as well. Apparently their stock of Transformers arrived late in 1984 and so hit the stores only in 1985. The following mail-away promotional paperwork is very similar to that seen in the US and UK, but the “3” on the front page (bottom left), the Milton Bradley NZ submission address and an offer expiry date of 1988 indicate its true origin: 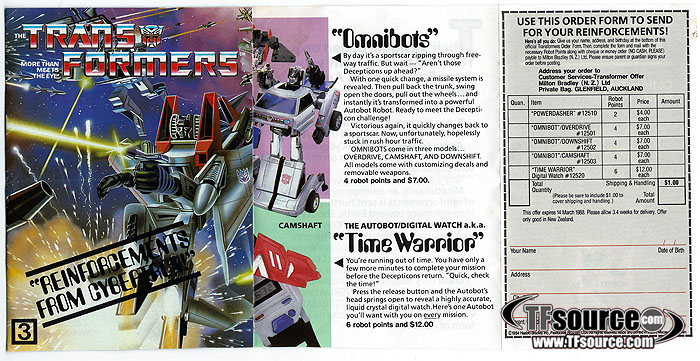 That concludes our tour of some of the more standout mail-away G1 Transformers offered across the world. Various ‘mundane’ characters were offered in addition to those covered over the last 2 weeks as well as items like the UK Weetabix Drag Strip and Aerialbot, but what stands out for me is the difference between the philosophies of Hasbro and Takara when deciding on which characters to restrict to mail-away. Takara’s decision to not release important popular group-completing toys like Dirge, Gears and Ratchet stands in stark contrast to Hasbro’s decision to offer standalone characters or sets like Reflector or the Omnibots and Powerdashers. Hasbro seemed to want to avoid whetting one’s appetite at retail and forcing them to go mail-order to satisfy a collector’s inherent OCD need to complete things.

However much it may annoy those that are burdened with a collector’s display-uniformity OCD, the mail-away boxes for Japanese Ratchet and Omnibots are truly novel and beautiful. Takara have since paid homage to the time-honoured tradition of the mail-away Transformers character with one of their finest reissue releases, a Figure King magazine mail-order exclusive that happens to be a strong personal favourite toy of mine. Long live Tigertrack, and long live the legend of the mail-away Transformer. 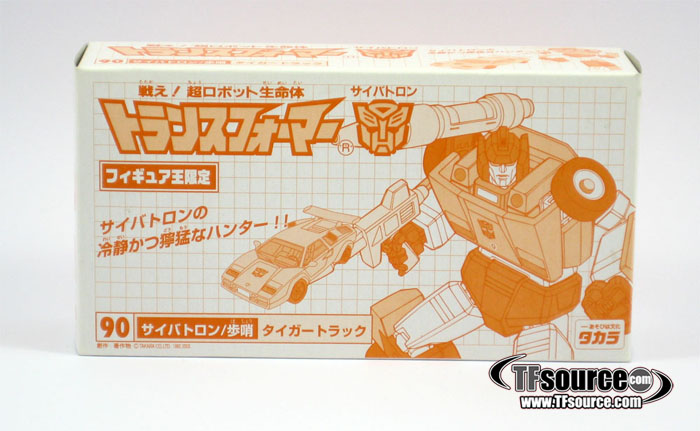 Once again, many kind thanks to our tireless contributors for making these articles come to life with their photography and selflessness, cheers to Heroic Decepticon, Mijo, Martin Lund, Marco Salerno, Footloose, Quint Gremmen, Prime Kiwi and Eric Hall. A finer selection of collectors you will never find.