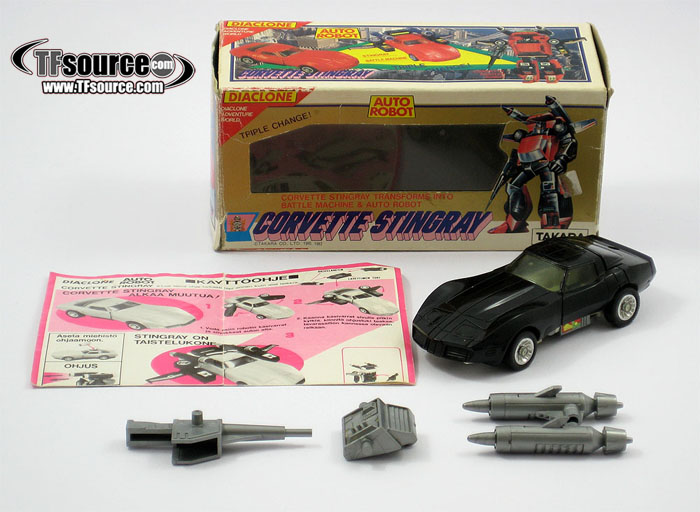 This is an article about priorities, but not just the kind of priorities that we usually discuss in this column. This is not purely a piece about choosing between Diaclones and Transformers, or between Mexican variants and minibots, between current releases and vintage, this is also about choosing between toys and a car or a house. It also will not be relevant to most collectors, but maybe a select few in a similar position to myself.

From the beginning I collected on a tight budget as a student, and always had to search out bargains online or locally. Every time I sold something it was always at a profit because of the diligence I would have to employ with every purchase. More recently with a proper full-time job that I’ve been in for some time, and other smaller irregular revenue streams, I’ve been able to step up my purchases and really start to tick off the big guns on my wants list. 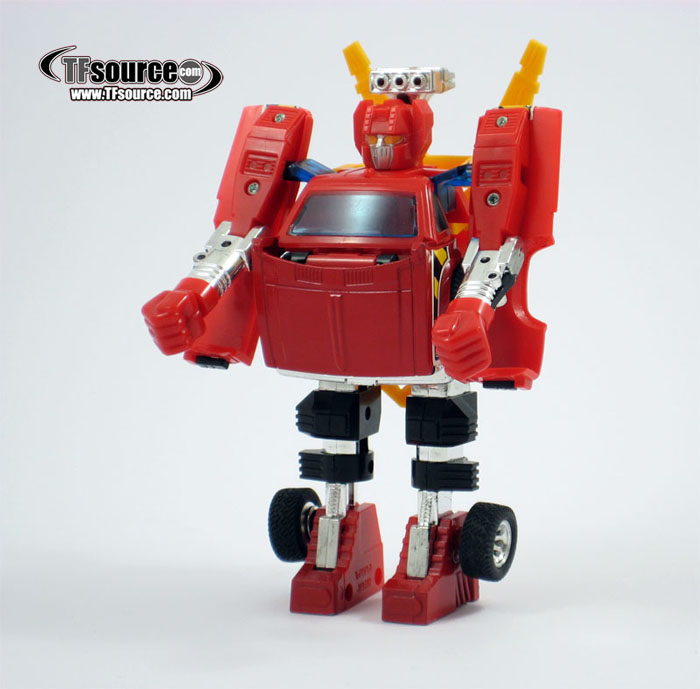 Disposable income is a wonderful thing when you reach a certain age, and enjoying a hobby within moderation means that family, friends, partners and loved ones can appreciate it as an extra-curricular interest that makes up a facet of your personality. Those people can choose to see it as something you enjoy outside of everyday life and appreciate the release it grants you, something they become involved in and take an active interest in sharing with you, or something they don’t really feel the need to know much about, safe in the knowledge and confidence that you will manage your involvement, time and spending within said hobby. 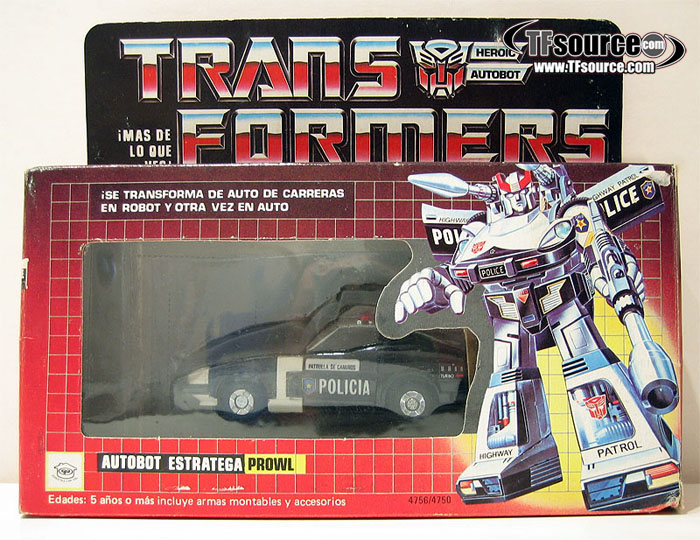 Within those parameters, wherever one falls, you would expect that should something major change in your everyday life, altering your priorities significantly, this would be reflected in how you approach and enjoy your hobby. It is a luxury after all. So if you have sold your toys in the past, there’s a chance that changes to your situation somewhere down the line meant that you could once again pursue your hobby more vigorously. 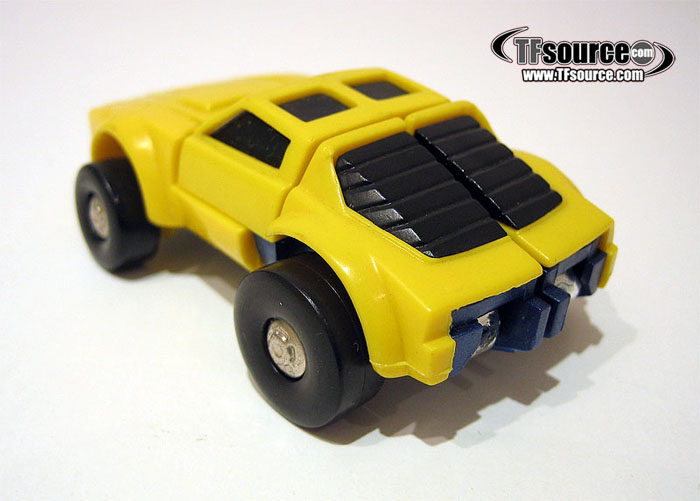 There have been a range of reasons behind my selling of Transformers and Diaclones throughout my collecting history, from needing the money at a specific juncture to no longer being that interested in amassing, documenting or spending time around Transformers. Having gotten married and had a child all within the last 2 years, I have had to prioritise certain areas of toy collecting and sacrifice others for reasons of space, money and achieving goals. This has evolved from spending disposable income only on a particular type of toy (say Movie), to concentrating purely on long-term collecting aims (completing a difficult Diaclone sub-category) and more recently, only spending money that I have made through the sale of other items in my collection. Recycling toy money, basically.

So, the deal I made was to only spend money on toys that I made either through the sale of toys or any toy-related activity like shows or articles. Now, considering my focus was solely on increasingly rare G1 variants or Diaclone, the number and quality of toys I would have to sell in order to afford my grails was growing rapidly. The result was that I had a far smaller collection than I had ever had before, but I was pleased with the image of quality over quantity, and I have always been a little uncomfortable being surrounded on all sides by my Transformers, I preferred to keep my collection trim and easy to appreciate. This arrangement was working out for all involved. 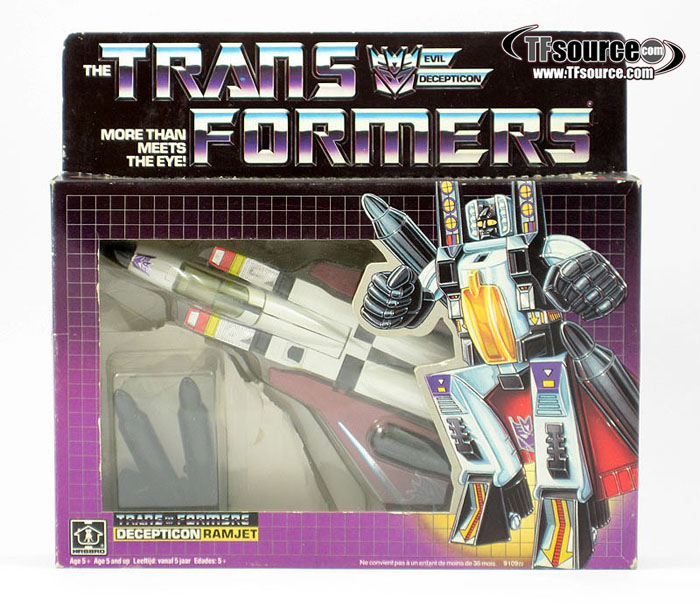 I have always enjoyed finding toys and information that have not been discovered or connected before. Sometimes this has verged on obligation, with more current and better toys being shunned in favour of a G1 packaging variant of a toy I had already owned many times for the sake of an article or line of research, but that was the choice I made. 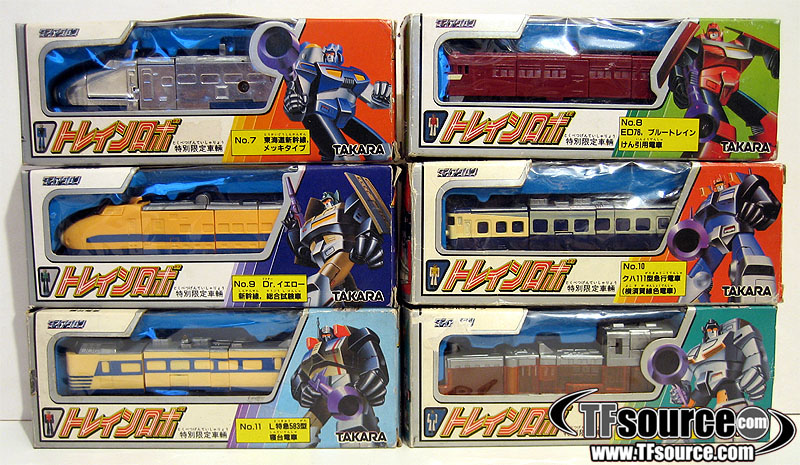 This kind of research and collecting requires a great deal of time spent online, a great deal of communication and networking with fellow collectors and non-collectors alike, and that’s to say nothing of the time spent presenting and publishing the information found. A similar amount of time is required for the finding and buying of rare and desirable variants or Diaclones, but with the added dimension of great expense. 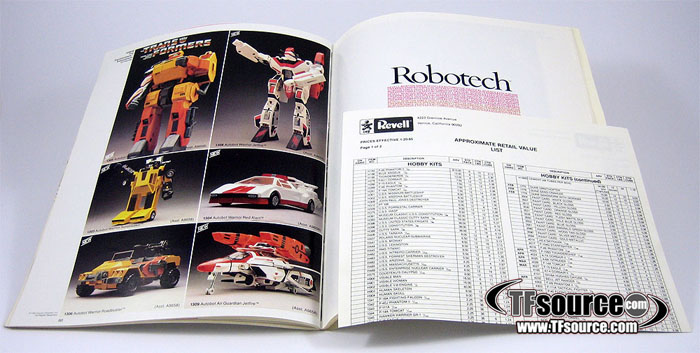 So what does one do when they have still got a few expensive and rare toys left to find in order to complete their collection, but have effectively run out of ‘expendable’ Transformers and related items to sell in order to finance such purchases? On a few occasions I had spent the whole month selling items from my collection and then using the bundle of cash to make one very large purchase at the end of the month, achieving major collecting milestones in short order.

A particularly fruitful couple of months

Thus I reached a point where I could fit the main body of my collection into the equivalent of two free-standing glass display cabinets. And even if I could no longer make any more massive purchases, I was tremendously happy and satisfied with what I had, even if it was still technically incomplete, but I did miss my Prototype, Reissue, E-Hobby, Alternators, Animated, Movie, Classics and regular G1 collection. In some ways it was a little sad that I did not even own examples of bread and butter Transformers like Soundwave, Megatron, Shockwave, Jetfire, Sunstreaker or Bumblebee. Any standard G1 I did own was either a present from a friend or a battered childhood specimen. 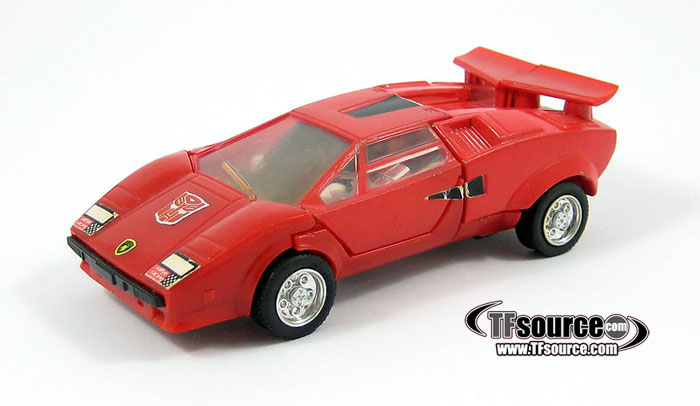 Unlike my collection, life was never going to stand still and the arrival of our baby meant great changes in our income due to moving to a larger apartment and my wife having to take maternity leave. While we were managing well month to month, conversations started to surface where more and more the luxury of owning a small but significant collection of roughly 100 premium or interesting items had to be justified in the long term. Sure, we could manage if I kept my collection and we stayed in the same type of property. Eventually my wife would go back to work and we could begin saving again, depending on the cost of childcare in the future. 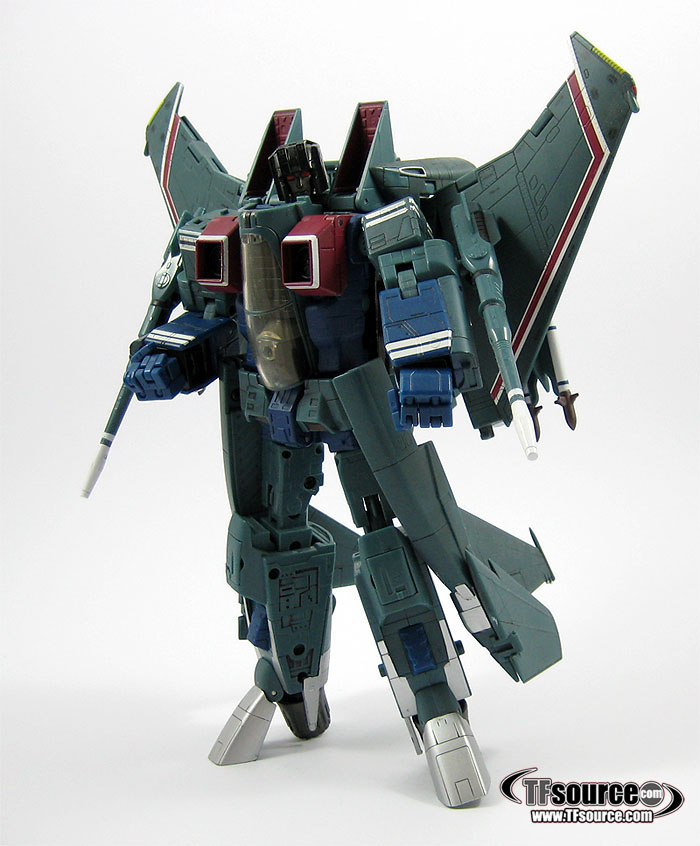 However, the arrival of children signals the end of selfish desires and sacrifices become par for the course. My collection was no longer ‘my’ collection, marriage is the sharing of more than just feelings and words, it’s everything. Yes I purchased most of what I own now from recycled funds made from items bought in my student days, but by the same token should the money I saved before I met my wife be purely for my use and not ours? 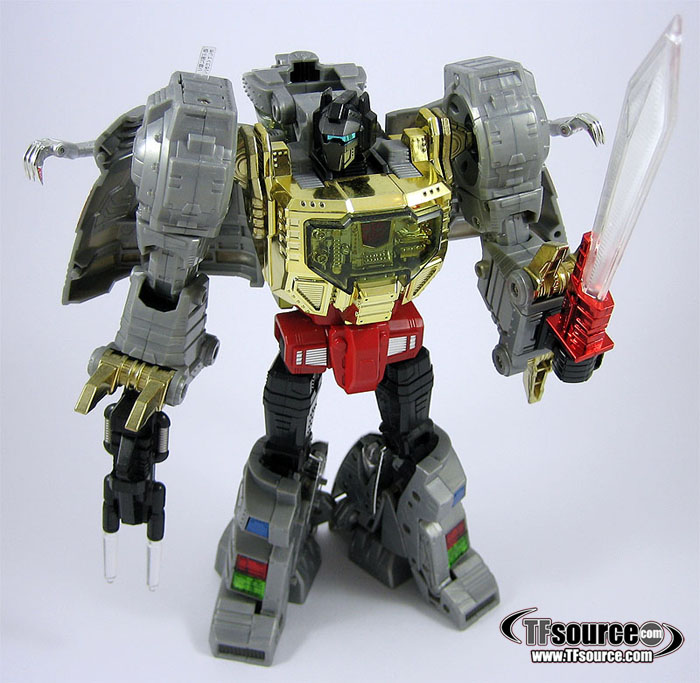 I never bought anything for my collection as an investment either, it just so happened that what I like has appreciated considerably in value, but I’d be just as happy for it to crash and become worthless. But should I be more understanding that my wife, family and in-laws did not feel the same? Should I maybe use this unlikely asset to improve our lives and bring us significantly closer to our goals as a family? A car, a down-payment for our first property, a family holiday…these are important things that can be saved for over a period of time, but what about the here and now? Life has a habit of picking up speed. 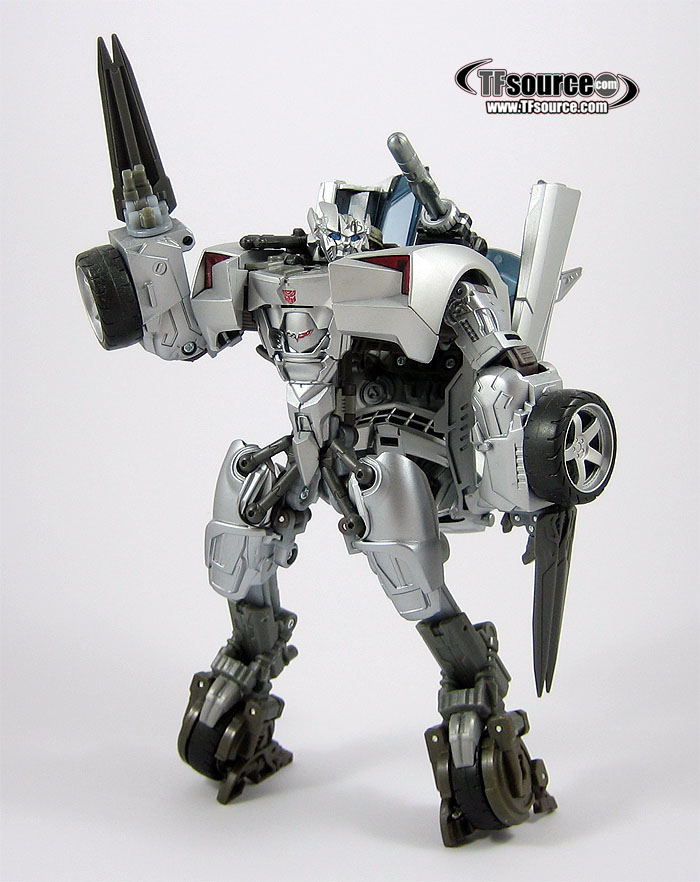 Sure, the simple answer would be to focus on earning more and improving our situation financially so that any consideration given to selling my beloved collection could be buried, but in such times of austerity and insecurity, that is far easier said than done. Of course there are collectors who have many children and can still maintain a formidable collection, I must remind readers that this article is not a generalisation. I could quite easily sell the premium stuff and keep a healthy collection of lower-tier items like my four Human Alliance Movie figures or my collection of Binaltechs and handful of Masterpiece Transformers. But once the true loves have been sold, some of which have only ever been seen once in the era of online collecting, I fear that would signal my final exit from the hobby. If this were to happen, I know my wife fears that I would bear her and those of similar persuasion a degree of resentment. I would like to think not, but I would much rather not find out. 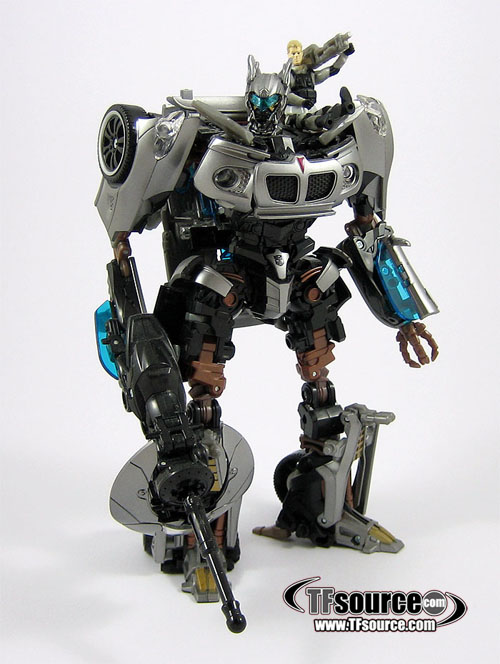 As much as I tell myself that I have adjusted to parenthood seamlessly, there is a nagging feeling that there are certain parts of my old life that I cling to subconsciously, and one of those things may well be my ‘right’ to have a valuable toy collection, or rather, a collection of toys that happens to currently have a high monetary value. For now, I feel no direct pressure to act on any impulse or suggestion, but there are days when I do not remove the protective cover from my display as I cannot face the reminder of how significantly I could improve our situation just by letting go of the 100-or-so elephants in the living room. 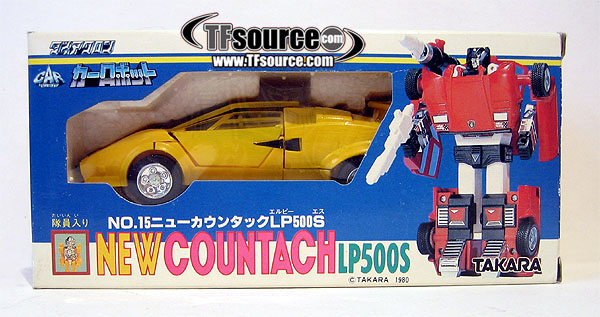 Who knows which unfortunate corner of my collection will come under financial scrutiny next. Will it be the Binaltech? The Alternators original artwork? The European Ceji variants or Japanese Diaclone? However it turns out, I would just love to think that there are some things I will never have to say goodbye to, and that some parts of my collection can be accepted as a priority. 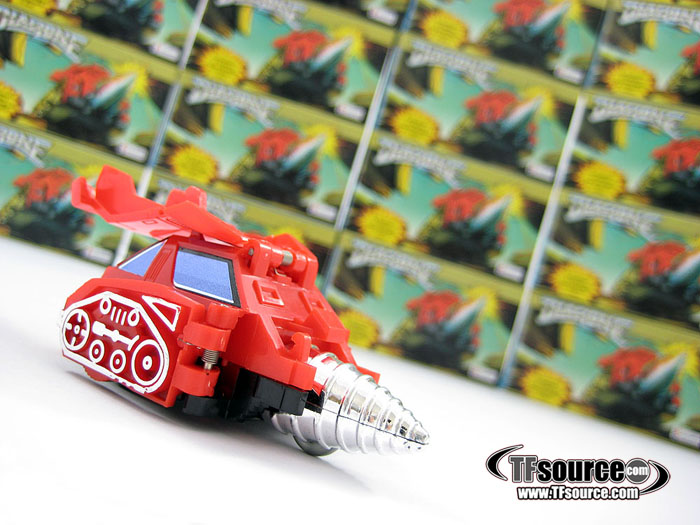