In Their Own Words – Part 5 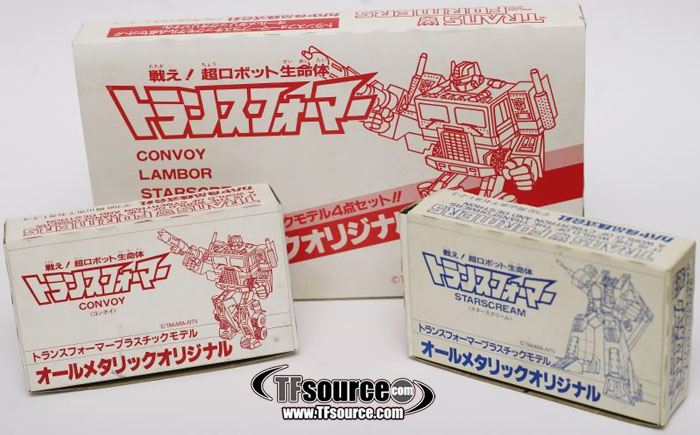 Just when you thought it was safe to read a Transformers blog once more, we have the fifth part of our trilogy of amazing rarities and obscurities contributed by our supportive group of kind and experienced collectors. We’ve seen massively hard-to-find European packaging variants, unheard of pre-Transformers items such as prize collector’s cards and Middle-Eastern Diaclones, Venezuelan minibots and Japanese Transformers in sparkling condition. What more can these guys offer?

This fifth chapter in the series focuses mainly on that especially tight and competitive niche of toy collector known for chasing prize and campaign toys, often referred to as ‘Lucky Draw’ items. These days Lucky Draw items are well advertised and collectors are often able to source these through their contacts or even auctions. In the case of the G1 Lucky Draw Black Tracks, some collectors even entered the competition and won a prize version of the toy legitimately through the contest. Moving on, here is our first contribution… 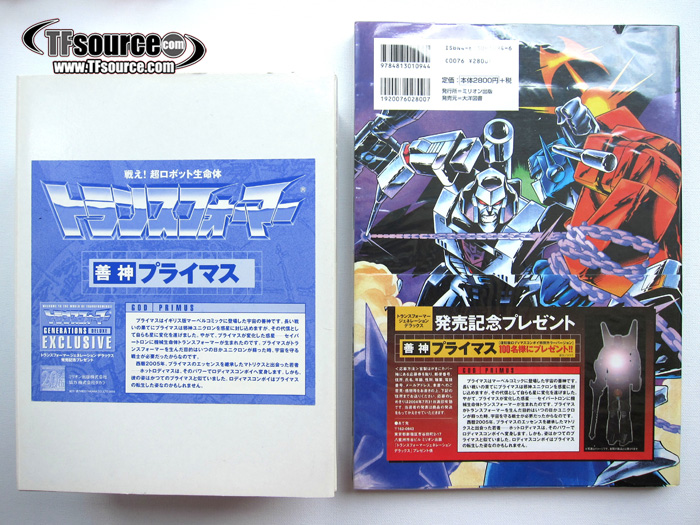 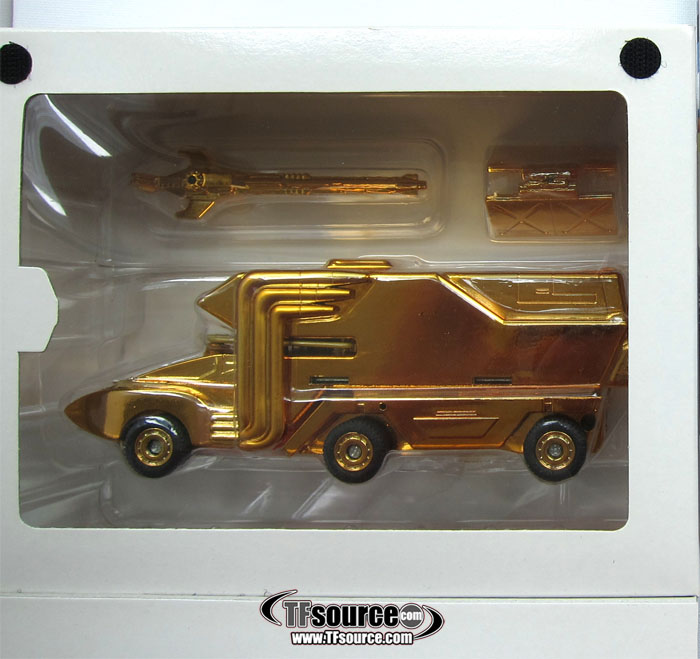 “I didn’t think too much of the Japanese exclusive God Primus lucky draw give away prize when I learnt of it after picking up a copy of Transformers Generations: Deluxe in 2004. Additionally, Japanese lucky draw contests were notoriously difficult to participate in, back at that time – one’d have to have a Japanese contact willing to let one use his/her local Japanese address to even be eligible (not to mention actually winning).

I put God Primus out of my mind until I visited Japan later in 2004 and saw it displayed (together with lucky draw black Tracks) at a Books Kinokuniya store in Shinjuku. I was blown away and decided to get myself a God Primus. However, it was not until May 2011 that I managed to hunt one down at Entertainment Jungle in Osaka.

Among run-of-the-mill Lucky Draw Transformers, God Primus is unique. Instead of being chromed (as these things so often are) entirely in one shade of chrome, usually gold, God Primus actually came in at least 3 different shades of chrome – mostly gold chrome throughout, with rich deep red toned chrome for his waist and upper legs area and a face that is actually silver chromed with metallic blue eyes!” 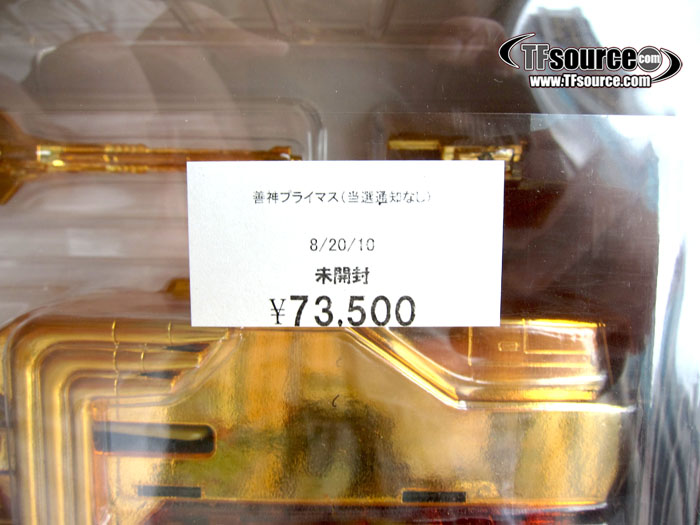 “I am also fond of this toy because of the rich history associated with it, reaching back as far as Marvel US’s ‘Primal Scream’ and Marvel UK’s ‘Origin of Unicron’ story arcs, where Simon Furman acknowledged that he wanted artists to use Rodimus Prime as the conceptual visual basis for Primus.

What made MY piece particularly special to me was the Entertainment Jungle tag on it. In Japan, they don’t apply price stickers directly onto the toy, but wrap a transparent plastic strip around the box then apply the price sticker on the strip. In addition to the price and description of the condition (ie: MISB), Entertainment Jungle also included the date that they acquired the God Primus – the date on the tag was the same as my wedding date!” 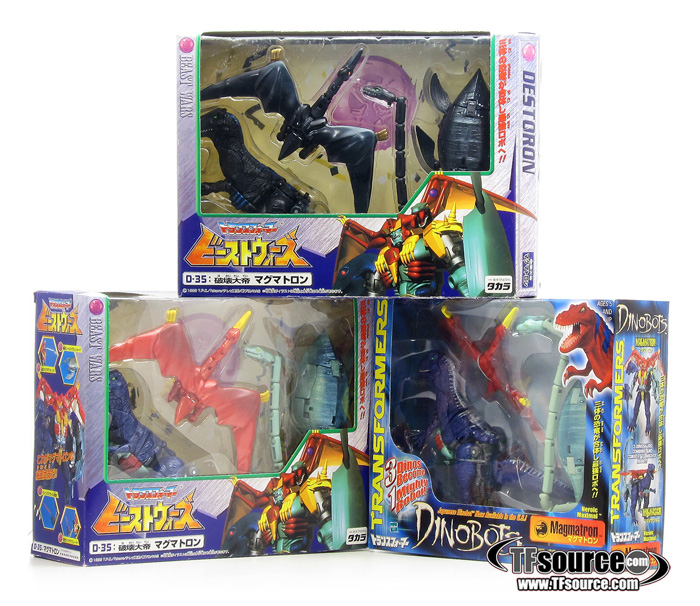 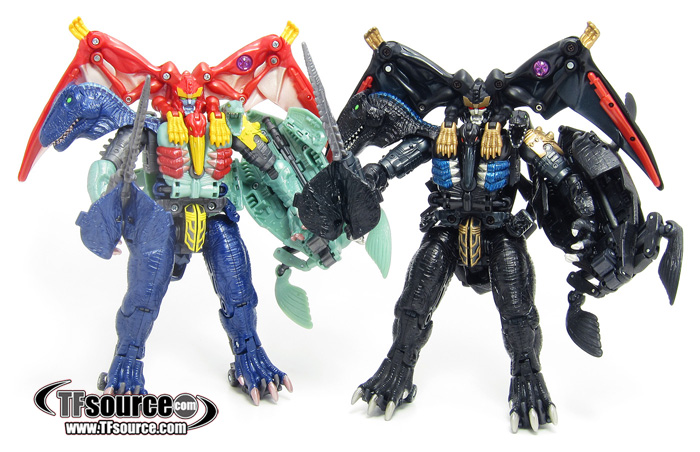 Those are some seriously big ears...

“Black Magmatron was issued as a prize in Japan from the TV Magazine campaign of 1999, and only 10 of these were produced.  Lucky Draw Black Magmatron, as colloquially known in the Transformers community,  receives a mostly ‘black’ makeover.  However,  most of the accessories, paperwork, and packaging are exactly the same as the original Japanese release.  The exception being the Sword hilt/Gun barrel that transforms into ‘Landsaur’s’ neck, which is black, of course” 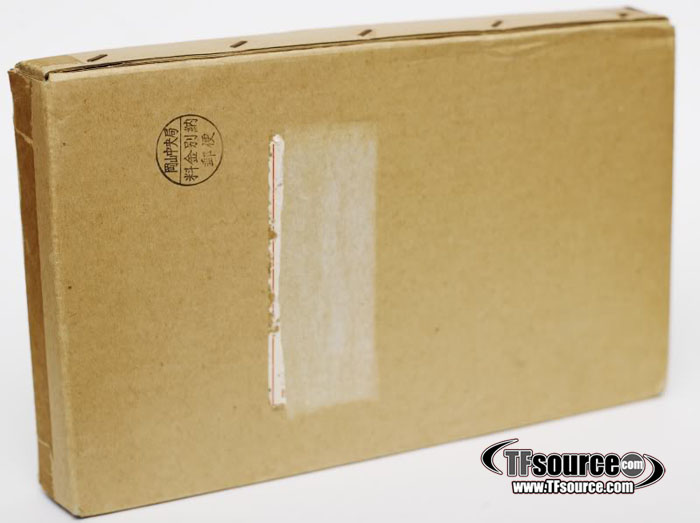 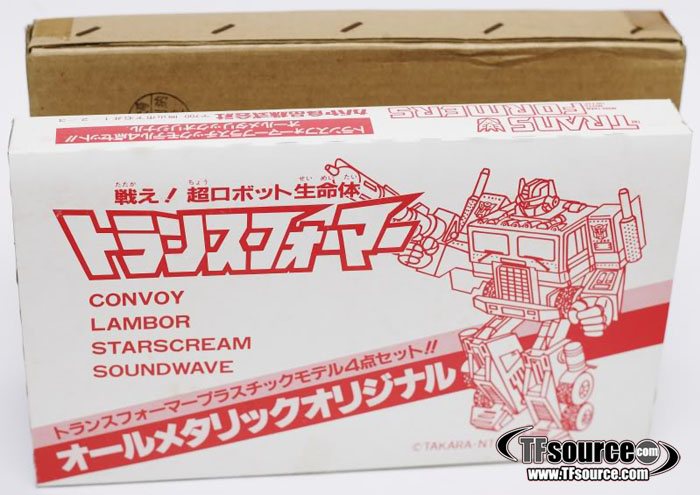 “These first series Kabaya prize kit specials were available as a few single-packed releases and very very very very few giftsets. My set comes accompanied by its original shipping carton. There are also 2nd series chrome kits, available in a slightly differently manner. It is unknown if there is a 2nd series giftset or if they were just released as singles. Series one is comprised of: Optimus Prime, Lambor, Starscream, Soundwave and a giftset of all 4. Series two is comprised of: Megatron, Reflector. Alert and Inferno. Additionally, several smaller chrome Kabaya kits were offered as prizes in gumball machines.” 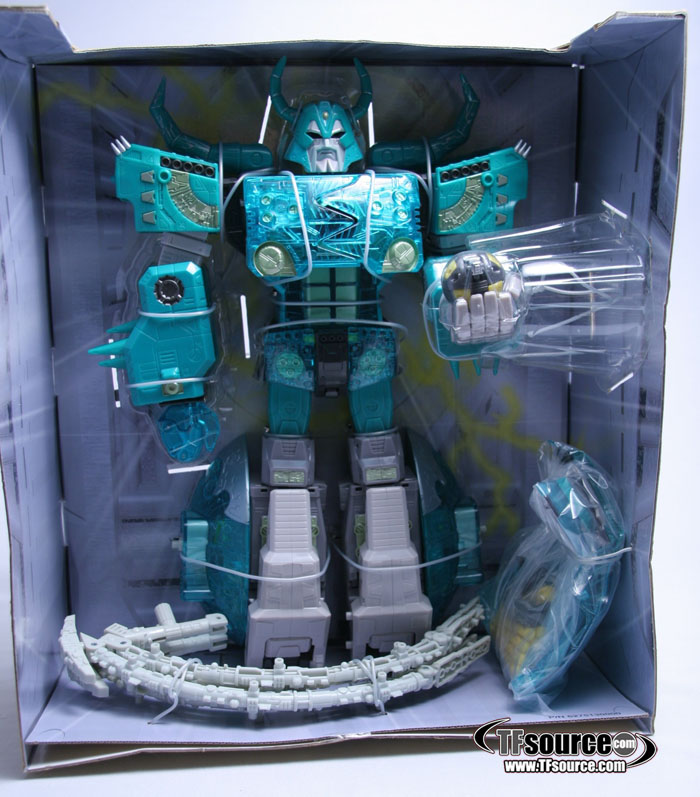 “The story about this piece is that to be honest, I really didn’t want him at the time! The piece that I was trying to go after was the gold chrome MP-01, or Masterpiece Convoy. This piece was part of a package deal, or to get what I was really after, I would have to buy this piece first. However, after purchasing, it slowly began to grow on me. The history I know about this piece was that it was limited to only 10 and was done as a drawing through the 2003 Micron Densetsu Yearbook. Originally, I paid about 3500 for it, and in the end, I sold it to go after another piece in my collection.” 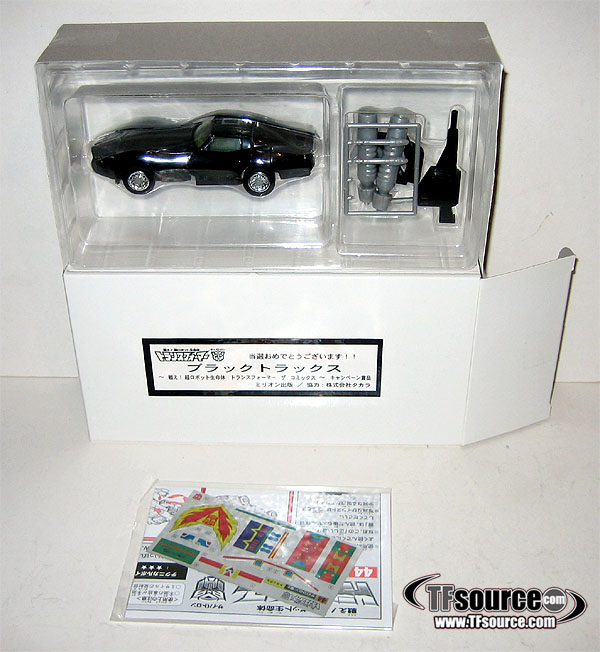 Major thanks to Cholmeley “Ras” Strumgumplet, Heroic Decepticon, Benjamin Davies and HighPrime for their excellent contributions. You can start your collection of Lucky Draw Transformers here at TFsource

In Their Own Words – Part 5